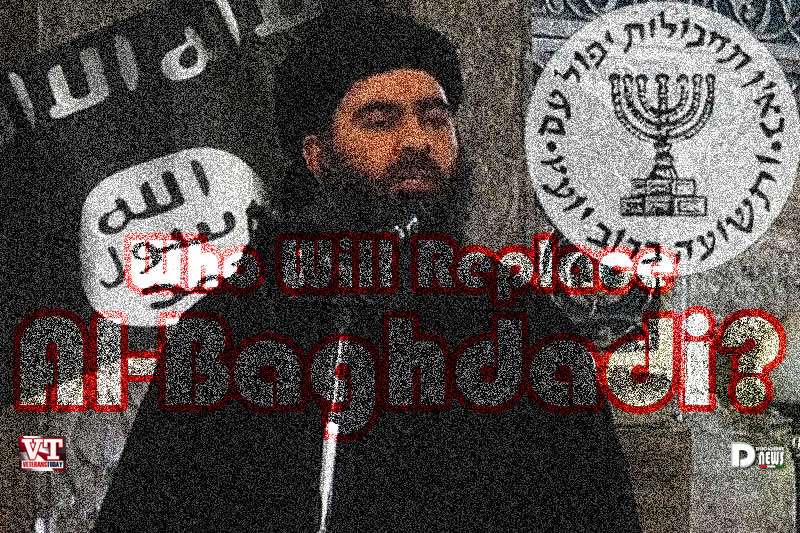 Who Will Replace Al Baghdadi. From Veterans Today.

The Russian Ministry of Defense has reported that according to information, which is being checked through various channels, the Islamic State’s leader Abu-Bakr al-Baghdadi had reportedly been killed as a result of airstrikes conducted by the Russian aircrafts near Raqqa on May 28.

The strikes targeted a meeting of high-ranking Islamic State leaders where al- Baghdadi had reportedly been present. The meeting had been gathered to plan routes for the exit of militants from Raqqa through the so-called “southern corridor.” 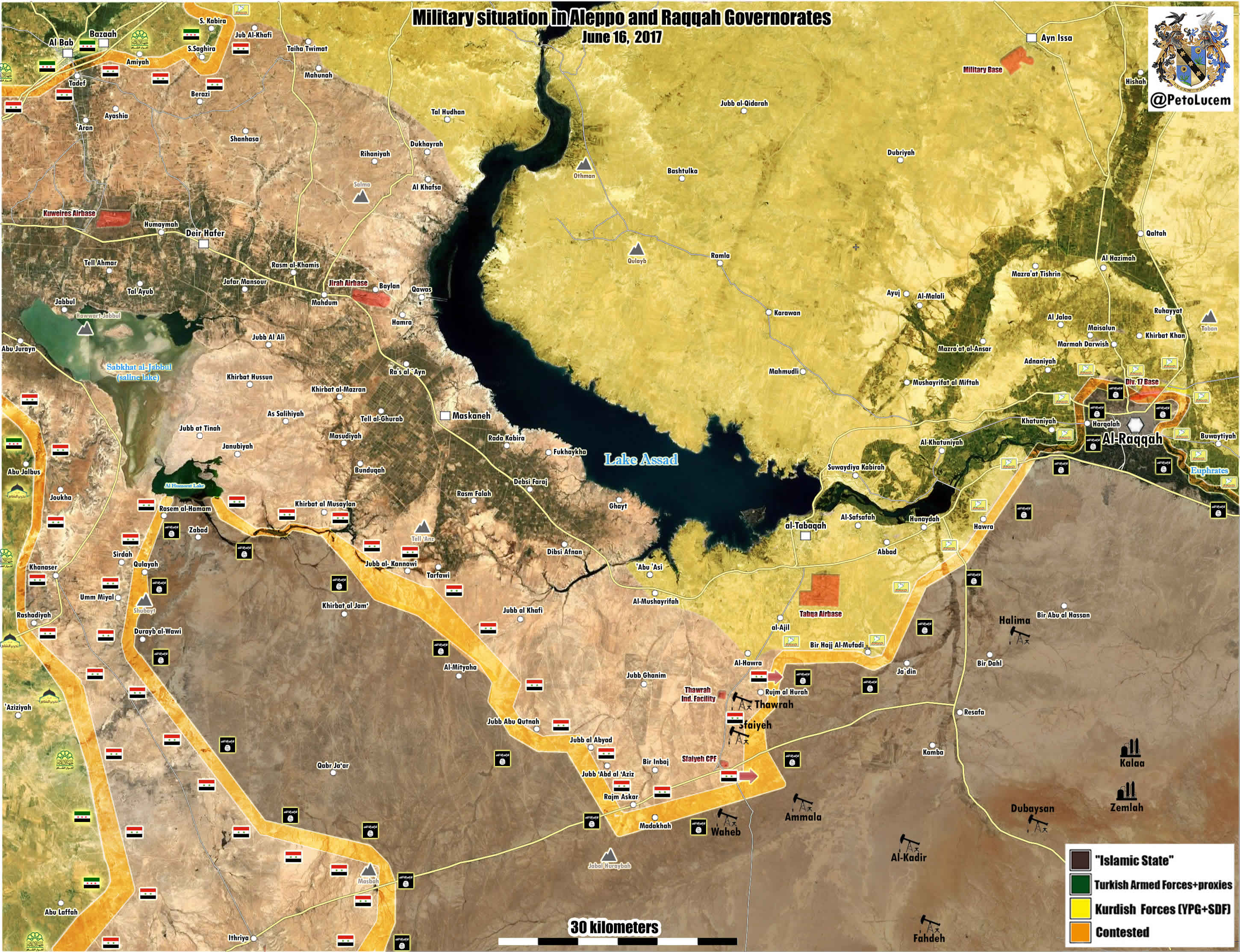 Among 30 field commanders and up to 300 militants who were killed in the strike were Emir of Raqqa Abu al-Haji al-Masri, Emir Ibrahim al-Naef al-Hajj who controlled the district from the city of Raqqa to the settlement of es-Sohne and the Islamic State’s head of security Suleiman al-Sawah.

Although al-Baghdadi has not publicly appointed a successor but two of the closest aides who have emerged as his likely successors over the years are Iyad al-Obaidi, his defense minister, and Ayad al-Jumaili, the in charge of security. The latter had already reportedly been killed in an airstrike in April in al-Qaim region on Iraq’s border with Syria. 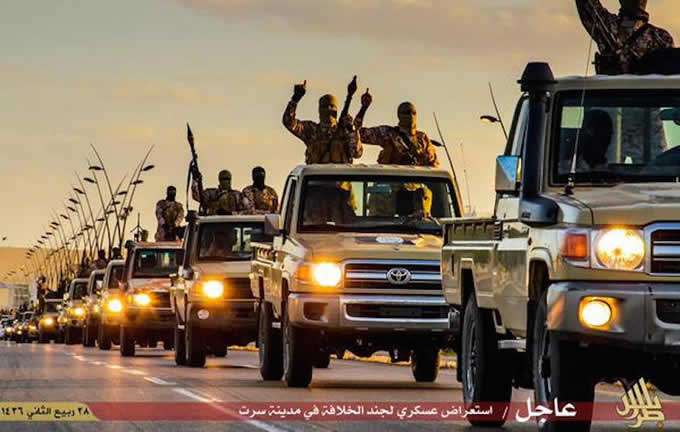 It should be noted, however, that the US State Department and the Pentagon have neither confirmed the death of al-Jumaili nor al-Baghdadi. The mainstream media is bending over backwards to prove that al-Baghdadi is still alive and has been hiding in the desert between Raqqa and Mosul with only two of his bodyguards in a pickup truck.

It is not in Washington’s interests right now to confirm the deaths of the Islamic State’s top leaders even if it has received credible reports of their deaths because the US troops and the allied local militias have mounted offensives against the Islamic State’s strongholds of Mosul and Raqqa which have caused colossal loss of human lives.

Conventional munitions and white phosphorous are being used in large quantities against the residents of both cities, and public opinion is swiftly turning against the ill-conceived intervention in Iraq and the illegitimate US interference in Syria on the pretext of waging a war against terrorism. 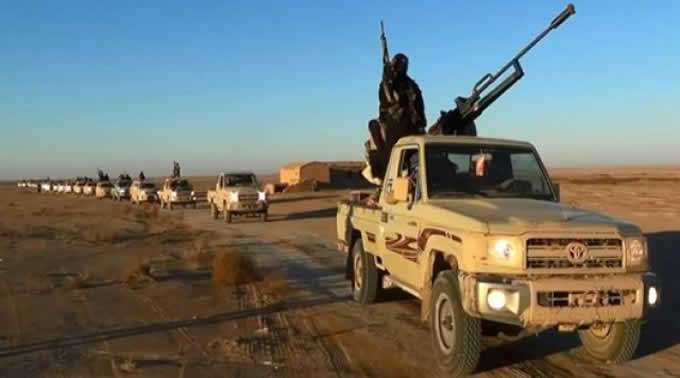 According to the Russian and regional media, the US Air Force has been showering Raqqa with white phosphorous, and at the same time, the US has provided a safe exit to jihadists to escape through the “southern corridor” to the oil-rich governorate of Deir al-Zor which has been contested between the Syrian government troops, the Islamic State and the US-backed so-called “moderate” militants.

Thus, rather than a genuine war to eliminate terrorism, the US-led war against the Islamic State is turning out to be a scramble for territory in order to Balkanize Syria between the Kurds in the north, the Syrian government in the west and the US-backed Sunni Arab militants in the energy-rich east.

Therefore, it is not in Washington’s interests to verify the elimination of the Islamic State’s top leadership even if it has received credible reports to the effect because the bogey of al-Baghdadi must be kept alive until the US achieves its strategic objectives in Syria and Iraq.

Phosphorus Bombs US Coalition in Syria

Excluding al-Baghdadi and some of his hardline Islamist aides, the rest of Islamic State’s top leadership is comprised of Saddam era military and intelligence officials. According to an informative reported, hundreds of ex-Baathists constitute the top and mid-tier command structure of the Islamic State who plan all the operations and direct its military strategy.

Thus, apart from training and arms which have been provided to Sunni Arab militants in the training camps located on the Turkish and Jordanian border regions adjacent to Syria by the CIA in collaboration with Turkish, Jordanian and Saudi intelligence agencies, the only other factor which has contributed to the stellar success of the Islamic State is that its top cadres are comprised of professional military and intelligence officers from the Saddam era.

Moreover, it is an indisputable fact that morale and ideology plays an important role in battle, and well informed readers must also be aware that the Takfiri brand of most jihadists these days has directly been inspired by the puritanical Wahhabi-Salafi ideology of Saudi Arabia, but ideology alone is not sufficient to succeed in battle.

Looking at the Islamic State’s astounding gains in Syria and Iraq in 2014, a question arises that where does its recruits get all the training and state-of-the-art weapons that are imperative not only for hit-and-run guerrilla warfare but also for capturing and holding large swathes of territory?

The Syria experts of foreign policy think tanks also seem to be quite “worried” these days that where does the Islamic State’s jihadists get all the sophisticated weapons and especially those fancy Toyota pickup trucks mounted with machine guns at the back, colloquially known as “the Technicals” among jihadists?

According to a revelatory December 2013 reported from a newspaper affiliated with the UAE government which supports the Syrian opposition, it is clearly mentioned that along with AK-47s, RPGs and other military gear, the Saudi regime also provides machine gun-mounted Toyota pick-up trucks to every batch of five jihadists who have completed their training in the training camps located at the border regions of Jordan.

Once those militants cross over to Daraa and Quneitra in southern Syria from the Jordan-Syria border, then those Toyota pickup trucks can easily travel all the way to Raqqa and Deir al-Zor and thence to Mosul and Anbar in Iraq.

Moreover, it is clearly spelled out in the report that Syrian militants get arms and training through a secret command center based in the intelligence headquarters’ building in Amman, Jordan that has been staffed by high-ranking military officials from 14 countries, including the US, European nations, Israel and the Gulf Arab States to wage a covert war against the government in Syria.

Notwithstanding, in order to create a semblance of objectivity and fairness, the American policymakers and analysts are always willing to accept the blame for the mistakes of the distant past that have no bearing on the present, however, any fact that impinges on their present policy is conveniently brushed aside.

In the case of the creation of the Islamic State, for instance, the US policy analysts are willing to concede that invading Iraq back in 2003 was a mistake that radicalized the Iraqi society, exacerbated sectarian divisions and gave birth to an unrelenting Sunni insurgency against the heavy handed and discriminatory policies of the Shi’a-dominated Iraqi government.

Similarly, the “war on terror” era political commentators also “generously” accept the fact that the Cold War era policy of nurturing al-Qaeda and myriads of Afghan so-called “freedom fighters” against the erstwhile Soviet Union was a mistake, because all those fait accompli have no bearing on their present policy.

The corporate media’s spin-doctors conveniently forget, however, that the creation of the Islamic State and myriads of other Sunni Arab jihadist groups in Syria and Iraq has as much to do with the unilateral invasion of Iraq back in 2003 under the Bush Administration as it has been the doing of the Obama Administration’s policy of funding, arming, training and internationally legitimizing the Sunni Arab militants against the Shi’a-dominated Syrian regime since 2011-onward in the wake of the Arab Spring uprisings in the Middle East and North Africa region.

In fact, the proximate cause behind the rise of the Islamic State, al-Nusra Front, Ahrar al-Sham, Jaysh al-Islam and numerous other Sunni Arab militant groups in Syria and Iraq has been the Obama Administration’s policy of intervention through proxies in Syria. 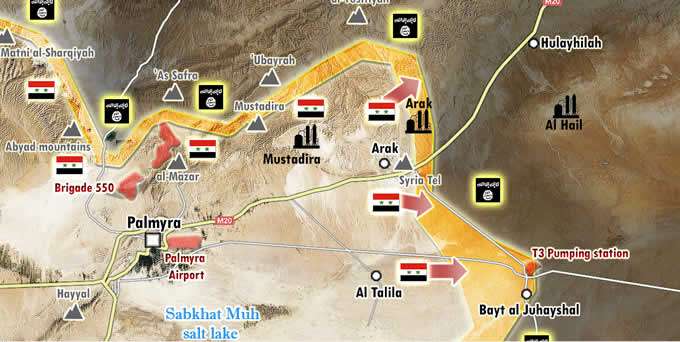 The border between Syria and Iraq is quite porous and poorly guarded. The Obama Administration’s policy of nurturing militants against the Assad regime in Syria was bound to have its blowback on Iraq, sooner or later. Therefore, as soon as the Islamic State consolidated its gains in Syria, it overran Mosul and Anbar in Iraq in early 2014 from where, the US had withdrawn its troops only a couple of years ago in December 2011.

And now, the wretched inhabitants of those regions are once again in the line of fire from the Islamic State’s suicide blasts and car bombings, on the one hand, and the US-backed artillery shelling, aerial bombardment and white phosphorous, on the other.