What Is Meant By Crystallization And Ascension – Dr. Schavi 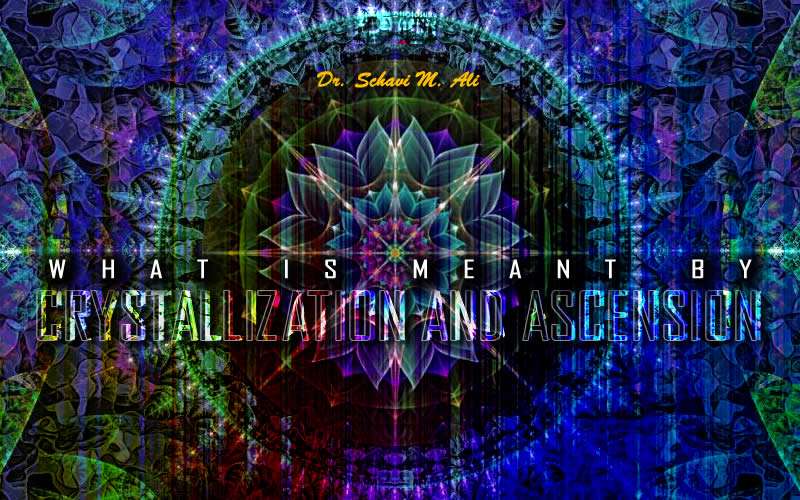 What Is Meant By Crystallization And Ascension

What Is Meant By Crystallization And Ascension – By Dr. Schavi M. Ali

Transformation of DNA and elevation in consciousness is a change in frequency.

The word “frequency” is defined as the continuing cycles of movement of a given thing at specific time sequences. This has come to be known as “Hertz”.

This term is from the Physicist, Dr. Henrich Rudolf Hertz, born February 22, 1857, who studied electromagnetic frequencies. However, this subject was known by ancient civilizations but expressed in a different manner.

For example, in the AXIOMS OF TEHUTI (who is also known as “Thoth”), which are often referred to in sharing ancient wisdom, the following is found:” In every one of the compound bodies, there is a number. Without number, there can be no constitution, composition, or dissolution.” He also taught: “All things have vibrations.”

In other words, happenings occur in specific movement cycles in order for something to exist, and in the existence of something, there is a type of character, consistency, and transformational power. 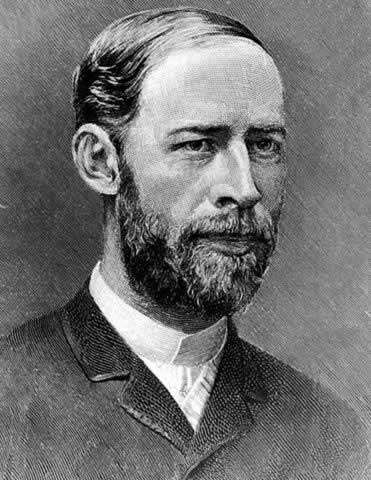 There is currently a quickening of life force in creation, especially in humanity.

This is due to the intensified solar energetics driven by the Great Central Sun and via SOURCE which has, of course, created all of the cosmic energies for cleansing and illumination of all of the cosmos or multi-verse.

Earth/Gaia is receiving an enormous amount of SOURCE ENERGY which has been discussed in previous articles, and some of this energy is detected by sophisticated technological equipment; but some of of this energy cannot be detected because it can only be experienced.

Thus, when solar flares and winds are rated as being low via mankind’s technological devices, there is still a mighty surge of LIGHT pouring into the planet.

One proof of this is that collective consciousness is increasingly leveling-up.

Focus is being placed more on higher knowledge (much of which is ancient) rather than on material information of a “3d” modality.

More people are endeavoring to use their pineal and pituitary power to understand sacred principles and to connect with their Higher Selves—their Souls—the Divine messaging centers.

Thus, “Crystallization” does not suggest that human beings are turning into Quartz Crystals.

What is meant by this term is that thought processes, which are the electrical frequencies, are more “spiritualized” or of major photonic energy—greater LIGHT.

This LIGHT is spinning faster and faster within all aspects of the physical vessel, and molecules are moving at great speeds accordingly.

Often these speeds are felt as heat surges with sweating, and this is not what traditional medical science would term as a menopausal hot flash!

Men, too, who are labeled as being “andropausal” at certain earthly chronological ages, are having these heat sensations as well–at all ages!

It is true, however, that some scientists have indeed detected that there is a bright glow within and around the cells of certain types of people who meditate often and who have mystical abilities.

Therefore, because Quartz Crystals tend to be clear and particular ones are filled with colorful rainbow light (refractions of ancient sunlight on water droplets) or are of pure clarity, the term “Crystallization” is employed as an example of the higher rise of human consciousness. 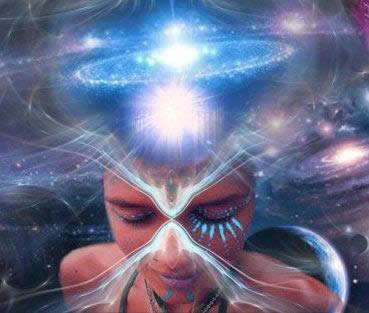 There is, thus, a clearer understanding of the many dimensions of the SACRED being developed in more and more people.

The word “Ascension” explains the process of the elevation of individual and collective consciousness to the spiritual heights mentioned above.

It does not mean that human beings are lifting off from the planet and soaring throughout the skies, even though certain Eastern mystics such as Yogis (male) and Yoginis (female) do have the capability of elevating from seated positions while meditating. However, this is not the usual experience of others.

It is “Manas” (Sanskrit for “Mind”) that is in reception of astounding knowledge during an “Ascension” process.

Therefore, whenever anyone receives a Divine revelation, he or she has reached a level of “Ascension”.

It also refers to the amazing capabilities of certain mystical individuals such as instantaneous healing or clairaudience, clairvoyance, clairsentience, etc.

Paintings and drawings of ancient Avatars, Saints, and Sages have halos around their heads, and many are referred to as “Ascended Masters” (with the term “Master” referring to both males and females).

Just one example of thousands is the female Maio Shan who lived in a cave off of the coast of China in the ninth century B.C.E.

She prayed and meditated daily and developed a profound healing ability. She rescued shipwrecked sailors.

It is believed by many that she was an Avatar ( Sanskrit for “One Who Descends”) who came to the planet for the purpose of helping all people who called upon her. Thus, she was as aspect of the DIVINE MOTHER.

An “Avatar” is actually SOURCE who has taken-on the physical type of whatever planetary realm is in need of assistance.

Ancient scriptures teach of the fact that when a planet (in this case Earth/Gaia) becomes steeped in turmoil (like in the “Kali Yuga” era or “Age of Chaos”), the Divine or SOURCE will assume human form to destroy evil and to save and teach the righteous.

Sri Bhagavan Krishna teaches this to the royal Prince Arjuna in the holy text known as the BHAGAVAD GITA (“Celestial Song”) which is a part of the larger sacred text known as the MAHABHARATA (“Great Land of the Light of the Soul”). 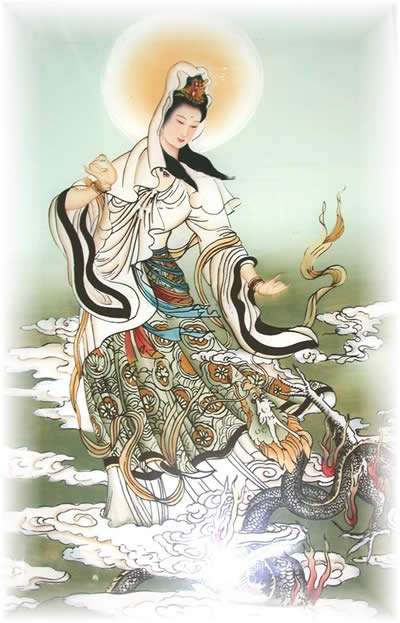 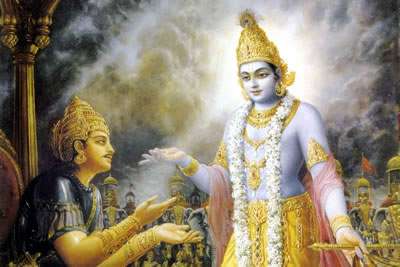 “Crystallization” and “Ascension” are on-going as we move into the “New Golden Age”.

It has to be so that when the new space/time continuum truly is anchored into the planet, the ability to move easily throughout various dimensions and yet to be of a specific planetary domain is seen as a “normal” lifestyle.

As Tehuti taught: “Humanity has the potential for immortality”.

There are many persons who do not believe that so-called “aliens” have visited and are still visiting Earth/Gaia.

They think that this planet is the only one which contains life forms, even though if they view the universe through a telescope, they see billions of stars and galaxies.

This disbelief is due to their having been programmed to think that life on other planets is only for television or theater movie screens, while researchers are daily finding evidence of “aliens” having been here and of their current arrivals.

Disbelief is also because sometimes the human earthly ego thinks that it knows everything when it only knows a mere fraction of the creations of SOURCE.

In times to come, and it will be not too distant, so-called “aliens” will show themselves more readily in daylight hours in certain places where there are lots of people (such as shopping malls, sports arenas, musical concerts, etc.), and then there can be no attempts at covering-up the fact of their existence when they land in what is termed “plain sight”.

Those “aliens” with greater knowledge are willing to help Earth/Gaia in its elevation to intense LIGHT and FASTER VIBRATIONS.

In fact, some ancient Vedic scriptures teach that some of the Avatars are actually immortal beings from other planetary realms.

The aspects of SOURCE are certainly much more astounding to comprehend than we realize.

This makes the journey throughout the cosmos very interesting.

LIGHT is coming into us with potent speed. Let us embrace it because it is filled with our “Crystallization” and “Ascension”.

We are witnessing and experiencing dramatic occurrences on this beautiful “Blue Planet”. 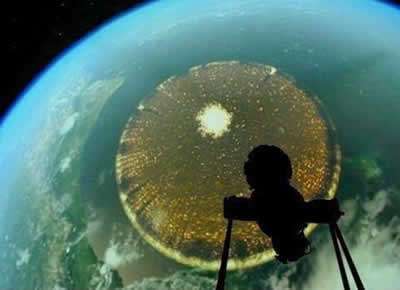 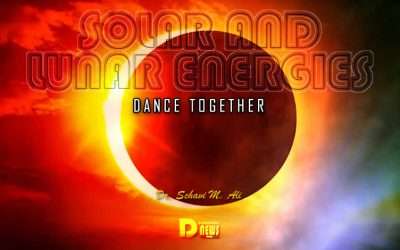 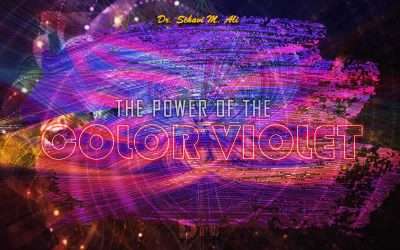 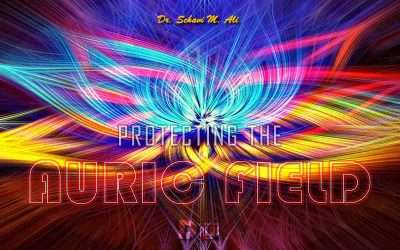 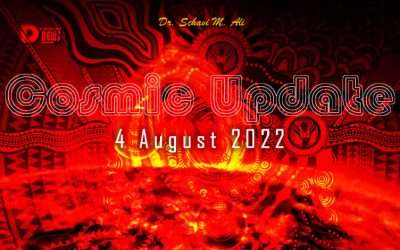 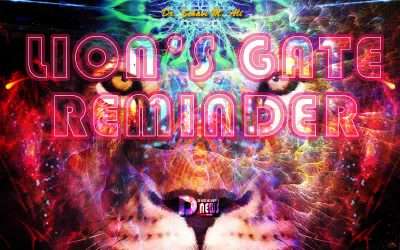