What is Lying? – Untrustworthy Behaviors Part 5 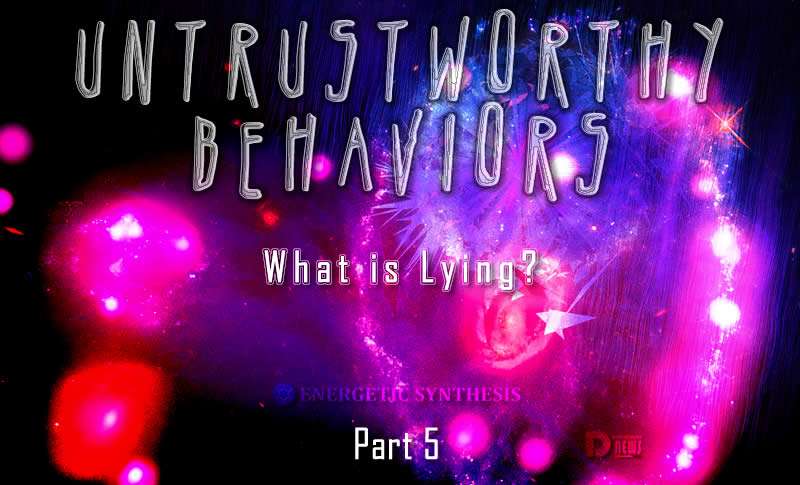 What is Lying? By Lisa Renee.

A Lie is simply defined:

Misinformation: To invent or perpetrate a false story with the intent to deceive or mislead. This story may be pathologically believed or exaggerated in its importance from lack of clarity and discernment. Conversely the disinformation and discredit agenda is to make the information lack credibility, to ridicule or diminish its quality. This will be attempted publically, if the person feels threatened, or as such, the NAA seeks to damage the character credibility through humiliation and ridicule based on control and tyrannical principles. (i.e. bully, victim, etc.)

Confuse: to employ tactics to divert attention from the real issue, to argue and create dissent specifically with intent to confuse the issue, confuse the group, or deliberately use ambiguity or Doublespeak in order to deceive or mislead. This is many times shows up as, “do not look here, let me confuse you to stay focused on minutiae of unrelated details, or divert energy and attention to me and my agenda”.

Derail: To change the subject of discussion or inquiry in order to avoid the truth (for example, one might pretend to be offended in order to stop a conversation about one’s questionable actions). Also a egocentric personality may have a hard time not being the center of attention and will act in ways to derail focus of a person, or group, in order to gain attention, accolades or approval. Persons with Guru Complex may potentially use the derailing technique to divert attention to them. This is to gain followers, friends and feel influential through the use of false friend flattery and other types of seductive and charismatic communications. Guru types can act like a salesman that promotes themselves.

A Lie of Omission is the most insidious, most pervasive, and most common lie that is perpetuated on the entire planet. Commonly, those who use this type of lie have tricked themselves into believing that to intentionally remain silent when ethical behavior calls for one to speak up, is not a lie at all. This is used as a tactic to generate false impressions, to promote something that appears to be something that it is really not. 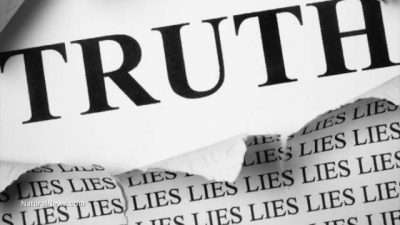 This human frailty of lies of omission is 100% responsible for the Negative Alien Agenda and its Archontic Deception promoting psychopaths as leaders which influence the population, and to note these are the public faces manipulated to enforce the controlled narrative of deceptions and lies of the shadow government on planet earth.

The anti-dote to lies of omission, is to speak the honest truth to the people around you in the best way you are capable.