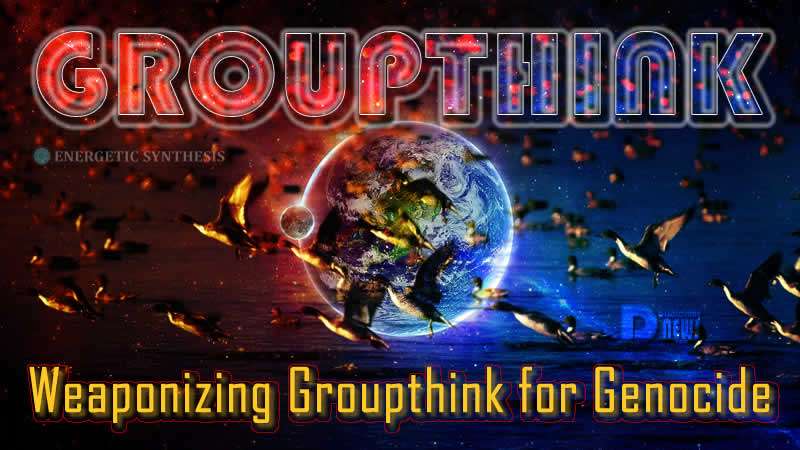 When groupthink is weaponized as a psychological warfare tool for swaying public opinion through fear, it can lead to mass hysteria and mob mentality that surfaces collective shadows and hidden phobias that spiral into panic.

Those that spiral into panic have taken the emotional bait hook of the psychological warfare, then feed off of each other’s emotional and fear-based reactions, causing the group panic to swiftly escalated to incite mob hysteria.

When the groupthink is weaponized into mob frenzy and rule, it lends to the destructive tendency of all or nothing thinking in order to demonize those outcast groups that are not in submissive agreement with the core ideology and its methods.

The angry mob searches for those they can scapegoat or persecute through displays of public shaming or grandstanding to make public or political examples of, in order to further spread their poisonous ideology which is based on coercion, intimidation, and aggressive violence.

This is the classical set up used as the roadmap for genocide 101.

The useful pawns used for inciting anarchy for the dark overlords are generally the first waves picked for the genocide.

Groupthink is also formed by the collective consciousness ongoing exposures to the same repeated statements, phrases and ideological content used for spreading propaganda, over and over again. 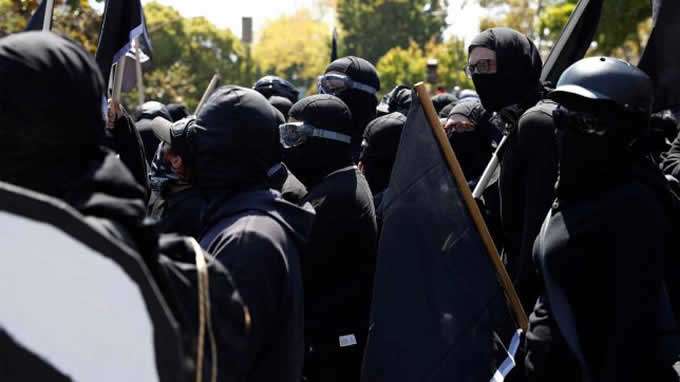 To incite fear or fallacies into the groupthink, certain falsehoods or disinformation are repeated continually through many mainstream media sources until the falsehood becomes verified as truthful information in the mind of those individuals.

All propagandists know that if you repeat the same information and phrases over and over again in the media, it will eventually be perceived as a truth even when it is a falsehood.

The purpose of spreading falsehoods into groupthink is to recognize the basic tenet of psychological warfare, those groups that are led by falsehoods do not have access to accurate awareness of events or truthful knowledge, but instead are manipulated and deceived to believe false impressions and illusions, and thus will be at a greater disadvantage and be easily used as pawns.

In psychological and spiritual warfare, knowledge of the truth and seeing the larger picture in events holds power.

Thus, when dark forces seek to gain control over others, they compartmentalize information and will always deceive those they perceive as lesser, demanding blind obedience and appeasement to their falsehoods.

Dark entities always deny their involvement when caught in the act and never tell the whole truth, instead they shroud any small kernels of truth in a massive bed of lies which makes it much harder to discern.

Those that believe bold faced lying to others for the purpose of ideological subversion and religious conversion are dancing with the devil and are inverted in Satanism, there is no righteousness found in complex deception.

In the current chaotic terrain of weaponizing the controlled narratives based upon methods of ideological subversion and political correctness, if the Groupthink and its rules are not adhered to by any individual, they may be targeted with methods of aggressive victimizer attacking, including hurled threats and intimidation, as well as forms of public shaming and character assassination.

Thus, it is more critical than ever in this chaotic terrain of rampant falsehoods and psychological terrorism being promoted by the groupthink, to vigorously pursue truth and to the best of our ability, live the expression of truth that we experience directly. 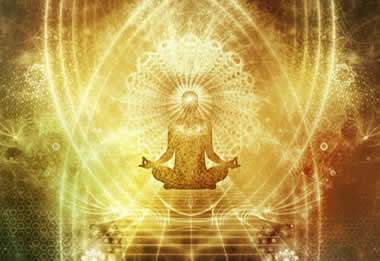 On the awakening path to access greater levels of truth, our inner work is to recognize where our perception has been controlled through ego mechanisms that were filled with pain and delusion.

The spiritual goal is to gain an accurate assessment of events, refusing to jump on the bandwagon of groupthink, which helps us to align our perceptions with the actual truthful events happening around us.

The world needs emotional and spiritual adults that can speak the truth from their heart, without recrimination, blame or harming intentions.

Telling the truth as it is from a place of neutrality, weighing information for considering the most accurate assessment, with a degree of mental clarity and inner to outer coherence.