We Are Becoming A Magnetometer! – Dr. Schavi 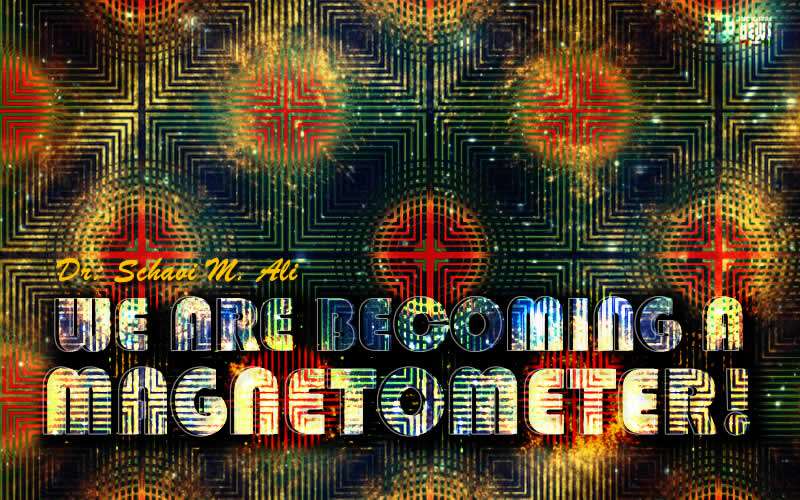 We Are Becoming A Magnetometer! – By Dr. Schavi M. Ali

A “Magnetometer” registers the effects of cosmic energetics relative to solar activity on the planet Earth/Gaia.

The “Magnetosphere” is the interaction of solar winds upon the magnetic field of the planet—primarily within the inner core but which also concerns the outer arena or “geomagnetic field” as well.

When solar winds, driven by the Great Central Sun, are strong, Earth/Gaia reels and rocks with vibrational potency, and inner plates shift and the outer atmosphere, stratosphere, ionosphere, and all other “spheres” swirl accordingly. 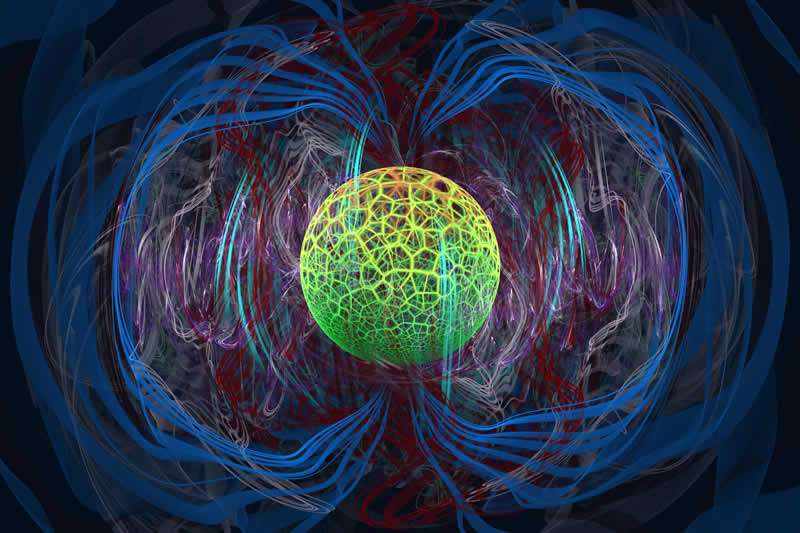 If this is indeed true, it explains why when technology relays that conditions on Earth/Gaia are calm and that no significant solar flaring or winds are extant, that human physical vessels still can experience the familiar term “Light Activation Symptoms” (LAS).

In other words, whether human-developed technological devices are accurate or not, events in space are occurring at such an intensified rhythm that technology no longer matters except to give a “general” idea of what is happening relative to cosmic energetics as they pummel the planet.

This illustrates, therefore, that humanity—individually and collectively—is becoming a “Magnetometer”, and we register the effects of solar energy physically, mentally, and emotionally.

However, as has been addressed in a previous article, SOURCE has allowed human technology at times to witness the effects of sacred LIGHT such as when many weeks ago, technology registered in the thousands in terms of the amplitude and vibrational frequencies of the planet. 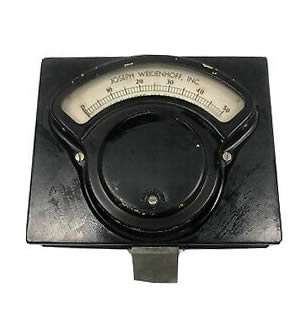 People were shocked and astounded at the numbers.

There were e-mails, phone calls, and discussions occurring in particular shops about the numbers.

Could it really be true?
Is the planet in such a heightened state of energy?

Since then, there have been either lower numerical readings or total black-outs.

Yet, people around the world have been consistently reporting increased levels of physiological, emotional, and mental discomforts.

We must remember that we are receivers and transmitters of energy signals of the ethereal realm beyond Earth/Gaia as well as of Earth/Gaia too.

The “Zero Point Energy Field” is yet another discussion among both Scientists of various degrees (Physicists, Astro-Physicists, Biologists, Chemists, etc.) and Mystics. 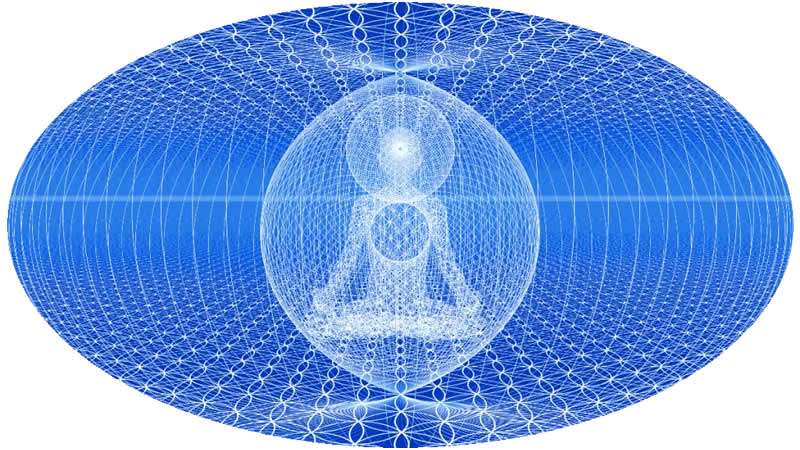 Briefly, in terms of traditional science, this concerns the vacuums in space which contain powerful energy that can eventually be harnessed for the good of the planet—a quiet place where a powerful stirring is happening regardless of whether we directly detect it or not.

It also deals with the term “quantum” which is the smallest amount of a physical quantity that can act independently as an amount of energy.

This concept was developed in modern times initially in 1911 by Dr. Max Planck and further researched and developed in 1913 by Dr. Albert Einstein and Dr. Otto Stern. 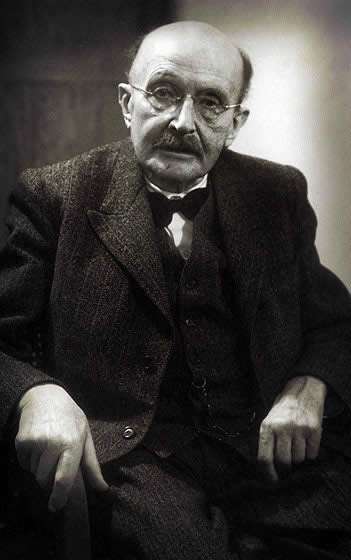 An example of the “Zero Point Energy Field” is when we achieve balance in our physical vessel.

In such a case, all systems are working in “Divine Order”.

We are whole spiritually, physically, mentally, and emotionally. We are returned to our original “Divine Design” or to “homeostasis” in scientific terminology.

We have reached our “ground” state or our “quantum” state whereby all systems are working in perfection.

Both the cosmic and the earthly fields and our human fields work in concert.

SOURCE is the “spiritual technology” which governs the “Zero Point Energy Field”, and although humanly-developed devices can offer a wonderful general idea of SOURCE workings, the operative word is “general”.

We tap into the “Zero Point Energy Field” each time that we commune with SOURCE in prayer and meditation.

Our physical vessel then becomes the ultimate “Magnetometer” as LIGHT enters us.

In one of the ancient Vedic scriptures known as the VIJNANANAUKA, we find the following verse: “I am indeed that Supreme Eternal Real Self which is all Bliss, all LIGHT, beyond illusion, beyond conditions, realizable only in the idea I AM.”

Another verse from this same scripture states: “All comes out of the ALL—taking away All from the ALL, the ALL still remains forever.”

Thus, SOURCE is the ALL which has created the “Zero Point Energy Field” out of which soars LIGHT that is healing and empowering. Our cells, molecules, atoms, sub-atomic particles, etc. are becoming LIGHT.

An earlier discussion mentioned super-novas which are exploding stars which leave behind dark vacuums in which is LIGHT.

Ordinarily, many people tend to think of a vacuum as not having energy and being like a device known as a “vacuum cleaner” which sucks up into it all that comes near it.

However, when “Sagittarius A”, the black hole at the center of the galaxy which houses Earth/Gaia was discovered surging with great LIGHT, the idea that black holes were void of any discernable energetics had to be reexamined.

In like manner, the launching of solar flares and the flowing of solar winds as well as other cosmic occurrences must be analyzed from a spiritual perspective and use machinery only as a “general” gage of what is actually happening.

Our clairsentience, clairaudience, clairvoyance, etc. are all steadily coming on-line.

These psychic capabilities—considered “normal” in the ancient world when there were previous “Golden Ages” like the one which we will eventually enter again—will be once more “normal”.

Thus, we should not wonder or worry or become anxious when technology around the world registers certain frequencies that seem not to be in alignment with the “Light Activations Symptoms” (LAS) that many are experiencing or when total black-outs occur in the equipment.

The black-outs are indications that SOURCE LIGHT is surging throughout the galaxy so profoundly that it cannot be completely registered by human-created devices.

Humanity must learn to rely upon and to trust its own “Magnetometer”—the information being given by the HIGHER SELF, the SOUL.

We are grateful for certain kinds of technology, of course. However, we cannot rely on it forever as our main “source” of information because the true SOURCE is beyond the equipment.

As a teaching in LEAVES OF MORYA’S GARDEN advises: “Be wary of usage of too much technology. Spiritual development must replace all apparati. The literate in Spirit operate beyond all boundaries.“ 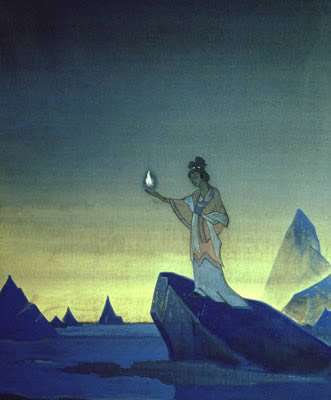 Some time ago, people were interested in acquiring the texts I often refer to in my articles. Thus, for anyone who is interested in detail, here is one of the best companies from which to obtain books about ancient Vedic wisdom. (Click on the image)

The “Power” of Earth/Gaia is registered into the hundreds! As expected, with all of the cosmic energetics of May of 2021 occurring, our planetary home is having “Her” own ‘MOTHER’S DAY” which is manifesting as tremendously strong surges in “Her” geomagnetic fields. 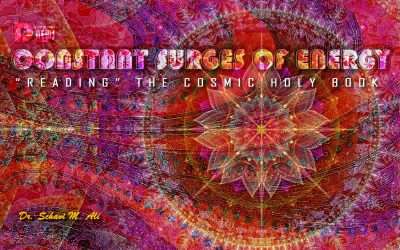 We are being anchored and grounded into our planetary home for the reception and transmission of LIGHT and SOUND frequencies of information. Our psychic capabilities are coming on-line, and we can “feel” the cosmos as it lifts off in electromagnetic force. 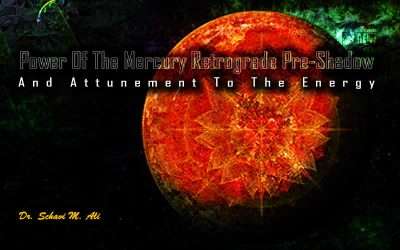 As was discussed in a recent article, the “pre-shadow” of a Mercury Retrograde is the time when events tend to arise which will be the focus of the retrograde itself. The “pre-shadow” begins when Mercury enters the sign in which it will retrograde, and in this case, it is the sign of Gemini which it entered on Wednesday, May 5th ( and on May 4th in certain parts of the world according to time zones). 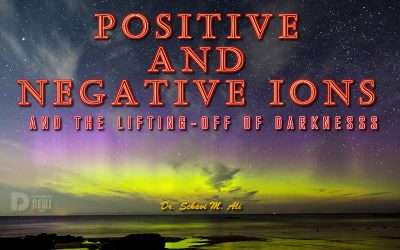 On April 16, 2021, a very strange phenomena occurred—a very vast dark aurora—quite black—was seen in the sky in certain places around the world. Since that time, solar winds, solar flares, and coronal mass ejections have proliferated. 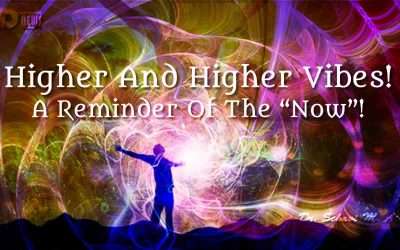 Higher And Higher Vibes! A Reminder Of The “Now”! Dr. Schavi

As we move into the “pre-shadow” on May 5th of the next Mercury Retrograde, this is an opportune time to reflect upon earlier information received via books, essays, videos, one-on-one conversations, etc. because soon Mercury will do its backwards dance (May 26th to June 22nd), and the energetics of the entire cosmos will coerce us to cease and desist from so much going and going, doing and doing, and being and being. 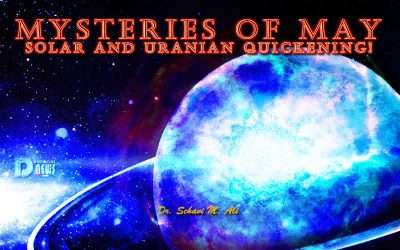 Mysteries Of May Part 2 – Solar And Uranian Quickening!

On Friday, April 30, 2021, Uranus, the planet of high-powered electromagnetic frequencies and sudden amazing occurrences conjuncts the Sun in Taurus. PHOTONIC LIGHT (from the “Photon Belt”) will be unusually intense, bright, and potent. 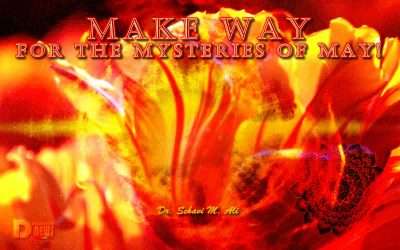 Make Way For The Mysteries Of May! – Dr Schavi

May of 2021 is filled with cosmic sparkling luminary energy. On May 26th at 7:14 AM (EST), there will be a “Total Lunar Eclipse” in the sign of Sagittarius in the Tropical/Western Zodiac which is projected to last for a period of 14 and 1/2 minutes as the Moon moves within the shadow of Earth/Gaia. 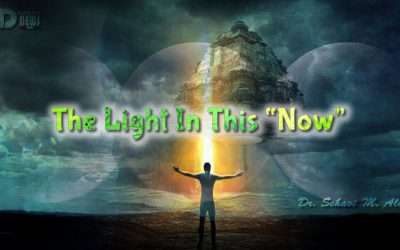 When any entity (which includes earthly humans) attempts to say how old the cosmos truly is with all of its planets, galaxies, and universes, only speculation is possible for the age of the space/time continuum is a mystery relegated only to SOURCE who is timeless, eternal, and therefore, immortal. 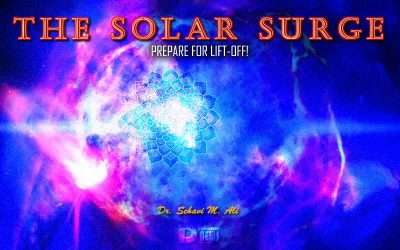 A “CME” is a release of sub-atomic charged Plasma Particles of radiation from the Sun which, whether or not they are directly aimed at our planet, still affect it such as causing technological black-outs as well as the familiar “Light Activation Symptoms” (LAS). However, when a CME definitely does indeed directly surge to the planet, its effects are even more profound. Its ionization strength or radiation intensely flows into the geomagnetic field.