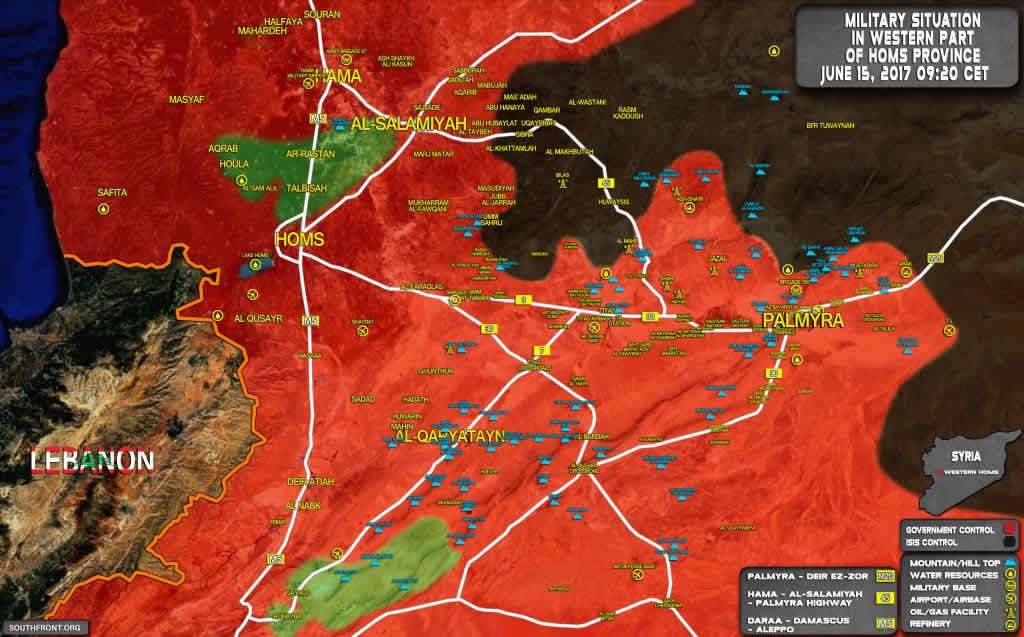 The Syrian Arab Army, the National Defense Forces, Liwa al-Quds, and other pro-government units have been working to drive ISIS terrorists out fromm the province of Homs. Government forces have liberated the town of Arak, the Arak gas field, the T3 pumping station and prepared to push further along the M20 highway.

The strategic goal of the government military operation in the province of Homs is to reach the city of Deir Ezzor besieged by ISIS terrorists.