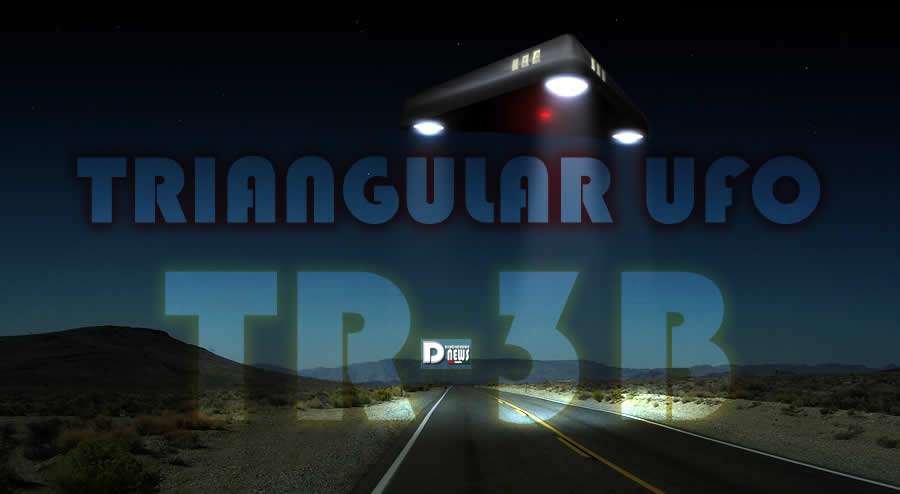 Triangular UFO TR-3B Disclosure News Italy. After the recent article on UFO Triangular being seen everywhere, here’s another act of the Soft Disclosure. As various sources have revealed, there seems to be an internal fight in the military between the one who want to disclose and who doen’t. This “old” spacecraft is now spotted more and more frequently, photographed in frony of the ISS orbiting station satying “look… I’m here!” and now also the patent. As Cobra says, events are accelerating, let’s enjoy the show!

The TR-3B is Code named Astra. The tactical reconnaissance TR-3B first operational flight was in the early 90s. The triangular shaped nuclear powered aerospace platform was developed under the Top Secret, Aurora Program with SDI and black budget monies.

At least 3 of the billion dollar plus TR-3Bs were flying by 1994. The Aurora is the most classified aerospace development program in existence.

The TR-3B is the most exotic vehicle created by the Aurora Program. It is funded and operationally tasked by the National Reconnaissance Office, the NSA, and the CIA. The TR-3B flying triangle is not fiction and was built with technology available in the mid 80s.

Not every UFO spotted is one of theirs. 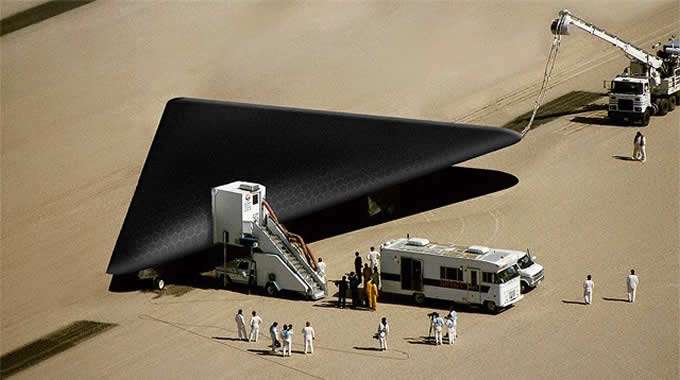 The TR-3B vehicles outer coating is reactive to electrical Radar stimulation and can change reflectiveness, radar absorptiveness, and color.

This polymer skin, when used in conjunction with the TR-3Bs Electronic Counter Measures and, ECCM, can make the vehicle look like a small aircraft, or a flying cylinder–or even trick radar receivers into falsely detecting a variety of aircraft, no aircraft, or several aircraft at various locations. 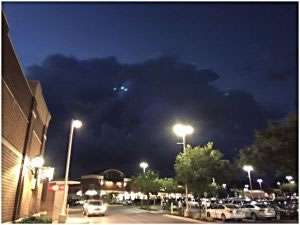 A circular, plasma filled accelerator ring called the Magnetic Field Disrupter, surrounds the rotatable crew compartment and is far ahead of any imaginable technology.

Sandia and Livermore laboratories developed the reverse engineered MFD technology. The government will go to any lengths to protect this technology. 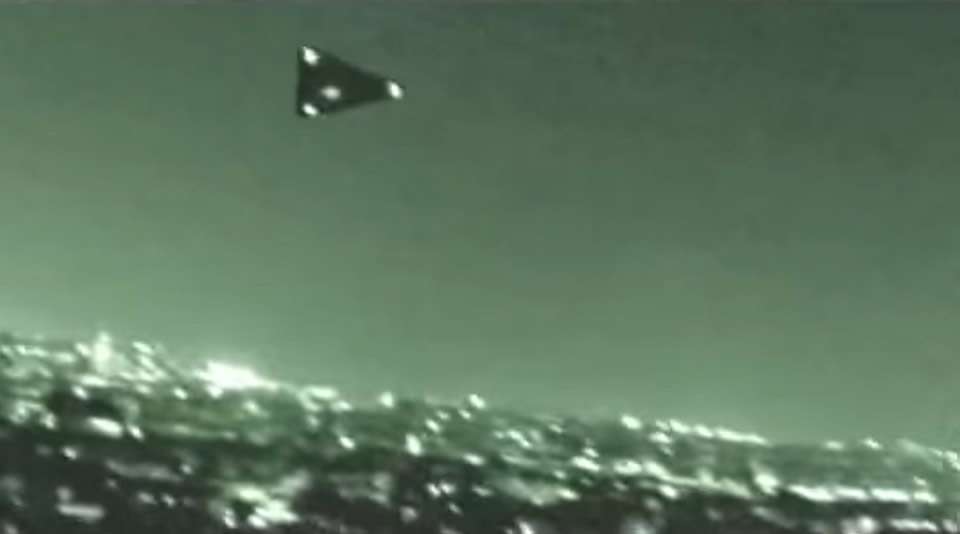 The plasma, mercury based, is pressurized at 250,000 atmospheres at a temperature of 150 degrees Kelvin and accelerated to 50,000 rpm to create a super-conductive plasma with the resulting gravity disruption.

The MFD generates a magnetic vortex field, which disrupts or neutralizes the effects of gravity on mass within proximity, by 89 percent. Do not misunderstand.

This is not antigravity. Anti-gravity provides a repulsive force that can be used for propulsion.

The MFD creates a disruption of the Earth’s gravitational field upon the mass within the circular accelerator.

The mass of the circular accelerator and all mass within the accelerator, such as the crew capsule, avionics, MFD systems, fuels, crew environmental systems, and the nuclear reactor, are reduced by 89%.

This causes the effect of making the vehicle extremely light and able to outperform and outmaneuver any craft yet constructed–except, of course, those UFOs we did not build. 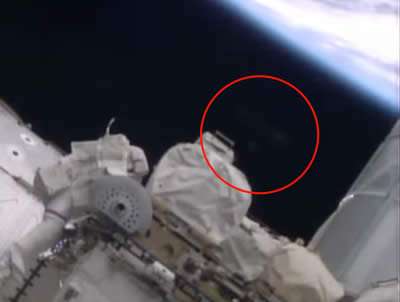 The TR-3B is a high altitude, stealth, reconnaissance platform with an indefinite loiter time.

Once you get it up there at speed, it doesnt take much propulsion to maintain altitude. At Groom Lake their have been whispered rumours of a new element that acts as a catalyst to the plasma.

With the vehicle mass reduced by 89%, the craft can travel at Mach 9, vertically or horizontally. My sources say the performance is limited only the stresses that the human pilots can endure. Which is a lot, really, considering along with the 89% reduction in mass, the G forces are also reduced by 89%.

The TR-3Bs propulsion is provided by 3 multimode thrusters mounted at each bottom corner of the triangular platform. The TR-3 is a sub-Mach 9 vehicle until it reaches altitudes above l20,000 feet–then God knows how fast it can go! The 3 multimode rocket engines mounted under each corner of the craft use hydrogen or methane and oxygen as a propellent. 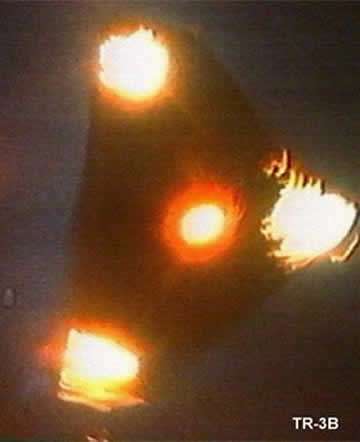 In a liquid oxygen/hydrogen rocket system, 85% of the propellent mass is oxygen. The nuclear thermal rocket engine uses a hydrogen propellent, augmented with oxygen for additional thrust.

What you have to remember is, that the 3 rocket engines only have to propel 11 percent of the mass of the Top Secret TR-3B. The engines are reportedly built by Rockwell.

Many sightings of triangular UFOs are not alien vehicles but the top secret TR-3B. The NSA, NRO, CIA, and USAF have been playing a shell game with aircraft nomenclature – creating the TR-3, modified to the TR-3A, the TR-3B, and the Teir 2, 3, and 4, with suffixes like Plus or Minus added on to confuse further the fact that each of these designators is a different aircraft and not the same aerospace vehicle.

A TR-3B is as different from a TR-3A as a banana is from a grape. Some of these vehicles are manned and others are unmanned.

It all become apparent in Belgium where, after frequent sightings of flying lights and a mid-air near-miss by UFO, at one point Belgian Air Force, anxious to identify the origin of the phenomena, authorized F16 scrambles under condition that the visual observations on the ground were confirmed by the local police and detection on the radar.

One of the consequences of such decision was that, on 31 March 1990 at 00:05 hr, two F16 were scrambled from Beauvechain airbase and guided towards the radar contacts.

A total of 9 interception attempts have been made that night. At six occasions the pilots established a lock-on with their air interception radar. Lock-on distances varied between 5 and 8 NM. On all occasions targets varied speed and altitude very quickly and break-locks occurred after 10 to 60 seconds. Speeds varied between 150 and 1010 knots.

At three occasions both F16 registered simultaneous lock-ons with the same parameters. The two F16 were flying approximately 2 NM apart. Owing to the night conditions, no visual contact could be established by either of the F16 pilots.

Corey Goode has recently tweeted this video from YouTube which points out a discovery of a patent that shows the infamous Triangular Spacecraft known in the UFO community as the TR-3B.

Rising from Gulf of Mexico