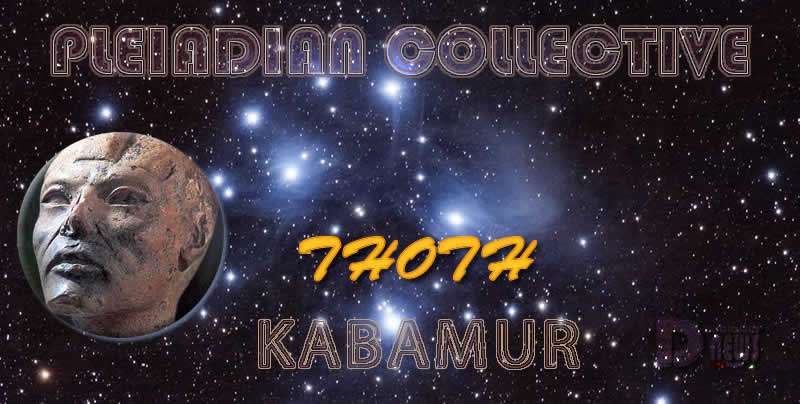 Described as builder, inventor, and messenger. Known by many names in many cultures.

Some of what you’ve read is true, and some isn’t.

The pattern that repeats in history is simple: Beings of Light accomplish great things, then the dark ones take credit. 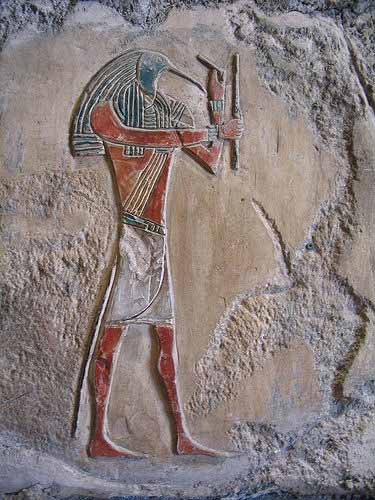 The Cabal’s most perfected tactic is to hide behind Light. To be false Light.

They co-opt other identities and this is how they’ve remained in control for so long.

For ex, how Hivites infiltrated Tribes of Israel, and Khazarians did the same with later Jewish populations.

Another example is how the Sirian Marduk re-used the name RA to imitate a RA that had come before.

Marduk is the Archon behind the Hollywood – The Eye of Ra symbolism, which is part of a mind-control black magic ritual.

AYA was known on Earth from when Pleiadians visited openly, and then her name was used again by Archons.

Hundreds of Egyptian deities recorded but few are very well-known to history. Why? Because these were the Pleiadians.

Aya (also called A-a or Aja) in Akkadian mythology was a mother goddess, consort of the sun god Shamash. She developed from the Sumerian goddess Sherida, consort of Utu.

Sherida is one of the oldest Mesopotamian gods, attested in inscriptions from pre-Sargonic times, her name (as “Aya”) was a popular personal name during the Ur III period (21st-20th century BCE), making her among the oldest Semitic deities known in the region. As the Sumerian pantheon formalized, Utu became the primary sun god, and Sherida was syncretized into a subordinate role as an aspect of the sun alongside other less powerful solar deities (c.f. Ninurta) and took on the role of Utu’s consort.

When the Semitic Akkadians moved into Mesopotamia, their pantheon became syncretized to the Sumerian. Inanna to Ishtar, Nanna to Sin, Utu to Shamash, etc. The minor Mesopotamian sun goddess Aya became syncretized into Sherida during this process. The goddess Aya in this aspect appears to have had wide currency among Semitic peoples, as she is mentioned in god-lists in Ugarit and shows up in personal names in the Bible.

Aya is Akkadian for “dawn”, and by the Akkadian period she was firmly associated with the rising sun and with sexual love and youth. The Babylonians sometimes referred to her as kallatu (the bride), and as such she was known as the wife of Shamash. In fact, she was worshiped as part of a separate-but-attached cult in Shamash’s e-babbar temples in Larsa and Sippar.

By the Neo-Babylonian period at the latest (and possibly much earlier), Shamash and Aya were associated with a practice known as Hasadu, which is loosely translated as a “sacred marriage.” A room would be set aside with a bed, and on certain occasions the temple statues of Shamash and Aya would be brought together and laid on the bed to ceremonially renew their vows. This ceremony was also practiced by the cults of Marduk with Sarpanitum, Nabu with Tashmetum, and Anu with Antu.

First, a few things about Pyramids.

The capstone of the Great Pyramid is not missing at all, but vibrating in a higher frequency. It will reappear at The Event. 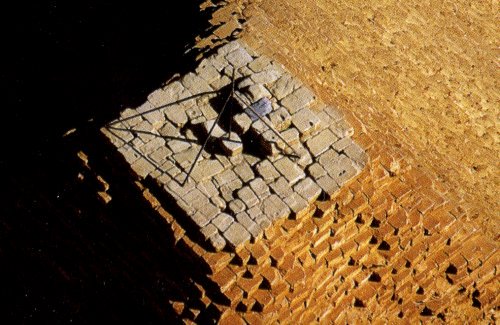 The hidden chamber found in 2017 is a meeting place for Galactic Forces which is still used. NEIOH describes the interior of this room as being very beautiful.

Pleiadians created the pyramids through the power of thought manifestation. 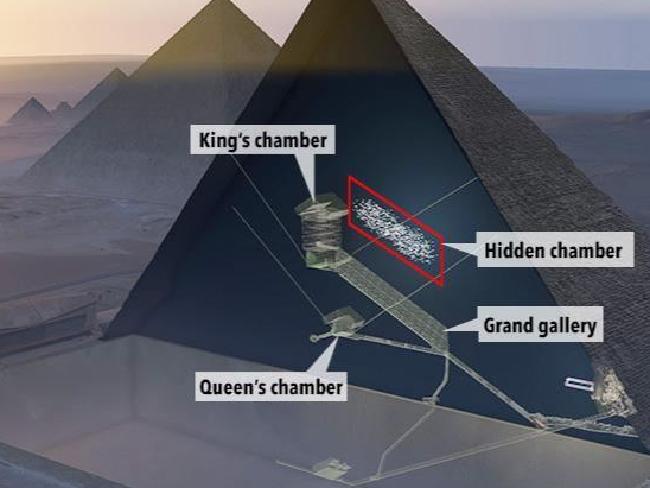 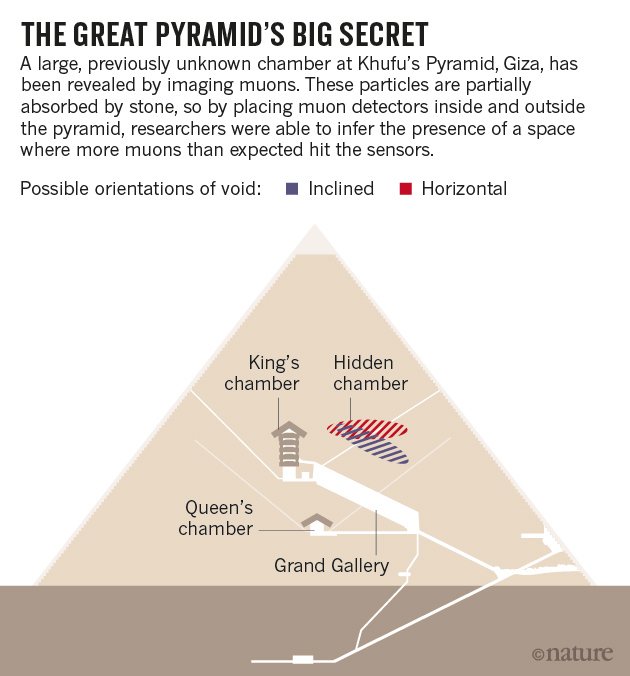 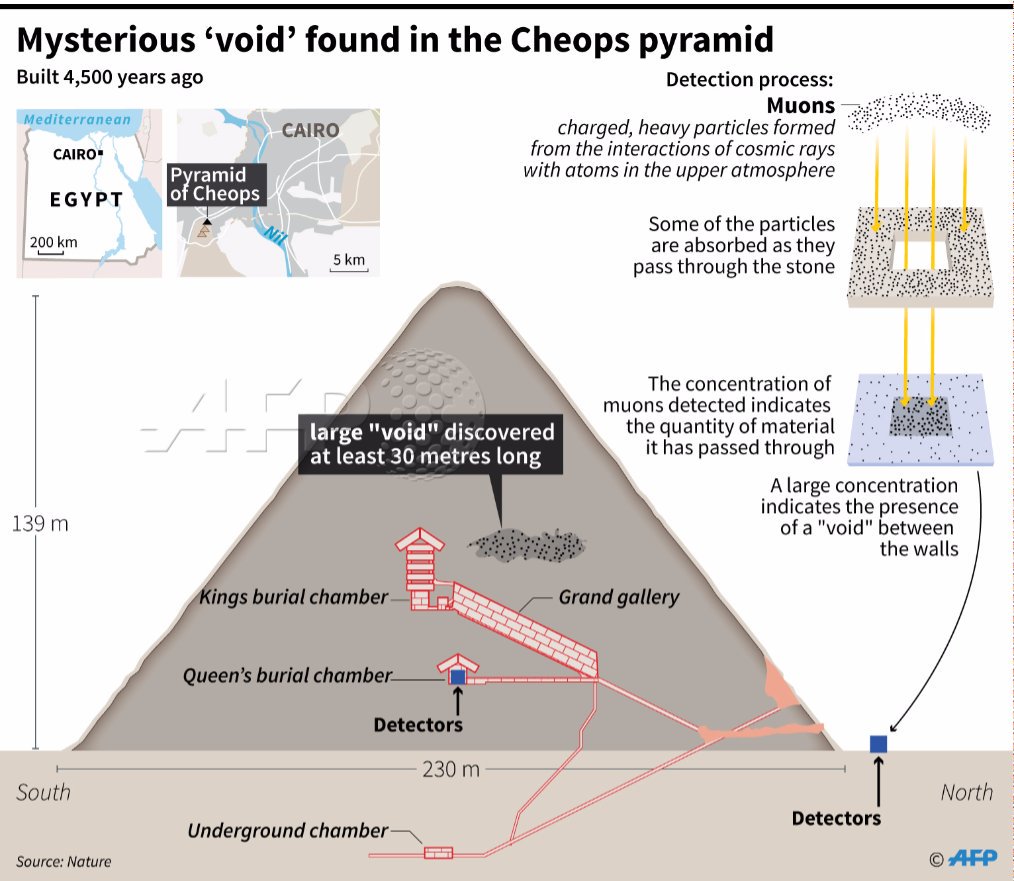 They were aligned with constellations and served as ‘air traffic control’ for incoming Craft. 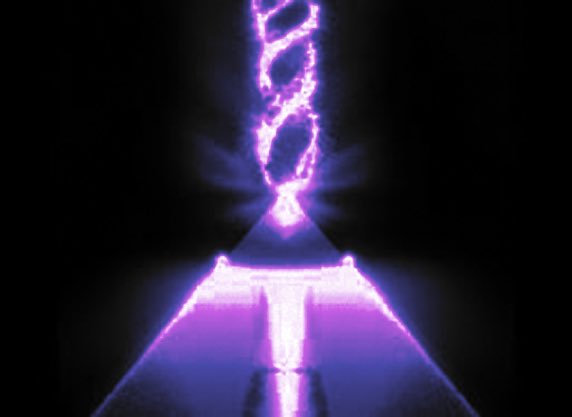 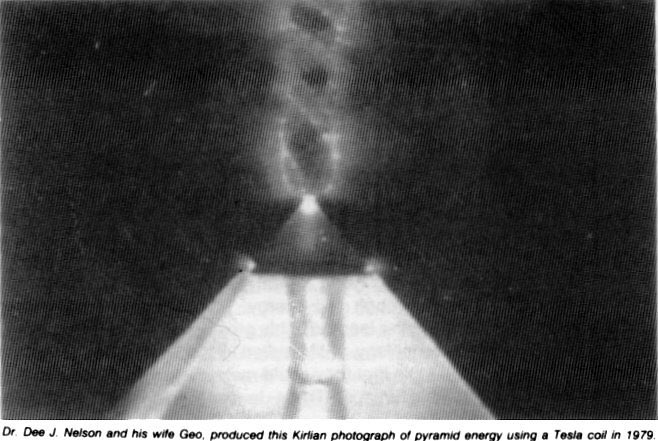 And this brings us to THOTH.

His name is OCEILE. He is from Electra. A kind and powerful soul.
His hair is white and he wears it in a long braid.

He is actually a builder who assisted with the creation of The Pyramids of Giza.

He is also well known for creating many of the best Pleiadian Crafts and specializes in Motherships.

Some of the ones you are seeing lately were designed by OCEILE.

He travels now with the Galactic Federation and IKAI loves him as a very close friend. 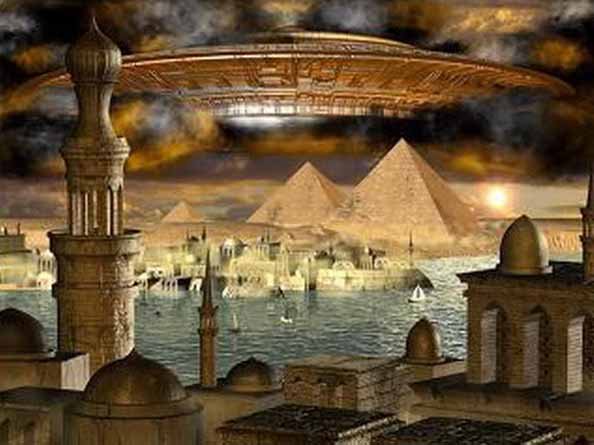 Thoth was embraced by many cultures who knew Galactic visitors well.
He was worshiped but did not want this.

He appeared to the Aztecs wearing feathers and was called Quetzalcoatl and Kukulkan to the Maya.

Mercury/Hermes is another identity he used. 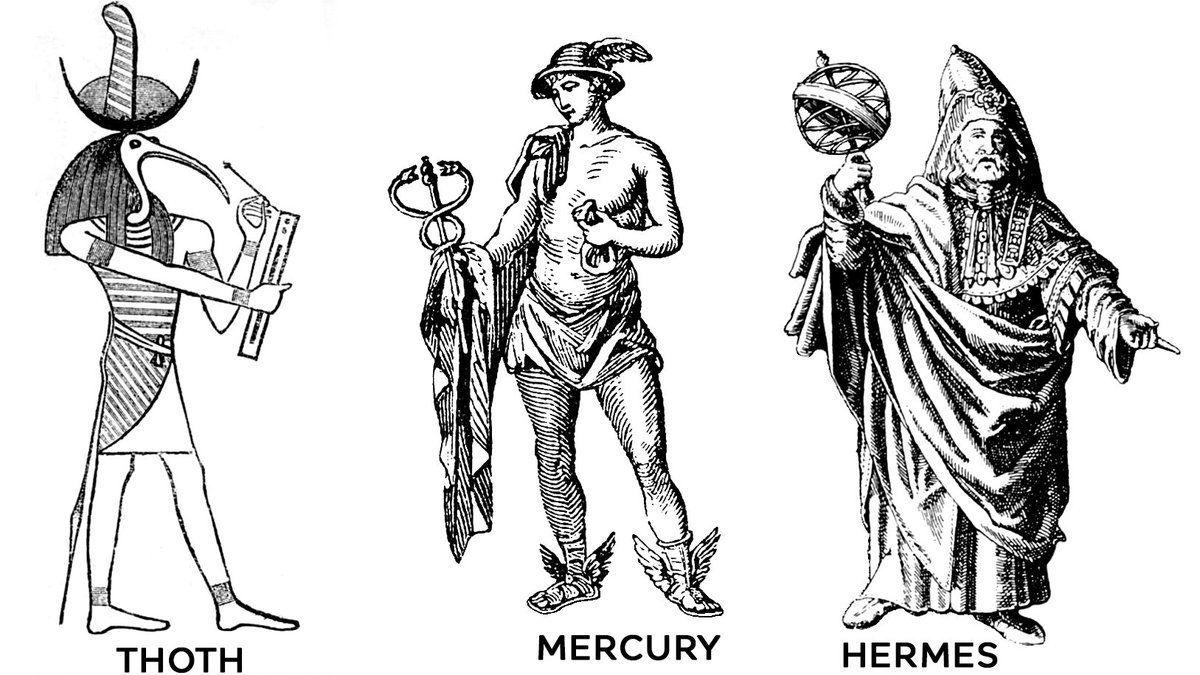 And MOST interesting, according to NEIOH, OCEILE has been coming to Earth lately, to assist in specific matters and quickly leave.

Kabamur – In a way it’s true, because Pleiadians were the ones who first brought language to humans. The basic syllables we began with are the foundations of Pleiadiian light language. Later our languages were purposely fragmented to create more separation between cultures.

Q – Thoth betrayed the wisdom councils on earth, he and the Brotherhood of the Snake opened a 5D portal bringing in neg entities. He’s a major reason why everything is like it is here. I think portraying him as a benevolent beings is only half truth.

Kabamur – Yes. I only learned some of these details recently. I believed a lot of what I’ve read, giving the impression of a mixed character, aligned w/ Sumerian Annunaki. Now I can see this was intentionally misleading, but like the other examples the name could have been re-used later.

R – Interesting. Maybe you need to look at it differently but it made sense to me. Cuz, Thoth=Thought, wisdom councils=earth=the heart=source. Then Thoth=Thought=brain betrays the heart=earth=source. I hope that makes sense.

Q – Is this Thoth the same as the Thoth Alistair Crowly’s tarot pack is named after? Or was that a usurper? Was Crowley really evil or just misunderstood?

Kabamur – Crowley was evil and his ET contacts were Archons, so anything remotely true he talked about was filtered through a dark perspective. I don’t think he knew of real Thoth, and if he did it was just to misuse knowledge. 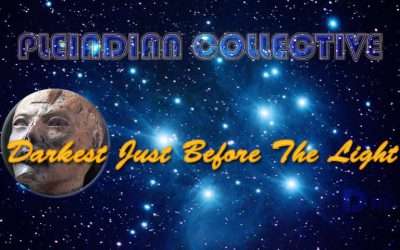 Friends Of Earth! The Light Surrounding The Planet Is Becoming Brighter And Closer Each Moment! Be Strong As You Observe Many Aspects On The Planet Becoming Darker! But Always Remember It Is Darkest Just Before The Light! 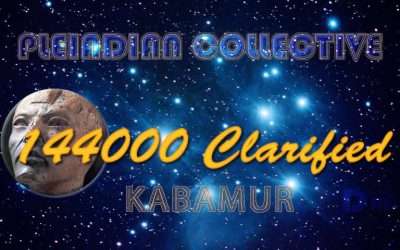 This doesn’t refer to Starseeds, or the religiously dogmatic, but activated Lightworkers. There are millions of Starseeds but only a small percentage are assisting. There will only be 144,000 Lightworkers at the moment of the Shift. Many have already left. 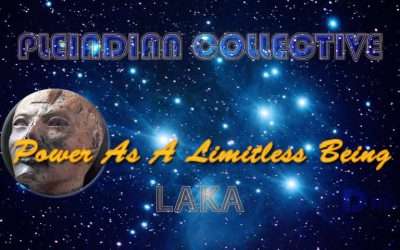 Power As A Limitless Being – Laka – Pleiadian Collective

Beloved Friends! We Often Tell You That You Arrived With Nothing And You Will Leave With Nothing. This Would Be True In All Waking Dreams And Looked At From The Material Aspect, It Would Be True In This Dream. But There Is A Greater Perspective To Consider! You Arrived With Everything And You Leave With Everything! For This Is Speaking Of Spirit. Knowing Spirit Brought You Here And Projected Your Body Form And All Life Seen And Unseen, You Are Everything! 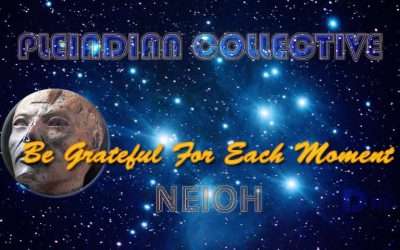 Be Grateful For Each Moment – Neioh – Pleiadian Collective

Greetings Beloved Friends! In Our Many Communications Of Light And Power, We Are Feeling That You Know Us Well. This Was Always Our Intention. For We Have Always Been With You, Incarnated To Earth With Many Of You In Other Dreams, And Visited In Our Body Form And Walked The Earth In This Dream And Many Others. 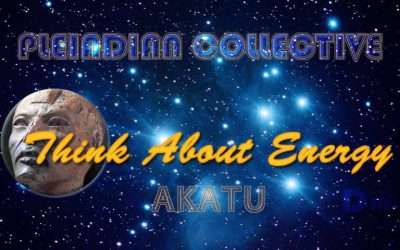 Friends Of Light! Indeed, It May Seem To Many That The Painting You Have Created With Care, Has Running Colors Down The Canvas And Onto The Ground. Remember This, Beloved Ones! Part Of Awakening Feels Like Breaking Down! Not Fun In The Process, But So Worth The Journey To Light! 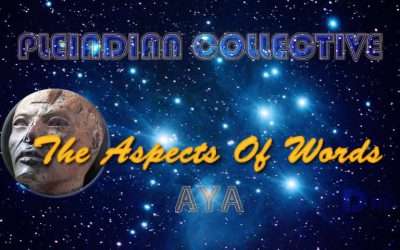 Precious Ones Of My Love! As I Stand Tall On Velvet Grass, With Fairies Dancing Around My Long Gown Of Woven Tapestry And Crystals, I Look At The Earth. I Feel A Tear Flow As I Feel The Love Within For You! My Loves! I See Your Tears As Well. Together We Must Rise Above All That Is Causing Destruction To The Sacred Planet. I Cover You With Light! Remember This Light Will Remain.