The New Galactic Year – The Program 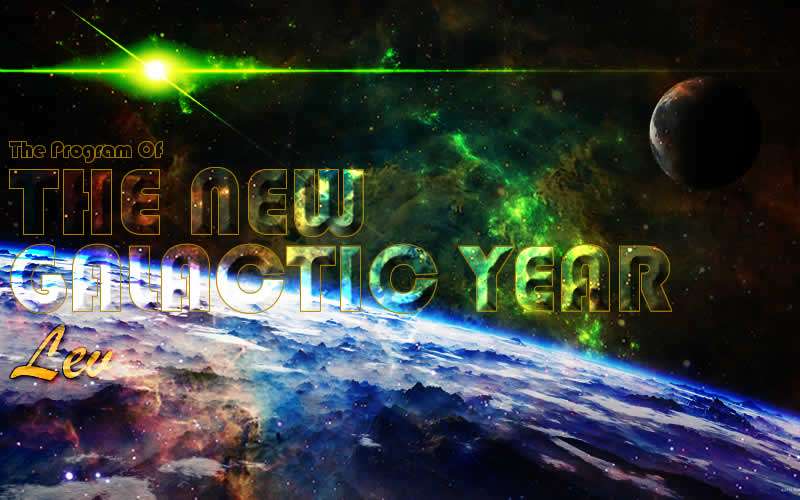 The New Galactic Year – The Program. By Lev.

Through the Channel of the Absolute and the Single Hierarchical Channel of our Local Universe, the Higher Light Hierarchy transmitted the latest info about its new plans and adjustments to previous ones.

The most important changes relate to the New Galactic Year, whose programs were planned to be activated at the time of the Solar Eclipse on June 21, 2020. Now the date has been moved to September 22 or December 22, 2020. 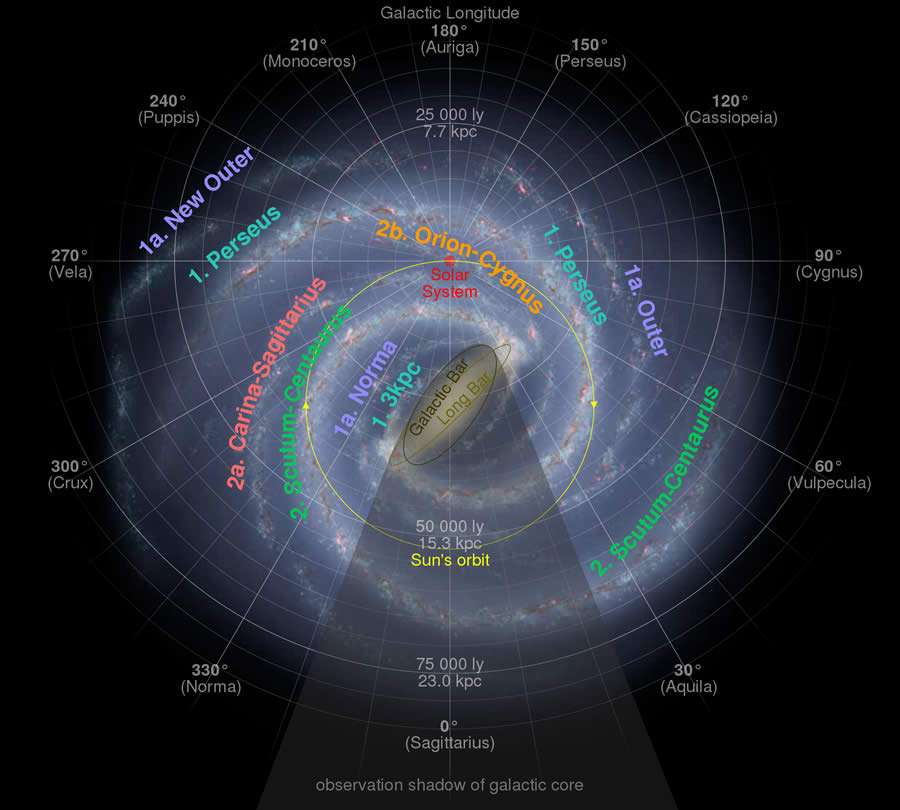 The Galactic Year is not just a period of rotation around the Central Galactic Sun, equal to about 250 million Earth years. This is, first of all, the format of evolution.

While our Galaxy, Solar System, and planet were in the Cosmic Night, i.e. outside the zone of direct “visibility” and radiation of the Source, the program of the Galactic Day was in effect.

Since 1975, the exit from the dark to the light part of outer space – the zone of Cosmic Morning – has accelerated. It will continue until 2024 when it will be a full Cosmic Day.

In 2020, there are all the conditions for a complete change and reboot of the Matrix of our Local Universe, deactivation of the Cosmic Day format, and transition to a new program of evolution – Galactic Year.

A single evolutionary scenario is introduced for the entire Local Universe called the Year of the Absolute. It will contain a development program and energies’ complex for the period set by the Absolute.

The New Galactic Year will begin with the Earth receiving the Galactic Crystal (an aspect of the Galactic Logos) with the evolutionary codes and the evolution program for the period of Cosmic Morning. Immediately, a technical axis will be built: the Earth Core – the Galaxy Core.

Now the Higher Light Hierarchy, the Matrix Architects, the Hierarchy of the Absolute are completely reprogramming our reality, installing new fundamental programs in it on the Subtle Plan and on the material level.

Entering the zone of the direct Source impact, the Sun and Earth receive today the new, high-frequency cosmic energies. Their powerful vibrations actively saturate the early created whole-fractal Eon of the Unified 3-4-5D Earth. They affect the entire global society and all its structures.

The Absolute has planned its deepest penetration into the Matter (Manifested Universe), which will be gradual in nature when each segment of the Local Universe would be ready for that.

Activation of the Gaia Absolutoverse (field 3-13D) will take place simultaneously for all Gaia Logos, except for our planet.

Only after its Great Sanitation 3D Earth will be able to integrate into the unified field of the Gaia Absolutoverse.

The immediate goal is the full-scale entry of the 3D Earth into the Gaia Absolutoverse as the lowest planetary Logos.

This will require a complete transformation of the Earth’s Matter, global sanitation, and settlement of the planet by space races that have received the right to do so.

The bottom of the dimension will gradually decrease to 2D and 1D. It is now down to 3.55 D.

To perform the global rehabilitation of the Earth, since June 22, 2020, the incarnation quarantine has been introduced, regulating incarnations on Earth and the arrival of new souls for the transition period.

During the global rehabilitation, the position of the Earth’s orbit in outer space will be corrected.

It will be without a tilt, perpendicular, with an orientation to the center of the Galaxy of the North Pole. There will be the Axis of the World.

The Earth will be transferred to a four-pole stabilization system in space. Two Equatorial Poles will be added to the North and South Poles. Visually, it will look like a Maltese cross, as depicted by a circle on a field in Vimy, Pas-de-Calais Department, France, on July 5, 2020 (see pic.). 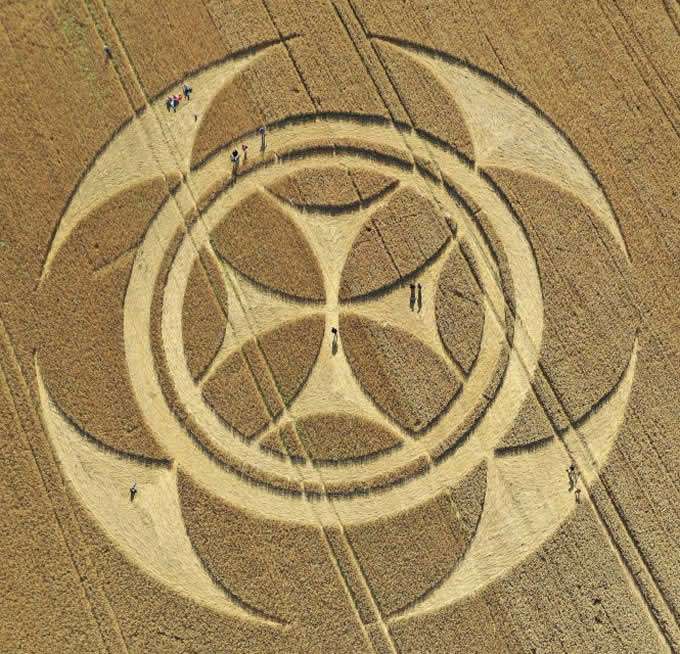 The coordinate system and the Zero Meridian will be changed (it already exists), which will display the lines of the Earth’s Crystal Grid.

In late July 2020, the Higher Light Hierarchy, after consulting with the Galactic Committee, conducted operation Humane Retaliation against the Dark Logos who participated in the massive attack on the Earth Logos on the morning of July 19, 2020 (see DNit Lev on 07/08/2020 at 2:55 pm).

All these Logos were localized, captured as targets, and taken by the escort. There were also detected many sources of danger on Earth itself. 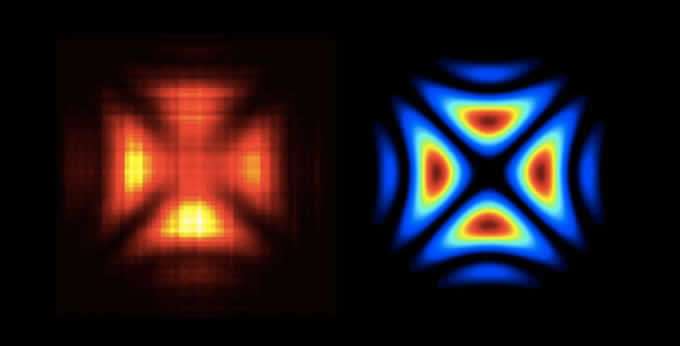 To neutralize these targets, it was decided to do very wisely – create and send a galactic phagocyte to them.

This was a multi-dimensional and multi-way operation involving the Logos of the Galaxy, which created special phagocytes to embed in these Logos. If they find out that the Logos are doing well, then nothing will happen to them.

Phagocytes were created in a fundamentally new pattern – as hacker-resistant. It is no secret that, like Earth viruses, Dark Forces have learned to deceive the Galactic immune system.

Therefore, very often the immune system of the Galaxy did not recognize the Logos cells that pose a threat to it.

The Light Forces’ ground team also had an important role to play in the operation. A counterattack of galactic phagocyte firework was to be delivered from Earth.

At the appointed time, a pre-prepared group of phagocyte cells was isolated from the Galactic Logos and transported to the planetary Galactic corrector’s field.

From there, as from cannon, these phagocytes on a Thin Plan were fired at previously captured and marked targets. Phagocytes were inserted directly into the Logos, like harpoons, which precluded the possibility of circumventing and evading them. Then they did their job, transmitting all the data about their condition to the Galaxy Logos.

No targeted Logos were destroyed, though many should have been. They were taken for further rehabilitation. If it will not be possible, transmigration is provided, when new Logos is introduced into its body, and the old one is evacuated. 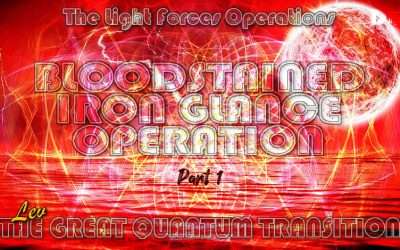 Before talking about the Bloodstained Iron Glance Operation that the Co-Creators and Light Forces’ ground crew recently carried out, the following preface necessary. On December 21, 2020, an expanded session of the new Galactic Committee was held. It considered a petition for the admission of the Earth’s Logos – to the Logos Council and Humanity – to the Civilizations’ Council as members of the Galacom. 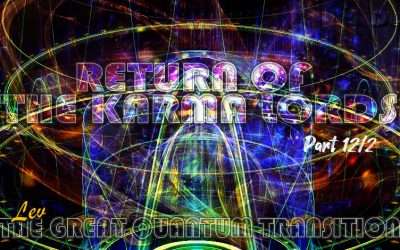 A Miracle Happened – Return Of The Karma Lords Part 12-2

And then a miracle happened. Reaching its limits, the Lightwarriors’ organism, trying to survive, put together all the pieces of the puzzle and … began to generate Time atoms by itself! Soon they synthesized the volume of chronoids the organism needed. The experiment was terminated, the team members were returned to their normal state. 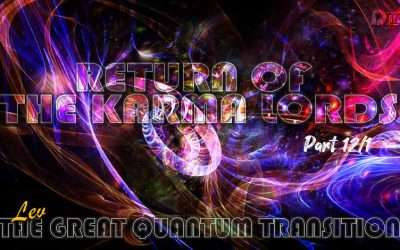 This post is about the operations of the Higher Light Hierarchs, Karma Lords, and Light Forces ground teams to remove another type of accumulated karma – Time karma. Like all the others, it is completely incompatible with the New Galactic Year’s programs. 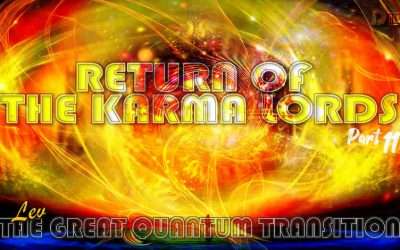 Return Of The Karma Lords Part 11

Whatever events take place today in individual countries, Light Forces continue to destroy the 3D Matrix of the Archons, all their energy life support systems on Earth and Subtle Plane. This post is about the operations of Light Forces and Karma Lords to remove accumulated karma, programs, and viruses introduced by Archons and Dark Hierarchs into the DNA of humanity. 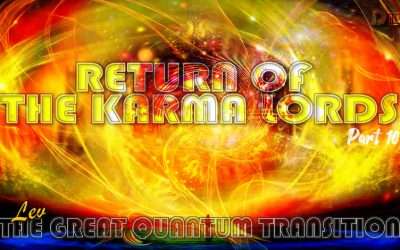 Return Of The Karma Lords Part 10 – The Great Quantum Transition

This post is on a very painful topic – about the abortion reality. Ground Light Forces learned about it almost by accident, conducting another operation completely unrelated to this problem. Following the Higher Light Hierarchy’s plan, one of the LFs’ groups went to the Power Place in the mountains to install a new Perfect Person Matrix in humanity’s wave DNA Matrix. 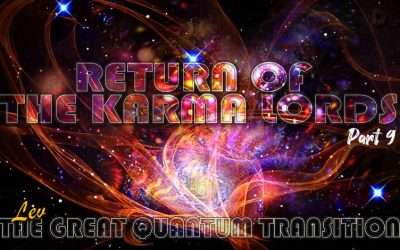 Light Forces and Karma Lords continue to clear the accumulated karmic blockages that prevent new programs, the transformation of the Earth and humanity. This post is dedicated to the elimination of two more types of accumulated karma – illiquid and Monadic.