The Kalergi Plan – What Is? 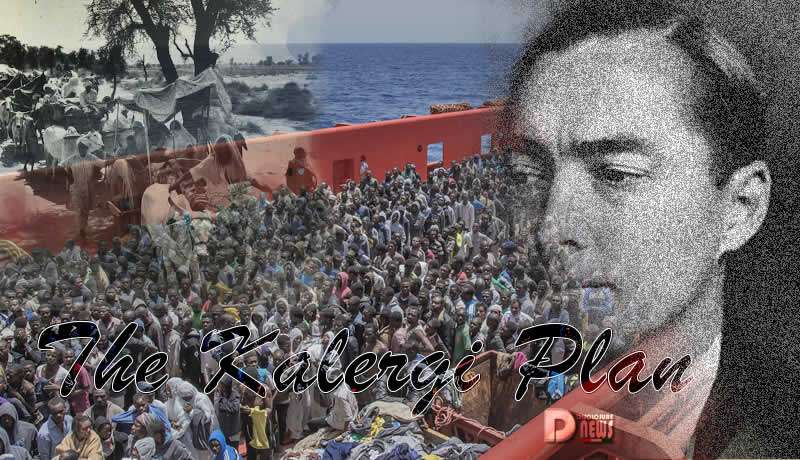 What is The Kalergi Plan? By Wyatt, Austere Deplorable.

Envisaged the use of violent and disproportionate mass immigration, strategically from non-European countries, in order to bring about a common European state dictatorship and destruction of the indigenous white population – the nationalities of Europe.

What the so-called elites try to present as an inevitability of modern life, is actually the product of a plan conceived around a table and prepared over many, many decades, to completely change the face of the continent.

Main instigators of the process of European integration, was a man who also conceived the genocide of peoples of Europe.

What is The Kalergi Plan?

He was a sinister individual whose existence is unknown to the masses of our people, but the political elites consider him the founder of the European Union.

His name is Richard von Coudenhove Kalergi. His father was an Austrian diplomat named Heinrich von Coudenhove-Kalergi (with connections to the Byzantine family of the Kallergis), and his mother the Japanese Mitsu Aoyama.

Thanks to his close contacts with European aristocrats and politicians, and due to the network of relationships created by his nobleman-diplomat father, von Coudenhove-Kalergi was able to work unseen, away from the glare of publicity, and he managed to engage the co-operation of the most influential European heads of state for his plan, making them supporters and collaborators in his “Project of European integration”.

In 1922 he founded the “Pan-European” movement in Vienna, which aimed to create a New World Order, based on a federation of nations led by the United States.

What is The Kalergi Plan?

European integration would be just the first step in creating a world government. In his book ‘Praktischer Idealismus’, Kalergi explains that the citizens of the future “United States of Europe” will not be the people of the Old Continent, but a new mixed breed, the products of thorough and widespread miscegenation.

He states that the peoples of Europe should interbreed with Asians and other non-White races, to create a multiracial population, with no clear sense of tradition or identity and therefore easily controlled by the ruling elite.

​Kalergi proclaims the need to abolish the right of nations to self-determination and outlines the break-up of nation states through the use of ethnic separatist movements and the destruction of the nations themselves through mass migration.

In order for Europe to be easily controlled by the future elite, Kalergi proposes the creation of a homogeneous mixed breed population, and as to who should be the new elite?

Although no textbook mentions Kalergi, his ideas are the guiding principles.

The belief that the peoples of Europe should be mixed, to destroy your identity, to break down traditional ways of living and create a single mixed race, is the reason for community policies that promote minority interests.

The underlying motives are not at all humanitarian, because the driving power behind the ruthless regime dominating the EU, plans the greatest genocide in history.

Multiracialism is to create weakened disparate population without national, historical or cultural cohesion.

In short, the Kalergi plan have been and still are, the basis of official government policies intent upon the genocide of the Peoples of Europe, through mass immigration.

If look around us, the implementation of the Kalergi Plan seems to be at an advanced stage.