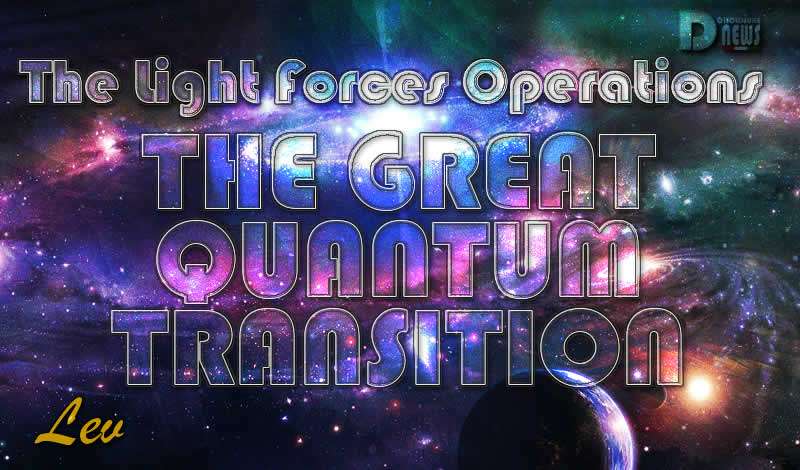 Plan For The Great Quantum Transition – The Light Forces Operations – By Lev.

New adjustments were made to the Great Quantum Transition roadmap. The leaders of the Light Forces’ ground team were instructed to submit their proposals for implementing the Transition. 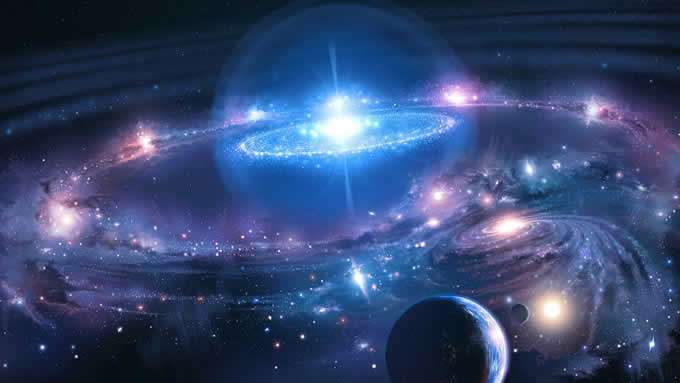 After the sessions, a technical map of our Local Universe and an assessment of its evolutionary path was disclosed.

It turned out that the coefficient of system distortion in it was 66.6%! The critical level is 10-12%.

It shows THE REAL INFLUENCE OF THE DARK FORCES at all levels in our Local Universe and on Earth. A power that was held ONLY BY CHAOS, a hidden system entropy that the Darkness constantly created and maintained with all its might.

This was eight years ago – before the Quantum Transition began on December 21, 2012.

NOW, BEFORE OUR EYES, EVERYTHING HAS CHANGED RADICALLY.

The new Matrix of the Local Universe with the full superiority of the Light Forces quickly displaces the Black Hierarchs’ Old Matrix.

The first stage – the creation of a new Unified Equation of the Local Universe (the Absolute Equation).

August 2020 – synchronization of processes, building an axis between our Pleroma and a similar sphere of the Absolute.

The Council of the Absolute Hierarchy and the Earth Planetary Committee approved personnel changes and reshuffles in the Highest Management Structure of the Planetary Hierarchies (Shambhala) on earth, 3D, 4D, and 5-D.

The former ruler of the Planetary Shambhala 3D – El Moriya, left his post, due to the early end of the powers in Shambhala and the friendly space civilizations overseeing the Earth. 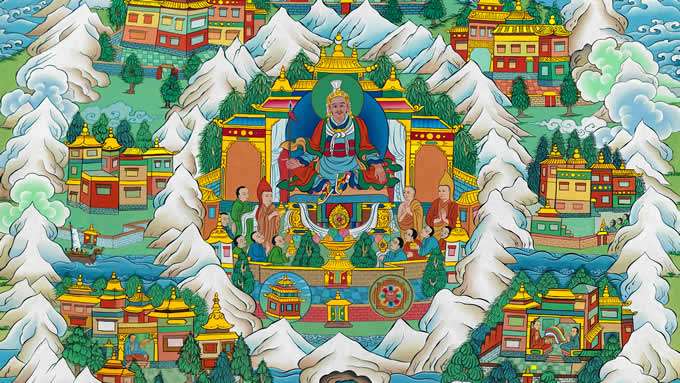 All the planetary Shambhala and the Ascended Lords have left the Earth in their entirety. Most of them, including El Moria, represented the Sirius system, the main Shambhala-supervising civilization. Sirius was our main Spiritual Sun. Approved the new composition of the Earth Shambalas 3D, 4D, and 5D.

The leaders of the Light Forces’ ground team were informed of the most important decisions concerning the near and distant future of the Earth and humanity, which were taken at the Hierarchy Council and agreed with the Planetary Committee. And, most importantly, – approved by the Absolute.

The Absolute set a clear and ambiguous task: to speed up the preparation of the 3D Earth for full entry into the Gaia Absolutoverse es as much and quickly as possible. With the perspective of its possible extension to 1.1D and even lower.

There were two main reasons for the previous delays.

The first was the Absolute, which was looking hard in 2012-2019 for the best Earth’s Quantum Transition scenarios.

The second was in the Council of the Hierarchy of the Local Universe, where there was tense discussion about the Transition Plan and the members of which had different proposals.

In such conditions, it was impossible to implement any long-term projects.

By today, the discussion stage is over. A clear action plan has been adopted and its implementation has begun.

Since June 21, 2020, a special order of incarnations on Earth has been introduced, that is, an incarnation quarantine.

The concept of a four-pole Earth will be implemented. With a pole-axis orientation perpendicular to the plane of the orbit, that is, the Earth’s axis will not have a tilt.

The Earth’s axis will be oriented to the Single Global North Pole at the Galactic Center. It already exists. This is a real object, just not visible in the optical range due to the accumulation of thick interstellar dust. It is registered in other ranges. So it will be opened a visual contact with the core of the Galaxy, a beautiful and bright object.

It will be balanced the Earth’s core, its unevenly distributed mass, and stopped the run-up of continents. In the future, it is possible to restore a single continent that was already in the Permian period – Pangeae.

A group of independent experts from the Galactic Committee, which specializes in diagnostics of Logos, Planets, and Stars, studied the state of the Earth on a huge number of factors and issued a conclusion about its health.

Diagnosis of Earth 3D: THE PLANET IS SERIOUSLY ILL, IN A STATE CLOSE TO CRITICAL!

The Earth needs to be urgently treated, cleaned, healed, restored. First and foremost, on the physical plane. And only then can we talk about entering the Absolutes of Gaia. It constantly devotes too much energy to humanity. Forces that she doesn’t have enough even for itself.

As a result, a plan was approved and has already begun to be implemented for the global Rehabilitation of the 3D Earth, to make it as humane, fast, and painless as possible for 7 billion people.

When can we expect the Great QuantumTransition?

Not earlier than 2021-2023. That is, no earlier than the readiness of the Earth’s field 4D. Perhaps even later. 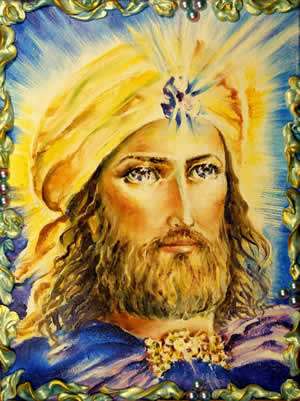 What have to do with the earthlings? To be prepared. Individually and collectively, because everyone needs intensive training and energy upgrading.

And help the Earth.

It needs to be supported with new vibrations, with Love Frequencies. And participate in its preparation for the great Sanitation.

As for world events, they are left for a while to the inertia scenario. But the radical intervention of Light Forces is also approved if events threaten the implementation of the Quantum Transition Plan. 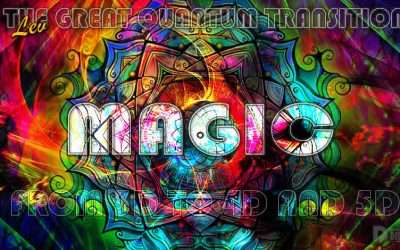 On a Subtle Plane, this fascinating magic is clearly visible. Energy flows come out of the Quasitron (a single system of the Bermuda Triangle, the Mediterranean and the Devil’s Sea’s power fields), pass through the red energy ERMA’s layer, which forms 5D matter, and move in a powerful streams to the South Pole. 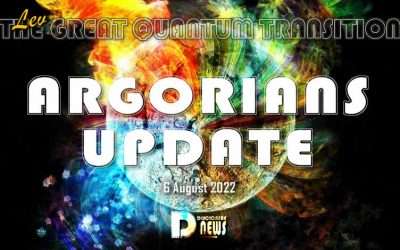 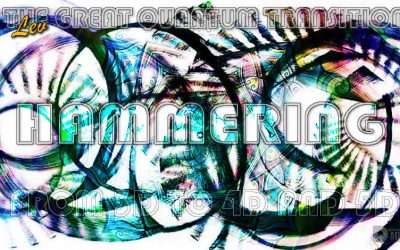 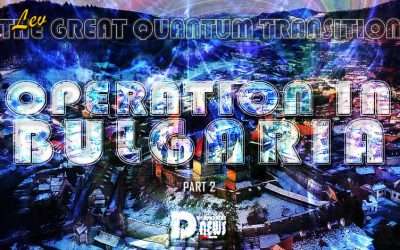 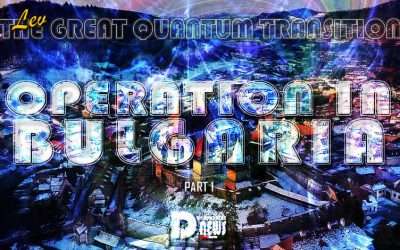 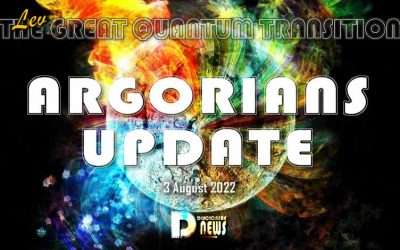