The U.S. political dialogue of late has been dominated by Mossad pedophile blackmailer Jeffery Epstein and Bush-era Iran Contra cover-up artist Attorney General William Barr, and this is probably no coincidence.

The choice of Epstein and Barr may well have been a deliberate nod to the Epstein-Barr virus.

Also known as mononucleosis or the “kissing disease,” Epstein-Barr (EB) was one of the first viruses engineered by the Nazi faction to cause cancer in targeted victims, according to Japanese military intelligence.

In this case, we have a staged public fight between Deep State agents Epstein (Mossad) and Barr (Nazi/Mossad) that seems to be deliberately causing a fatal malfunction in the U.S. political dialogue as portrayed by the corporate propaganda media.

Let us look behind the “botched” Epstein operation to see if it is actually part of something much more sophisticated.

The staging of Epstein’s “suicide” in a “suicide-proof” jail cell was immediately condemned by Barr, even though it occurred on his watch. 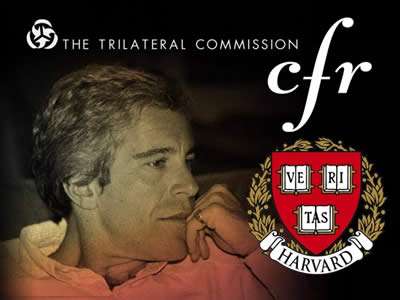 Immediately after the “suicide,” news was released showing that Epstein had a bone broken in his neck that usually only breaks when a person is deliberately strangled.

Following this, there was an “official” autopsy result showing that it was a “suicide” after all.

What is interesting about this operation is that opinion polls show that a majority of Americans, 42%, believe he was murdered, while only 29% believe the “official” story that he committed suicide.

This means that now only a minority of hard-core Kool-Aid-drinking Americans believe their government.

In fact, Pentagon sources say that Epstein has been allowed to fake his death in return for full cooperation in the upcoming take down of over 300 best VIPs visiting his pedophile island. 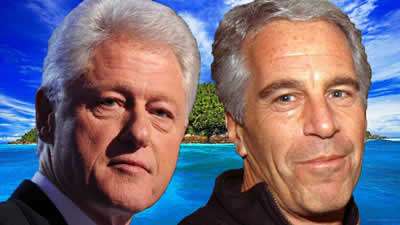 The purposely mocked “suicide” of Epstein has allowed Barr’s investigation of the sex of minors to be turned into a homicide investigation, the sources said.

This gives the US Interior and Military Police much greater powers, they say.

The staged Epstein death was soon followed by an FBI raid on Epstein’s island.

On-site FBI agents purposely opened a window so a drone could photograph a bloody bed in the “temple” on his island.

It can be seen in about 2.22 minutes on the video.

On the US Navy’s Sorcha Faal information/disinformation page, we also receive reports that marine divers have found the remains of childhood bones on the ocean floor near Epstein’s Island.

This means that the scandal is ready to turn from celebrities who have sex with minors, but post-pubertal girls, to the ritual sacrifice of children, many of whom were before puberty.

The sources say that “Lord Edwin Brammal, the eldest living officer after the Queen of British Forces” and others recently ruined their reputation with false pedophile accusations.

The same sources, however, agree that the world is one Satan enemy faced. They said, “We see Satanism primarily as an extremist (fanatical) religious cult like everyone else, but more as a compromise and control mechanism for the very highest members of the social order in the world.“

The same sources also said the Epstein case was “a fiasco on a global level at the highest social level” and “everything will come out“.

Also, “the son of the Queen [Prince Andrew] is involved, for example with everyone else.

He should have been treated for his sex addiction and treated appropriately during his detention.“

While this source of British Royal is clearly nervous about the impending purging of high-ranking pedophiles, he argues that Barr advocates secret military courts when the world demands public and fair trials.

While it is good to arrest high-profile pedophiles, there is still no media discourse about the prosecution of war crimes such as 9/11 or mass murder in countries like Iraq and Japan.

The other dimension of this threat to the mass arrest of pedophiles is of course financial in nature.

In essence, the Washington DC establishment’s argument can be summed up in one dimension: “If you bankrupt us, we’ll arrest you for pedophilia.“

The growing pressure on pedophiles and people arrested as Epstein is linked to a UK-led bloodline attempt to sue for a large pool of liquidity outside the EU, sources in MI6 said.

This is a legal mechanism to control the banking cartel, the source explains, warning that “many of the bankers have died” for attempting to use this mechanism.

What people need to understand is that the bankruptcy of Fiat bankers, including Washington DC, the EU and Japan, does not jeopardize the healthy part of these countries, including non-corrupt bureaucrats and politicians.

In fact, a bankruptcy would free these countries from the Babylonian debt slavery, which many in the Western military/intelligence world know.

The US military will remain fully funded during the upcoming new campaign to definitively ruin the political circus in DC and its ringleaders in Tel Aviv and Switzerland.

This can be seen in the oil exports of the US military protectorate Saudi Arabia to China, which pays cash.

According to TankerTrackers.com , which tracks oil tankers and shipments based on satellite imagery and automatic vessel identification systems, Saudi Arabia exported a whopping 1,802,788 barrels per day to China in July 2019, up 96% from 921,811 barrels a day last year. 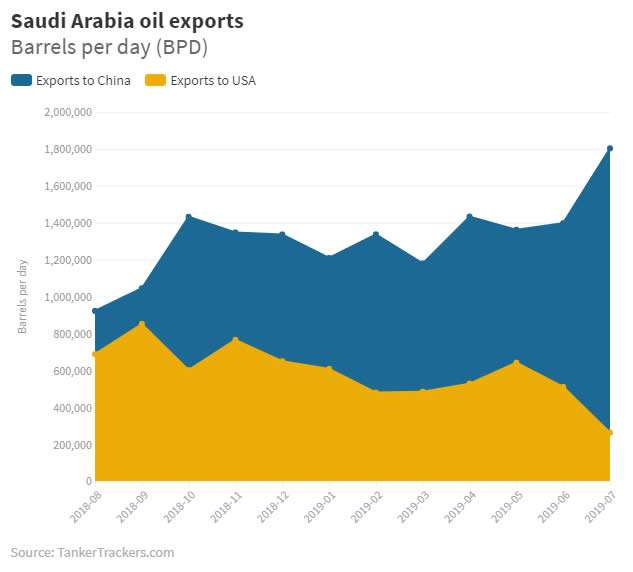 Saudi Arabia’s proposal to create a new $ 500 billion Massachusetts-sized country there, bypassing the existing taboos against human genetic improvement and introducing all sorts of other suppressed technologies, shows that the US Central Command at least trying to found a new country renegade civilization. 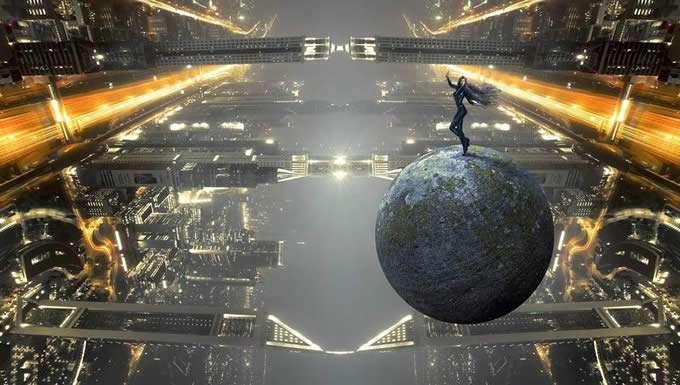 Why Is Saudi Arabia Giving Up Land The Size Of Massachusetts For “The World’s First Independent International Zone”?

Under the leadership of Saudi Crown Prince Mohammed bin Salman, a $500 billion “mega-city” is being constructed in the northwestern corner of Saudi Arabia. This city has been named “Neom”, and when it is fully completed it will be approximately “the size of Massachusetts”.

The Wall Street Journal was able to recently examine 2,300 pages of classified documents related to this project, and what they discovered is absolutely stunning.

This “city of the future” will feature an artificial moon, flying taxis and robot maids, but there will also be gene-editing in order to make humans stronger and smarter, and everyone living there will be subjected to 24 hour surveillance.

In addition, we are being told that this will be “the world’s first independent international zone”, and many are concerned about what exactly that is going to mean.

The DC establishment is getting more desperate every day. Domestically, an increase in mass shooting incidents (whether real or fake) is associated with declining earnings as the public becomes deaf to them.

An attempt to trigger right-wing riots staged in Portland, Oreg., Failed as well.

Following failed attempts at regime change to steal oil from Venezuela, Syria, Iran and other countries, the DC neocon crowd is now hoping to avert bankruptcy by buying Greenland from Denmark.

They are also trying to destabilize Hong Kong’s bargaining power with China to get something.

The protests there began as a legitimate step by the citizens of Hong Kong to lift a law that allowed extradition to China.

Hong Kong is mostly populated by people who have fled communist China, so the law has really hit a nerve.

However, after the withdrawal of China, the protests degenerated, according to the Asian Secret Society, to violent actions by provocateurs who were paid by the Zionists.

The goal was to force China to use excessive force and thereby ruin its international image, the CIA sources admitted.

However, the Chinese learned about the 1989 Tienanmen Square protests and used conventional counterinsurgency strategies such as water cannons and the arrest of violent individuals to keep the protests civil.

The move to Hong Kong came when Trump was forced by the local opposition to lower the $ 300 billion tariff on Chinese goods.

Anyone who knows the real world understands that a bankrupt person who uses priceless debts to buy things (like the US companies) is not in a strong bargaining position.

People who benefit from selling cheap Chinese goods in the US understand this.

The US now pays 94% of all global returns as they despairs trying to keep alive.

In the financial markets, paying more interest than others is a clear sign of a deterioration in creditworthiness.

Needless to say, the DC people have so far managed to circumvent this scenario, and they could do it again this fall.

However, this year there will be a huge fight that could put the finishing touches to the EB-infected political circus in Washington, DC.

Certainly, the Commonwealth, the Vatican, the Russians and the Chinese want, among other things, that the Zionist troublemakers permanently shut down their businesses.

The Zionists will fight this tooth and nail.

Please rest well for the rest of your summer as this fall is likely to be more hectic than usual.