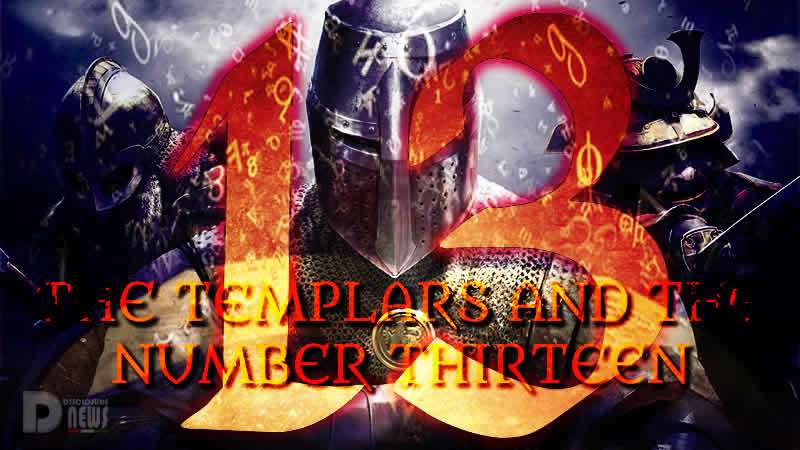 Templars And The Number Thirteen. By Disclosure News

An element very significant which concerns the order of the Templars is constituted by the numerology and the esoteric use that they made of it.

Thirteen is the number so important to the Templars, mysteriously linked to their history and their fate.

This is the number of the members of a Templar Board and of the 12 + 1 great electors of the Grand Master. 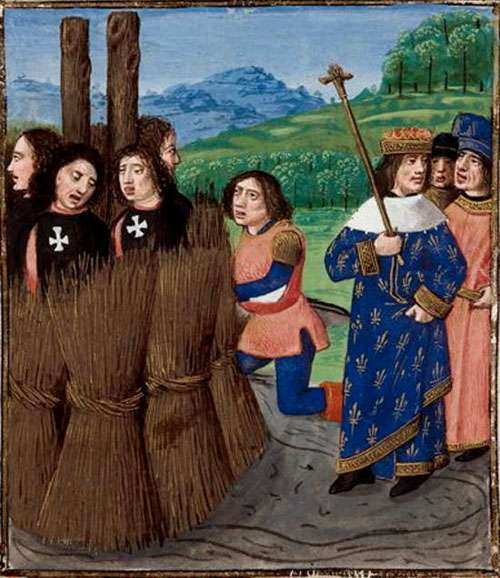 Thirteen Templar Knights, including the abbot, could found a new convent, according to the rule inspired by San Bernardo. A Templar unable to participate in the morning worship was to recite 13 Pater Noster.

The number thirteen was already considered an inauspicious number since antiquity dating back to the fact that at the last supper there were 13 diners, however some argue that the negativity of this date dates back to Friday 13 October 1307, the year in which Philip IV of France ordered to arrest all the Templars.

In numerology, 13 represents the Alchemist and is in close relationship with the universe of senses and forms. It contains the principle of the inevitability of change, the meaning of this concept, it is a warning not to cling to what no longer supports evolution. It is the number that by adding a unit to the Twelve, interrupts the cyclicity, forcing a radical transformation.

The 13 is composed of the numbers 1 and 3 whereby, the One origin of all things, has within itself the germ of the principle not yet formed, the divine number source of all that exists and that is.

Three is also the knowledge of completeness and perfection.

Thirteen is considered the number of the goddess, of the feminine principle.

The lunar year is 13 months of 28 days each, for a total of 364 days. Corresponds to the arcana of the Tarot “Death”, symbol of transformation. And the transformation into alchemy is “putrefactio”, putrefaction, which represents death and rebirth.

Then there is the thirteenth constellation, that of Ophiuchus “he who dominates the serpent”, eliminated from traditional astrology.

The constellation, already mentioned by Ptolemy among the 48 ancient constellations, which distorts astrology: not twelve but thirteen. Thirteen returns.

The number thirteen is the esoteric representation of the myth of Osiris: cut into pieces by Seth (dismembered into 14 parts) and reassembled by Isis without however being able to find the 14th part, the penis. 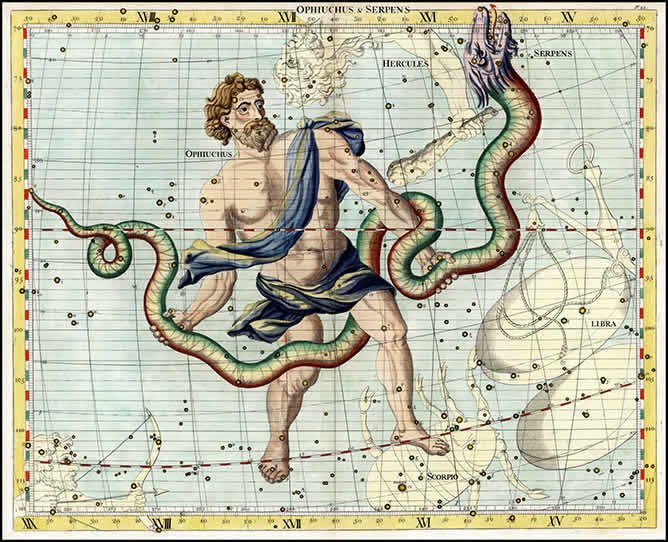 The two central points will converge revealing the double face of the alchemical work: the black and white, the albedo and the nigredo, the esoteric part and the exoteric part. What is and what must appear. The dualism so dear to the Templars.

The Templars adopted the symbolism of duality expressed visually through pairs of light and dark squares: the Sigizie and Gnostics. The number 2 for Jewish Kabala means Knowledge while for Christians, the represents the double nature of Christ: divine and human.

For the Pythagoreans it is the Dyad, the bipolar principle, the generating principle that externalizes God in space and time.

In man we have the duplicity expressed with two hands, two feet, two eyes, two ears, two nostrils, two cerebral hemispheres.
In architecture we have the pairs of obelisks in Egypt and the pairs of columns in the temples.

The great Gothic cathedrals of Rouen, Reims, and Paris were built all over France between 1200 and 1250, up to the Gothic cathedral par excellence, that of Chartres.
The Templar churches were consecrated to Notre-Dame which can be both the Virgin and the Magdalene.

They were built on places already considered sacred and dedicated to the Great Mother, believed to be the most common unitary cult before Christianity.

Cathedrals rise to the sky as if to create a contact between the human and the divine world.

They are all placed in the same way: with the apse facing east, that is, towards the light and all are dedicated to the Virgin (Notre Dame).

They are located in particular positions such that if the points of the various cathedrals are joined, the constellation of the Virgin follows.

That is, the sky brought back to earth. 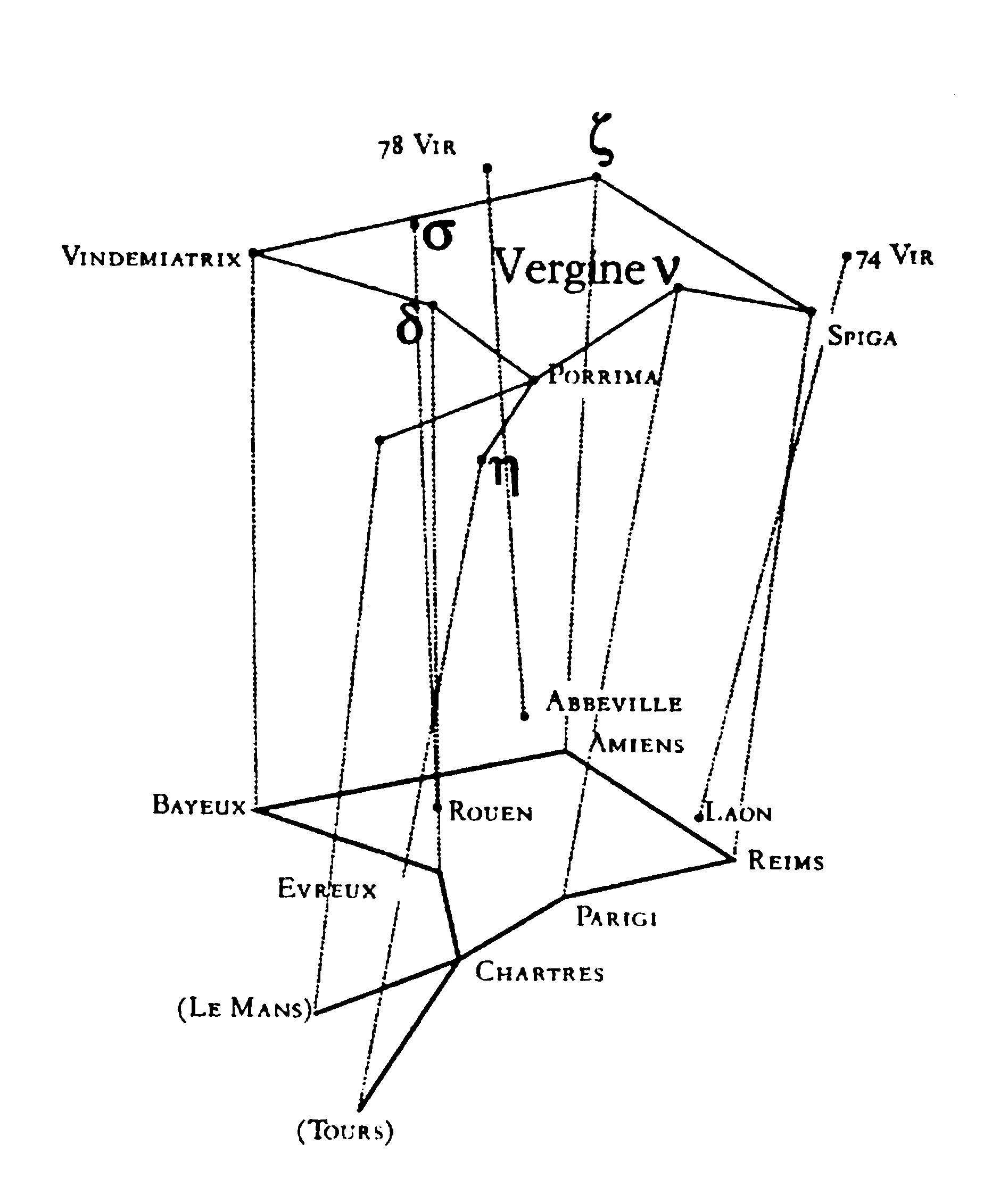 The Great Gothic cathedrals are located in particular positions

The Knights Templar decided to build this chapel in 1180 in a strategic position, on the French side of the Pyrenees, on the road traveled by pilgrims, merchants and armies towards Compostela.

It rises above an ancient Christian building, that was built on the foundations of an ancient place of worship of Mithras.

The Pope of Avignon Giovanni XXII, the successor of Pope Clement V, with the bull Damnatio Memoriae, asked to the faithful Christians “to chisel the patent crosses, the frescoes, the seals and the Templar symbols from all places so that their memory would be forever extinguished “.

The chapel of Montsaunès escapes this destruction, its geometric frescoes, its sculptures on themes from the Bible are of no concern. In this way, like a large stone book, the teaching to which the Templars referred was preserved and hidden in full light.

The chapel is frescoed with mystery themes and everything seems to indicate that that place was not intended for popular worship but for the Knights of the Temple and their initiatory journey.

In the main portal of the Templar Chapel of Montsaunès, in a semicircle band, 52 human figures joined in pairs are carved, that is 2×13 per side, in total 4×13. Some are serene, almost smiling; others are animalistic grotesques with grins. Thirteen the number so important to the Templars.

On the first day of creation Elohim separates the Light from the the Darkness and was Light, symbolized by the flower on a white field. The flower is surrounded by a crown with 23 sectors, divided 13 on the south side, and 10 on the north side.

Ten is the Decade, the foundation and guide of divine and human life.

The two numbers in the wheel of becoming form the twenty three, a happy number. 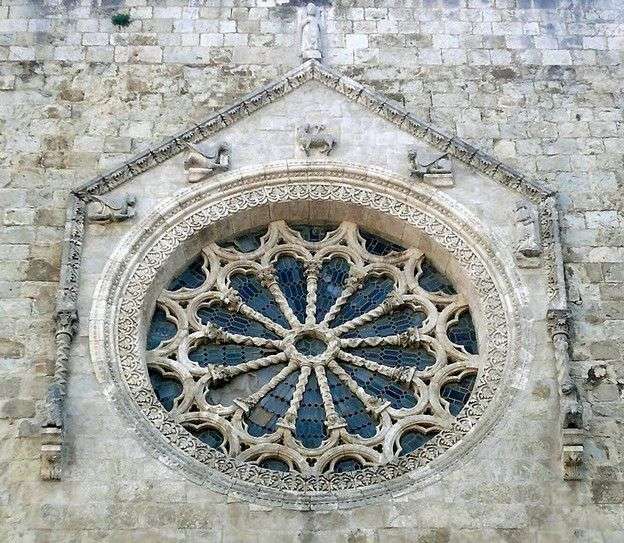 The Rose Window of the Cathedral of Larino 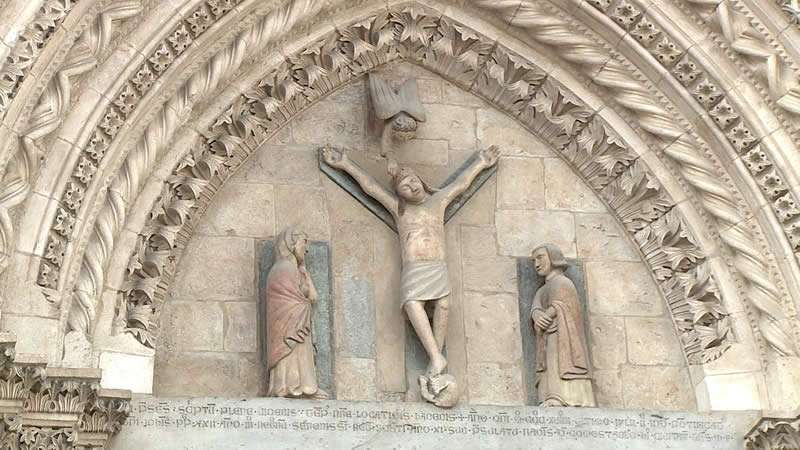 Christ On A Y Cross

The rose window of the Cathedral of Larino also hides a great mystery.

Generally, in fact, the rose windows are 12-rayed while this one has 13. It could represent Jesus with the twelve apostles, but dwelling on the alchemical meaning of the number 13, interesting considerations emerge.

The number Thirteen is associated with the meaning of the end of a cycle, by the fact that there are thirteen lunar months in a year and thirteen are the signs in Celtic and Native American astrology.

Thirteen predicts new beginnings, but it also means that old systems must end to foster the required transformations.

But thirteen is also the famous date “Friday 13 October 1307” so feared that it generated the “triscaidecafobia” that is the fear of the number 13.

In the central lunette of the facade there is another surprise.

An angel tries to remove the crown of thorns from Christ on a Y cross.

This image faithfully follows an ancient symbol that alchemy dates back even to the ancient Atlantean civilization: Algiz, the rune of the momentum between the world of the living and that some gods.

It is the most powerful rune energetically and spiritually, the one that symbolizes awareness of the cosmic order. 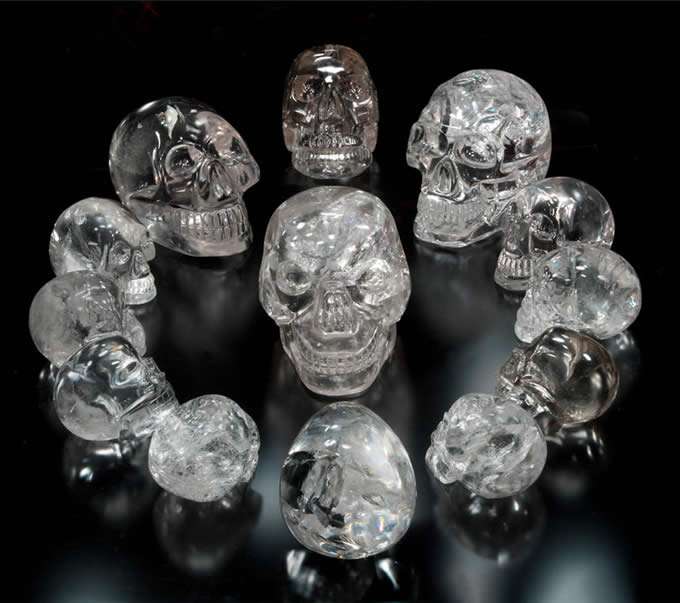 In 1924 in Belize, an English expedition led by Frederick Albert Mitchell Hedges discovered an ancient city buried in vegetation.

The city was called Lubaantum, the place where the celestial stone fell. Here one of the most extraordinary finds in the history of archeology was found: a pure crystal skull.

The rock crystal or hyaline quartz, also called ice rock, has a remarkable hardness (can be worked with diamond points), is resistant to the wear and tear of time and has formidable piezoelectric properties and the Mayans called it The Skull that speaks. 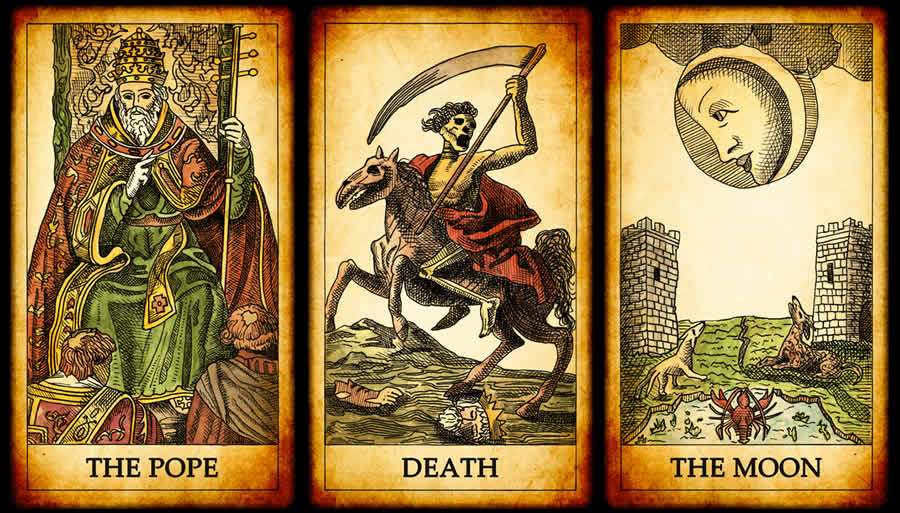 First of all, it is necessary to find in which “house” to insert the reading process, and to do so, it will be necessary to add together the 13th, 5th and 18th:

The arcanum of the Tarot number 9 is the Hermit (reflection). Well, under this hope we consider the following: 13 represents the Divinity manifested or the individual principle (1) interpenetrated by the knowledge (gnosis) expressed by 3.

Thirteen according to a Mayan legend were the hidden skulls, 13 were Jesus with the disciples, 13 still becomes the combination of the stars around the head of the Virgin Mary and 13 the celestial bodies of the solar system, although official science has not yet identified the remaining three planets.

The thirteen in the Tarot is depicted by the arcanum of death, that is, the metamorphosis. 5 is the figure of the Pope: responsibility, while 18 is the Moon, deception.

With an operation of sacred geometry we add five in thirteen and we will get eighteen, or the concealment of what we should not know.

We are on a karmic planet that must “repeat” its evolution by starting over. The dimensional changes of the solar system and the fate of humanity according to the cosmic calendar have always happened.

The ancients knew very well about these energy turning points that caused the Earth’s epochal structural and geophysical changes.