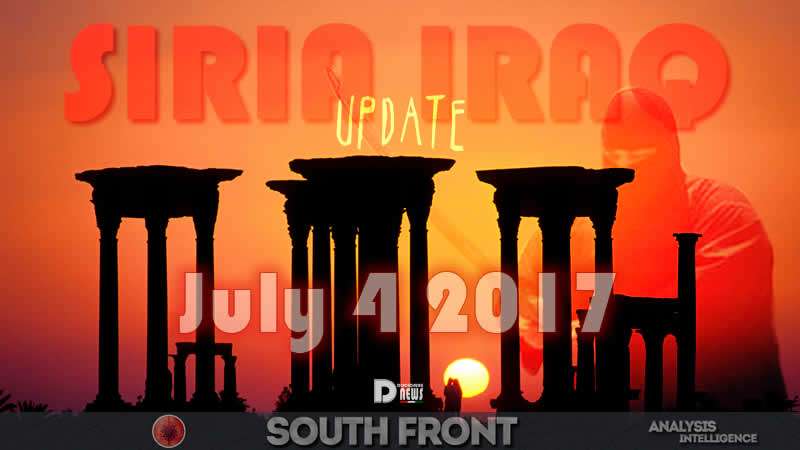 Iraqi security forces are very close to the full liberation of the Iraq city of Mosul from ISIS. However, the terrorist group still controls a part of the Old Mosul area and has a network of sleeper cells in the city.

The Syrian Democratic Forces, backed up by the US-led coalition, are storming the Syrian city of Raqqah controlled by ISIS. The US-backed force has achieved some progress inside the city, but an intense fighting shows that ISIS has enough resources for a stiff resistance.

The Syrian Arab Army and its allies have liberated a large area east of Khanasir from ISIS and now are developing momentum against the terrorist group in the province of Homs. 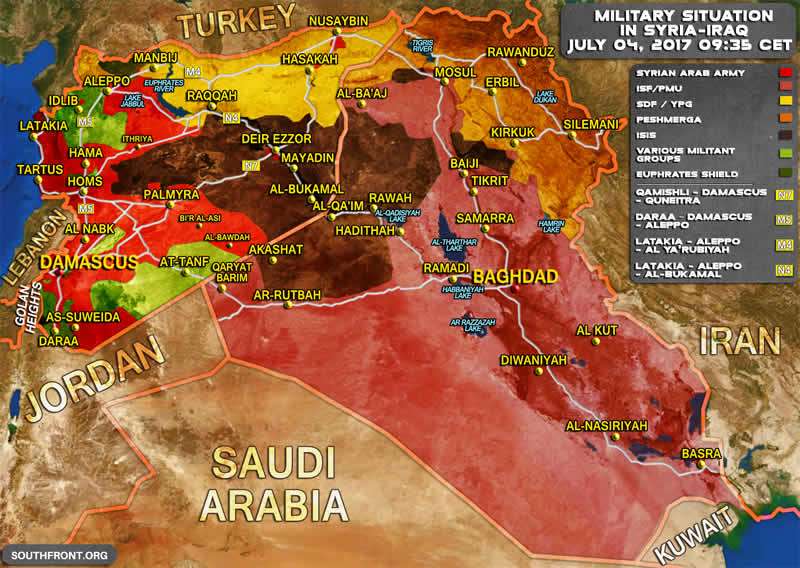 The US-backed Syrian Democratic Forces (SDF) are clashing with ISIS terrorists in the Syrian city of Raqqah. However, SDF units have not been able to enter Old Raqqah area despite repeated attempts to do it because of a fierce ISIS resistance there. 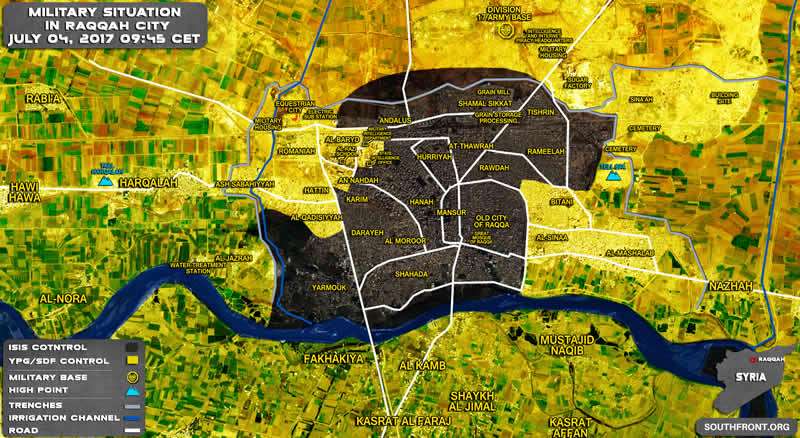 Syrian government forces have liberated the Tulul Hayl area from ISIS and made gains against ISIS near Ramamin in the province of Homs. The Syrian army and its allies, backed up by the Russian Aerospace Forces, are preparing for a major push toward the ISIS-held town of Sukhna at the Palmyra-Deir Ezzor road. 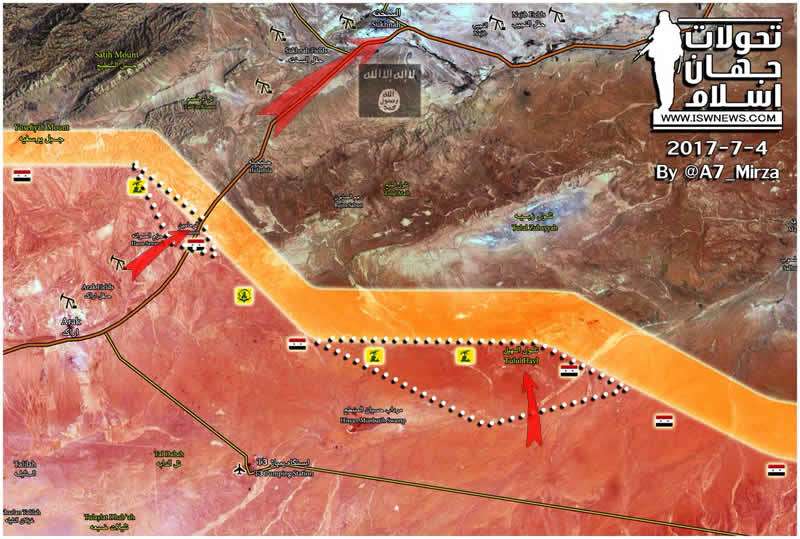 This map provides a look at the military situation in the Iraqi city of Mosul on July 3, 2017. ISIS still controls a part of the Old Mosul area. 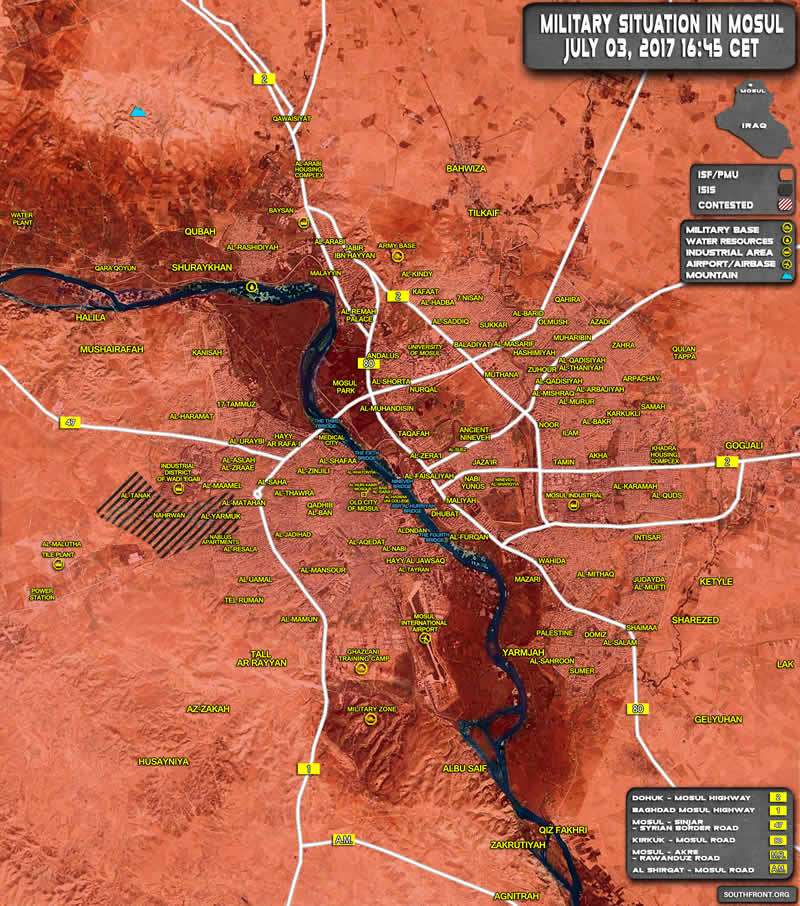