by Disclosure News | Updated on 31 May, 2020 | Energy of Consciousness Currents | 0 comments 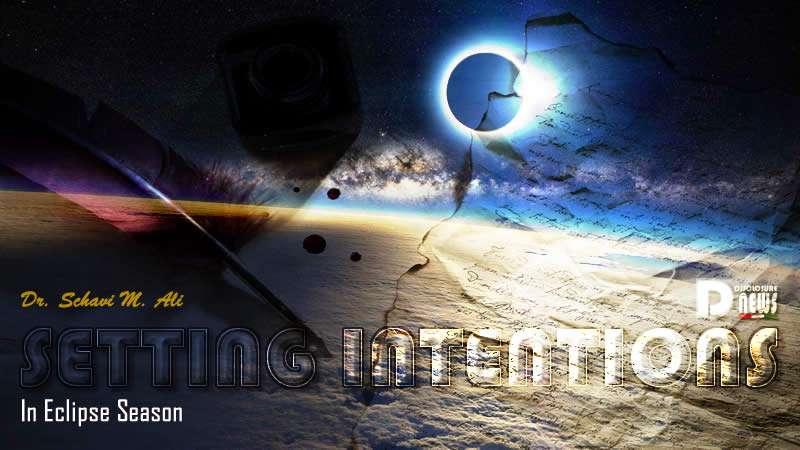 As mentioned in earlier articles, “Eclipse Season” is going to be energetically intense, especially with Mercury also going into its retrograde.

May 29th was the entrance into the Mercury Retrograde “pre-shadow” which indicates what the focus will be for the retrograde itself which, as a reminder, is from June 17th or 18th until July 11th or 12th according to where you live on the planet and the individual time zones.

The “post-shadow”, which indicates the working-out of those issues reflected upon during the retrograde, is from July 13th or 14th to August 5th or 6th–again, according to individual time zones.

However, the first eclipse is a “Full Moon Eclipse”, and it occurs on June 5th with the “Full Moon Portal” opening on June 2nd.

Two more eclipses are due (Solar and Lunar) soon after. Please review the most recent article on these eclipses. 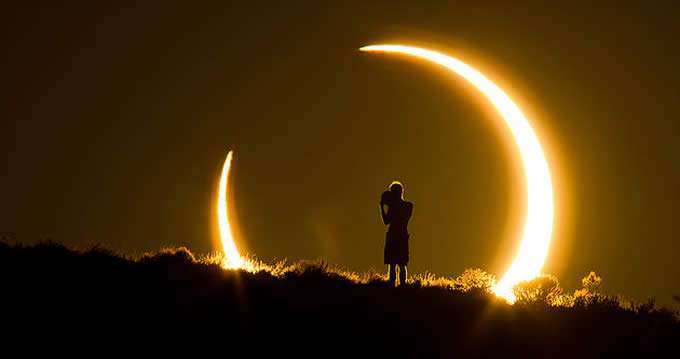 Also remember that several planets are retrograde already as well.

All of this cosmic energy is excellent for setting intentions because the slowing-down frequency of the retrograding planets plus the electro-magnetic pulsations of the eclipses are like planting seeds in the ground for a rich harvest but knowing that it will take time for the crops to come to fruition.

In the meantime, the Sun bathes the garden with its rays, and we water the garden on a regular basis.

We may also fertilize it with a natural substance thus wisely avoiding the possibility of chemical toxicity of our food.

In this same manner, we must plant seeds of intention, water them with focused envisioning, avoid the toxicity of worry and stress.

We must allow SOURCE LIGHT to manifest our “garden of intentions”. 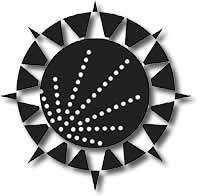 Take a sheet of paper and write-out as a petitionary (asking) letter all of your intentions for the rest of the year and beyond. Do this before the Full Moon Eclipse–the day of the portal opening, June 2nd, is very potent.

Write the letter as if it is being directly sent to SOURCE because it is actually being sent forth into the ethers.

Here is the explanation: Your “Prana” (“Life Force”) is connected to and governed by SOURCE.

It is important to write the letter in your own handwriting so as to create a specific Vibrational Frequency with the energy that is poured forth from the meridians of your hands into the pen and thru to the paper.

In other words, your hands, the pen, and the paper make a direct energetic connection that the keys on a computer key board or typewriter cannot, even though, of course, we certainly use computers and typewriters as convenience measures for many things.

When it comes to a spiritual practice, however, it is best to employ your own physical vessel, mind, and emotions.

Thus, begin your letter with a salutation such as “Dear Divine Source” or “Dear Maha Devi” (“Great Divine Mother of Light”) or “Most High Infinite Presence”–you choose the salutation with which you are most comfortable.

Your letter can list such issues as health, financial concerns, relationship desires, career objectives, spiritual knowledge acquisition, needed housing, vehicles, etc. It can even petition for a Spiritual Teacher who can guide you to Higher Knowledge. 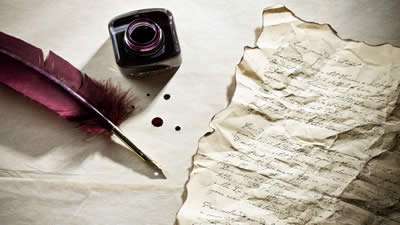 After you have written your letter, symbolically “mail” it by placing it in the soil of a thriving green plant or by placing it between the pages of your preferred holy book.

When you have done this, be seated and pronounce aloud the “Pranava” (“Divine Cosmic Sound”) of “AUM” (also written by some as “OM”) 27 times which is 1/4 of the number “108” which is a sacred number indicative of the fact that the Sun of our galaxy is 108 times the circumference of Earth/Gaia, and that there are “108” major UPANISHADS (ancient Vedic texts) which contain Divine revelations given to the ancient “Rishis” (“Sages”).

As a side note, an interesting supposed historical fact is that the first man into space in modern times in 1961, the Cosmonaut Yuri Gagarin of Russia, told the ground crew to bring him down at the 108th minute.

Many believe that he knew about the sacred number “108” and that he studied the Vedic scriptures. Perhaps he even was wearing a prayer mala with the prescribed 108 beads and a “109th” “Guru” bead.

The number”108″ is a “SOURCE CODE” with a powerful ethereal frequency. Bracelet malas usually have at least 27 beads with a “28th” “Guru” bead.

The term “Guru” translates as “One Who Brings Light From Darkness”.

This bead represents SOURCE–the ultimate LIGHT BRINGER! Ancient teachings say that BRHAMA (“Thrusting Out Energy of Creation”) pronounced “AUM” when all things were brought into being.

The characteristics or attributes of SOURCE (which are often thought of as “Gods” and “Goddesses” in the Western context) are given male and female depictions as lessons.

In truth, SOURCE is ‘Spiritual Energy”, and yet, so much more. Human language is incapable of perfectly describing the Divine Absolute, the ALL. We do as best we can.

Sanskrit, however, is taught in the scriptures to be an “off-Earth” language. It was taught throughout the cosmos to all entities directly from SOURCE.

Indeed, when one studies the science of “Linguistics”, it will be seen that most languages spoken and written by human beings on Earth/Gaia have “Phonemes” (syllabic sounds) and “Linguistic Events” (words and phrases) which are very similar to most of the languages spoken today.

The next step is to be strong in faith that SOURCE will work things out in the best manner. Therefore, do not worry because thoughts of worry and feelings of anxiety disturb our “nadis” (“subtle nerves of the body”).

Thus, writing a petitionary letter to SOURCE is a healing treatment in and of itself because we strengthen our consciousness, and by doing so, we elevate in vibrational frequency.

If anyone is wondering why the words ENERGY, FREQUENCY, AND VIBRATION are used quite often in these kinds of teachings, think about the statement made long ago by the Physicist Dr. Nicolai Tesla: “If you want to know the secrets of the universe, think in terms of Energy, Frequency, and Vibration”. 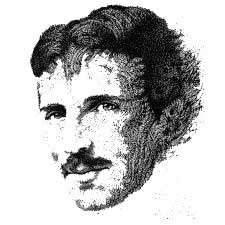 Consequently, everything is comprised of these cosmic dynamics. Therefore, your written intentions, chanting of the “AUM” mantra, and your envisioning of your needs and desires creates the spiritual atoms which will manifest as physical atoms that will take molecular structure and final material form as things and experiences.

Remember, all sorts of portals are occurring in the cosmos, and they are tending to open wider and contain more waves which can be thought into and felt as energies.

Plant your seeds, fertilize your garden, and water your intentions! 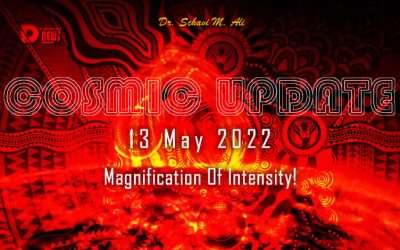 With our Sun loudly blasting its hot, fiery “songs”, and our Moon heading towards its total eclipsing, and with all of the energetics of the entire “Eclipse Season” (Solar Eclipse [April 30th] to Lunar Eclipse [May 15th and 16th]), most people are likely to experience elevated symptoms on all levels. 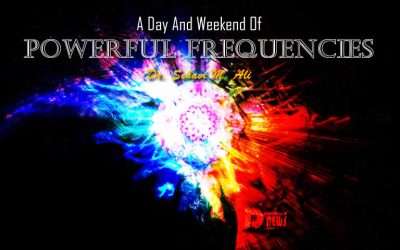 A Day And Weekend Of Powerful Frequencies! – Dr Schavi

These constantly pulsating solar events all around Earth/Gaia are “Energy Fluxes”. All of this is expected to continue to elevate today, Friday, and throughout the weekend as we move into the “Total Lunar Eclipse” on Sunday, the 15th or 16th based upon time zones. “Light Activation Symptoms” (LAS), also called “Ascension Symptoms”, are being reported around the globe at heightened levels. 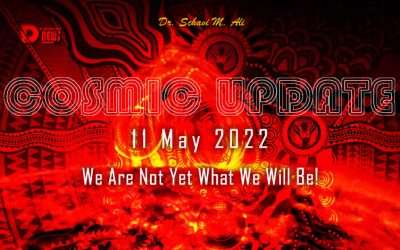 Sunspot numbered “AR3006” by NASA has a beta gamma delta magnetic field for “X-Class” solar flares. Solar winds have elevated from being below normal yesterday (below 300 km/s) to being in the normal range today traveling currently at 319.3 km/s. The magnetosphere of our planet is a mixture of slow to medium-strength wind pulsations, and particle density is heavy with pressure surrounding EarTh/Gaia on all sides. All of the foregoing is likely to shift to elevated levels as we further approach Sunday’s Full Moon Total Eclipse in Tropical Scorpio (Transformation) and Sidereal Libra (Balance). 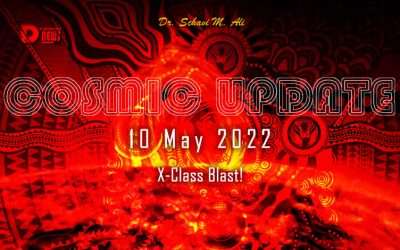 At 13:55 Universal Time (UT) or 8:55 AM Eastern Daylight Time (EDT), on Tuesday, May 10th, an “X.1-Class” solar flare blasted off from our Sun. Sunspots are also detected for other strong flares of the “M-Class” level. This explosion happened very shortly after Mercury officially went into retrograde this morning at 7:47 AM (EDT). 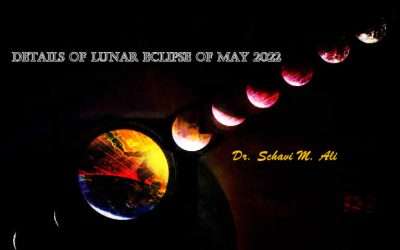 Details Of Lunar Eclipse Of May 2022 – Dr Schavi

All eclipses—Lunar or Solar—begin to announce their energies about a month prior to an actual eclipse and tend to play-out for six or seven months. 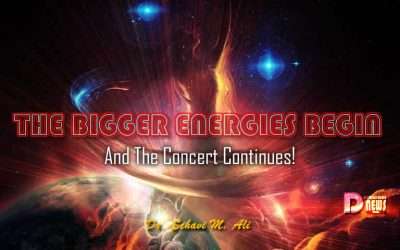 We are one day away from the Mercury Retrograde in Tropical Gemini beginning on May 10th and continuing to June 3rd. The Total Lunar Eclipse in Tropical Scorpio will occur on May 15th (or 16th considering varying time zones) which is also the celebration of Sri Gautama Buddha’s physical birth. Both of these cosmic “concerts”—the Mercury Retrograde and the Lunar Eclipse— will be far-reaching in assisting thoughts and emotions to be dealt with for the greater good of collective consciousness-shifting.