Notice to readers: This is the second of three pre-written reports as we continue our summer “digital detox.”

The secret war for the planet earth has been intensifying and is headed for some sort of climax.

For that reason, before the autumn battles begin, it’s a good time to look at some of the world’s most important secret societies and the governments, religions, and agendas they are associated with.

The first thing people must understand when looking at this issue is that in the real world, spy agencies, secret societies, and armies are subservient to religions.

The reason for this is that even though Mao Tse-Tung said, “Power grows from the barrel of a gun,” it really grows from the mind of the person holding the gun.

Let’s start with the Asian secret societies. Overall, their view right now is that the West has ruled the planet for long enough and now it’s their turn.

However, the Asian secret societies, just like their Western counterparts, are divided into several competing groups. 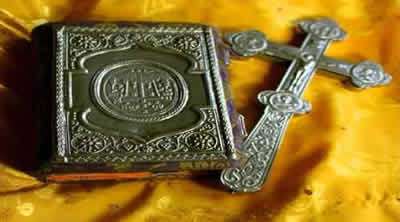 The biggest is probably the Hongmen, with 55 million members, mostly located in China and in Asian communities around the world.

Chinese President Xi Jinping is a member of this group. It can be seen as a sort of combination between a chamber of commerce and a gangster group.

This sort of thing, by the way, is true of Western secret societies, too, because wielding big money and big power requires protection.

The Hongmen are closely linked to, but not the same as, the Chinese Communist Party.

Their hierarchy is based on meritocracy and not bloodlines. There is a Taiwan-based splinter group as well, but they are losing influence and power due to poor leadership and the betrayal of their March 19th secret pledge. 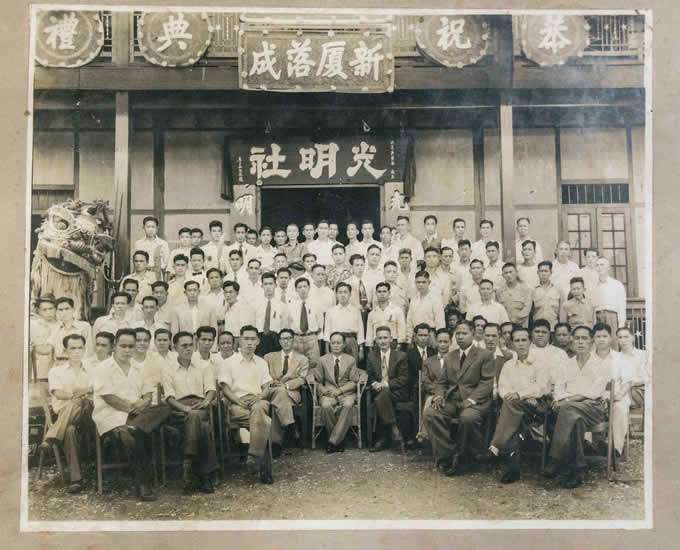 The Hongmen say they want a world government so that humanity can live in peace and prosperity. However, based on my personal experience with them, they need to become more multicultural if they are to succeed.

The second major Asian group is the Dragon family. This is a grouping of old royal bloodlines with their networks of retainers and their stashes of historical gold.

They are strongest in Taiwan, Northern China, and Southeast Asia. North Korea is one of their main strongholds, since that country is the real heir to the Manchu Dynasty which ruled China during the Qing Dynasty (1644-1912).

They are also strong in Northern China, Japan, and Mongolia.

They are the heirs of the Mongol warriors, and any country whose name ends in “-stan,” such as Pakistan or Afghanistan, has a strong Mongol heritage. 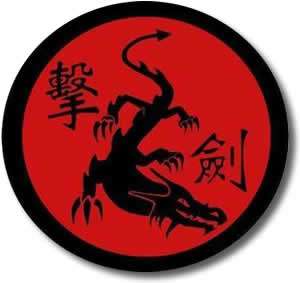 The Dragon family has close links to European royal families and also believes in a world government, but they think hereditary bloodlines and constitutional monarchies are needed to provide such a government with stability and continuity.

Another grouping that used to be very powerful was the Black Dragon Society (BDS).

They were behind the World War 2 Imperial Japanese push for a greater East-Asian Co-prosperity sphere.

This group thought the Nazis would win World War 2 and would proceed to try to enslave and then eliminate the Asian and non-white races, as Hitler indicated in Mein Kampf.

The BDS was very successful in recruiting non-European people around the world in their bid to end European/Western rule.

However, as an African-American activist explained to this writer, “We were all in favour of their aims, except that they told us we all had to become Japanese and obey the Japanese.”

There are several organizations that claim to be heirs of the Black Dragon Society, but none of them have any real power.

The other big Asian secret society is the Blue Dragon, and they are the heirs of the Assassins. They are strong in Persia (Iran) and the Muslim world, especially the Muslims of India.

They believe a great leader called the Mahdi will emerge and rid the world of evil before the End Times.

This group, though lacking a clear leader, is working towards the common goal of liberating the Muslim world, especially the Middle East, of neo-colonialist rulers.

There are other Asian groups and subdivisions such as the Shinto-connected Three Legged Crow, but they are not major players in the current battle for the planet Earth and will align themselves with whomever emerges victorious.

Now let us look at Western secret societies. Since a lot has been written about them already and our readers are more familiar with them, we will provide only a bare outline here.

The overarching group in Western society is Christianity. While Westerners have fought among themselves for millennia, they still have a tendency to unite in the face of a common non-Christian threat.

That traditionally has been the Muslims, but these days there is a push for a “Christian alliance” to counterbalance the rise of Asia.

The first we look at are the Scottish Rite Freemasons, who can be seen as the main secret society in the Anglo world.

They are linked to the British monarchy, the British Empire, and non-Catholic Christianity.

They are the dominant forces in the Anglo world, namely Australia, Canada, New Zealand, the UK, and the U.S., and they are working with China and Russia behind the scenes.

They support a greater role for Asia in a revamped global architecture, but would rather fight to the death than become slaves to the Asians. 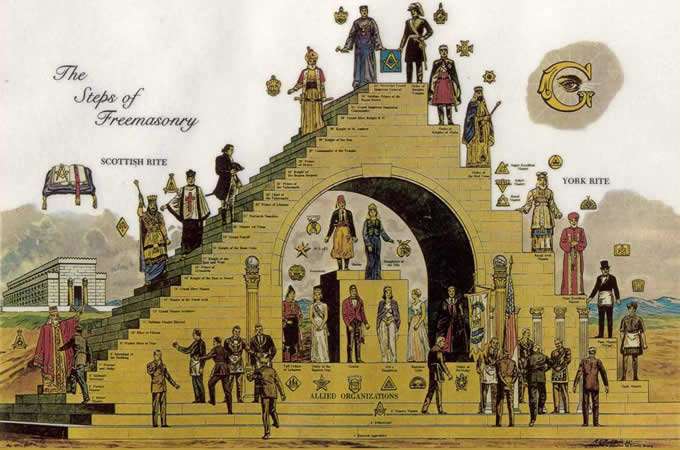 The Steps of Freemasonry

The other big Western group is the P2 Freemason Lodge. This group controls the 1.5 billion-member Catholic Church and the Mafia.

They are also very influential in the military-industrial complex through their control of chivalric orders like the Knights of Malta, the Teutonic Knights, etc.

This grouping experienced something of a coup d’état in 2013 when Pope Maledict (Benedict XVI) was removed from office for being a satanic pedophile.

Also, under Pope Francis, the Catholic Church is reorienting itself away from its birthplace of Europe and toward Africa and South America, where the overwhelming majority of its followers live.

Now we turn to the most problematic Western group—the Jews and their secret masters, the satan-worshiping Khazarian mafia.

The Jewish secret society, in its pure sense, is based on the story that after Jerusalem fell to the Babylonians, all of King David’s male heirs were murdered.

Therefore, to preserve the bloodline of David, his secret service began guarding his female descendants. This is the origin of the custom that you must have a Jewish mother to be considered a Jew.

This group has very successfully infiltrated the royal and aristocratic families of Europe.

They believe they have a hereditary right to rule humanity given to them by God. Their symbol, as can be seen in many of the family crests of European royalty, is the Lion of Judah.

Their historical opponents in the West are the Gnostic Illuminati, who trace their historical origin to the Greek mathematician Pythagoras (570-495 BC), and their spiritual origins to the survivors of Atlantis, a civilization they say was destroyed by flood 26,000 years ago.

The Gnostic Illuminati recruit the geniuses of the ages to their ranks and are opposed to bloodline rule.

They claim to have been behind the French, American, and Russian Revolutions and are now working on a world revolution.

Finally, we turn to the Khazarian mafia. Their history can be read about in the article at this link.

What we can add to this is that the earliest solid historical reference to what is now the Khazarian mafia is the Hyksos, an animal-herding people who invaded Egypt around 1650 BC.

They worshiped a goat-faced animal with a forked tail named Baal, whose image can be seen below. 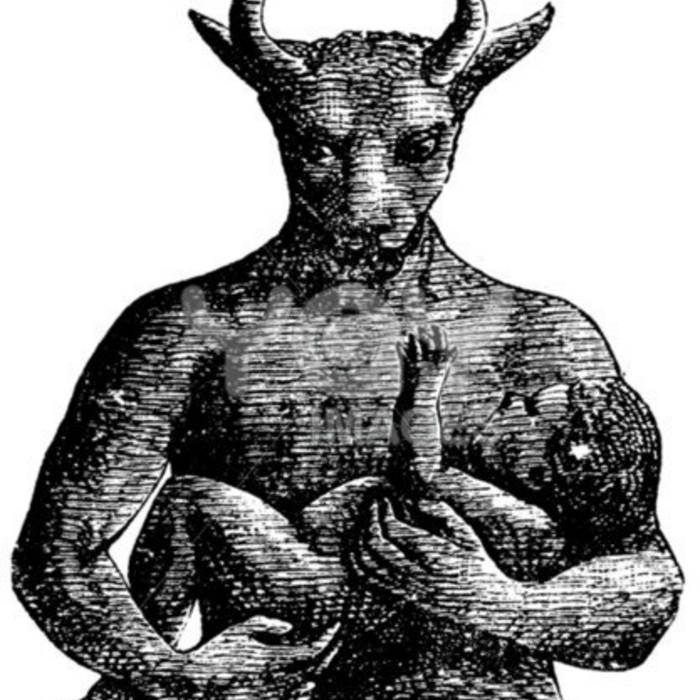 This god merged with the Egyptian god Set and is the origin of what we now call Satan, Moloch, etc. Their worshipers seized power in the U.S. and the Western world after September 11, 2001.

They have been actively planning to kill 90% of humanity and enslave the rest. Many senior oligarchs are members of this group.

This can be seen, for example, in the Moloch worshipers who gather at the Bohemian Grove every summer.

Their headquarters are the Rothschild family complex in Zug, Switzerland, but they have many other bases.

The key source of their strength is their hijacking of the world’s financial system and their creation of world debt slavery through their money “Majick”—that is, fiat currency—the creation of money out of nothing.

Finally, we turn to the White Dragon Society.

The WDS alliance was formed in reaction to the genocidal plans of the Khazarians.

Also, they are alarmed at the incredible incompetence of the people who are currently running the planet.

The WDS is pushing for world peace and a massive campaign, similar in scale to World War 3, to immediately end poverty and environmental destruction.

They also want the hidden technology, (for example, the 6,000 patents suppressed in the U.S. for “national security reasons”) to be released in order to launch a new era of unprecedented prosperity and exponential expansion into the universe.

The key to making this happen is to remove control of the world’s financial system from the hands of the Khazarians.

This year’s autumn offensive will be aimed at doing this, and special attention is going to be placed on the Bank for International Settlements (BIS) and its subsidiaries such as the Federal Reserve Board, European Central Bank, Bank of Japan, Bank of England, etc.

The Khazarians know that if the true extent of their crimes, including human sacrifice, cannibalism, the poisoning of the food and medical systems, their fomenting of war, etc. is revealed, they will be punished. Let’s make it happen.