The result is that unlimited funding is going to be made available to fund projects to help the living creatures of this planet, human and otherwise, the sources say.

However, since we are entering historically uncharted waters, it will probably take a few months before the actual work can begin, the sources say.

At present there are several competing plans being presented at the highest levels of world power.

The Vatican and the P2 Freemasons want to make funds available to existing nation-states through selected individuals, P2 sources say.

The Chinese have already started their work through their One Belt One Road program. The white hats in the Pentagon and the military-industrial complex are promoting their NESARA and GESARA Global Currency Reset ideas.

Enough money is theoretically available for all of these projects to go ahead simultaneously.

However, there is agreement that any release of funds will have to be firmly connected to reality and real-world projects if we are to avoid hyperinflation or asset inflation, as we have under the current system.

The White Dragon Society has also put forward proposals that have been given initial approval by both Eastern and Western secret societies, WDS sources say. 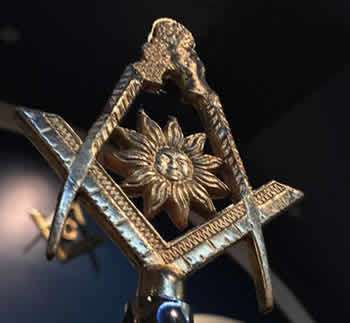 Proposed headquarter locations for the Western agency are Winnipeg, Canada, the exact geographical center of North America; Buenos Aires, Argentina (the Pope’s home). For Asia, Nara, Japan, Laos, and Singapore are being proposed. Negotiations are ongoing and no final decision has been reached.

However, it has been confirmed that over $200 billion in gold-backed funds will be available to start the agency as soon as the appropriate legal documents are prepared, BIS sources say.

While this is all good news, fighting to subdue the remaining Khazarian satanists continues in the U.S., the EU, Israel, and Japan.

The WDS proposal is as follows: The creation of at least two competing future planning agencies. Each would have a governing board of seven people selected from seven regions:China, East Asia excluding China, Europe including Russia, the Muslim world, India, Africa, and the Americas.

All decisions would be reached by majority vote and vetoes would be limited to individual regions. 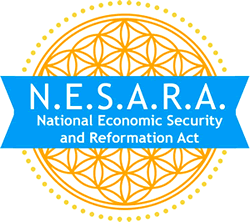 In the U.S., according to Pentagon sources, the Democratic Party fell for a trap when they were baited to commit midterm election vote fraud, which will lead to their prosecutions as FISA declassification will take down the House.

In other words, the elections in Florida, Arizona, and elsewhere were carefully monitored, and evidence of election theft was gathered in order to round up more Khazarian mafia criminals, CIA sources say.

This means judges and prosecutors can now be appointed to carry out the long-awaited arrests, the sources say.

Furthermore, they continue, When top Democrats in the House are busted, special elections will be held which may return the House to GOP control.

The other notable event in the U.S. last week was Supreme Court Justice Ruth Bader Ginsburg falling in her office and breaking three ribs.

CIA sources are saying she was expected to resign from the Supreme Court in January. This would give the military-backed Trump government a 9-3 majority in the Supreme Court, Pentagon sources noted.

In addition to this, the investigation that led to the arrests of Goldman Sachs executives in a scandal involving the looting of money from a Malaysian state fund appears to be a zeroing in on former CEO Lloyd Blankfein.

There is plenty of evidence that the Khazarians set off wildfires in California and staged yet another mass shooting incident there to try to get federal funds and distract public attention from the election thefts, the Pentagon sources say.

However, a kamikaze or divine wind burned down the homes of Hollywood elites, celebrities, and liberals in Malibu, the sources note.

It isinteresting that a fire destroyed the HBO series set Westworld near Los Angeles. Since the second season of that series was a flop, if I were an agent ofthe insurance company, I would carefully investigate the fire.

This means that the French president of the Rothschilds slave Emmanuel Macron is the last great Khazarian leader in Europe. 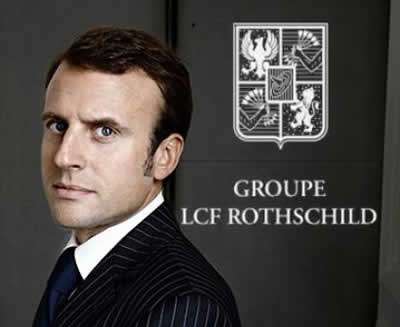 Last week Macron told a European radio station: “we must protect ourselves from China Russia and even the United States.”

This phone call, which Trump called very offensive, it is probably the admission that China Russia and the United States are attacking the Khazarian Mafia and their European dictatorship together

The Khazarian were still trying to start World War 3 to escape the ongoing purge.

As the former CIA agent Robert David Steele said it:

“The deep state is in the possession of the North Atlantic Treaty Organization (NATO) and two of the best servants of the deep state, NATO Secretary General Jens Stoltenberg, Norway, and Supreme Commander of the Alliance Curtis Scaparrotti, USA, have in my vision exercised with Trident Juncture (TRJE18) a way to make possible the first attack against Russia after a false flag operation of Gladio and NATO, which take place after one, or perhaps more, simulated Russian attacks made specifically like Casus Belli.”

In Israel, meanwhile, the ongoing campaign to remove Satanic Prime Minister Benjamin Netanyahu took another step forward after the police recommended to indict some of his Israeli associates in a corruption scandal involved in the purchase of submarines from Germany.

These submarines were mostly sunk by the US military because they were used in the attempts to start a Third World War to shoot nuclear missiles and blame other countries like North Korea and Iran, sources from the Pentagon and the CIA say.

The Israeli submarines German construction were also involved in terrorists nuclear attack and tsunami on the 11th of March 2011 against Japan, according to Japanese Military Intelligence.

You can bet that Netanyahu’s members are offered plea bargains to expose and dethrone Netanyahu.

Also in Asia, Khazarian dominance continues dismantling. Sources from the Manchu Royal Family say South Korea will no longer exist as an independent state. “It will join North Korea and perhaps even Manchuria“, says a source from the royal family. The US Military will be elide with the new unified state, he said.

In Japan, meanwhile, a new party has been formed to restore samurai rule, the announcement was made on the 11th of November 2018 the 100th anniversary of the end of the First World War.

The Japanese were among the winners of the First World War but were mostly snubbed by the Treaty of Versailles and further alienated when the League of Nations has snubbed their proposal to prohibit racial and religious discrimination.

This time the agreement between Western and East and Secret Societies has rectified this historical injustice, according to sources of the secret society.

The military and Japanese underworld sent high-level representatives to the foundation events staged if the Meiji Konkan. There was also a WDS representative.

This is a place of historical importance for the Japanese since it is here that “the drafts of the ancient Imperial Constitution and the Imperial Household law were discussed in the presence of Emperor Meiji.”

The appointment of a new Emperor of Japan next year will mark the end of secret colonial rule in that country and the beginning of a new era, say Japanese right-wing sources. As part of this the Bank of Japan will be nationalized, they say.

Recall that in October Trump said that the Federal Reserve Council was “the greatest threat“, from this we can guess that the US and Japanese right-wing forces are preparing for the control of privately-owned Central Banks.