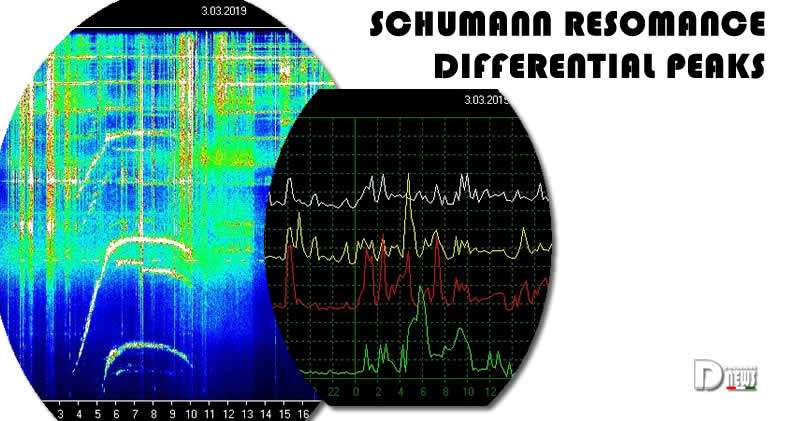 Let’s try to go more in depth on the Differential Peaks, we will have to give our interpretation, which is not based in any way on scientific materialism.

Looking at the chart of today we can note that at the same time, for the same frequency, there have been different measurements of amplitude. Generally every meter, when peaks occur, gives its own measurement and all are in agreement, each in its detection field, that a peak is occurring. Today, however, they were not all in agreement.

To interpret this with simple words we could say that it is as if a person were speaking simultaneously with two voices, two tones, for example a low tone and a high tone.

What it could mean is hard to say, even if from what was reported by P1 it would seem a positive thing. As the Planet is in a very powerful phase of evolution this could mean for example that the Earth, Gaia, is entering the full 4D, or even in the low 5D, this we could only discover in the future.