The announcement on October 24, 2018 by Rothschild & Co that they are getting out of the trust business (i.e., managing other people’s money) is a major historical turning point that almost slipped by unnoticed.

It was in 1769 that Mayer Rothschild, the founder of the dynasty, first started to manage money for royalty.

Now, seven generations later, his descendant Alexandre de Rothschild has been forced out of the business by multiple international criminal investigations that are zeroing in on this criminal family, Pentagon sources say. It means that for the first time in 249 years, the Western financial system is freeing itself from Rothschild financial control.

In particular, the arrest of Goldman Sachs bankers in the 1Malaysian Development scandal means that the Rothschilds’ involvement is about to be revealed, French investigators and other sources say.

This complicated scandal involves Hillary Clinton, Barack Obama, the Saudi Royal Family, and many others, but the trail ultimately leads to the Rothschilds, the investigators say.

It will also inevitably lead to the Malaysian Flight 370/17 mass murder and G20 nuclear blackmail incident, CIA sources say. That is why the Rothschilds are being forced to get out of the trust business, according to the investigators. 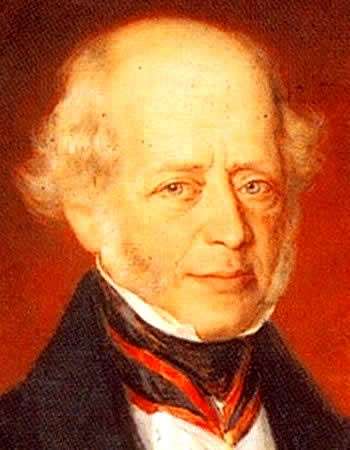 However, one CIA source with Rothschild connections downplays this development, saying “The left hand is selling to the right hand,” and pointing to this part of the press release:

“This acquisition is being led by Richard Martin, a senior executive of Rothschild & Co, with financial backing from an experienced investor.” 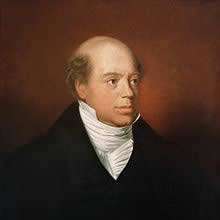 Nonetheless, former CIA Operations Officer Robert David Steele says the Rothschilds have been forced out of the central banking business altogether, even though they asked to be allowed to keep a token 5%. BeforeItNwews.

In fact, a very visible sign of the French Rothschilds’ fall from grace came with the arrest last week of Nissan Chairman Carlos Ghosn. Ghosn was officially arrested for tax reasons, but the real reason for his arrest was military, according to Pentagon and Asian secret society sources.

Pentagon sources say the arrest of Ghosn is “a move to stop the Renault-Nissan merger, weaken [French President Emmanuel] Macron, and reduce Rothschild influence in Japan.”

Asian secret society sources, for their part, say more specifically that the French were trying take complete control of the Renault/Nissan/Mitsubishi Alliance in order to steal Japanese and U.S. military secrets. Mitsubishi Motors, part of the Nissan/Renault automotive alliance, was formerly part of Mitsubishi Heavy Industries.

MHI is Japan’s leading military manufacturer, and the U.S. Seventh Fleet commanders arranged Ghosn’s arrest and subsequent downfall in order to prevent the French from accessing its technology via Mitsubishi Motors, the Asian sources say.

This public fight between the EU and the U.S. government is a visible sign of the ongoing battle for world control, pitting the 13 royal bloodlines and their EU totalitarian state against the anti-bloodline Gnostic Illuminati who now control the U.S. military-industrial complex, Illuminati sources say.

Another visible sign of this conflict is the enormous and violent anti-Macron revolt in France. As 3/4 of the French population support anti-Macron activities, you can be sure that the pressure against this fraudulently elected president will increase, especially now that his Rothschild leaders are losing power.

In any case the attempt by the French to steal the Japanese military secrets has also transformed the Mitsubishi Group, the main supporter of the Japanese Prime Minister Shinzo Abe, towards the Finance Minister Taro Aso, according to members of the clan Iwasaki owner of Mitsubishi.

The daughter of a Tso’s married Alexandre de Rothschild and Aso sold Japanese water rights to Veolia, a company linked to the son-in-law Rothschilds, say the Japanese right-wingers.

Now both Mitsubishi and the Nationalists are against him, Aso is a condemned man, sources say.

The French Rothschilds were also intimately involved in the Fukushima mass murder and tsunami incident on March 11 2011, according to sources from the British Rothschild family and Japanese right-wing sources.

Another convicted man is the CEO of Softbank Musashi Son, say Asian sources of the secret societies. It is not yet clear which excuse will be used to overthrow him but his involvement with the Japanese elections and the deadly Saudi Crown Prince (or more precisely his master puppeteers) means that his time has run out.

The sources of the Asian Secret Societies, for their part, say that the great changes in Japan will take place after May next year, when the new Emperor will formally ascend the throne.

The sources explained that the special seal is necessary for putting the Emperor and these changes into practice. 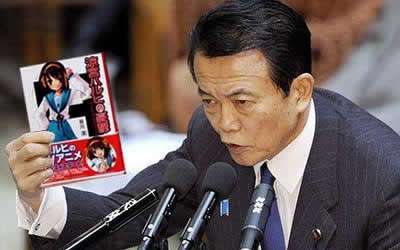 While the sources were vague about what exactly would have happened, they made it clear that Asia would no longer let itself be artificially divided by Western intrigues. So it is a good hypothesis that after the Korean unification the peaceful and friendly return to China of Taiwan is also underway.

The friendship between Japanese and Chinese will certainly flourish, sources say.

Even the sources of the Asian Secret Societies fully support the idea that Western civilization is like a beautiful woman infected with syphilis. By syphilis we mean of course the Khazarian Mafia. This is why they support the ongoing campaign to remove this infection from Western body politics.

The 28-page reported the linked here, which features special counsel Robert Mueller and others, is a detailed example of the horrible crimes the Khazarian Mafia has done with others.

This last exhibition is only a small part of the battle that is still raging in the United States and throughout the Western world. The battle remains the most fierce in the United States with the ongoing purge of the FBI, the Department of Justice (DOJ), the CIA, the Military-Industrial Complex the political system etc.

The removal of Satanists like Hayden will make cleaning up the American Judiciary easier as they prepare to handle mass arrests in progress, say CIA sources.

If you do not believe that the arrests have already started you’re not connecting the dots. Take a look at this link for example to see how the status of Clinton’s criminal family in Arkansas is cleaned up.

As the political and judicial system is cleaned up, the good guys are preparing for a massive war against the pharmaceutical industry, say Pentagon sources.

On this front “Big Pharma has recalled in the first fatal deadly battle, the Department of Health and Human Services drug advisor Daniel Best, followed by Pfizer provocatively announcing a price increase in January 2019“, sources say.

“So“, they continue, “they expect Trump and Congress to begin a wholly public approach to crackdown on the pharmaceutical companies cartel“.

We recommend that they start with the raids in the American Medical Association before they destroy more evidence than they already have and, besides outside the United States, Interpol will still be used to bring down Khazarians all over the world, despite the fact that the major Russian General Alexander Prokopchuk was not elected, as we erroneously reported last week, as the new head of interpol the Pentagon sources say.

“Interpol elections may have been rigged to favor a Korean who would lower the profile of Russia and keep the Cabal at bay“, they explained, but they add, “the newly elected Chief Kim Jong Yang will take orders from the u.s. intelligence and will cooperate with Vice President Prokopchuk“.

The Russians are finally making the moves, though, late against the failed Nazi state in Ukraine by capturing three Ukrainian warships over the weekend, which prompted Ukrainian President Petro Proky Poroshenko to declare martial law.

While the removal of the Khazarian Mafia from world power continues, we can expect a domino with Netanyahu, Macron, Porky and Aso to fall and finally deliver their Rothschild puppeteers to justice: selling their fiduciary business is too little too late for this criminal family.

At the end of the day, the world will discover their intimate involvement with the Second World War, the Holocaust and many other horrible crimes against humanity.