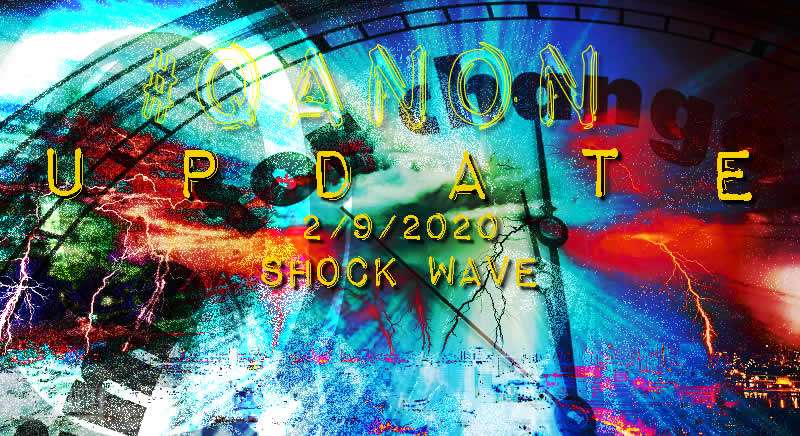 Communist China has a list and @SecPompeo has seen it! Busted! Holy Crap did your State take dirty Commie $ #TheMoreYouKnow #QAnon https://t.co/qej1G6JjSZ pic.twitter.com/a1CphwcmH2

An informed public threatens those in power.
Q

@mikepompeo at Governor’s Ball highlights how Chinese foreign influence agency, United Front Work Dept, has list of all 50 US State Governors classified as “Friendly”, “Hardlined”, or “Ambiguous”. Bet some of them there were sweating when he said that! Kudos to @KarluskaP!

Principal Pompeo laying it down to the governors compromised by China. Wow. Felt like he was about to pull the paddle out and have each of the compromised governors come up one at a time for a paddling. If only it was that easy. How many governors sold out secrets to obtain $$$ from China? Pompeo said there’s a Chinese list with specific names or governors and identifies those governors as friendly, hardline, and middle of the road.

Y’all really need to grasp this:

There’s the public Trump we all know, and the one we don’t. Both are genuinely good people.

He’s a Trojan Horse loaded with untold knowledge and intellect. He had to hide some of it for all our benefit.

Similar to what Q is saying below.

Kudos to @JuliansRum! @mikepompeo was invited last year by a former governor to “US – China Governors Collaboration Summit”. As former C_A Director, he KNOWS which Governors were listed as “friendly”.

Good find @JuliansRum. This is why Pompeo was appointed as CIA Director before he was appointed Sec of state. Needed to know the big picture of the corruption taking place so he could further root it out as Sec of State.

QAnon confirms that Pompeo installation as Director of the CIA & subsequent transfer to become Secretary of State was part of The Plan, eg, able to now publicly articulate that he KNOWS which Governors were listed as “friendly” to Communi$t corruption.

A list of governors were selling our national security to China like candy, fully [knowing] it would hand them our sovereignty on a silver plate, and annihilate our Republic as we know it. “Friendlies”, as China calls them. A lot of urethral sphincters in that room just gave way.

Pompeo was channeling his inner @rickygervais with this speech at the National Governor’s Association where he unabashedly stuns the whole stinking lot of ’em with the truth of their treason. Every glass of champagne they drink from here on will feel like hydrochloric acid.

The bottom half was instructed (99% good).
The first will send a shock wave.
Q

Half the people involved in the Russia investigation are going to jail”. @LindseyGrahamSC just told Judge Jeanine this. The bottom half were carrying out orders. The first arrest will send shock waves. I think it will be Brennan or Schiff.

Multiple people are asking me when this current attack started. Our 8KUN internal DDoS alarms went off at around Feb 9 @ 3:25 UTC. We are back online now. Sorry for the downtime everybody. Total downtime: approximately 2 hours.

This was a huge attack, someone really wanted the site offline.

I believe that whenever [they] DDoS 8kun it’s because they’re about to move something. They want to prevent Q from dropping stringers to other white hats while doing so.

Just a theory. But logic dictates that unless they shut down 8kun completely there’s no point to a DDoS. No doubt [they] hate 8kun because of that. But DDoS attacks don’t prevent that at all. Sure it might pause redpills for a moment or so, but that’s it. If they’re about to do something risky tho, it’d make sense to shut down Q comms while they run the op.

And yes, they’d have to use something like coded tweets from the NYT because they can no longer directly communicate with each other (NSA). Same reason Nellie Ohr tried using a HAM radio.

Can’t help but wonder if there might be some interesting happenings tonight at the Oscars (“Red carpet event”). Original drops mentioning “Red carpet event” was re: Emmys. Tonight also happens to be a full moon. It’s also National Pizza Day. How apropos.