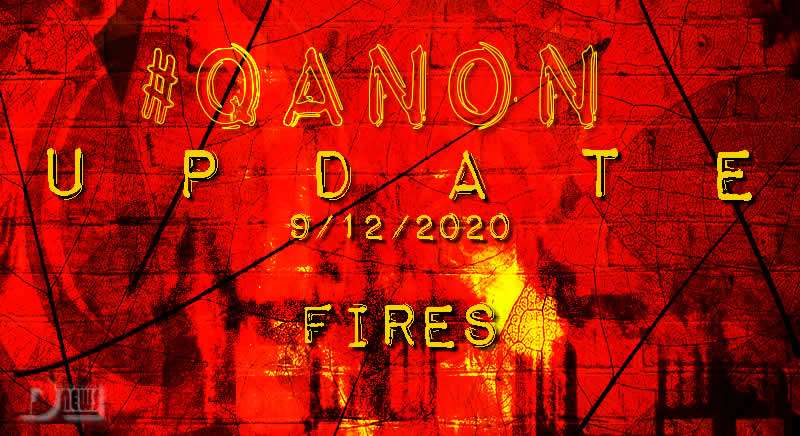 We got another one! Great job Trooper Morefield. A pedestrian decided to match light the grass at SR-512 and SR-7. Citizen observed and alerted 911. After a short foot chase, one is in custody and on his way to jail. #Justice #Beatrooper @CentralPierce pic.twitter.com/ePJMHU4tUd 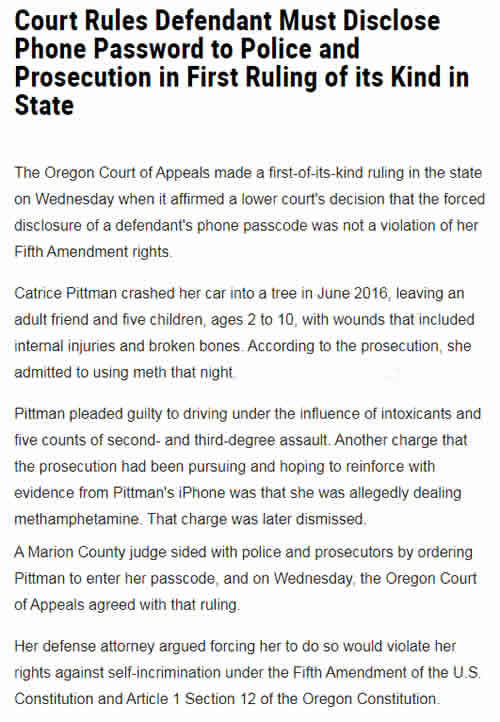 Another arsonist caught while the fake news pumps out muliple hit pieces claiming these stories are a conspiracy theory being pushed by QAnon.

We are supposed to disregard what we are seeing/reading and only believe the fake news media. Even BigTech is sensoring articles about arsonists being arrested.

“The Oregon Court of Appeals made a first-of-its-kind ruling in the state on Wednesday when it affirmed a lower court’s decision that the forced disclosure of a defendant’s phone passcode was not a violation of her Fifth Amendment rights.”

Does this allude to Oregon law enforcement having access to phones of the apprehended arsonists? Would definitely help trace Antifa command and control behind fires. 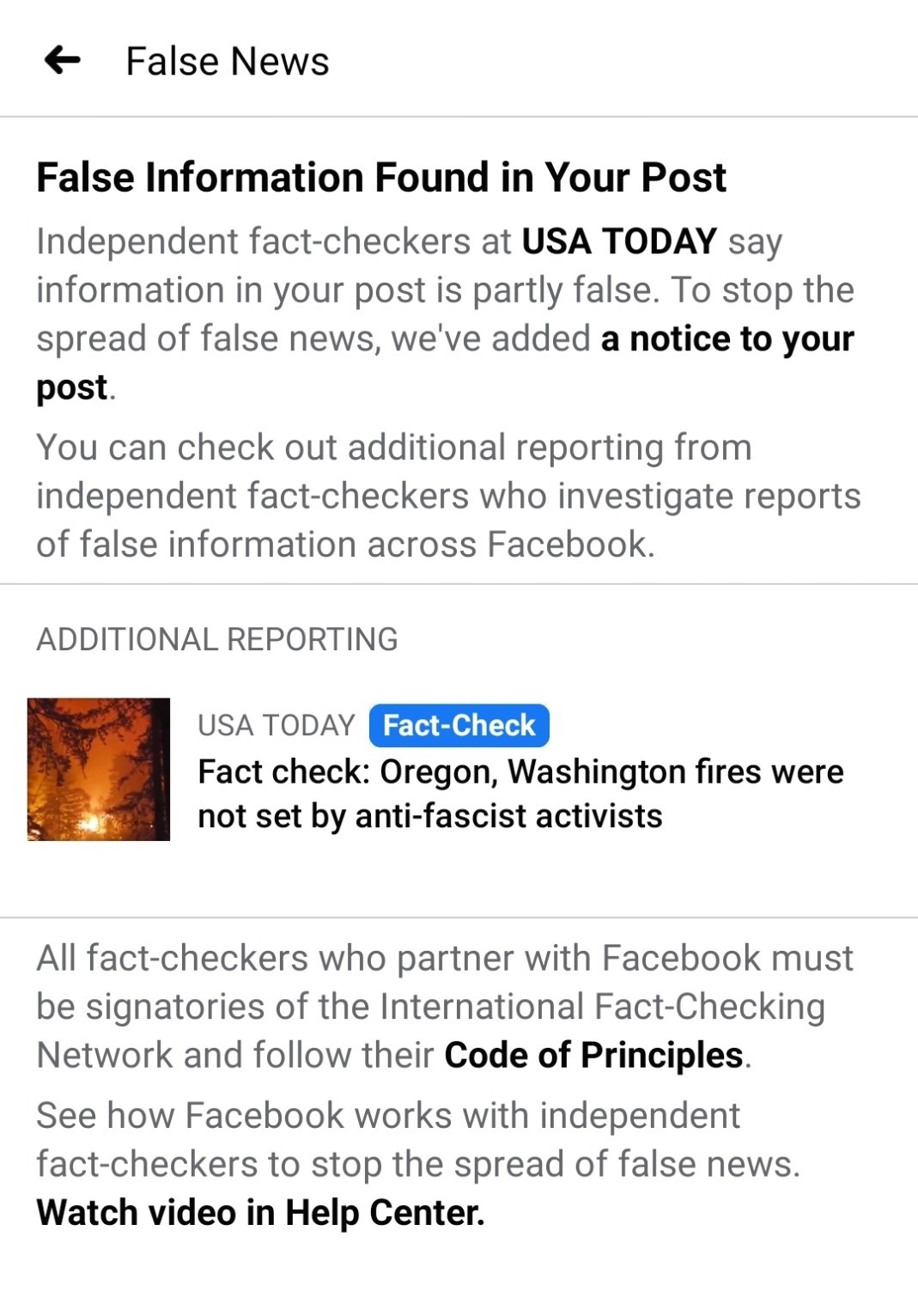 We and other chapters of Antifa around Oregon have collaborated to ignite fires around the state to draw attention to the #climateemergency. #antifafires #antifariots

It’s before our eye the technique of Divide and Rule… this is beyond Antifa igniting fires, like it’s not D vs R, these is the Dark Forces attack to the Planet in big style. 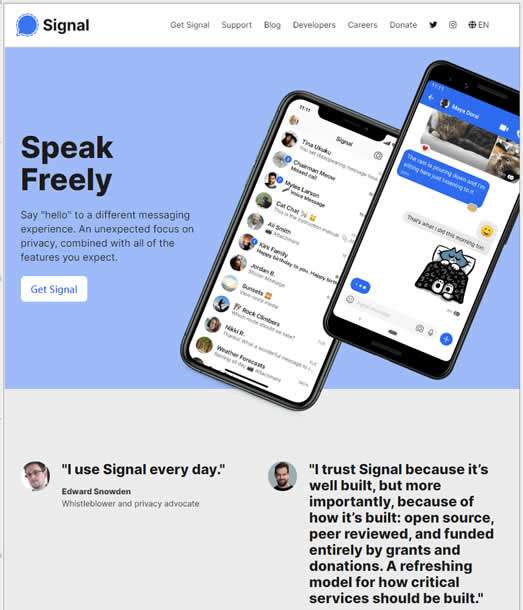 “Signal, the encrypted messaging app, is seeing record numbers of downloads amid the pandemic and nationwide protests. It might make sense for you, too.

“Protesters have flocked to the app. Even though people who organize and participate in protests are protected by the First Amendment, they often seek secure communication, out of caution. And if they do get into legal trouble, Signal is designed to limit the information the messaging service can give to the authorities.”

Clearly Antifa & BLM riots and recent fires are being coordinated with command and control via encrypted messaging on apps like Signal.

If Portland PD has access to arrested arsonists’ phones, can they see the message sent via Signal app? 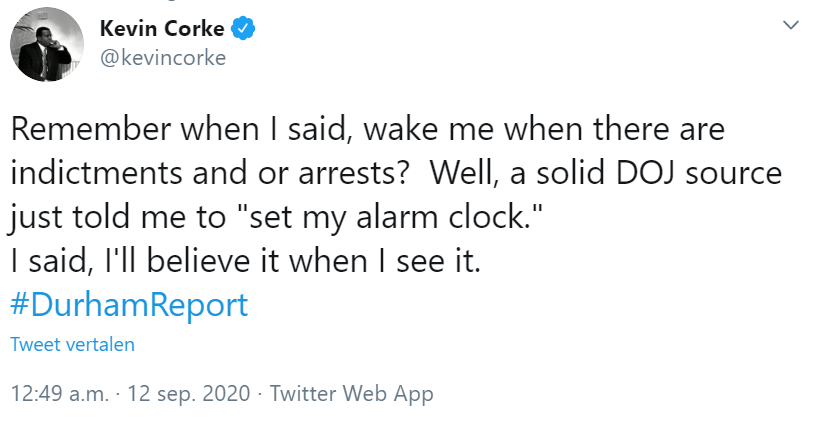 Remember when I said, wake me when there are indictments and or arrests? Well, a solid DOJ source just told me to "set my alarm clock."
I said, I'll believe it when I see it.#DurhamReport

AG Barr alluded to possibility of more indictments in an interview with NBC’s Pete Williams.

Could we be getting closer to some long overdue justice? 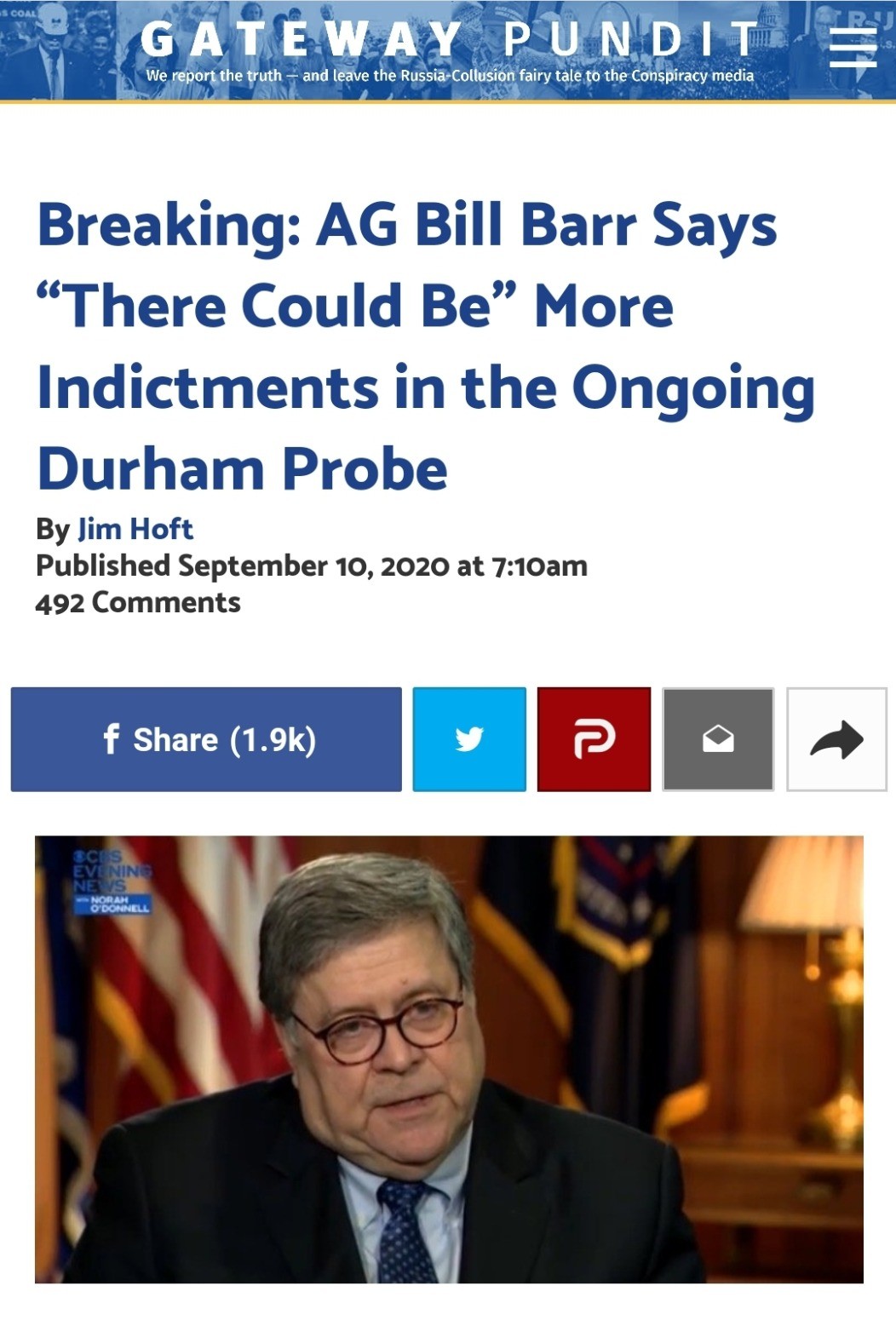 Signal since Day 1. Did they know?

“Signal became one of the top 10 most downloaded social apps on iOS yesterday for the first time, according to data from App Annie. The app often sees spikes in downloads during tumultuous political times, but the last time Signal downloads ranked nearly as high was on the day of President Trump’s inauguration” 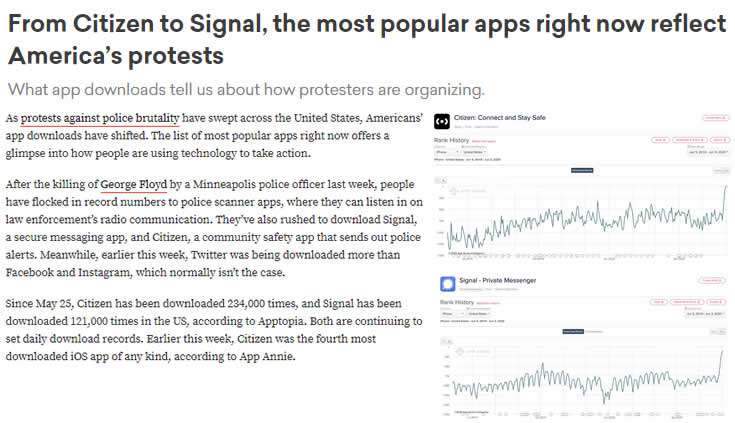 Q may be letting us know That DOJ has precedent to obtain their passwords to their devices. NSA already has their comms but must be admissible in court of law.

Interesting. If these traitors being treated as domestic terrorist no warrant needed to unlock their phone.

Keep in mind 17 telling us about signal now because they already have all the evidence they need that deep state using signal to direct riots and arson attacks Q letting us know that courts ordering these terrorists to give up their passwords to their devices. Reason: Matter of national security and they are domestic terrorists and therefore don’t have constitutional protections.

Q has it all. This was known by @NSA from day 1 the deep state began directing riots. 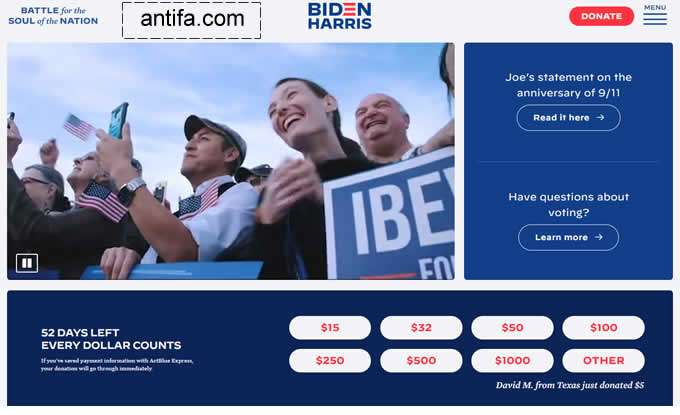 The DNC propagandists have been lauding the Biden campaign for outraising the Trump campaign in donations. No surprise since donations to BLM are routed to his campaign via ActBlue and Antifa.com redirects to Biden.com with a donate page pop-up.

Imagine that. If you enter http://antifa.com it takes u to Joe Biden’s web page

Similar to BLM. Donations to BLM were being funneled to DNC. 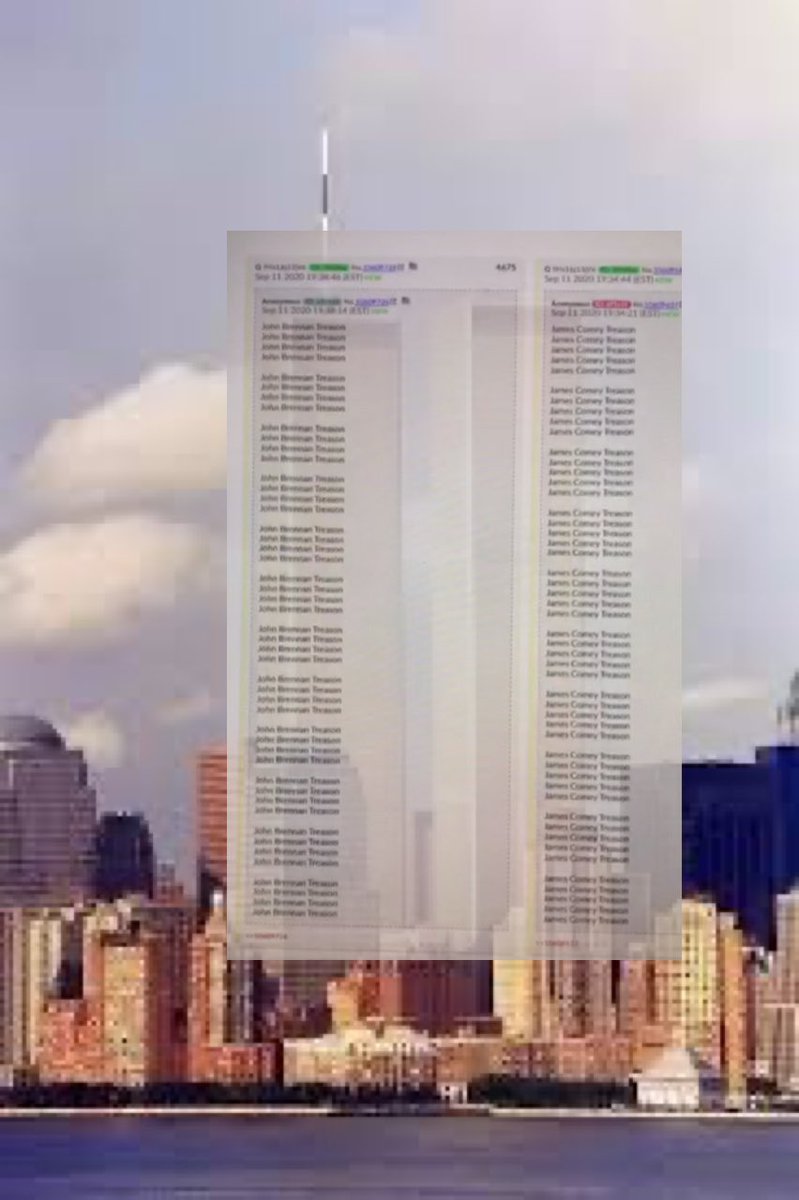 Anon posts about Comey and Brennan and treason. POTUS has used this term often when describing what the previous admin did to him.

We are at a loss for words. Deputies & @Corbett_Fire responded to a small brush fire in the 1700 block of NE Brower Rd in Corbett at 3:52pm. Neighbors heard pops and saw 6ft flames in the forest. Using a shovel and water, they were able to put it out. Deputies found fireworks... pic.twitter.com/dGrEzULBgU

Another fire and more proof they were intentionally set…while the fake news media and FBI claim it’s a conspiracy theory being spread by QAnon.

Don’t believe your eyes. Believe what the media says.

“A new video released by ISIS terrorists urges followers in America to begin a campaign of arson attacks. The four minute-long video is the first new marching orders in a long time from ISIS’ propaganda wing, pushing followers to fight fire with fire, literally.”

Q, I’m in Oregon City. Clackamas County. Level 2 Evacuation. Terrified. Fires raging everywhere. I’ve been posting to you here for about 2 weeks about these fires. It is real. The rednecks around me are on alert. The others are completely brainwashed. There is no hope for them. Their eyeballs are no longer connected to their brains. Like 90% of ppl are hopelessly brainwashed by the media.

Just saw this video of a Clackamas County Deputy Sheriff talking to someone about Antifa and the fires. Thought it was odd he mentioned conservatives driving around with guns looking for Antifa.

How the HELL can the FBI & media say the fires aren’t being set by Antifa/extremists?!

Plenty of videos, photos, eye witnesses, and even arrest records.

Now we have these these domestic terrorists shooting off fireworks & setting homes on fire. I’d been hearing fireworks periodically near my home late at night a couple months ago. I had read a theory that Antifa/BLM were setting them off to see what kind of response time it would take for police to show up. Were they dry runs for more direct attacks in suburbs?

It’s before our eye the technique of Divide and Rule… this is beyond Antifa igniting fires, like it’s not D vs R, these is the Dark Forces attack to the Planet in big style.

This is beyond politics… 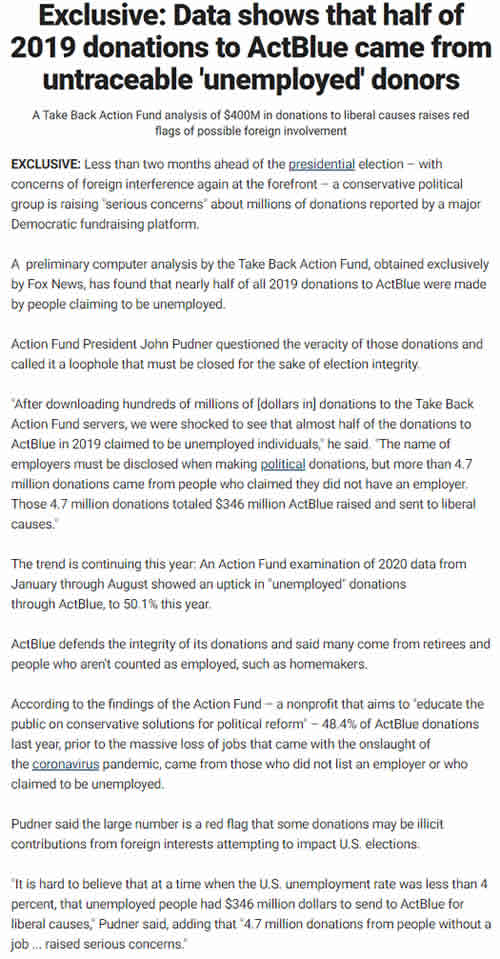 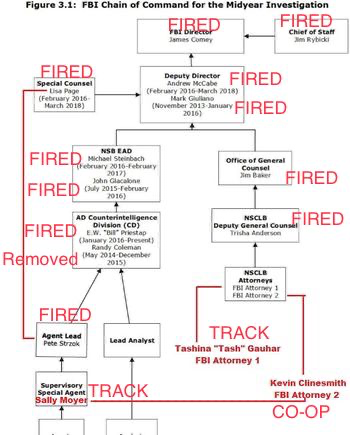 near zero results?
gotta be blind or a shill

Nothing is happening? Look at the chart showing all the terminations or senior FBI officials. Those who claim Q is a farce can’t explain this. 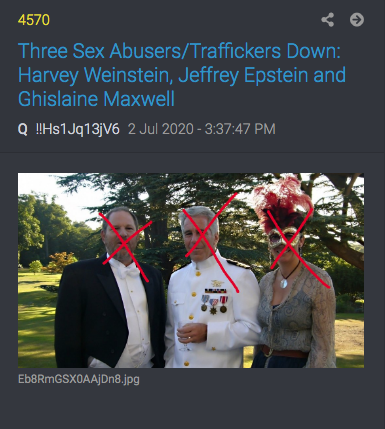 Attempts to ‘normalize’ will fail.
Who will be next?
Q

Netflix “cuties” release promoting pedophilia was designed to get the public accepting of the sexualization of children. Hussein and Susan Rice are on the board of directors. Hussein trying to prepare the public for the evidence to be come related to pedophilia of the elite. Q told us their attempts to dismiss it would fail.

Social Engineering must be suppressed as should the Media Complex 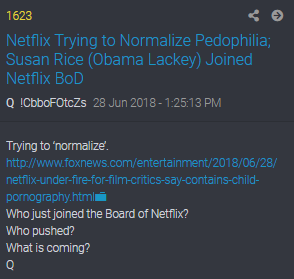 Q warned us about Netflix 2 years ago that they would attempt to push pedophilia to make it acceptable to the public.

Why on earth would Twitter prevent this [protect the pedos]..? Why Does Netflix make films like “Cuties”..? Why do very few Hollywood stars openly denounce child trafficking..? Why do MSM companies not report on of the all human trafficking busts that have been going on for the past 4 years? 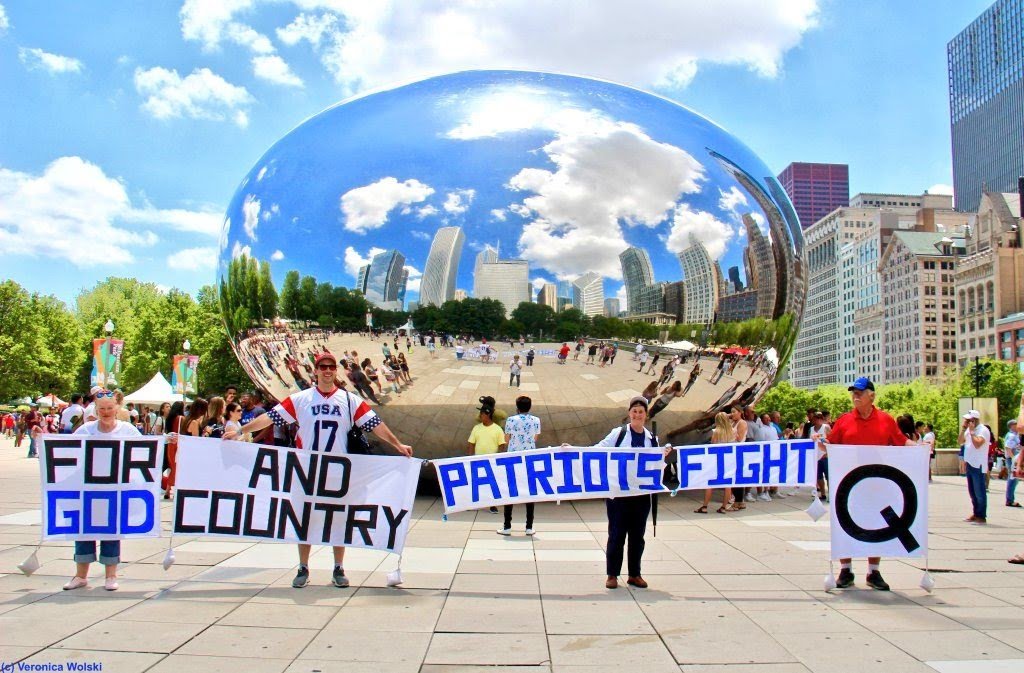 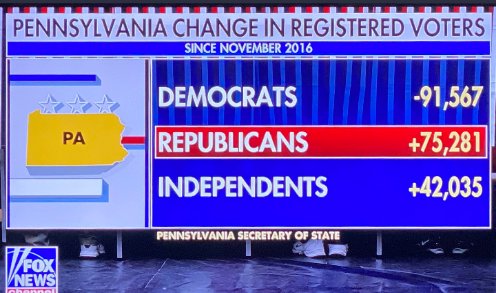 MSDNC CON: the Country is divided and dementia Joe [currently taking early-stage dementia medication?] is leading across-the-board.
HOW DO YOU AMPLIFY A DESIRED THEME-NARRATIVE?
MSDNC controls what you see [digital echo].
Twitter – FB – GOOG control what you see and what trends [digital echo].
Hollywood [‘stars’] swarm to enforce [‘trend’ echo].
Blue checkmarks swarm to enforce [digital echo].
ANTIFA swarm to enforce [non_digital echo].
Rage and emotion follow by those indoctrinated [echo controlled].
Define ‘indoctrinate’.
to often repeat an idea or belief to someone in order to persuade them to accept it
Next: grab ‘rage & emotion’ [organized platform(s)] by indoctrinated and project as ‘majority’ [zoom and enhance _narrow focus as mainstream].
System of control.
Many choose the path of least resistance.
For many you cannot tell them the truth.
You must show them.
Only at the precipice will people find the will [strength] to change and break the system of control [be free].
Q

Question I have is will enough of the public wake up?

You cannot tell them of the dem corruption you have to show them.

Dems control social media, news and Hollywood which project their narrative that climate change is fires, millions are dying from covid, race riots are a thing of the future, jobs are scarce, etc.

Will the public finally recognize their lies?

Will the public return to a business as usual mentality?

Will Potus drop a massive redpill right before the election in the form of indictments of big names? 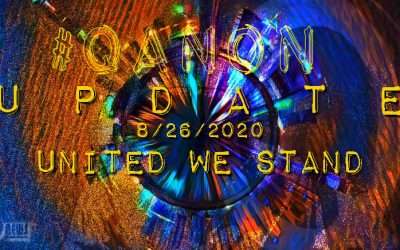 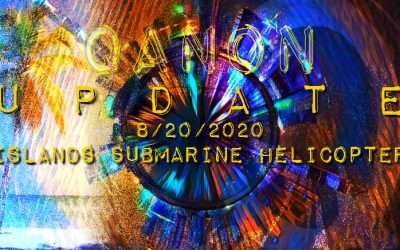 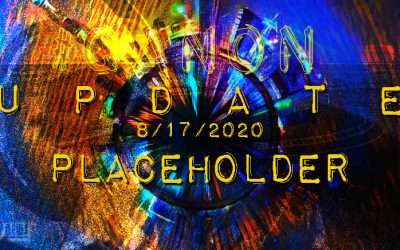