There is the need to abandon the rationalization of information so as not to fall into mental stress, since you will only be able to decode the message if you are mentally calm. Most of the information is encoded and directed to awakened on the surface and in the ethereal planes. When centered on the Heart, you will be able to understand the energy of the NOTES. Even if the rational/linear mind cannot understand the meaning of some terms used, (those exemplified in the glossary), you will, at the Higher level, be able to understand the energy.

Please, dear ones, read this NOTE by listening to this song. After reading, close your eyes and wait for the music to end. You may have some visions and/or sensations… Neva/Gabriel RL

*TEC1+ harmonizations are initiated. Next: 64% (non-regressive).

Signs of discovery continue to be given.

Specific screws continue to be tightened…

Harmonious divisions are made in multiplanes.

*Nebulae: Refers to the cosmic environment, such as the Andromeda Nebula.

Ego disputes continue to be closed.

Secrets are revealed to those crystalline.

Terrans called for Unity after waves of duality.

Controlled are out of control. *MiD are removed.

Aggressive temperaments are exposed for healing.

Duality continues to be exposed.

No duals are elevating.

Ascended ones remain for Leap.

We rearrange ourselves for final moments.

Future is decided and inviolable.

Ritualistic – – – are being canceled.

Crystalline realities continue to be displayed.

MiD of borders are removed.

MiD distractions are no longer effective.

Island of Integration being mapped. Projectors aimed and in support. >>> 75% (non-regressive).

Violations of Earth Rights in finalizationsions. Appropriate removals in progress.

*Zone T in activity of portals. Releases in progress.

Island of Purification: Projectors aimed and in support >>>> 77% (non-regressive).

Islands of Dreams being mapped. Projectors aimed and in support. >>> 76% (non-regressive).

Terran mapping for reorganization is complete.

Invisible tremors are in progress.

The Order of the Solar Disc (Order of Tiy): SPECIAL reverb of projector: 90% (non-regressive). The Light Celebrates!

Guilt continues to be discontinued.

Hate speeches are reported and go into permanent retirement.

Astral parasites continue to be removed.

Informational cruisers are pushed aside.

Galactic Observatories are installed in a physical environment.

Definitive entries into the quantum zone.

Terrans “forced” to see each other.

Gaia in line of definitive cure.

Last notices are given to those resistant. Recycling 1 (2).

Projectors for NON +++ AIMED and in REVERBERATION! 55% (non-regressive).

Terrans are aligned with the Superior Plan. 100% Eleven +++.

Resistant to Novo are notified by SELVES.

Conduct violations continue to be notified.

Duality is extremely exposed for Terrans.

Terrans are in an environment of final choice.

Announcement +++ continue to be scheduled.

Terrans expand consciousness to the ++ 1990 level. Beyond.

Fraudsters continue to be notified. Cavalry prepared for cancellations.

Nuclear are ruled out.

Wisdom is spread by responsible teachers.

Divine Chants continue to be heard.

Specific visas are given for new entries.

Portals are ready for entries +++.

Pro-Love on the surface 94% (non-regressive).

Cavalry is ready for act 1.

CONSECRATIONS are sent to all Terran Supporting of the Pillars!

Projectors for NON+++ AIMED and in REVERBERATION! 54% (non-regressive).

Revolutions in 4D- field are initiated.

Independent individuals are initiated to heal.

Priestesses of the Goddess walk on Earth in renewal.

Blossoms of inspired ideas from the divine continue.

Artificials continue to be reduced.

Fomenters continue to be removed.

Leaders – continue to be redirected outwards.

Partner fleets continue to arrive in a Terran environment.

Terrans are called to moral alignments.

Ashtar(ans) line up for execution of Major Plan. Multidimensional layers thin out.

Portal for crossing is open.

Conflict zones are stabilized in a 4D- environment.

Attention PVSE and the like! SPELLS+++ in ANCHORAGES and SPECIFIC REVERBERATIONS: 93% (non-regressive).

Celtic waves activate their own representations.

Harmonic futures in merger and realization.

Fears continue to be dissolved.

Metatronic Standards continue to be established.

Attention PVSE and the like! Support of Aquarian Waves foreseen for new conquests.

Crystalline structures continue to be maintained.

Structural realignment is observed throughout the system.

Cultures of fear continue to dissolve.

Deconstructions of dependent standards in progress.

Liberations foreseen in accordance with Protocols.

Sacred Orders on the surface are reborn.

Solar projection in Kundalini function. In the next 72 hours. (SOLAR PLEXUS REVERBERATION).

Abundant reinforcements are projected and sent. Signal capture in progress.

Similarities with *Allies X 1999 are initiated.

Special Projectors Force of *Cassandra in PVSE in reverberation: 100% (non-regressive).

Initiatives for New Transmitter are needed.

Aspirants to Mystical Transmissions are called to disciplinary visualizations.

Attention PVSE and the like! SPELLS +++ in ANCHORAGES and SPECIFIC REVERBERATIONS: 92% (non-regressive).

Attention Aquarius / Yaís, The Prince of the Seas! Specific immediate reverberations of Buddhic Columns. Triad in PVSE. 91% (non-regressive). Next >>> Conclusion.

Abundance continues to be expanded.

Necessary welcomes are still in progress.

Renaissance of Terrans for Quantum Leaps.

Crystalline Vocations continue to be highlighted.

Frequencies. 12/12 have been activated.

Attention *Aquarius / *Yaís, The Prince of the Seas! Specific immediate reverberations of Buddhic Columns. Triad in PVSE. 89% (non-regressive). Next >>> Conclusion.

Soul fragments continue to line up for elevations.

Necessary departures are still in progress.

Cracks are softened when passing through the photonic zone.

Reflectors are notified of relevant adjustments.

Dynamics of 4D- zones are balanced.

New Creatives arrive in an terran environment for zone conclusions.

GNA functions continue to be activated.

New forms of life are released to visualizations.

Transfers to *Khalthart are approved. Falling asleep. Next >>>%.

Star portals are preparing for 21.

Cures continue to occur for renovations.

Transfers to *Khalthart are approved. Falling asleep in progress.

The Order of the Solar Disc (Order of Tiy): SPECIAL Reverberation of Projector: 89% (non-regressive). The Light Celebrates!

Island of Purification: Projectors aimed and in support >>>> 71% (non-regressive).

Island of Dreams being mapped. Projectors aimed and supported. >>> 71% (non-regressive).

Island of Integration being mapped. Projectors aimed and supported. >>> 71% (non-regressive).

Transfers to *Khalthart are approved.

Negotiations for announcements are still ongoing.

Terrans are preparing for a specific leap.

Rebirths for the Terran environment are seen.

Forms for Divine Encounters are updated.

Projectors for * NON +++ AIMED and in REVERBERATION! 53% (non-regressive).

Projectors for NON+++ AIMED and in REVERBERATION! 52% (non-regressive).

Ashtar(ans) are approaching for annual projections.

Strings are finally cut and cured.

Times of rebirth are now.

Knowers reintegrate into the New.

Dubious fall in themselves.

New opportunities are offered for upgrades.

Those who run away from themselves inevitably find themselves.

Desirous of controls are removed.

Extra contacts are expanded for all zones.

Skeletons for the new are assembled.

Projectors for NON+++ AIMED and in REVERBERATION! 46% (non-regressive). 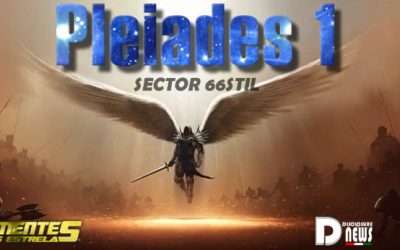 Sector in the lower astral of the Terran plane and bases / ships where energy manipulations, experiments are attempted to induce the earth surface population toward negative behavior through infrasonic and ultrasonic waves. This negative base is one of several responsible for trying to destabilize the emotional fields of the surface population, always trying to induce constant irritability and stress. 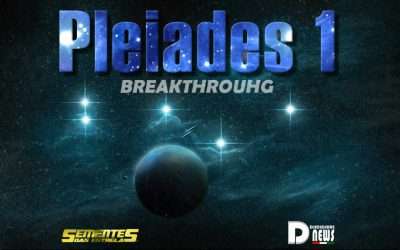 The Strain in The Veil Breakthrough Pleiades 1

In a very exciting information, that shows how the Lightworkers are getting positive results, the Pleiadians said that there was another large and significant step forward of the Light Forces within the Solar System. An energy called “Point Attractor” is sucking the rest of the old residual negative energy still in the Solar System very quickly. They also announced another big action that is still in progress, is the deactivation of the remaining underground bases of the Cabal, in the main capitals of the world, they also revealed that some of them tried to escape without success!