There is the need to abandon the rationalization of information so as not to fall into mental stress, since you will only be able to decode the message if you are mentally calm. Most of the information is encoded and directed to awakened on the surface and in the ethereal planes. When centered on the Heart, you will be able to understand the energy of the NOTES. Even if the rational/linear mind cannot understand the meaning of some terms used, (those exemplified in the glossary), you will, at the Higher level, be able to understand the energy.

Please, dear ones, read this NOTE by listening to this song. After reading, close your eyes and wait for the music to end. You may have some visions and/or sensations… Neva/Gabriel RL

Standards for healing line up.

Island of Integration being mapped. Projectors aimed and supported. >>> 69% (non-regressive).

Illusory deconstructions in progress. Terrans resist 66%. Healing on the way.

Etheric Network of Light comes on.

Fleet for specific cure in formation.

Crystallization of Lines is in progress.

Terrans align themselves with Novo Tempo.

Island of Dreams being mapped. Projectors aimed and in support. >>> 69% (non-regressive).

Thought-forces continue to be diminished.

Time harmonizers present themselves for finalizations.

Elevation protocols are offered in a 4D- environment.

The *Order of the Solar Disk (Tiy’s Order): SPECIAL Reverberation of Projector: 85% (non-regressive). The Light Celebrates!

Island of Purification: Projectors aimed and in support >>>> 69% (non-regressive).

Parts for the leap are incorporated.

*MiD contradict each other and are exposed for removals.

Uncertain replicas do not sustain in new stages. (9)

Dividers continue to be exonerated.

Undue contracts continue to be undone.

Rebirths continue to occur in a crystalline wave.

Reverberation of movement of CONSCIOUS: 99% (non-regressive).

Invaders are pushed away.

Illumination of 811 Hotis in progress: 99% non-regressive. (See Glossary: Kingdom Of The Dragon)

Rebirth in Sacred Prosperity is anticipated.

Cloning of ideas is exposed and contained by moral +++ eleven.

MiD relocations continue to be promoted.

Rebirths in +++ Eleven Gaia are harmonized by Crystaline.

Pharaonic inheritances are supported by Crystalline.

Violent *anti-love continues to be exposed.

Anti-christic conduct continues to be ruled out.

Cleananings of Gold are started.

Sirians continue to fraternize in truth.

*MiD pursuits continue to be contained.

Silver Dragons (see Glossary Kingdom of the Dragons) in support and reverberation: 49% (non-regressive).

Attention Princes of the Seas! Etheric Active and reverberating.

Special Projectors of the Force of *Cassandra at PVSE in anchoring: 99% (non-regressive).

Special Projectors of the Force of Cassandra at PVSE in reverberation: 98% (non-regressive).

Attention *Aquarius / *Yaís, The Prince of the Seas! Specific immediate reverberations of Buddhic Columns. Triad in PVSE. 79% (non-regressive). Next >>> Conclusion.

Revelations for transcendental continue to happen.

Relationships are harmonized by Divine Views.

Figurations are called at main…

The Order of the Solar Disk (Order of Tiy): SPECIAL Reverberation of Projector: 81% (non-regressive). The Light Celebrates!

Heavenly Beings show themselves in truth.

Hunters are turned away.

Greater freedoms continue to be achieved.

Terrans are evaluated for new entries.

Projectors for NON+++ AIMED and in REVERBERATION! 43% (non-regressive).

Centers of Superior Forces are established.

Attention *The Line of Slavery! Support for Projector of Illumination: 100% (non-regressive).

The Line of Slavery: Line Illumination in progress: 100% (non-regressive). The Light Celebrates!

Mental will does not shake the crystalline heart.

Ambitious motivations continue to be cut.

Flowers for rearmonization are delivered.

Projectors for NON +++ AIMED and in REVERBERATION! 42% (non-regressive).

Elevated instructions continue to be delivered.

Groupings are reorganized for the Special Etheric Phase.

Stock reactions happen for the end. Mayan lines on calls.

Elevating announcements on the way.

*MiD pitfalls continue to be exposed.

Attention *Aquarius / *Yaís, The Prince of the Seas! Immediate Specific reverberations of Buddhic Columns. Triad in PVSE. 74% (non-regressive). Next >>> Conclusion.

Solarys&Solarys in actuation of core illumination of diverted activities. % of awakenings in the nucleus: 94% (non-regressive).

Temples of Sol are reconnected.

Attention PVSE and the like! MAGIAS+++ in ANCHORAGES and SPECIFIC REVERBERATIONS: 91% (non-regressive).

Choices continue to be made for larger experiences.

Spiders continue to be transformed.

Hello dear friends.
We communicate with Love and Awareness of all that we are experiencing in these times of rapid changes.
Many of you are receiving the Super Energies that can cause confusion and fatigue as well as physical and emotional problems, all of theese phenomena are part of the current cleaning process. Everyone feels the new and higher frequencies of Light that flow at this time on Earth. Even those who are not interested in these things can not avoid the effects. Those who do not understand thespiritual nature of what is happening interpret the effects based on their belief system, which leads them to think of some physical, emotional or mental problems. We want to talk to you, instead, of how the state of your consciousness relates and reaches the others. 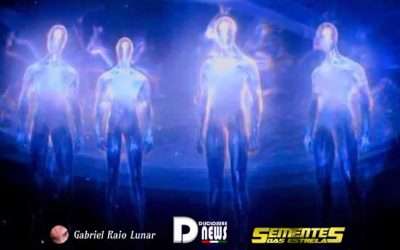 They are beings coming from a Crystalline System located in another Universe. They came to this universe through a Interstellar portal located in the Andromeda Galaxy. They are very loving beings and carry the Rose Energy of Universal and Primordial Love from the Creator Source of the Multiverse. They came to our Solar System called by the force known as Pleiades 1 and by the Magnetic Beings of the Magnetic Universe called Vitrol-X and Hip 5. This is the Magnetic Force Universe from where the beings known as Zero i (0i) and IUD-IL come from, as well as the Attractors of such crystalline beings in our quadrant. 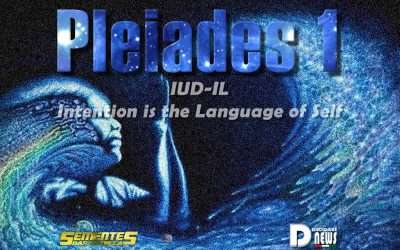 Intention is the Laguage of Self IUD-IL Pleiades-2

Greetings, Beloved Masters! Today I will tell you a metaphor about intention. The human being is like a simple application and operates doing or moving things with a communication language that the Higher Self understands. Imagine that you are doing an energetic mirroring to another human being, or even to an animal or a plant. Imagine it is just a pray to improve your or someone else health, or for the energetic improvement of an environment or just to anchor certain energy.
You, beloved human being, do not understand the mechanisms that leads to the completion of these movements, but they do occur anyway. The programming language that the Higher Self understands is the intention. Then the Higher Self, from this intention, makes all the necessary movements for that healing or harmonization to occur.