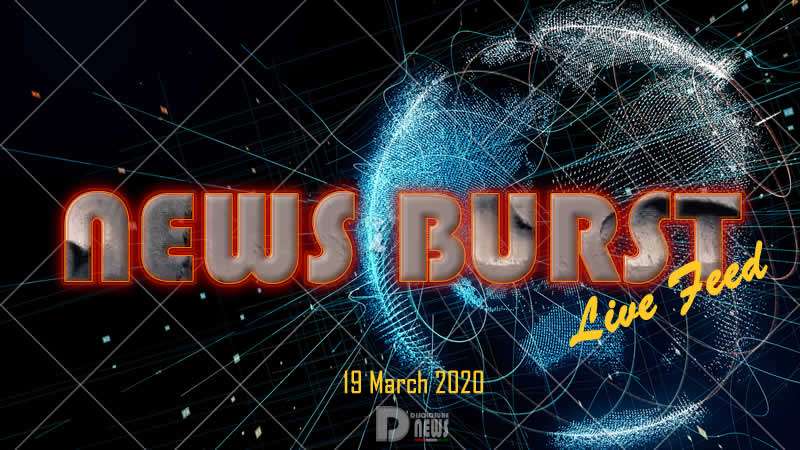 A small sunspot is emerging in the sun’s northern hemisphere, (click here for the image). Its magnetic polarity marks it as a member of new Solar Cycle 25. If it continues to develop and lasts long enough to be officially numbered, it would be the 4th new-cycle sunspot this year–another sign that Solar Minimum won’t last forever.

The Portuguese Man O’War (Physalia physalis) is absolutely alien-looking. It may resemble jellyfish because of their “bell” and tentacles, but they’re actually completely different. Man O’Wars are siphonophores, which are a type of hydrozoan comprised of many animals living together in a colony. Each Portuguese Man O’War is comprised of genetically-identical individuals called zooids. Just like a coral head looks like one animal but is made up of many polyps, a Portuguese Man O’War looks like one organism but is made of many zooids. Zooids can perform different tasks depending on the needs of the organism. Parts of the animals include the pneumatophore, which is filled with gas and floats on the ocean surface; the gonozooids and gastrozooids, which are used for reproduction and digestion; and the dactylozooids, which are used for hunting and capturing prey. tentacles can stretch 165 feet below the surface but not all have such impressive appendages, though. The average tentacle length is about 30 feet. They have a nematocysts, or stinging cells, in their tentacles, which they use to stun and capture their prey. Unfortunately, they can also sting humans, even if the animal is dead or the tentacles are no longer attached. The venom is very painful to humans, and can result in skin welts or even an allergy-like response. 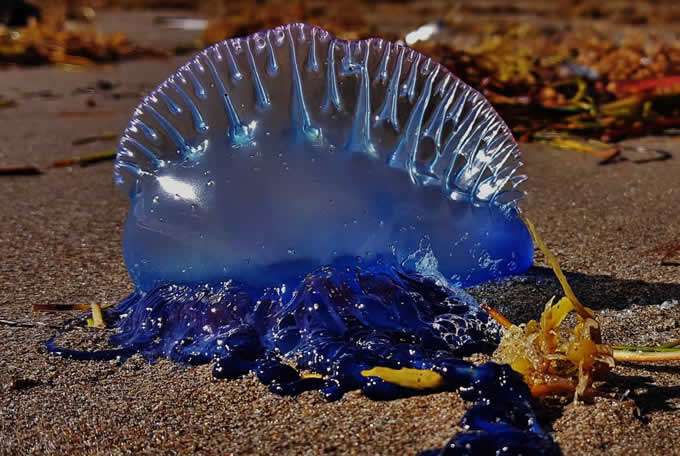