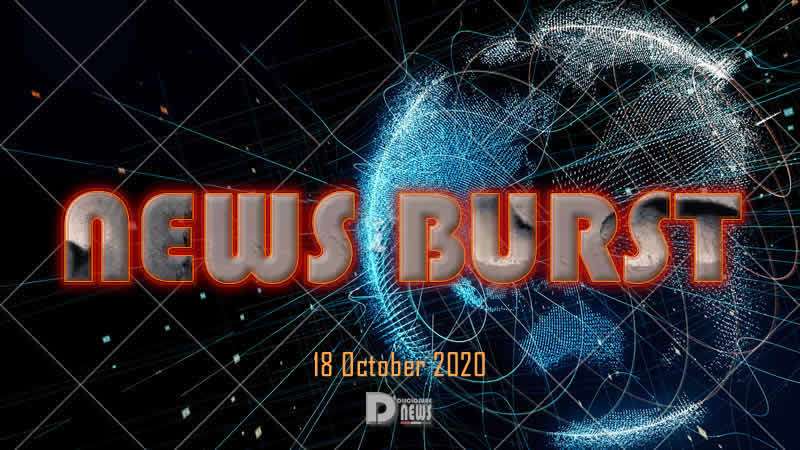 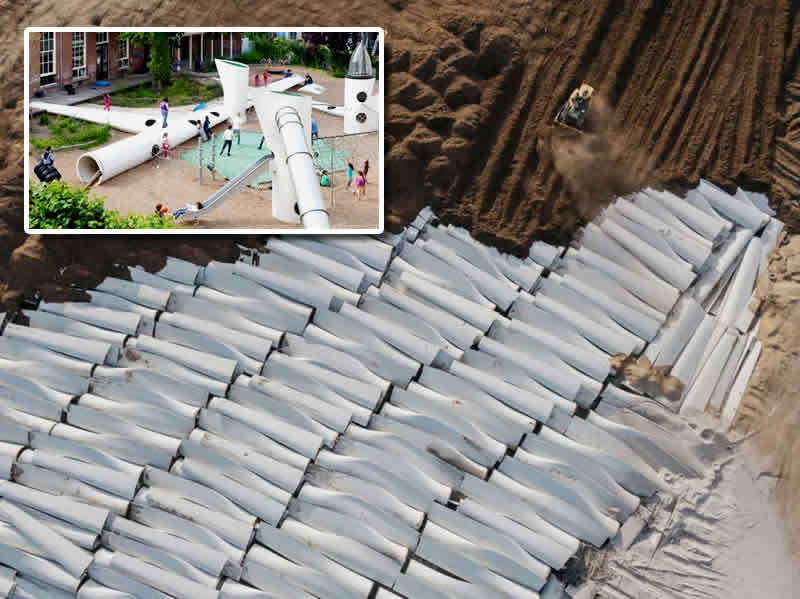 What happens to all Wind Turbines that reach the end of their life? Most of them just get buried. A wind turbine comes to the end of its lifecycle after about 20-25 years. It is estimated that in the USA there will be more than 720,000 tons of blade material to get rid of over the next two decades. This amount is roughly 8,000 blades a year over the next four years. In Europe there will be around 3,800 blades coming down annually through 2022. The problem is only going to get worse and the issue is of great concern. While 99% of a turbine’s parts can be re-sold and recycled, the majority of turbine blades are a challenge, so much so that they end up just being buried in a giant ‘graveyard of blades’ landfill. Meanwhile, in some places around the world, designers are finding creative ways to upcycle turbine blades in a fun and useful manner. For example, in Rotterdam, there’s a 1,200sq m children’s playground called Wikado, with tunnels, slides, ramps, and even a slide tower, all made from five discarded wind turbine blades. 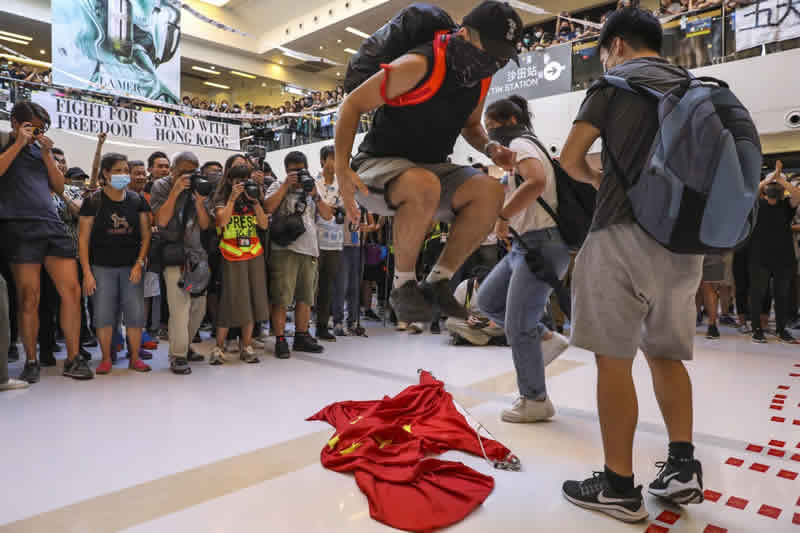 The Chinese government has changed a law to make it a criminal offence to deface or intentionally insult its national flag, according to AP News. The changes reportedly made to the National Flag and National Emblem law, which were reportedly passed on Saturday, October 17, by The Standing Committee of China’s congress, will make liable for criminal responsibility and investigation anyone who burns, tramples upon, or defaces its flag in public. The legal change comes on the heels of a series of protests in Hong Kong over the past year which saw protestors regularly burning and desecrating the Chinese national flag in public. Three protestors have reportedly been charged with criminal offences in the territory over the destruction of the flags. The new legal changes will come into law on January 1 2021, and will be blankety applied across mainland China, Hong Kong and Macao.

Jetman Vince Reffet took off, headed south towards Jumeirah Beach Residence, building speed and height. In 8 seconds he had reached 100 meters height, in 12 seconds 200m, 19 seconds 500m, and reached 1000m in 30 seconds at an average speed of 130 knots. At the end of a 3-minute flight punctuated by a roll and a loop at 1800m altitude, Jetman Vince Reffet opened his parachute at 1500m before landing back at Skydive Dubai. It is the first time that a #JetmanDubai pilot could combine hovering safely at a limited altitude and flying aerobatics at high altitude in the same flight. Controlled from the ground by the human body, the equipment enables Jetman Dubai to reach speeds of 400kmh, as well as hovering, changing direction and performing loops. Held under the theme ‘Connecting Minds, Creating the Future’, Expo 2020 will be the first World Expo ever hosted in the Middle East, Africa and South Asia, region since the first edition in London in 1851. UAE prepares to welcome 192 nations and millions of global visitors for Expo 2020 Dubai from 20 October 2020 to 10 April 2021.

Can you tame the hummingbird? An unusual friendship between an elderly man from Brazil and a little hummingbird. 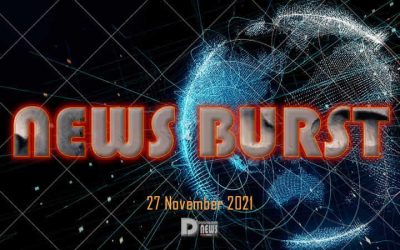 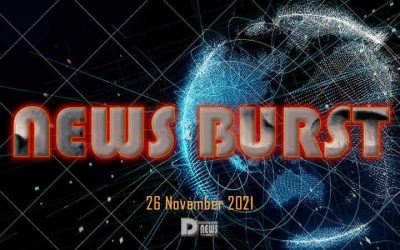 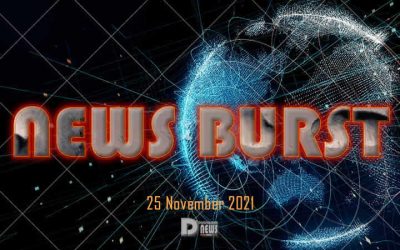