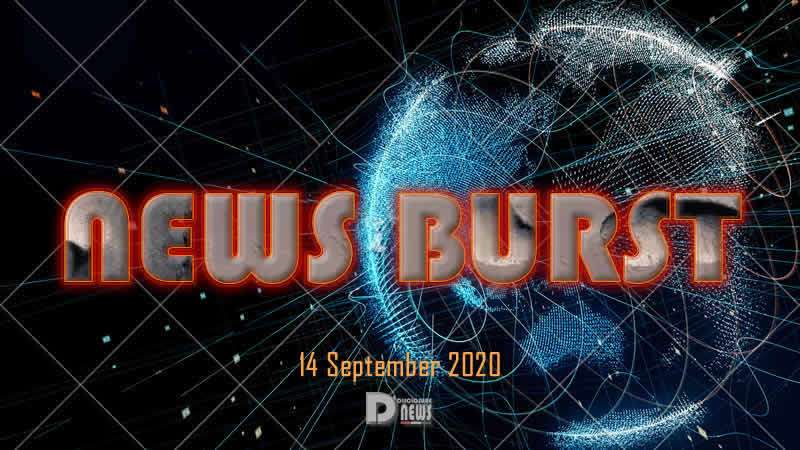 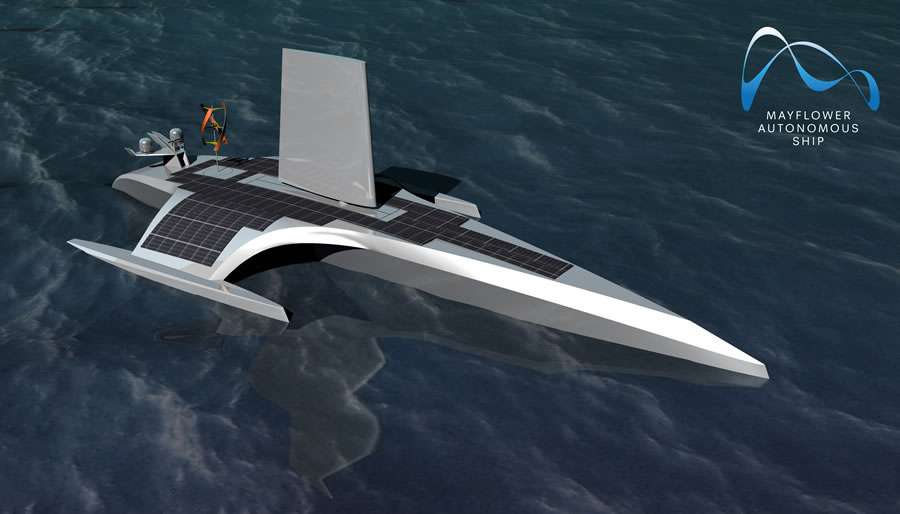 A robot-powered boat that was due to cross the Atlantic this month has been forced to delay its voyage until next April 2021 after the virus caused complications in its development.
The autonomous 15-meter trimaran has been built to push the boundaries of autonomous shipping while gathering scientific data on the ocean. The Mayflower will be designed to achieve a speed of around 20 knots.
The solar-powered vessel is set to start trials off the south coast of England in the coming weeks and it will be officially unveiled on Sep. 16, the 400th anniversary of the Mayflower departure in 1620.
During that transatlantic crossing, the ultramodern ship will broadly retrace the Mayflower’s original route from Plymouth to Cape Cod’s Provincetown. 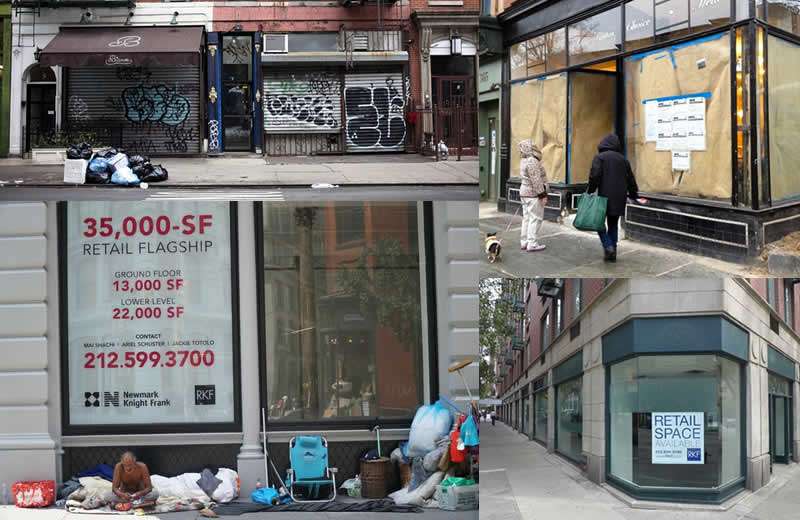 The heads of over 160 major corporations, from Macy’s to MasterCard, are pleading with Mayor Bill de Blasio to finally crack down on crime and address quality-of-life concerns so New Yorkers can return to work after the coronavirus shut down the city.
“There is widespread anxiety over public safety, cleanliness and other quality of life issues that are contributing to deteriorating conditions in commercial districts and neighborhoods across the five boroughs,” the powerful business leaders wrote to de Blasio on Thursday. 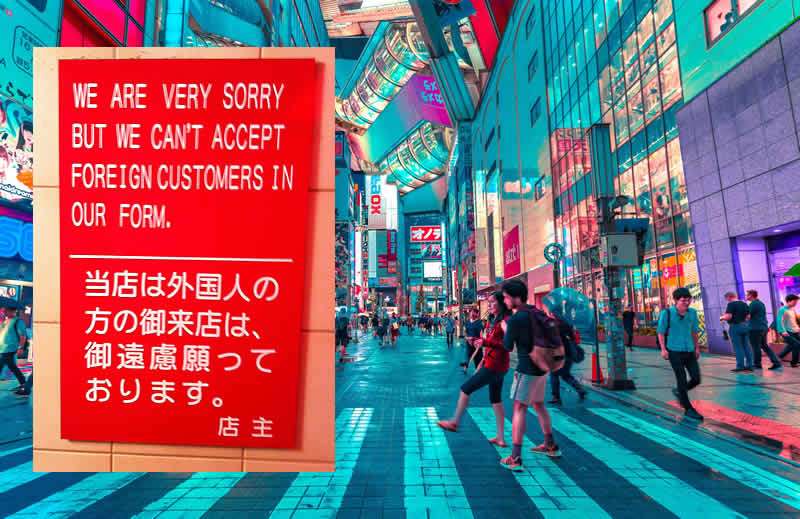 Since the outbreak of the coronavirus, there have been increasing reports that foreigners living in areas with prominent international communities in Japan are being subject to discrimination and hateful remarks. “Shitty foreigner, corona.” Since the outbreak of the coronavirus, the city has received reports that some hair salons and dining establishments have put up signs denying entry to students from the university. In response, it immediately set about distributing around 1,500 notices to business operators reminding them that “the fight is against the virus, not people.” Some businesses in Yokohama’s Chinatown near Tokyo also reported receiving hate mail in March blaming Chinese people for the coronavirus outbreak, with messages such as “Get the hell out of Japan.” 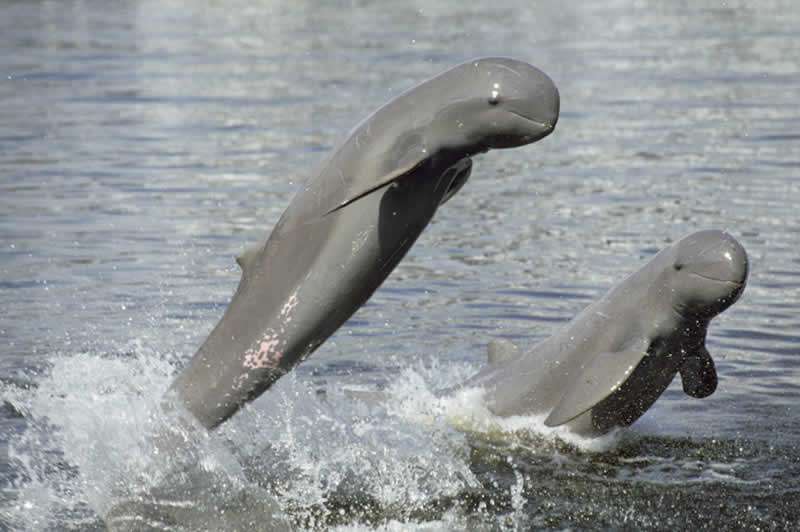 Cambodia is pushing the conservation of the country’s Mekong River dolphins not only to make it an attractive tourism product, but also to better protect the population of the world endangered mammal. Cambodia’s dolphin conservation area stretches for 180 kilometres along the Mekong River, encompassing 146 square kilometres, from the border with the Lao People’s Democratic Republic in Stung Treng province to Trong Island in Kratie province. 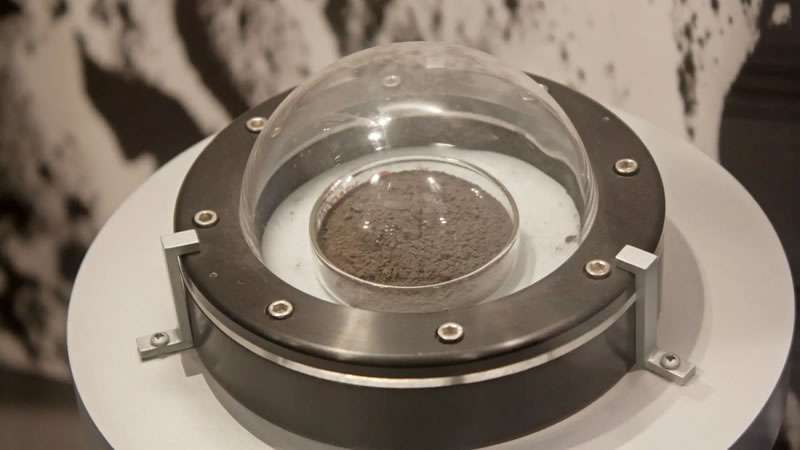 NASA announced this week that it will pay private companies from the United States and abroad for lunar-soil samples they collect by the year 2024. The Sept 10 announcement by NASA Administrator Jim Bridenstine was also met with criticism, because of the precedent it would establish for private companies to extract and trade space resources.
NASA will pay $15,000 to $25,000 for each of these caches, with 80% of the money delivered after sample collection. Companies will get 10% upon signing a contract and 10% after launching their spacecraft, Bridenstine added.

Donald Trump giving an interview on the morning of September 11th, 2001.

“Lights over Lake Michigan”… Not Lanterns, Drones or Balloons. This is a Pleiadian Fleet.

Most Crop Circles are depictions of Motherships, either outer or inner designs. Some have been symbolic but typically aren’t meant to be secret puzzles. All are based on principles of natural sacred geometry, with a purpose of simply provoking questions, which leads to Awakening. Kabamur Taygeta 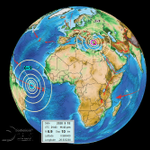 Thai protest leaders said they expect the biggest anti-gov demonstration in years this weekend. They demand the removal of PM Prayut Chan-o-cha, and changes to a constitution designed to extend military domination of politics after a general election last year. #NewsBurstLive 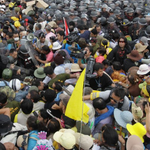 Here we can see the #earthquakes of the last 2-3 days, we can spot some silent areas, where there were no movements... the middle point along the transfer lines could be hit #NewsBurstLive 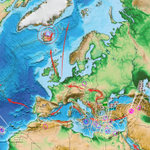 This #Crete #Earthquake will put massive pressure in Europe and the Mediterranean. We could see M5s in SE Europe, Italy will be under pressure, probably spread swarms, mainly center and north up to M4, more unlikely one sigle stronger shock on M5+... #NewsBurstLive 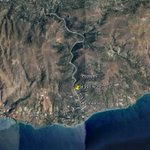 Massive ~M6 #Earthquake in the Island of #Crete, #Greece, we were expecting some movements in the area due to the new seismic wave coming in but with a max magnitude of M5... #NewsBurstLive 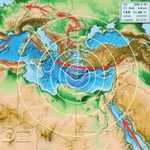 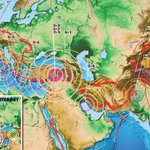 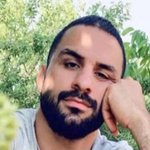 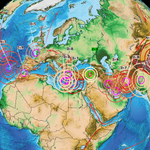 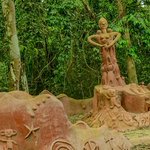 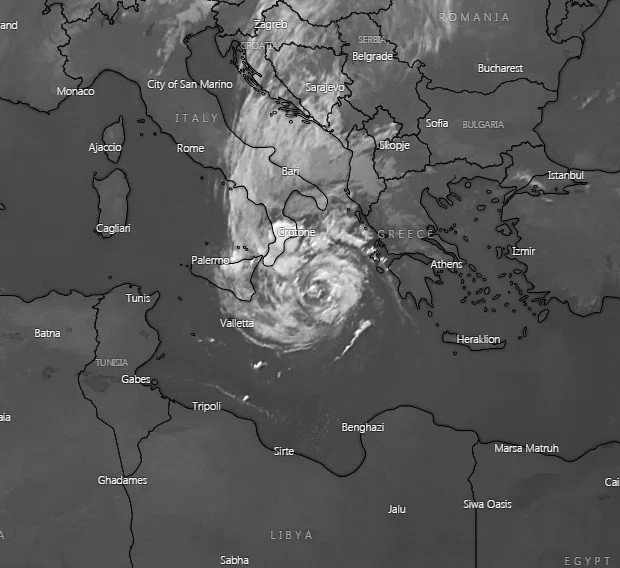 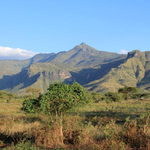 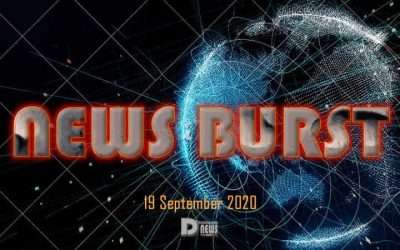 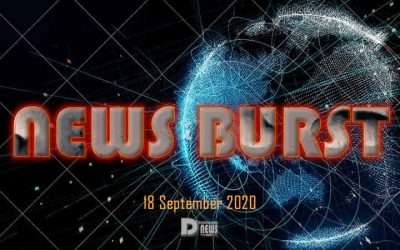 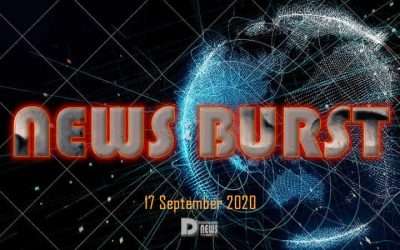