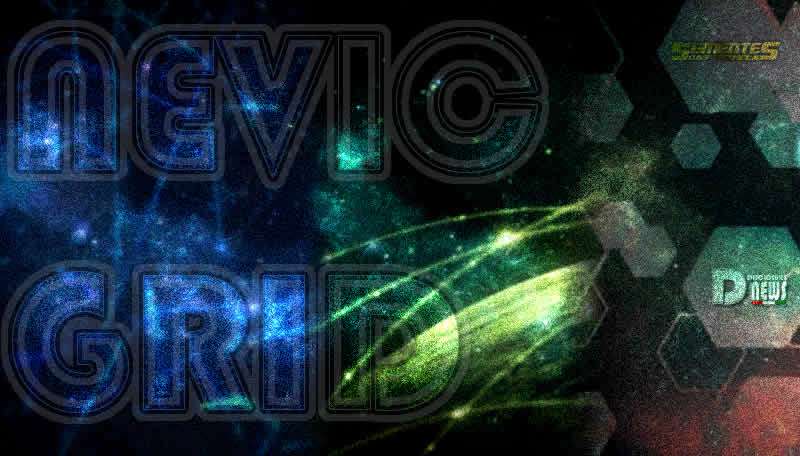 The Nevic Grid is a crystalline grid, similar to the energy grid that existed on Planet Neva in Alpha Centauri. It is a powerful magnetic field that reverberates the crystalline energy of Love, Discipline and Expansion of Learning.

It is a magnetism that assists in the development/expansion of intelligence and internal directionality through the clearest internal compass.

The Nevic Grid also broadens and strengthens the resolve of new generations in their personal choices and abilities, guiding them to follow their hearts.

It also strengthens the loving mastery in the hearts of all, especially those born to be at the forefront of certain work, so that they may conduct with much Love and Kindness.

The Nevic Grid will begin to be “installed” between the Medium and High Orbits.

This Grid will also bring the same spirit as Alpha Centauri’s old Planet Neva, merging it with the spirit of the Earth. It will also enable more Star Commanders to fall into physicality, giving you the support you need for your expansions in the coming decades.

There will be 7 specific pillars that will be as Grid energy feeders and at the same time feed more directly into physicality more intensely. They will be like conducting wires from the bottom up and the top down, more precisely from the heart of Gaia to the Nevic Grid and vice versa.

A beautiful exchange and fusion of energies as the strengthening of the Nevic Grid happens it will merge its fields to the Gaian (Earth’s Gaia) Grid.

These 7 pillars will always be at many different points around the planet, always changing places from period to period. But one will be fixed on the Magnetic Island (Curitiba/PR – Brazil). The remaining 6 will be “running the world”.

Billions of years ago in the Alpha Centauri star system, there were several groups specializing in helping planets across the Milky Way galaxy and beyond. Various Commands, various beings of various different races. There, it was the cradle of “Ashtarian” civilization (Ashtar came from Alpha Centauri). These various groups were specialized in various areas of existence and among these various groups of that system was a commander of a fleet specializing in transitional security, ​​protection of systems and planets that were undergoing their transition. He was highly respected and loved by all for his loyalty, this commander was called Zetron.

It was learned from the high command that there was a small disharmony on a planet near the main star of the system. It was not necessarily a planet that was in transition, like the Earth for example, but a 4D planet that was sort of university for stellar commanders, aspiring fleet leaders and transitional followers. Several portals were bringing the “students” from various parts of that Alpha system to other galaxies because that university was known as one of the most efficient and “fast-learning” galaxies in the planet.

The director of all this known as Ashtar Sheran.Ashtar was on a mission in another system, but he got to know about the disharmony on that planet. The entrance portals of the “students” were suffering some kind of anomalous interference from a kind of AI (Artificial Intelligence) that attempted to enter the planet and act there. Quickly the high command, through Ashtar, determined an intervention in that planet.

Zetron, who was very dear to Ashtar, was called on a mission as Zetron was also known for his many abilities with portals. Zetron accepted the mission immediately, happy and at the same time worried because of the situation as he did not exactly know what was going on there.

Analyzes made by the great command analysts indicated the interference of an artificial intelligence from outside this known universe.Everyone in that Alpha system had physical 4D bodies. Ashtar himself also had his physical body in that space.

The AI ​​trying to get in there was apparently more advanced than those of that system, because at least the technology they were using was a partially unknown to the scientists of that Alpha command.

Ashtar was watching everything “from the distance”, as if he knew what was happening and at the same time relying on his fleets working to solve the situation. Ashtar was, to the eyes of the inhabitants of Earth, very young, looking like a 15-year-old boy. Zetron even less, with the appearance of a 14.

Much of the Zetron’s fleet looked between 14 and 18 years old.Zetron starte immediately to check more than a thousand portals for interferences. Some portals were bringing the students to null and void zones of the galaxy.

The anomaly in the portals became more and more intense and Zetron “ran” to solve the issue and “close” the portals that were unconfigured, so to speak. After an intensive scanning of all the portals and trying to identify the high technology of the incoming AI, Zetron closed the faulty portals and started the reconfiguration. But after all this intensive recovery and deep analysis, Zetron’s analysis continued to identify AI presence.

Their technology was extremely high, incredibly high,There were more than a thousand existing and active portals there. More precisely 1013 portals. More than 100 were, according to Zetron’s analysis, infected with the anomaly, the others were open and active.