by Disclosure News | Updated on 4 March, 2021 | Message From The Pleiadians | 1 comment 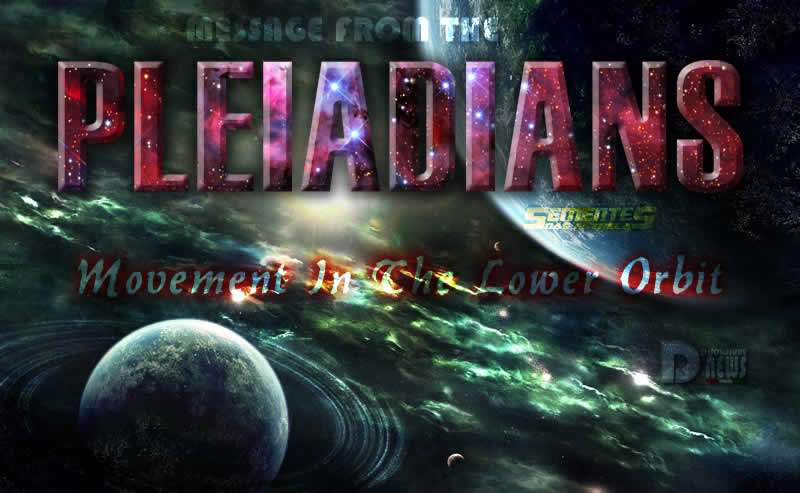 Movement In The Lower Orbit – Message From The Pleiadians. By Gabriel RL.

The Pleiadians urgently inform that at present, the fleet of the Ashtar Command are actively working in the Lower Orbit Earth (OB) removing the non Confederate ships tied to the Ashoris3 group (The Chimera Group).

A “small confrontation” occurs as Command Ships take positions. They said that all this movement may or may not be seen by “naked eye”, it depends from their geographical position.

They also report that it is must not be a cause of concern as it will not cause any direct problems on the surface but they request the Family on Earth support so that everything is completed as soon as possible.

They also report that this process had already begun some time ago but that it has now become more intense and the final resistance of the forces opposing this advance is trying to hamper the advancement of the Confederate Fleet.

What is known is that it is useless to try any movement to prevent this breakthrough.

The Pleiadians request as many people as possible to gather and visualize the Confederate Starfleets advancing and completely dominating the Earth’s Lower Orbit and making it completely safe for the Light Forces and Allies.

A low Earth orbit (LEO) is defined by Space-Track.org as an Earth-centered orbit with at least 11.25 periods per day (an orbital period of 128 minutes or less) and an eccentricity less than 0.25. Most of the manmade objects in space are in LEO orbits. A histogram of the mean motion of the cataloged objects shows that the number of objects drops significantly beyond 11.25. There is a large variety of other sources that define LEO in terms of altitude.

The altitude of an object in a elliptic orbit can vary significantly along the orbit. Even for circular orbits, the altitude above ground can vary by as much as 30 km (19 mi) (especially for polar orbits) due to the oblateness of Earth’s spheroid figure and local topography.

While definitions in terms of altitude are inherently ambiguous, most of them fall within the range specified by an orbit period of 128 minutes because, according to Kepler’s third law, this corresponds to a semi-major axis of 8,413 km (5,228 mi). For circular orbits, this in turn corresponds to an altitude of 2,042 km (1,269 mi) above the mean radius of Earth, which is consistent with some of the upper limits in the LEO definitions in terms of altitude.

The distinction between LEO orbits and the LEO region is especially important for analysis of possible collisions between objects which may not themselves be in LEO but could collide with satellites or debris in LEO orbits.

The International Space Station conducts operations in LEO. All crewed space stations to date, as well as the majority of satellites, have been in LEO. The altitude record for human spaceflights in LEO was Gemini 11 with an apogee of 1,374.1 km (853.8 mi). Apollo 8 was the first mission to carry humans beyond LEO on Dec 21–27, 1968. The Apollo program continued during the four-year period spanning 1968 through 1972 with 24 astronauts who flew lunar flights but since then there have been no human spaceflights beyond LEO.