While only a few die-hard corporate propaganda Kool-Aid drinkers actually believe the U.S. announcement that “master terrorist al-Baghdadi” was killed yet again, this time it actually means something, Pentagon sources say.

The third announcement of his death means that U.S. President Donald Trump “is poised with Russian help to cut off illegal oil, arms, human, and drug trafficking that benefit Zionists, the CIA, and the deep state,” they explain.

Basically, now that the pretense of fighting ISIS or Al Qaeda or whatever brand name they used has blown up, Trump is now openly telling the truth—that the wars in the Middle East are about stealing oil.

The fact that Trump mentions Rockefeller-controlled Exxon Mobil by name as the company that can develop the Syrian oil fields also means Trump is now an official spokesperson for big oil.

In any case, Gordon Duff of Veteran’s Today, who has better Middle East sources than this writer, says Mossad agent Shimon Elliot, aka “al- Baghdadi,” is actually still alive.

Presumably he is enjoying his official death in a safe house along with his Mossad buddy Jeffrey Epstein. 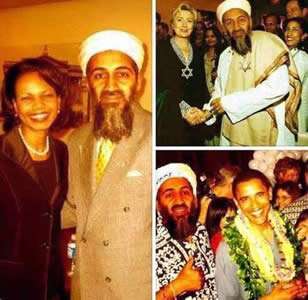 This picture of CIA agent Tim Osman, aka “Bin Laden,” with his handlers sent to us by the Germans supports what Duff reports.

While we cannot confirm if these pictures are genuine, the story they convey has been confirmed to us by multiple sources over the years.

Meanwhile, in a sign the undeclared civil war in the U.S. is reaching a crescendo, the list of missing politicians in Washington, DC keeps growing.

House Republican Whip Steve Scalise tried to keep up pretense with this widely quoted tweet: “My colleagues & I went to confront Schiff face-to-face in his locked room in the Capitol basement to see what he’s been hiding. When we got there he immediately shut down the hearing & fled with the witness.”

However, a colleague in Washington, DC with a press pass says Pelosi, Schiff, and many others have not been seen in public during the past week and no new videos of them have emerged, either.

Former CIA chief John Brennan, who was constantly in the media, has also not been seen in public for two weeks, the journalist also noted. (Note to computer graphic agents: Time to get to work.)

Also, the fact that corporate media reports concerning the ongoing “Ukraine” impeachment proceedings against Trump now quote politicians other than Schiff or Pelosi lends credibility to the idea that they are gone.

Pentagon sources explain, “As sealed indictments reach 130,000, many notables may choose death over dishonor, Gitmo, or military tribunals, and they may be given the Rommel treatment.” (Field Marshal Erwin Rommel was given the option to commit suicide and be eulogized as a war hero after his failed coup attempt against Adolph Hitler.)

So keep an eye out for announcements of the untimely death of war hero General James Mattis and some of his colleagues.

Conyers, “who was ousted in 2017 for sexual misconduct,” was killed by his Detroit mob bosses “as their money from Syria and Iraq is getting blocked,” the Pentagon sources say.

Asked about the Russiagate investigation on Friday, Trump said, “I can’t tell you what’s happening,” but “I will tell you this: I think you’re going to see a lot of really bad things. I think you’ll see things that nobody would have believed,” he added.

Trump also hinted last week that former President Barack Obama had been executed when he publicly accused him of the capital offense of treason. “What they did was treasonous, OK? It was treasonous.”

“The Pentagon’s President who we installed to counter the Khazarian Mafia (Hillary Clinton, etc.) has hit back at the Russia intelligence rubbish which sadly was cobbled together by one of our own in London.

Needless to say, there are some very uncomfortable people in London on the receiving end,” was how a senior MI6 source described the action in Washington, DC.

At the end of the day, Western “intelligence” agencies have been accidentally “working at cross-purposes,” he added.

This is now being corrected, he said.

In the meanwhile, the rest of the world is getting fed up with all the puerile activity in the Anglo-Saxon political world.

“After the Islamic State was ultimately defeated by the Syrian government army with support of the Russia aerospace forces in early 2018, yet another ‘death’ of Abu Bakr al-Baghdadi will have no impact either on the situation in Syria or on the actions of terrorists staying in Idlib,” Russian Defense Ministry spokesman Igor Konashenkov said.

The official Chinese Xinhua News agency, for its part, after quoting Trump about “al-Baghdadi,” noted that, “Over the years, al-Baghdadi has been reported multiple times to have been killed.”

Of course the Turks, Iranians, and others have been publicly saying similar things.

Simultaneously, the U.S. plan to use India as a counterbalance to China blew up as India suspended its defense cooperation with the U.S. last week.

What all this means is that the U.S. regime and its Zionist controllers are losing the ability to control the plot.

This is happening even inside of the countries they still control like the U.S. An example of this was seen when Democratic candidate Tulsi Gabbard said in a Presidential debate that the U.S. was sponsoring Al Qaeda.

She won the debate with 40% support while official top-runners like Elizabeth Warren and Joe Biden got 7%, according to a Drudge Report poll.

Then, in an Orwellian move, the National Democratic Party Committee announced she does not have enough support to participate in the next debate.

Meanwhile, California is burning again. Japanese military intelligence sources say the California fires of recent years are being deliberately set to prepare land for a railway link from California to China via Alaska.

This is being done as a part of a deal to prevent the bankruptcy of the U.S. corporate government, the sources say. The map at this link of past fires shows they do indeed appear to be in a line formation along what would be a good route for a railroad.

The other thing to note about the U.S. is that a sudden, radical spike of loan downgrades is the latest clear sign that some sort of financial black swan event is imminent.

According to European royal family sources, negotiations are continuing toward “a truly global BIS/IMF/World Bank/UN statement making the case for permanent peace and prosperity” that would be put to the UN Security Council for a vote.

The IMF (France and Germany) and the Vatican (P2 Freemasons), the Swiss, and the City of London are all involved in these negotiations, the source says.

The British are pushing for a meritocratically-staffed future planning agency to be set up to oversee this, while the Vatican controllers of the old system want to put the IMF in charge, he says.

A compromise that will give both a role is being worked out, he added. Of course the Chinese and Asians would have to approve, he said.

The Chinese are holding a special meeting this week to discuss this along with other issues, Asian secret society sources say.

The military-industrial complex, for its part, has, by releasing patents on “UFO” technology, compact fusion reactors and other wonders, indicated that it is ready for a swords-to-plowshares transformation.

As a part of this, “Boeing may be subject to military control with former Naval chief Admiral John Richardson parachuted to its board, as CEO Dennis Muilenburg may be fired soon,” Pentagon sources say.

The Pentagon is also thinking of shaking up the bloated and inefficient U.S. military-industrial complex by sharing technology with and opening up some defense contract bidding to Russian companies, the sources say.

In any case, we can expect more drama over the coming weeks and months as the old system collapses. 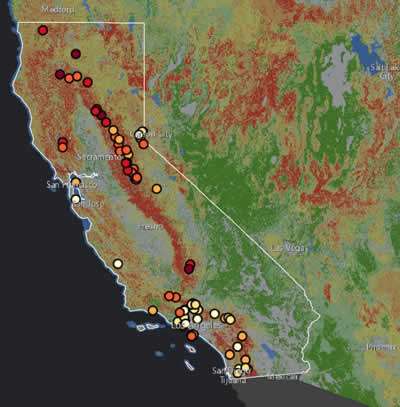 The question is, will it be a controlled demolition followed by reconstruction, or will it be a descent into chaos, anarchy, and misery.

Our sources are saying a controlled demolition and a phoenix-like emergence of something new and better is the most likely scenario.

Meetings scheduled for November involving the Pope, the Asians, and the Pentagon may prove decisive.

Also, while I am not a big UFO or alien guy, I have been told it is a good time to keep your eyes on the sky and look out for unusual events like giant holograms.