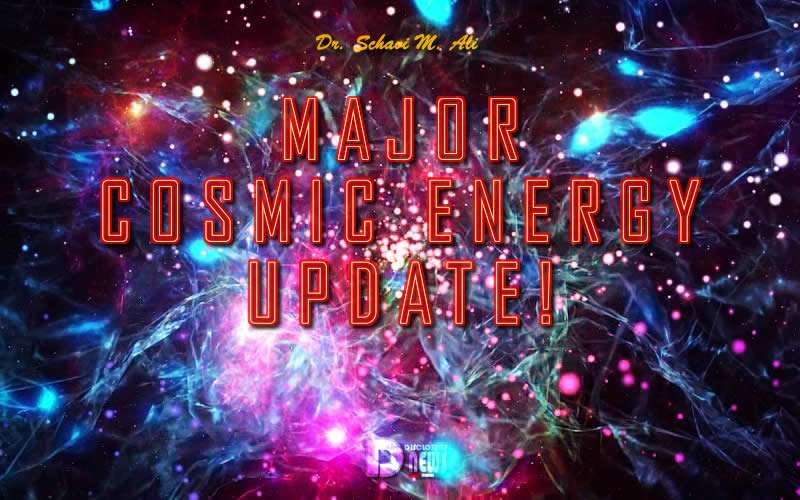 From the song by the “Fifth Dimension”

The Sun of our galaxy has received strong cosmic energetics in the form of neutrons (particles of cosmic radiation also called “Cosmic Rays” and “Cosmic Waves”) surging from “outside” of our solar system during the early morning hours of Thursday, April 15, 2021 which the observatory in Oulu, Finland has rated at “storm” level.

Neutron counts are monitored daily and are registered as being either “quiet”, “unsettled” or “storm” relative to their effects on Earth/Gaia’s geomagnetic field.

This recent neutron situation has resulted in the release of mild “B-Class” solar flares, but the build-up of flares to medium-strength “C-Class” levels is expected due to three new large sunspots having been detected by the National Aeronautics and Space Administration (NASA) on the southern area of the Sun, and they are facing Earth/Gaia.

Our planet (and all other planetary orbs) is a “conscious” being and is reacting to all of this with “opening out” “Her” inner core with hundreds of earthquakes between 1.0 and 4.0 levels, but Indonesia has experienced today a rather potent 5.4 quake.

“She” is also “purging” hot lava, from volcanoes, and remember, that several days ago, a volcano in Iceland erupted that has not done so for 800 years! 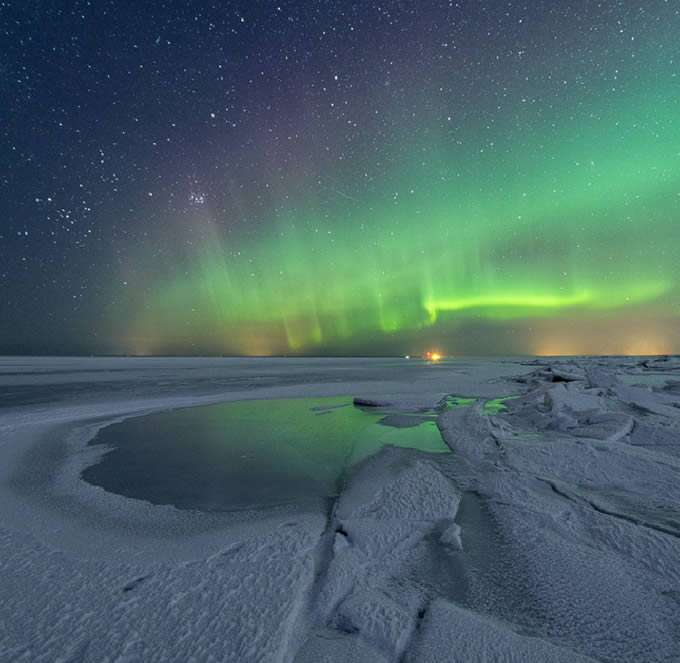 Powerful solar winds which will drive forth the flares are expected to arrive by April 17th.

People around the planet are reporting loud ringing in their ears; painful and sore backs, necks, and hips; heart palpitations; stomach cramps; light-headedness; and almost overwhelming exhaustion as these cosmic energetics occur.

As strange as it may seem, and as has been discussed in previous communications, with the uncomfortable “Light Activation Symptoms” (LAS) also comes DNA upgrades.

Even events outside of our solar system are playing a part in the transformational process of creation throughout the galaxy. It is all a part of what is continually referred to as the “Divine Symphony”.

As the “recess” period of “Kali Yuga” (“Age of Chaos”)— announced by the planets Jupiter and Saturn coming into exact degree alignment in December of 2020— continues, more will be coming from both inside and outside of our solar system which will activate Earth/Gaia’s “Light Activation Symptoms” expressed as the quakes and volcanic eruptions just mentioned (and they will increase in number and intensity) but also as hurricanes, tornadoes, and floods as the year of 2021 further unfolds.

We are early in the spring season in the Northern Hemisphere and autumn in the Southern Hemisphere. This is when major cosmic build-ups seem to be prolific.

As the cosmos reveals its power, remember to PRAY, MEDITATE, PULL DOWN YOUR “PILLAR OF LIGHT” (see most recent article on this), EAT ORGANICALLY, DRINK PLENTY OF SPRING WATER (with lemon); TAKE WARM BATHS OR SHOWERS WITH ESSENTIAL OILS; WEAR CALMING OILS AND GEMSTONES; and OBTAIN EXTRA REST. 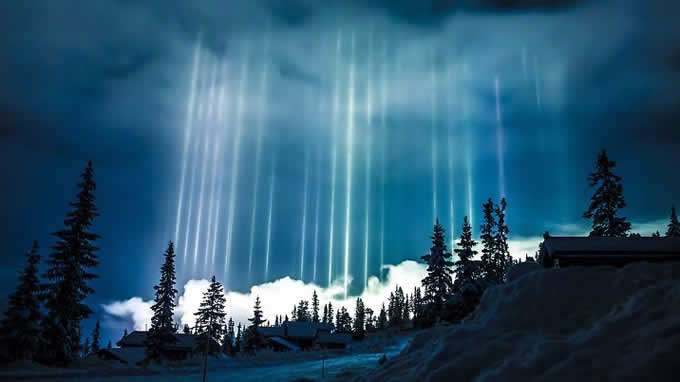 Many are having symptoms in their sympathetic nervous system (where “fight or flight” response occurs due to an overload of cortisol from the adrenal glands).

Explore what needs to be released in order for you to heal from any stress and feel a sense of peace.

I recommend to avoid watching on television or listening on the radio to dramatic, fear-mongering news.

Also, avoid debates with others whose views do not match your own.

Further, eat plenty of magnesium-rich foods (see below) which calm all parts of the nervous system.

Please express what you are experiencing in the section entitled “YOUR JOURNAL” on this website.

The “recess” period before moving into the next “Yuga” (“Age”) is very active. Nothing is still. We are soaring through the air on “cosmic swings”, climbing “cosmic monkey bars”, and playing “cosmic kick ball”.

However, the “School Bell” will soon ring, and we will be back in the classroom. Even during the “recess”, though, there is much to study.

Join in so that we can establish a network of supportive collective consciousness.

Those who are vegan and thus do not eat any flesh or dairy, be sure to obtain necessary “Omega 3-6-9 Fatty Acids” which everyone needs for a healthy cardio-vascular system. 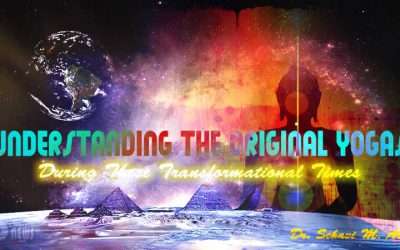 The Sanskrit word “Yoga” translates into English as “Divine Union” which refers to being yoked to the ABSOLUTE, to SOURCE, to which we are always attuned via our Higher Self, the Soul. Endeavoring in adherence to the “Yogas” is a lifestyle–not a periodic ritualistic practice during a special time or for a quick fix during the course of a day. The original “Yogas” are the root from which many other “Yoga” systems have been created in modern times. 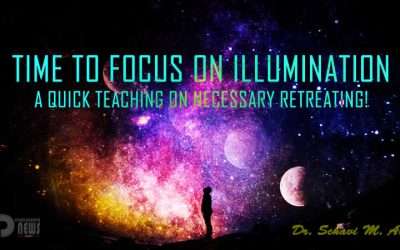 Time To Focus On Illumination

Prepare for much to occur in the weeks and months ahead. Be leveled-up along with Earth/Gaia. “She” is expressing lots of elevated frequencies and amplitudes. Sometimes “She” has a quiet few moments, but most of the time, “She” is very active with higher energetics in the inner and outer fields–the magnetics and geo-magnetics. These are amazing times! 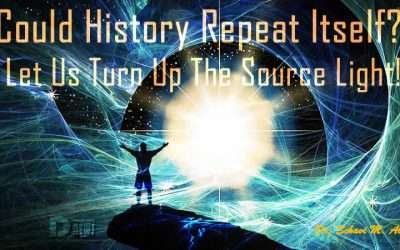 Could History Repeat Itself? Let Us Turn Up The Source Light!

The magnetic (inner field) and geomagnetic (outer field) of the planet receives energy currents from many types of cosmic events (solar flares, solar winds, plasma waves, solar sector boundary crossings, etc.). Some of these events are more potentially potent than others as is the case with the Solar Eclipse on June 21, 2020. The world is already fraught with pandemic trauma, racial strife, and economic turmoil–all causing sociological and political discord. 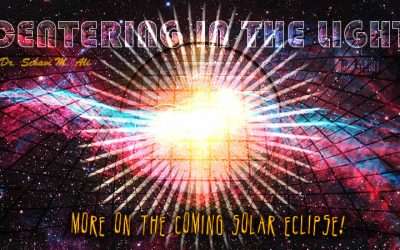 The Solar Eclipse occurring on June 21st at 0 degrees and 21 minutes of Cancer in the Tropical Zodiac requires that collective humanity recognizes its “one-ness” with SOURCE and with each other. As has been verified by scientific and spiritual teachings, and as I have, therefore, often stated, we are comprised of the same substances as the stars in the cosmos! Stars and planets also have vibrational sounds, and thus, we are “notes” within a “Divine Symphony”. 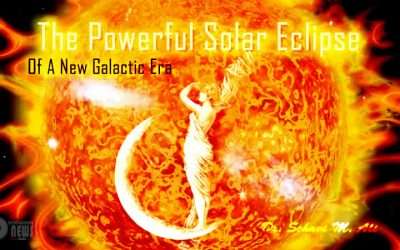 The Powerful Solar Eclipse Of A New Galactic Era

The “Solar Eclipse” in Cancer will take us back to not just our biological roots of this current incarnation, but it will also allow us to connect with our earthly ancient ancestral roots and also our galactic/cosmic roots. We are comprised of the elements of the stars! Time is eternal; and we are experiencing various dimensions simultaneously as we realize the sacredness of our DNA–both its material and spiritual atomic structures. 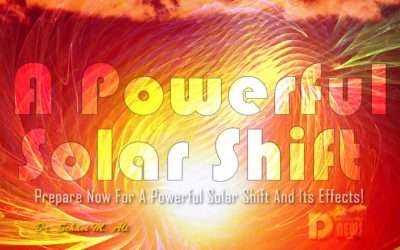 As the “Morning Star” (Venus) rises, as the “Eclipse Season” has begun, as Earth/Gaia moves thru a stream of debris from an unidentifiable comet, as several planets continue in retrogradation, as new solar flares intensify, and as cosmic waves from outside of our solar system continue to soar into the various spheres of our planet (stratosphere, atmosphere, ionosphere, etc.), the vibrational frequency (cycles per second) of Earth/Gaia has been regularly lowering to below the anciently recognized normalcy of 7.83 cycles while the amplitude (depth, strength, extent) subsequently rises to high levels. 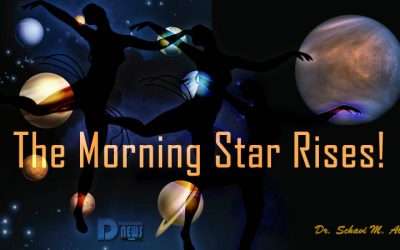 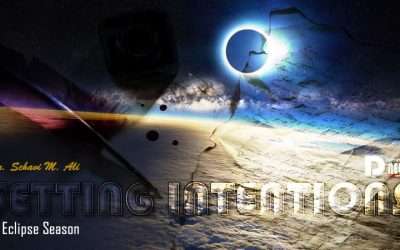 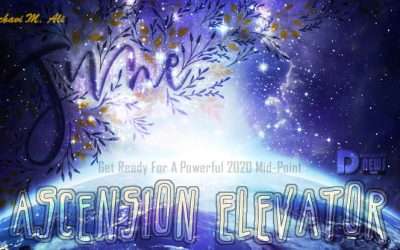