Love Instead of War

Love Instead of War. By Ben Fulford.

East-West lines drawn—will it be make love instead of make war?

It is looking more likely now that we will see a world government rather than a world war in the coming months and years based on what is happening around the world.

First of all, a year after the World Forum at Davos featured Chinese President Xi Jinping as its star, this year Western leaders gathered at Davos in force with U.S. President Donald Trump as the top attraction. 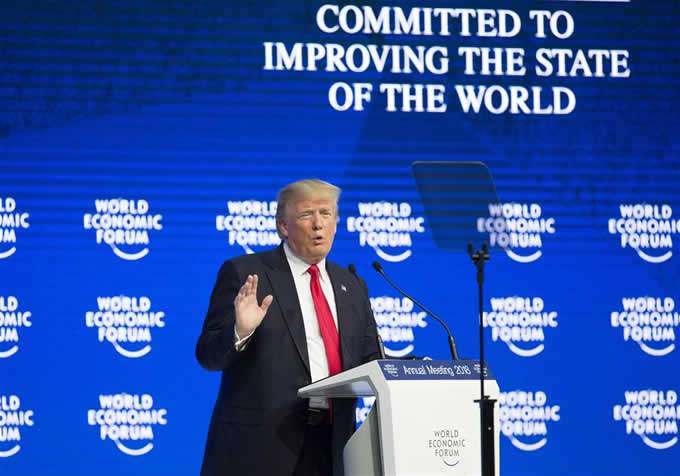 What’s interesting is that this year’s Western-dominated Davos theme, “Creating a shared future in a fractured world,” is very similar to China’s theme of “Building a community with a shared future for mankind.”

Of course, the Chinese and Americans are still duking it out over who will be in charge of this “shared future.”

Pentagon sources this week were gushing over the top about Trump and his Davos performance, noting, “Trump rocked Davos, with globalist CEOs from EU multinationals promising to invest and create jobs in America.”

They added that “With the cabal defeated and unable to stage any more false-flags or start World War 3, Davos established the Trump world order and may have launched the global currency reset.”

Even more alarming, though, was the Pentagon source’s assessment that “a cabal underwater base off Alaska may have been nuked as the military rally behind Trump, who has been promoted from POTUS to GEOTUS (God Emperor of the U.S.).”

The Chinese, for their part, had the following to say about Trump at Davos via their official Xinhua News Agency:  “The United States is like the boxer who vows to obey the rules when dominating the fight, but claims the rules must be changed when he is losing.”

The U.S. military government under Trump was able to buy time for itself last week by threatening “immediate arrests” of Democratic Party politicians, who “caved in to end the U.S. government shutdown in less than 72 hours,” Pentagon sources note.

The sinking of an Iranian oil tanker off the shore of Shanghai also postponed the start of the gold-backed petro-yuan as a replacement for the U.S. petrodollar. However, as things stand, the still-bankrupt current U.S. regime has only bought time until February 8th.

It is clear that the United States, the most indebted nation in world history, is untenable and needs a complete reboot of the current world system in order to survive.

The Chinese, for their part, are the biggest beneficiaries of the current system and would like it to continue to evolve in their favour, as it has been doing for years.

The WDS will be proposing a…

genuine jubilee, or one-time writeoff of all world debts, public and private, as an initial step, according to a WDS member who will be attending the talks.  The talks will also discuss how to harmonize China’s trillion-dollar One Belt, One Road (OBOR) infrastructure initiative with the Western military-industrial complex.

The fact that the Chinese are already paying U.S. military contractors to take charge of security for the OBOR project shows there is more harmony than strife in the real world between the two great power centers.

The fact that the U.S. military has invited the Chinese to join their RIMPAC naval exercises in Hawaii this year shows that, at a working level, relations with the Chinese are already good.

Overall, the WDS will be promoting a strategy of “make love, not war.”

In any case, the old world order, as represented by the P2 Freemason Ordo ab Chao (Order out of Chaos) lodge and their Vatican subsidiary has failed in their pledge to make 2016 a jubilee year as dictated by their calendar. Instead, what has happened since then has been an unprecedented money grab by the Western super-wealthy.

Is It Time To Retire The Word “Capitalism”?

The result has been a dangerous destabilization of Western civilization.  Clearly they need to step aside.

The U.S. military white hats are helping make this happen, noting that, “The storm made landfall with 90,000 pedos arrested worldwide, 45,000 arrest warrants pending, and the amount of sealed indictments approaching 14,000.”

Furthermore, Trump got MI6 and GCHQ (Government Communications Headquarters, the British intelligence agency) to hand over incriminating intelligence on Barack Obama, Hillary Clinton, and the cabal before his meeting with [UK Prime Minister Theresa] May at Davos,” the Pentagon sources say.

The Royal Canadian Mounted Police are also on the trail of the Clinton mafia, now that they have officially recognized the deaths of Canadian pharmaceutical billionaire Barry Sherman and his wife Honey as murders. They have seized computers and will be following money trails to find the suspects.

Our sources in the CIA say the trail will almost certainly lead to the Clinton Foundation and Haiti, where Sherman’s cheap generic drugs were sold at high prices to the International Red Cross to generate off-the-books funds for various operations.

A video of Red Cross Cash in Haiti was sent to us as evidence. The video was sent with the following comment:  “Notice that no people were shown in the video, which to me means that this was recorded by someone who knows way more than what is being said—which is nothing.  Someone/government is about to get a very large cash injection. There are potentially billions of dollars in these cases.”

The source added, “This is off-the-books money for sure.  We both know that the International Committee of the Red Cross, based in Geneva, Switzerland, has always been a front for the Khazarian mafia.  A perfect way to move off-ledger cash around the world—from neutral Switzerland, of course.  (The current hiding place of the Rothschilds and their top agents).”

As we have mentioned before, the trail from the Haiti earthquake and its aftermath will lead to Fukushima and the P2 Freemason lodge, as well as the Rothschilds in Switzerland.

The cabal is also under heavy attack for their recent murder attempt against Trump in Las Vegas. The latest casualty is casino mogul Steve Wynn (aka Weinberg), who was forced to resign as finance chair of the Republican National Committee.

Officially, he is resigning because he was exposed “as a serial sex predator and may lose his gaming licenses and be fired from his publicly listed company Wynn Resorts and from his own board, just like fellow Jew Harvey Weinstein,” the Pentagon sources noted.

U.S. military intelligence has been given a trail to follow that will connect Wynn with a Macau front for the Dutch branch of the Rothschild Saxe Gotha family.  This in turn will lead to the downed Malaysian Air Flight 370/17 and the ongoing anti-Russian hysteria campaign in the Western corporate media, WDS sources say.

Also, the cabal is clearly aware that its fiat financial system is headed for collapse and thus there has been a lot of skullduggery going on, as usual involving gold.  A source close to an Asian royal family has said the Japanese government is looking for a mining company to launder dragon family gold that is stored under the parking lot of a temple in Nagano Prefecture, Japan.

There has also been a lot of intrigue going on concerning the gigantic gold deposits in Bougaineville, with the French Rothschilds, the Russians, and the U.S. military all vying for influence over this geopolitically significant gold.

The WDS believes the gold should be used to benefit the people of Bougaineville as well as the poorest people on the rest of the planet.

On a final note, last week a flurry of articles appeared in the corporate media claiming to report on George Soros. The articles claimed he was speaking at Davos, yet once again, if he was speaking at a public forum in Davos as reported, dozens of news outlets would have put out independent footage of this.

That has not happened, and our sources continue to tell us George Soros is no longer active and probably no longer on this earth.

To understand how far this technology has advanced, please take a look at the first few seconds or minutes of the clip below.

In a sense, the Gnostic Illuminati may be right when they say the real enemy is an artificial intelligence.

As things now, most of the information we get, as well as our financial system, are based on computer networks that have shown multiple signs of autonomous intelligence.

That is why it is very important for us analogue humans living in the original creation to place most of our trust in things we actually experience first-hand.