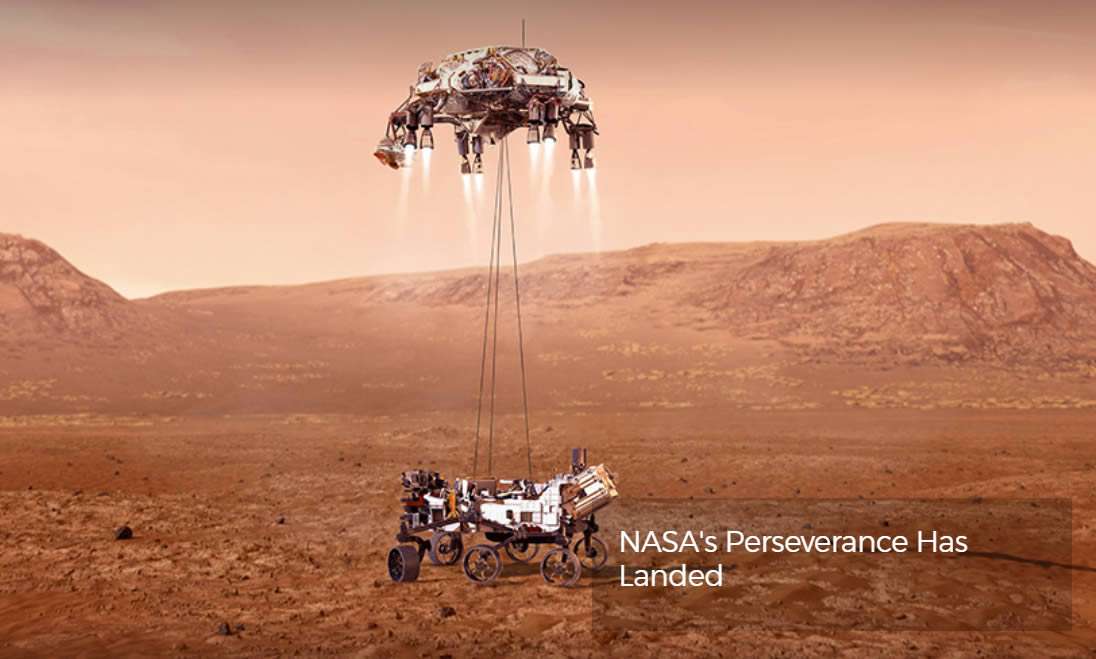 As the spacecraft enters the Martian atmosphere, the drag produced drastically slows it down – but these forces also heat it up dramatically. Peak heating occurs about 80 seconds after atmospheric entry, when the temperature at the external surface of the heat shield reaches about 2,370 degrees Fahrenheit (about 1,300 degrees Celsius). Safe in the aeroshell, however, the rover gets up to only about room temperature. 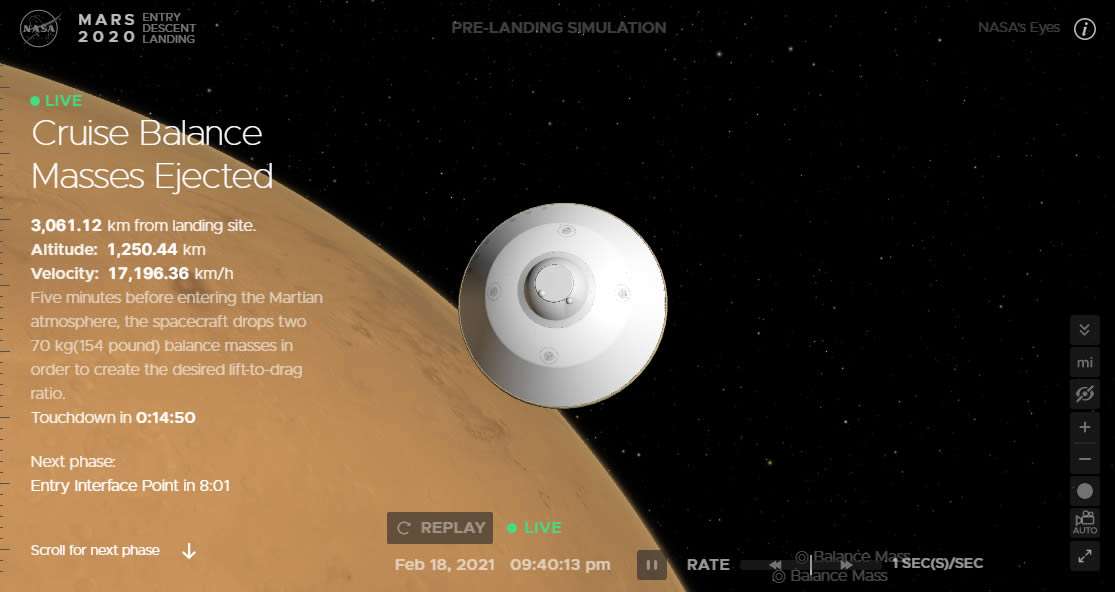 Now, Perseverance will touch down on Mars to begin its mission of exploring the Martian surface and seeking evidence of ancient life on Mars.

Perseverance is scheduled to land on February 18, 2021 at approximately 20:55 UTC at Jezero Crater. Key timings for Perseverance’s landing: 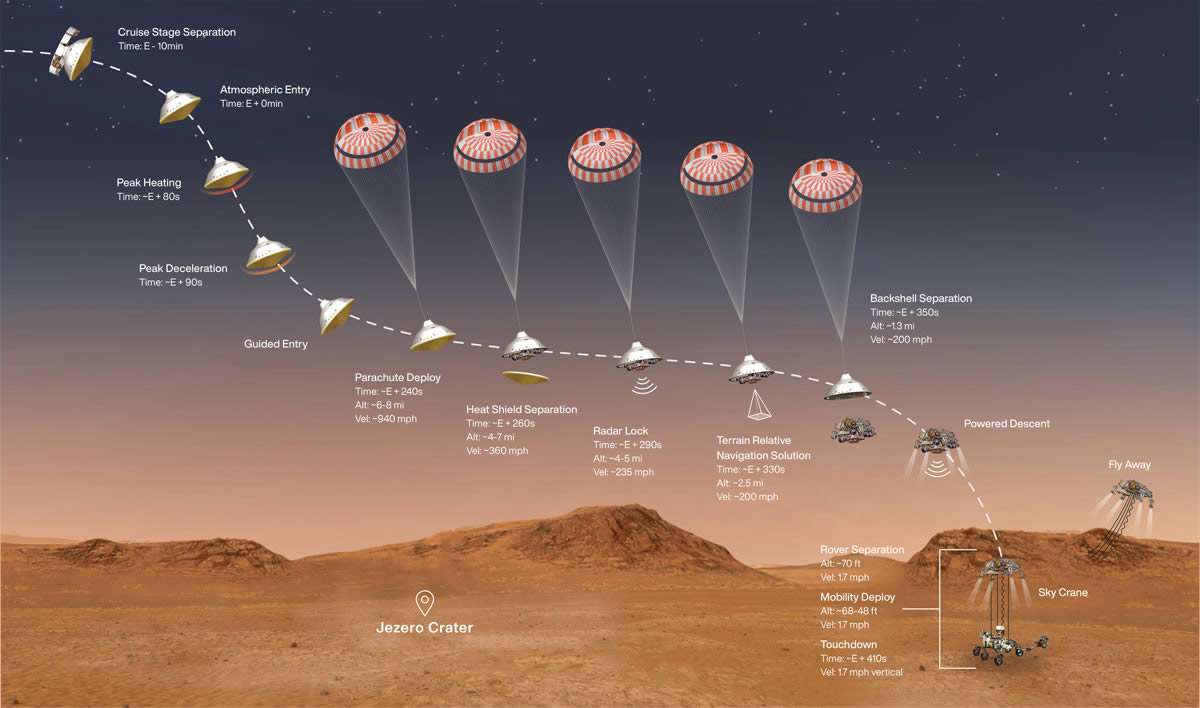 Perseverance will sift and drill into the sediments to look for traces of ancient microbial activity. The most propitious examples will be packaged for return to Earth by later missions.

Of the 14 landing attempts at the planet, eight have been successful – all of them American. Indeed, NASA has only got it wrong once, way back in 1999. 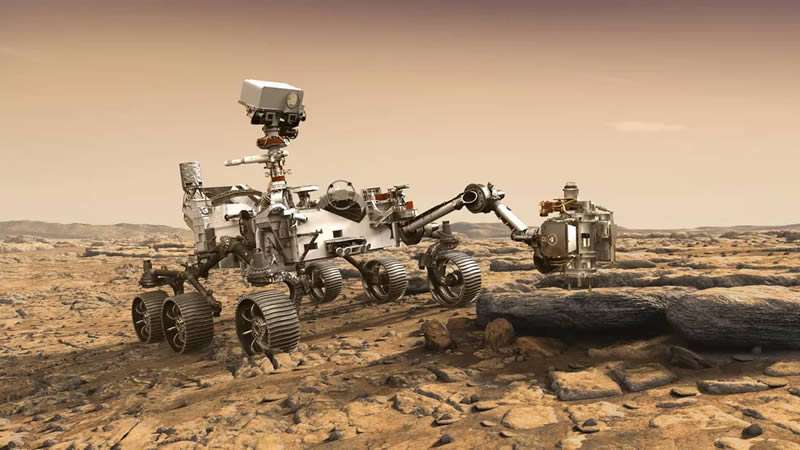 Jezero is named after a town in Bosnia-Herzegovina. In some Slavic languages the word “jezero” also means “lake” – which should explain the fascination.

This 500m-deep bowl once saw huge volumes of water flow in through the western wall to pool on the crater floor. 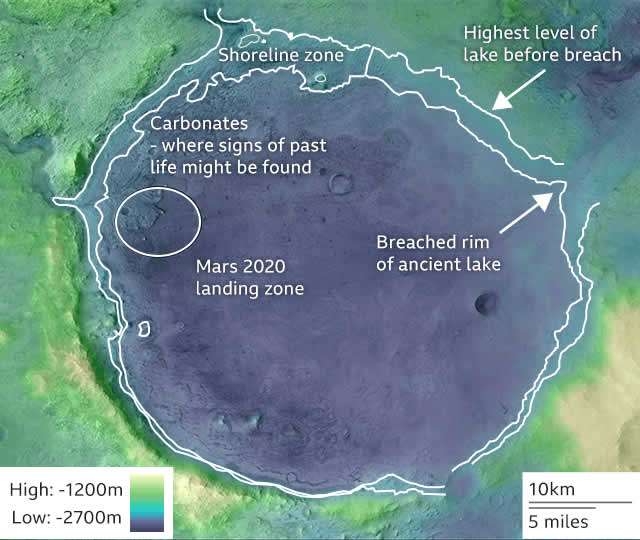 Where the water entered, it even deposited sediments to form a delta. Perseverance will try to land next to this feature.

Jezero displays multiple rock types, including clays and carbonates, that have the potential to preserve the type of organic molecules that would hint at life’s bygone existence.

One of the wildest aspects of the Perseverance mission is that it will include a helicopter. The small helicopter, named Ingenuity, will ride on the rover’s belly until NASA finds a suitable spot to release it for a test flight.

This image shows the flight model of the helicopter in early 2019. NASA considers Ingenuity a high-risk, high-reward technology demonstration. If it works, it will be a stunning achievement in flight on another planet.

NASA [Not A Space Agency] 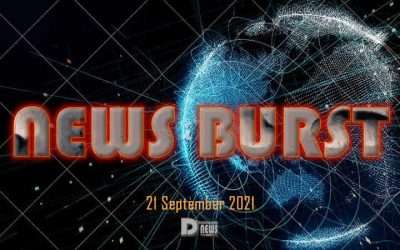 Firefighters continue to battle the KNP Complex blaze as it moves in on the ancient Four Guardsmen trees in California’s Sequoia National Park. 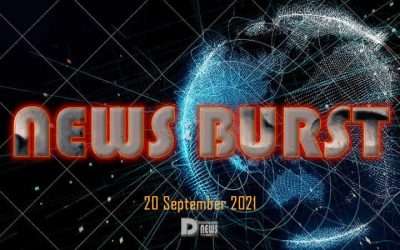 A study revealed that the molecules have been collecting in abundance within “protoplanetary discs” of gas and dust that are known to orbit each star. All that’s left needed to spark life on a planet is water and a viable distance from a host star, also known as the “Goldilocks zone,” researchers explained. 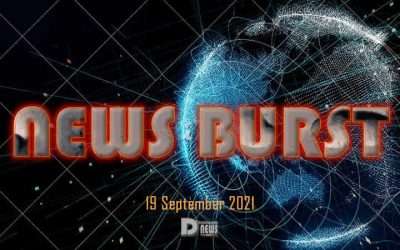 A group of amateur astronomers has observed a bright flash on Jupiter, which reportedly appeared after the gas giant was hit by an unknown object, ScienceAlert reported.