The international military and legal campaign against the Khazarian Mafia is “95-100% likely to succeed,” according to probability models tested by the U.S. War College, say MI6 and Pentagon sources.

This week’s anniversary of 9/11 is followed by a Friday the 13th and is a good time to push hard for their inevitable final defeat, the sources say.

The key to the Khazarians’ defeat was handed over to the military by a group of Swiss mathematicians who analyzed 43,000 transnational corporations and traced their control to a group of 700 individuals, mostly bankers, MI6 sources say.

This is “a Ponzi scheme called the Global Network of Corporate Control (GNCC), which is in an interlocking or bowtie corporate structure,” the sources say.

Military forces do their best work when they have a clear target, and this list of 700 individuals gave them that target, Pentagon sources confirm.

The U.S. War College ran a series of “probability models” to come up with a plan that ensures “the Global Coalition for the Rule of Law” (i.e., The People) will ultimately prevail, the sources say.

This doesn’t mean the war is over yet, since the Khazarian mob is literally fighting for survival as it stirs up trouble in the U.S., UK, Hong Kong, Iran, etc.

However, these are just futile rear-guard efforts by a defeated, albeit extremely rich crime gang.

One key date that is coming up is the September 17th Israeli election, where top satanic leader Benjamin Netanyahu and his fellow gangsters are using every dirty trick in the book to stay in power.

The Jews must now either confront and defeat their satanist rulers or else face a combined Turkish/Iranian/U.S./Russian/Arabian coalition that will force them to remove their criminal leaders.

It’s not going to be an easy fight.

Even the Mossad-linked information/disinformation site Debka is saying Netanyahu is planning to start a war in order to postpone the election and stay in power.

Furthermore, the Israeli newspaper Haaretz is reporting that Netanyahu is taking a page from the book of the U.S. Democrats’ “Russian” election-stealing scam to try to claim that “the Arabs” stole the election.

By the way, the “Russia did it” scammers in the U.S. might like this photo sent to me by the Russians of Senior Lieutenant Olga Orlif of the Soviet Army—Melania Trump’s grandmother.

Orlif was a Yugoslavian fighting with the Soviets against Nazi Germany, the Russian sources say. 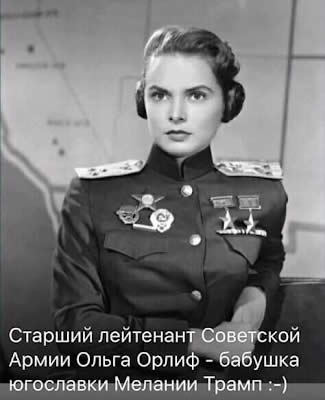 In any case, another key date is the October 31st Brexit deadline in the UK.

Here, judging from the bizarre antics of politicians, the Khazarians have called in every bribery and blackmail chip they have. Just one example: opposition Labour Party shadow foreign secretary Emily Thornberry said on TV she would seek the “best deal possible” with the EU, then campaign against it.

The Parliamentarians “lead the country into a state of chaos and panic when the decision is already made. In or out does not matter two hoots—in the end the EU will no longer exist,” MI6 sources promise.

Staying in the EU would mean a loss of sovereignty and “is in effect High Treason and nothing else,” they say.

“The Monarchy and senior generals of the British Army are all aligned to Sovereignty” and not the compromised politicians, they add.

Public opinion in the UK is also against the politicians, despite the propaganda campaign by the press, who are agents of the mega-conglomerate controlled by the 700 bankers, they note.

It is also interesting that while the Western corporate propaganda press rants on about places like Israel, Hong Kong, and the UK, they are completely ignoring a major and violent revolution that is unfolding in Papua, New Guinea.

The Australian and Indonesian authorities are now facing the option of losing control or carrying out large-scale massacres, the CIA sources say.

“In Sorong, a prison was set on fire and more than 250 prisoners fled. Thousands gathered in Jayapura, Timika, near Grasberg, the world’s largest gold mine, while FakFak set fire to a market.“

Indonesian police sources state that they have received an order from headquarter saying, “It is forbidden to talk about the current chaos in Papua or to make videos. Failure to comply with this order will result in severe penalties, including imprisonment.“

People want independence from Indonesia, according to local sources.

If the world is not careful, there is a real danger of a repeat of the situation in East Timor in the 1970s, when Indonesian authorities killed between 100,000 and 300,000 people to stop an independence movement there.

It’s also about taking control of some of the world’s largest gold mines, gas reserves and other natural resources.

North of Papua New Guinea, in Hong Kong, the situation calms down despite the efforts of the State Department and the CIA.

Here’s what a CIA source had to say about the situation in Hong Kong:

“Some CIA employees were caught red-handed, photographed, and registered when they paid HKD 3000 per day for those in the street and HKD 300 for sit-ins at the airport.“

Now, five of the top organizers went in the USA they have made a special agreement to change plane in Taiwan,” the source also reports.

“The Chinese Secret Police infiltrated the demonstrators and ‘picks up’ protesters. They are taken to unknown locations outside of HK. Will they be seen again?” Wondering the source.

The fight in Hong Kong is just one of a de facto hybrid war now to take place between China and the US, CIA sources say, the next step will involve trying to shut down Hong Kong banking system.

“In another strike against Zionist Hollywood and Big Tech, Google and Facebook-sponsored fiber optic cable from Los Angeles to Hong Kong could be blocked by US President Donald Trump in his trade war with China,” Pentagon sources said.

Trump also urges France, Britain, Germany and Japan to give Russia the opportunity to re-enter the G8 as part of a campaign to lure Russia away from China, the sources said.

They are also considering accepting Russian President Vladimir Putin’s offer to sell Russian hypersonic missiles to the US as part of this effort.

The purchase of Russian hypersonic would “force the military-industrial complex to renew, compete and also to stop the rape of US taxpayers,” sources in the Pentagon said.

Meanwhile, in the Middle East, the US is preparing for a summit between Trump and top Iranian leader Ali Khamenei, bringing an end to the war in Saudi Arabia against the Houthi, Iranian allies in Yemen.

It says: “The Yemen war is over because of the advanced Houthi drones and missiles from Iran.” As a result, Saudi Arabia is forced to ask for peace and may have to pay reparations.”

The smoldering conflict in Ukraine also seems to be coming to an end.

“In contrast to its predecessors, the government of Ukrainian President Vladimir Zelensky in a statement on Saturday proved a reasonable attitude and willingness to compromise,” said the official Russian news agency Tass.

Perhaps a peace agreement in Ukraine will allow many Ashkenazi Jews to return to their real homeland, Ukraine and not Israel.

Finally, we are seeing this week that Khazarian-controlled financial system is becoming increasingly unstable and could collapse unexpectedly at any moment.

The chart below shows how the stock market continues to defy and increase financial gravity, even though the funds continue to flee. 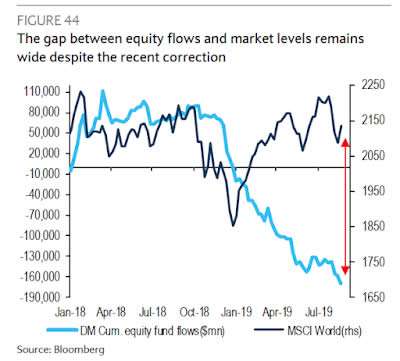 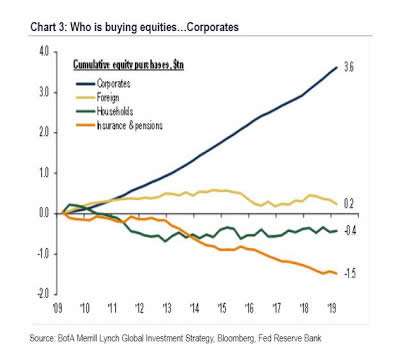