The CIA published this internal document reporting on one German man’s account of a 45-foot-wide disk he spotted in a forest when his motorcycle broke down.

After the incident many other witnesses come forward with accounts of what they had saw over the skies of the area that day.

Nearly all of the sightings had been of what people initially thought was a meteor/comet flying at low latitude above the area that Oscar Linke had been at the time.

Oscar Linke would go in front of a judge to testify to the UFO sighting and encounter with what he now presumed were humanoids that were not terrestrial.

Berlin, July — Furnished with the sworn testimony of eyewitness.

According to this story, an object “resembling a huge flying pan” and having a diameter of about 15 meters landed in a forest clearing in the Soviet Zone of Germany. Linke recently escaped from the Soviet Zone along with his wife and six children.

Linke and his ll-years-old daughter, Gabriella, made the following sworn statement, a tire week before a judge: “While I was returning to my home with Gabriella, a tire of my motorcycle blew out near the town of Hasselbach.

While we were walking along toward Hasselbach, Gabriella pointed out something which lay at a distance of about 140 meters away from us. Since it was twilight, I thought that she was pointed at a young deer.

“I left my motorcycle near a tree and walked toward the spot which Gabriella had pointed out. When, however, I reached a spot about 55 meters from the object, I realized that my first impression had been wrong. What I had seen were two men who were now about 40 meters away from me. 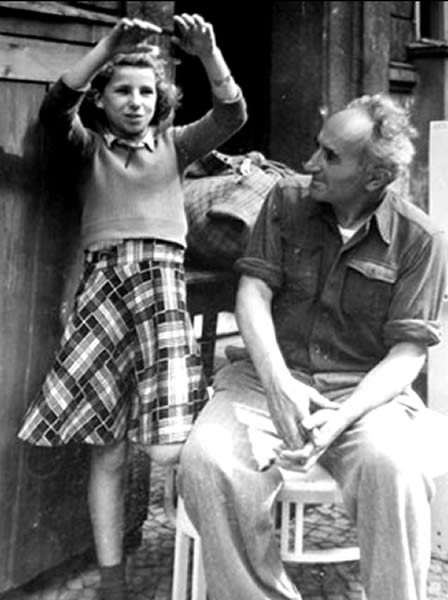 They seemed to be dressed in some shiny metallic clothing. They were stooped over and were looking at something lying on the ground.

“I approached until I was only about 10 meters from them. I looked over a small fence and then I noticed a large object whose diameter I estimated to be between 13 and 15 meters. It looked like a huge frying pan.

“There were two rows of holes on its periphery, about 30 centimeters in circumference. The space between the two rows was about 0.45 meters. On the top of this metal object was a black conical tower about 3 meters high.

“At that moment, my daughter, who had remained a short distance behind me, called me. The two men must have heard my daughter’s voice because they immediately jumped on the conical tower and disappeared inside. 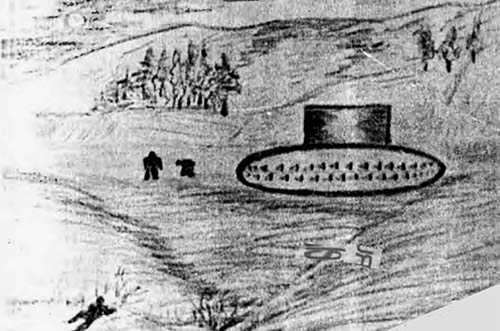 “I had previously noted that one of the men had a lamp on the front part or his body which lit up at regular intervals.

“Now, the side of the object on which the holes had been opened began to glitter. Its color seemed green but later turned to red. At tbe same time I began to hear a slight hum.

While the brightness and hum increased, the conical tower began to slide down into the center of the object. The whole object then began to rise slowly from the ground and rotate like a top.

“It seemed to me as if it were supported by the cylindrical plant which had gone down from the top of the object, through the center, and had now appeared from its bottom on the ground.

“The object, surrounded by a ring of flames, was now a certain number of feet above the ground.

“I then noted that the whole object had risen slowly from the ground. The cylinder on which it was supported had now disappeared within its center and had reappeared on the top of the object.

“The rate of climb had now become greater. At the same time my daughter and I heard a whistling sound similar to that heard when a bomb falls.

“The object rose to a horizontal position, turned toward a neighboring town, and then, gaining altitude, it disappeared over the heights and forests in the direction of Stockheim.”

Many other persons who live in the same area as Linke later related that they saw an object which they thought to be a comet.

A shepherd stated that he thought that he was looking at a comet moving away at low altitude from the height on which Linke stood. 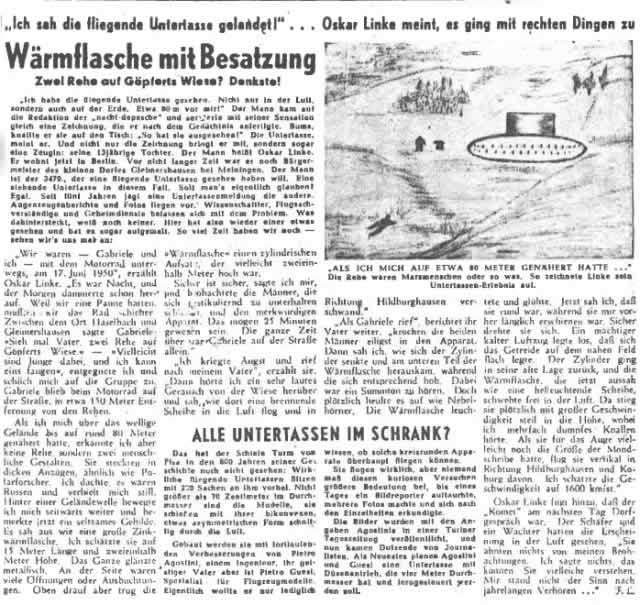 After submitting his testimony to the Judge, Linke made the following statement: “I would have thought that both my daughter and I were dreaming if it were not for the following -element involved: When the object had disappeared, I went to the place where it had been.

I found a circular opening in the ground and it was quite evident that it was freshly dug. It was exactly the same shape as the conical tower.

I was then convinced that I was not dreaming.”

Oskar Linke sworn by a lawyer that he really had this encounter. (Credits: shardsofmagonia.com)

Linke continued, “I had never heard of the term ‘flying saucer’ before I escaped from the Soviet Zone into West Berlin.

When I saw this object, I immediately thought that it was a new Soviet military machine.

“I confess that I was seized with fright because the Soviets do not want anyone to know about their work.

Many persons have been restricted to their movement for many years in East Germany because they know too much.”

The group believed that the Soviets could use UFO reports to touch off mass hysteria and panic in the United States.

The group also believed that the Soviets might use UFO sightings to overload the US air warning system so that it could not distinguish real targets from phantom UFOs. H. Marshall Chadwell, Assistant Director of OSI, added that he considered the problem of such importance “that it should be brought to the attention of the National Security Council, in order that a community wide coordinated effort towards it solution may be initiated.”

In CIA memos marked ‘secret’, top officials consider exploiting the UFO craze. ‘I suggest that we discuss the possible offensive or defensive utilisation of these phenomena for psychological warfare purposes,’ wrote CIA director Walter Smith in 1952.

Map Of The Events 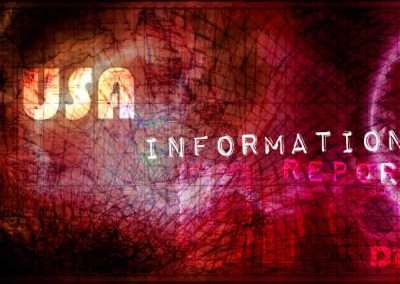 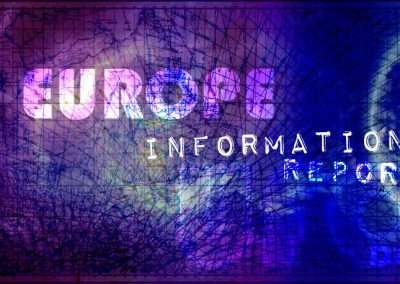 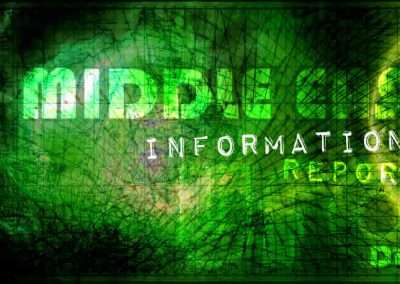 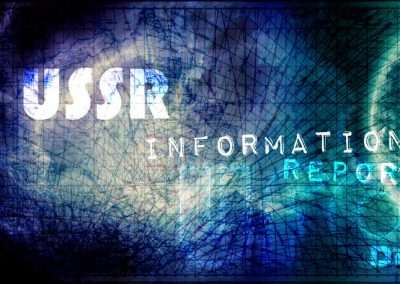