by Disclosure News | Updated on 21 May, 2022 | Energy of Consciousness Currents | 8 comments 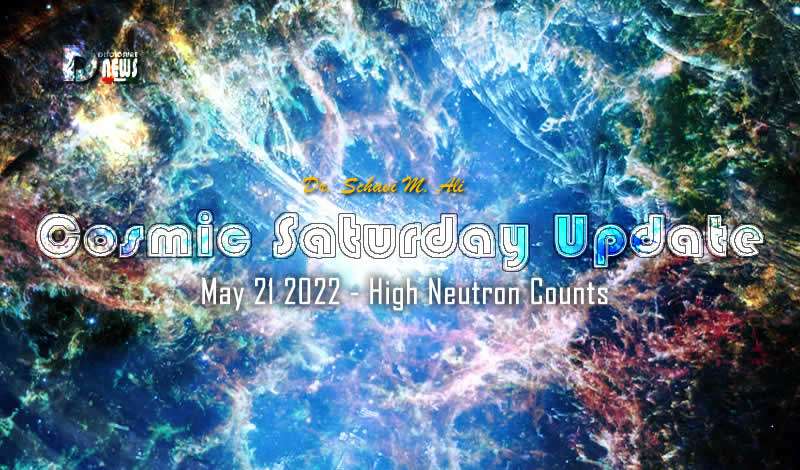 This report is an addendum to the weekend update published on yesterday, Friday, May 20, 2022 and is of extreme importance.

It used to be the case that when solar flares and solar winds were high (at this moment Earth/Gaia is inside of a high stream of solar wind), they swept away cosmic rays (also referred to as “neutron counts”) which come from outside of our solar system which can be further challenges to our planet’s inner core and outer field—particularly pummeling into the magnetosphere.

However, the high “C-Class”, “M-Class”, and “X-Class” flares and solar winds above 500 kilometers per second (km/s) in recent weeks have not altered the cosmic rays from coming into our planetary realm.

The observatory in Oulu, Finland which is relied upon for their cosmic research by organizations and institutes around the world has rated today’s neutron counts as being “Elevated”.

Also, the KP Index is rating activations/disturbances to our planet as “Unsettled”.

Earth/Gaia’s magnetosphere is enveloped and surrounded with dense particle plasma with lots of it coming in from the farside of our planet—outside of our solar system.

Much scientific research has now officially stated that human DNA is experiencing a transformational process—something that Spiritual Scientists have always taught would begin to happen at a certain point in planetary history, and indeed, this is that point—and it has been for a very long period of human time calculation. 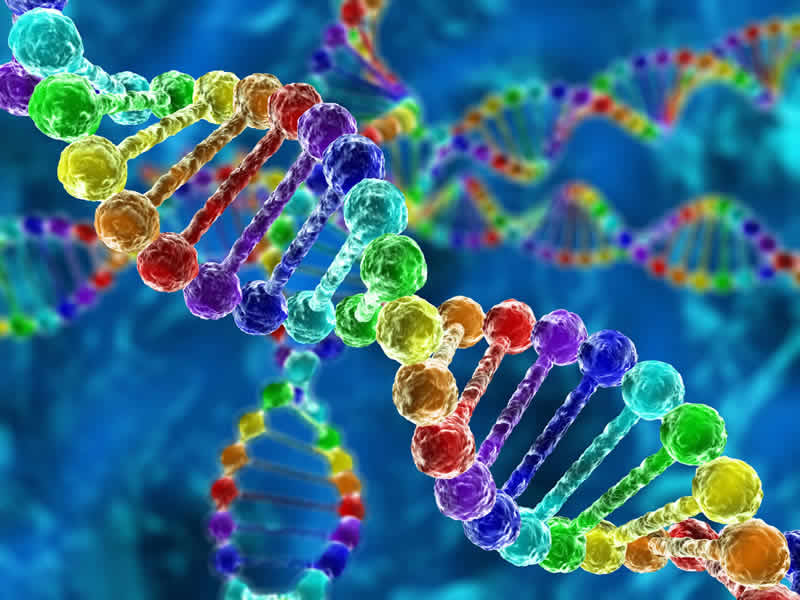 Much of the research on cosmic rays is due to Physicist Dr. Victor Francis Hess who won the Nobel Prize in Physics in 1936.

His work focused upon cosmic radiation and its biological effects.

He concluded that the upper atmosphere of our planet is ionized from outside of our specific solar system.

Although all of the cosmic forces are orchestrated by SOURCE, and although it has been proven both traditionally and spiritually that cosmic activity is having a unique effect upon all of creation and is thus assisting in the regeneration, revitalization, and renewal of creation (its “re-birth”), the symptoms (“labor”) can be very challenging. 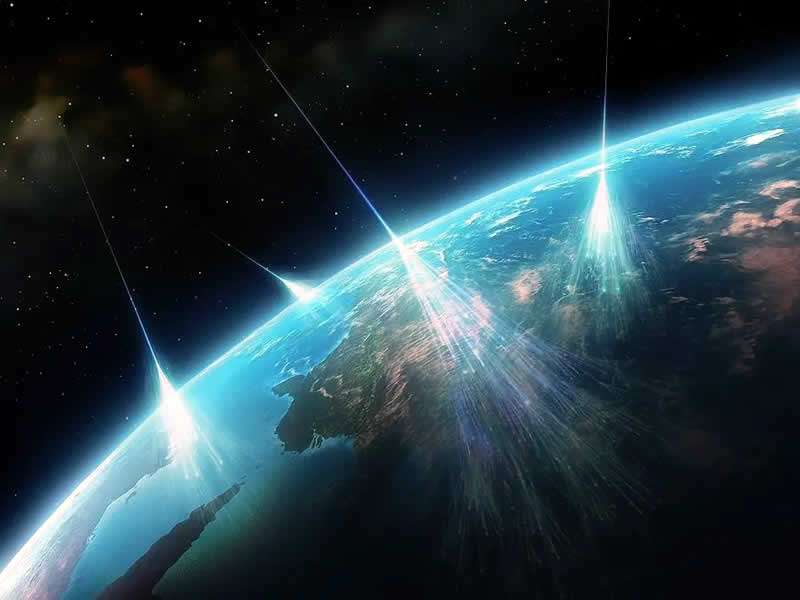 Now, with the fact that high solar flares and winds are no longer sweeping away the cosmic rays from outside of our solar system, symptoms can seem to be even more heightened—especially during times of eclipses, equinoxes, solstices, New Moons, Full Moons, and various planetary alignments and retrogrades—all of which create types of “portals” of energy. Also, we must remember that we are steadily moving through the first of twelve vortices of the Photon Belt.

More numbers of people around the world are reporting physiological, emotional, and mental situations which they find frustrating and almost overwhelming.

This is why constant suggestions have been given regarding ways in which to “ground” for comfort.

The following have been the main symptoms’ reports for the past several weeks: headaches, heat surges and sweating, dizziness, exhaustion, weakness, inability to sleep well or sleeping quite a bit, back aches, neck aches and stiffness, sinus drainage, nausea, lack of appetite (some are now even reporting a lack of thirst), depression, and anxiety.

Of course, not everyone is having all of these symptoms.

As has been previously reported, some people are having a few of them, some many of them, and some all of them.

It is best to handle them in the spiritual and natural manners which have been suggested in earlier article teachings.

Most traditional doctors do not know anything about how cosmic energetics affect our planet and the humans, animals, and plants upon “Her”.

They are “trained” to find something wrong and to treat it with chemical drugs and via other allopathic techniques—many of which make matters worse due to causing dangerous side effects.

Even many Naturopaths are unaware of cosmic forces, but at least they are oriented towards natural therapies as opposed to chemicals.

We are now in a space/time continuum where the HIGHER SELF (which is the SOUL and which is SOURCE “ITSELF”) must be relied upon as the ultimate “Physician”. 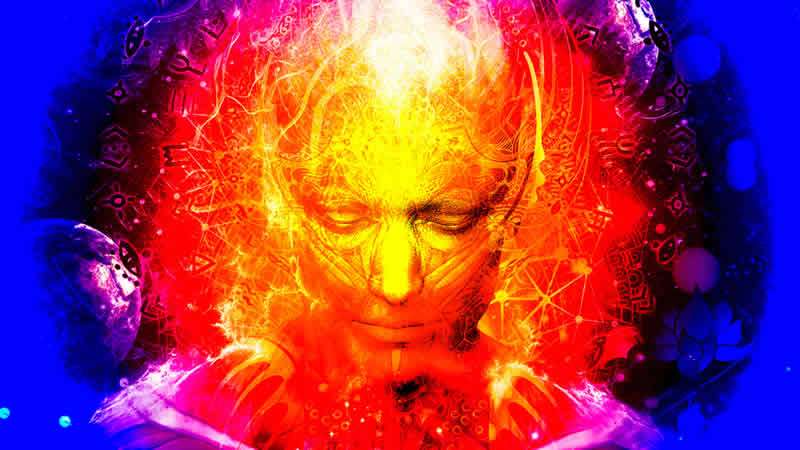 Please obtain lots of rest this weekend and in days to come.

There is some evidence that has arisen from other Spiritual Scientists that the high-powered cosmic energy currents will be in vogue until June 21st—the Summer and Winter solstices (Nothern and Southern hemispheres).

Do not be concerned about lack of appetite.

This occurs because the digestive system is being cleansed and re-calibrated.

Do, however, drink water with lemon, green tea, and other herbal teas (ginger or peppermint, for example, for an upset stomach).

These help to flush out any toxins and also give us nutrition. Take “Olive” by Bach Flowers for exhaustion (2 drops under your tongue 4 times per day).

Please review previous articles for other suggestions on “grounding”.

Report any symptoms that you are experiencing so that others can know that they are not alone.

Everyone is leveling up!

Everyone is receiving increased doses of LIGHT so that we can become further crystallized.

Stay in the LOVE and LIGHT of SOURCE FREQUENCY. 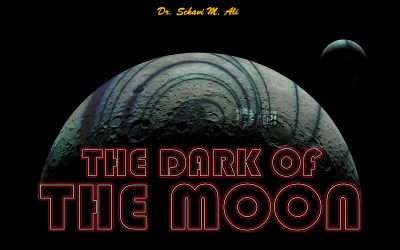 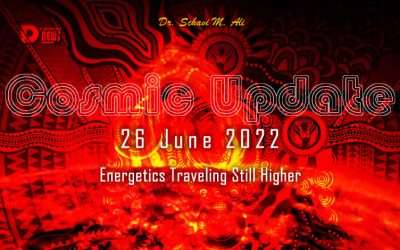 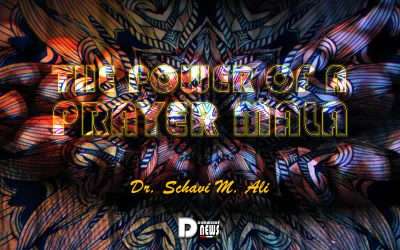 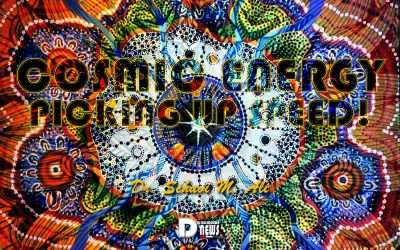 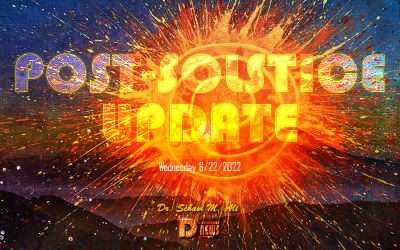 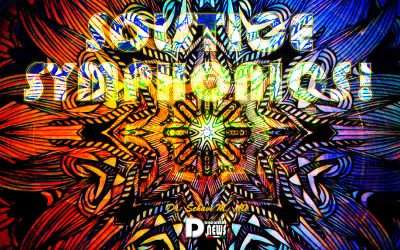 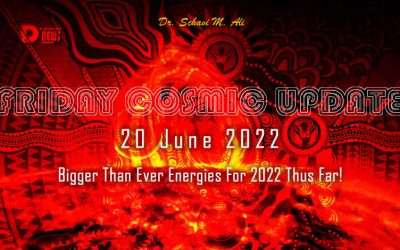 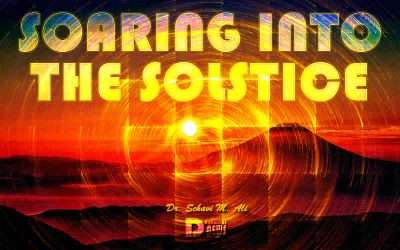 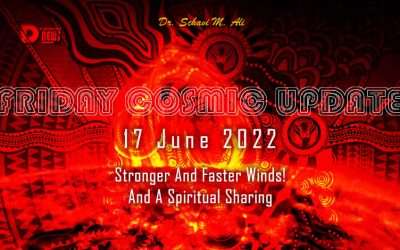