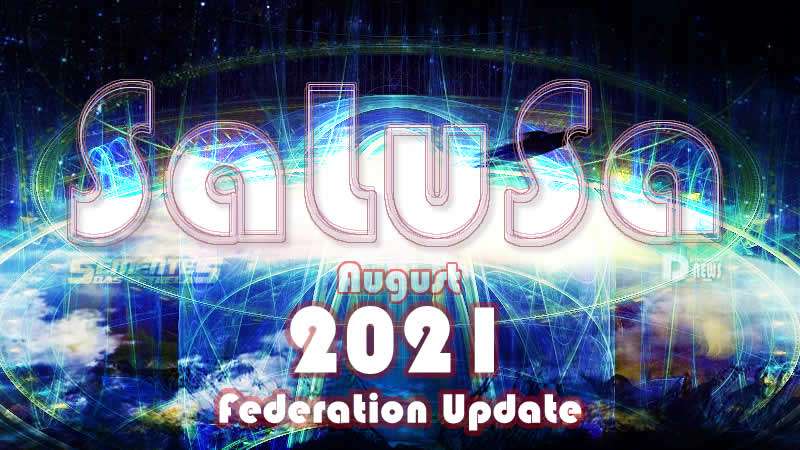 The behind-the-scenes movements are in full swing as major healings continue to take place.

Around the Earth, there are many healing bases in the form of large spaceships, as well as environments called by many of you “Healing Houses” or “Transitional Houses” or even “Spiritual Hospitals”.

These environments have been updated in recent times receiving more Light from the Angelic Realms, which, at this time, are even closer to Earth.

Of course, with everything that’s been going on, we need to accelerate some things behind the scenes, and consequently this acceleration will directly affect the planet’s surface. 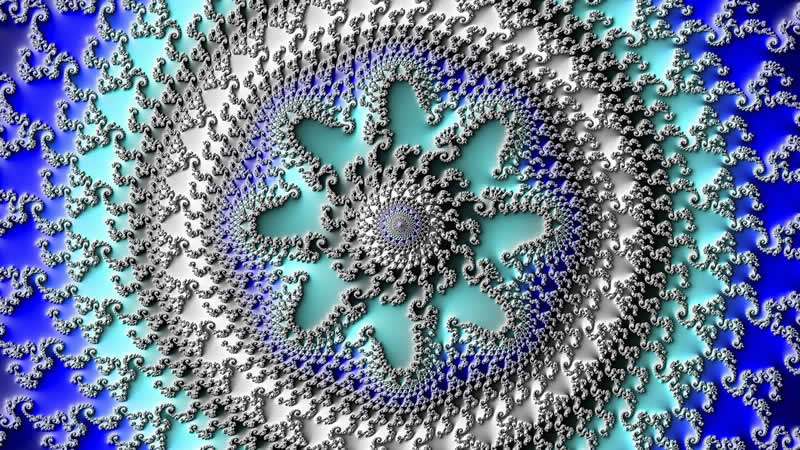 Light From The Angelic Realms

Certainly you need not to worry, as all our steps are calculated and we know how far we can go, in order not to interfere with your free will and to continue with the Divine Plans.

These advances that we will make concern “moving the pieces on the board” and, later on, some of these pieces will also leave the game, as they will have already accomplished, in a way, what needed to be accomplished, or even because they have already gone as far as they could go.

You will see some changes especially in your political milieu as new souls will begin to arrive and the old ones will leave the game.

There will be turmoil, as some of the world’s major pieces will be removed and those that still resist surrendering will be “forced” to abandon the game somehow.

Many of those who have dictated the course of humanity up to the present time are now in a dilemma, as they know that their main outside Earth supporters are “incommunicado” and will certainly not provide any support for their escape.

The Ashtars in their Patrol Ships are active in your skies and preventing such escapes.

Recently, many of you have seen many of the black and triangular ships cut through your skies.

These, for the most part, belong to a non-positive draco group that tries to leave the planet through portals they believe are still open. And, in a way, “they were…”

Lately, a Positive Draco commander called Árguan (See Pleiades 1 Glossary) has created “fake” portals to capture many who are trying to escape the planet.

Certainly, he is extremely competent for the job, as he knows many of the strategies of those who are of his own race.

Arguan has been assisting the Ashtaric Forces in the cleansing and purification process, and many of you have found him aboard one of their beautiful cylindrical silver ships.

So, as you can see, there’s been a lot more activity than you can imagine. 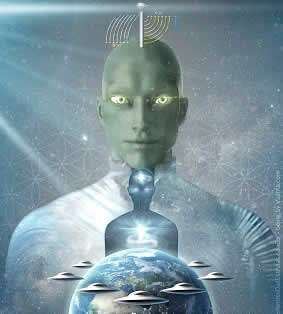 And while all of this is happening, you are receiving energies directly from the Angelic Hosts to expand your discernment, as in recent times there has been misinformation and distorted behavior that has required more the presence of Arguan.

It is true that many of you are wondering now when the situation at the moment will come to a definitive end, and we say that there is more healing on the way than you realize.

The cure you are waiting for is in great production, but know that, initially, it is not for the pharmaceutical industries, but from your great spiritual expansion in progress.

Dear Ones, everything that you have been through today is unlocking much of what has been hidden within you for millennia and now you are having the grand opportunity to be reborn into a new, lighter and more fluid life.

Of course, those who have lost loved ones would also like an answer as to how they are now.

We can be quick to say that they are much better than when they were last seen in the physical environment.

Keep sending your good vibes to them as this is critical to their full recovery.

Many of those who are leaving Earth now are quickly joining the Galactic Fleets, very active in these times, and have given their considerable share of help.

When they left their bodies, many were sad and angry because, on several occasions, they went through situations of negligence and neglect.

And here we are talking in all ways, not just with respect to the virus present today.

We’re talking about the many ways they left the planet on a daily basis.

So, when they arrived here in Nirvana, they found themselves in an environment of complete peace and harmony and were able to understand more deeply the reasons for all that they went through. 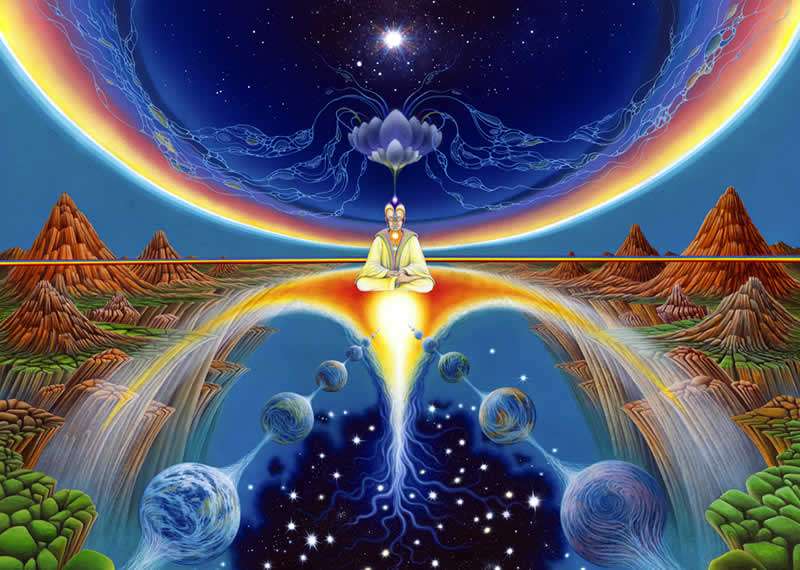 This inspired many of them to desire to more lovingly help the many brothers and sisters who are still in the Physical Plane.

There is a lot that cannot be said for the time being, dear ones, but we are interested in sharing a lot of information with you, and it will be so as soon as we know that this information does not jeopardize your physical integrity.

Just know that everything is being done to advance your ascension and these are direct orders from the Supreme Creator.

There will be an acceleration in many processes and this will also affect how you perceive linear time.

It will go by much faster than ever before and you will be immersed in a lot of things that needs to be finished.

Certainly, you have received messages from many sources warning of the great karmic adjustments going on.

Yes, it’s true, as this was also a common agreement decided to conclude the process as quickly as possible.

Everything, in a way, is becoming more and more clear to you.

Some will not be able to tolerate it when more information comes out through alternative sources about everything that is going on.

And then you come in, as always, informing those who have been called to this point of time to assist in this great transition.

Know, dear ones, that our fleets – which are also yours – are at your disposal. 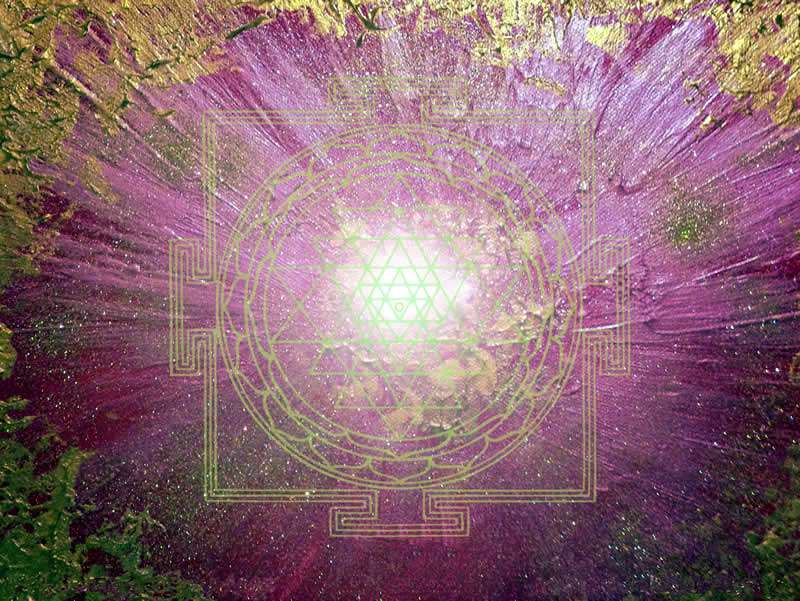 The reason some say they still can’t feel our presence is because they still wait for us in a rational and linear way.

Know that you need to be “disarmed” to truly feel us without the denser layers that often dictate your daily life.

In any case, any conscious or unconscious resistance to our presence will be increasingly dissolved due to the amount of Angelic Light that has descended to Earth.

Generally speaking, it’s a matter of time before the dust settles and you can see who was stirring and hitting the “Panic” button.

Keep calm while everything seems to be out of place, as no one will stop your Quantum Leap.

You keep walking towards your ascension and as chaotic as things seem now, keep in mind that everything is under control, and more: as we’ve been talking for some time, the key to resolving the current situation is “in the hands” of the Sacred Feminine.

The Goddess has been present and active on Earth in recent times far more than ever before and all of you are also being called to this connection.

I am SaLuSa from Sirius and, happy with this further opportunity to convey this message, I continue to emphasize that we in the Galactic Federation are more active now than ever before.

Rest assured that your prayers have been answered and you do not lose out by waiting.

What is coming to you is bigger than the best utopia you can imagine.

I leave our Love and Blessings with pure and true wishes from all of us who make up the Galactic Federation, now even more visible in your skies.

While the behind-the-scenes activities continue in full swing, your inner world is also in full swing. This is inevitable when you are in an ascension process where all external change depends on your internal transformation. This happened for many, even though it has not been as evident – ​​at least, for the time being – in the way you believe to be ideal. 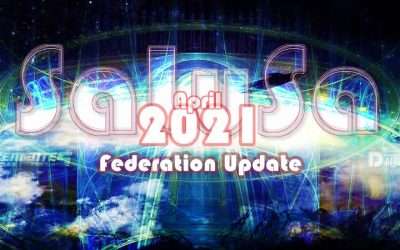 Federation Update: Behind the scenes activity and government unrest, and more! Behind-the-scenes movements continue in full swing, as major healings continue to take place. Around the Earth, there are many healing bases in the form of large spaceships, as well as in environments called by many of you “Houses of Healing” or “Transitional Houses” or “Spiritual Hospitals”. 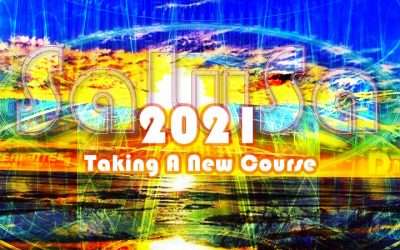 While all the excitement about what the new year has in store for you continues, we keep sending signals of our presence in your skies. Recently, we made exhibitions to welcome your entries in the New Era and we took the opportunity to make it even more clear that we are present giving our share of continuous help in what we have to do. 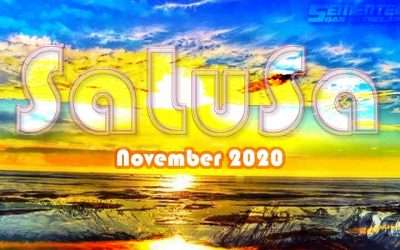 SaLuSa November 2020 – The Next Three Months

A call to division continues to be made by the Negative Forces in their last breaths, as they try to set the surface population in conflict, one against the other, inciting polarization in every possible way. It is clear that this plan will not have the expected effect, as we have been emphasizing for a long time, there is more Light on Earth now than ever before. 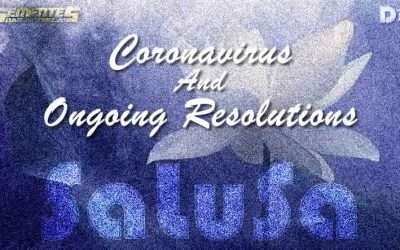 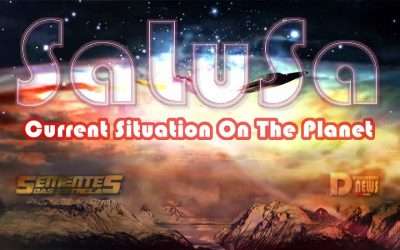 Situation On The Planet – SaLuSa

The Star Seeds on Earth are realizing that, in these times, they have been strongly requested to be sources of inspiration and security for so many other souls. These are lost in front of more personal emotional issues, as well as in the climate of tension in which the planet lives in the midst of the current viral situation.