Essences Of The Higher Realms Are Sensed

Essences Of The Higher Realms Are Sensed​. By Interstellar.

Below the Gaia Portal March 12 2020 message with our free interpretation in rough English.

Essences Of The Higher Realms Are Sensed

This phase, which is becoming increasingly critical for the Planetary Liberation, is awakening an increasing number of people. An indicator could be the interest aroused by the Schumann Resonance, a ‘tangible’ datum that is slowly piercing the Matrix pushing many to ask questions and inspect their interior rather than looking for answers in the 3D Matrix. This surely leads many to perceive the existence of something else that surpasses the physicality. Not everyone is ‘trained’ in this new way of being, to admit that true being is not flesh and blood.

In the previous sentence we used the example of Schumann Resonance, but there are many situations that allow us to glimpse the existence of something superior, elevated. In this sentence Gaia Portal seems to want to communicate that there are many aspects of this ‘something’, more or less anchored to the physicality.

For those still anchored to the ‘material’ aspect, QAnon is certainly a relevant part of these scenarios, even for them, time will come when they will be able to live beyond the small enclosure in which they are ‘freely’ locked up. We are probably reaching a crucial point, the closing of the circle, and the surprises, even huge and shocking, will be readily available for everyone. Better to specify that the surprises will not be about those who will be arrested and who will be exposed as a minion of the Dark Forces, there will be things of much stronger scope, which will profoundly affect any kind of belief systems. Many [many] will feel the ground missing under their feet.

Light BEings Call For The Awakening Of All

Referring to the previous sentence, everyone’s contribution is needed to reach a higher existential level. This is a concept that is crystal clear to the Cabal while it is still ‘murky’ for many ‘awakened’, even though almost everyone is ready to wave the Unity flag.

While the Archontic System is collapsing before our eyes, and tries in every way to push divisions and mistrust, including also the attack on any human relationship with this new Covid, the much hoped Unity still remains a visible thing only in the distance. The Lightworkers, but also the Anons, seem to prefer factions, groups of fans hanging from the words of this or that holder of the truth, without understanding that time has changed. Awakening means also ‘think for yourself’ not on command, out of habit, comfort or even a belief system, this is what the Light BEings ask for, emancipate from mental slavery, everybody.

Martensings Fail To Halt The Progress

This sentence probably speaks of Marten, or maybe Weasel, and we could interpret it as the act of trying to escape, to contaminate or to misinform the progress brought about by the Great Awakening, but also the turnarounds. I bet that each of the four readers of this text will immediately have in mind a name, a site, an author etc. Cunning, Gaia Portal seems to tell us, no longer works. However, it could also refer to panic and fear of this Covid thing, but even this hype will be in vain.

Essences Of The Higher Realms Are Realized

As often happens, the last sentence summarizes the previous ones; The awareness of who really is the human being who lives on Gaia is wedging even in the most hardened hearts, and from here to the Soul and to the Galactic Family. It is the awakening of the Soul of those who possess it (this is the meaning of ‘all’, not all physical bodies on the Planet, but those who have a soul, which are not 7 billion). 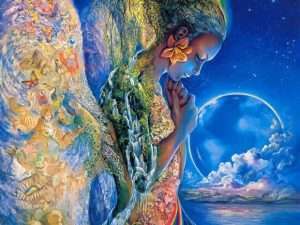 Jubilations Of The Planet – Gaia Portal

Formidables Are No More – Gaia Portal