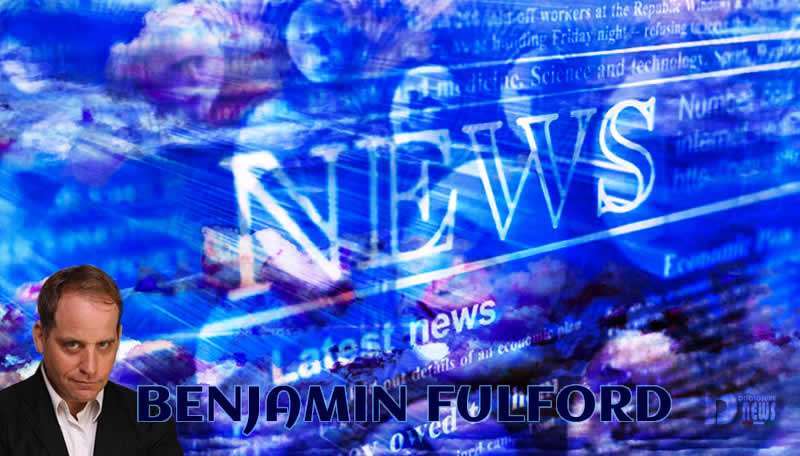 The meltdown of the Zionist control grid is now public, as even the corporate mainstream propaganda media is reporting the attacks last week on tankers near Oman as “false flag.”

The situation has reached the point that former U.S. colonies like Germany and Japan are openly and publicly defying the U.S. President and Secretary of State on this issue. 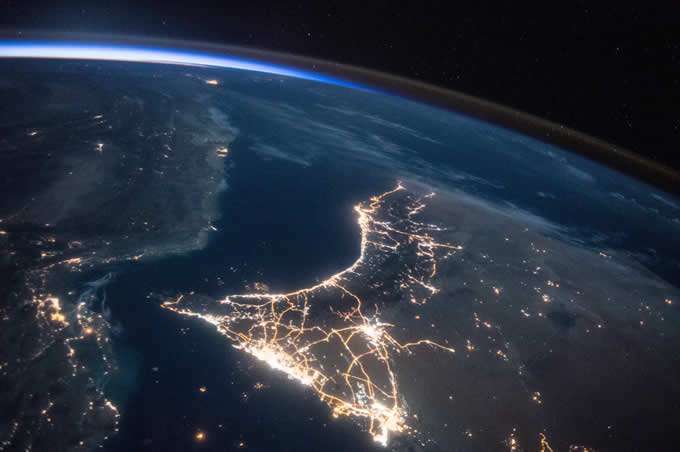 This surreal turn of events is comparable to the fall of Communism and the Soviet Union.

In this case, we are witnessing the fall of the U.S. corporate government and (possibly) the rebirth of the Republic of the United States of America.

In fact, we may even be witnessing the fall from power of the secret family groupings hiding behind monotheism.

The 13 bloodlines who have controlled monotheism are, in fact, negotiating a new system for running the planet, according to European royals and members of the White Dragon Society (WDS).

If these negotiations succeed, it will be the biggest event in thousands of years of human history.

If they fail, there will be chaos and bloodshed, especially among the elite, anti-bloodline Gnostic Illuminati, sources say. 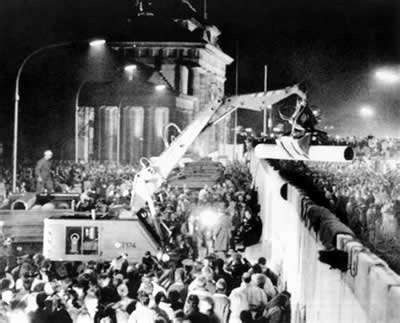 Even if this sounds exaggerated, events in the actual real world do show a fundamental change.

Let’s start with the failure of the false flag attack of the coast of Oman. U.S. naval intelligence and CIA sources followed the money to see who benefits from this attack.

The trail led to the Rothschild-owned Glencore commodities company in Switzerland, which had positioned itself to profit from a spike in oil futures prices immediately before this attack took place, the sources say.

Unfortunately, the oil futures price spike turned out to be merely a dead cat bounce and the Rothschilds failed to profit as expected.

That’s because the markets, and the world, have had enough of the Zionists crying Iranian wolf, they say.

What’s interesting about this latest provocation is how even a former U.S. colony like Japan is no longer going along with the Zionist playbook.

To quote from corporate news reports, “Even if it’s the United States that makes the assertion, we cannot simply say we believe it,” said a source close to Japanese Prime Minister Shinzo Abe.

If having expertise sophisticated enough to conduct the attack could be a reason to conclude that the attacker was Iran, “That would apply to the United States and Israel as well,” said a source at the Foreign Ministry.

As far back as I can remember, this sort of public Japanese rebuke of a sitting U.S. administration has never happened even once since Japan lost World War II.

The attack in Oman came as Abe was in Iran trying to get Iranian agreement for a new financial system, Japanese military intelligence sources say.

The Iranians were supportive, but not if Zionists like Trump and his Rothschild stooges were involved, the sources say.

“I do not see Trump as worthy of any message exchange,” Iranian Supreme Leader Ali Khamenei told Abe.

“The botched false flag to blame Iran has only weakened the Zionists, and may lead to the firing of [National Security Adviser John] Bolton and sincere efforts for a summit with Khamenei,” Pentagon sources said.

However, Iran and other countries are taking a hard line because it’s clear the U.S. is losing the trade war with China big time.

Here’s the bottom line: ships are going from China to the U.S. full of real stuff and then returning empty.

Even if China wanted to buy stuff from the U.S., it’s too expensive and there’s not enough of it. 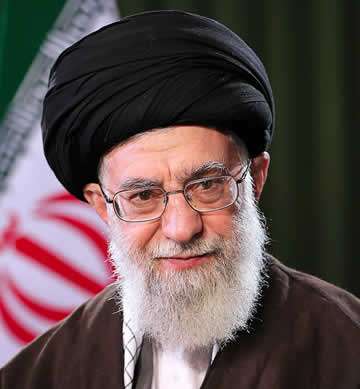 In other words, the Chinese would just be losing a customer who cannot pay his bills. It’s a no-brainer as to who will win.

Public statements last week by the respective commerce ministers of both countries show this power imbalance.

Here was the response: “China’s attitude is very clear. The United States must change its attitude, show sincerity, and correct its wrong practices if it wants the talks to continue,” Ministry of Commerce spokesperson Gao Feng told a press conference.

So now Trump has asked for a meeting with Vladimir Putin at the G-20 meeting in Japan on June 28–29, in the hopes of getting Russian help in dealing with China.

However, Trump has been threatening Germany with troop cuts and other sanctions if they buy gas from Russia instead of (at a much higher price) from the U.S. This was “nothing other than blackmail and a form of unfair competition,” according to Kremlin spokesman Dmitry Peskov.

The fact is that the Trump regime is now threatening or carrying out sanctions on Russia, Iran, India, Turkey, China, North Korea, Germany, Venezuela, Japan, etc.

What these “sanctions” really boil down to is a hollow threat to “buy our stuff or else.”

With so many countries not obeying, the schoolyard bully is quickly becoming isolated.

However, this does not mean the U.S. military-industrial financial complex is powerless.

The Oman attack did serve as a discrete reminder that the U.S. military still has the technical ability to choke off vital world trade routes like the Hormuz or Malacca Straits.

Also, the Anglo/Dutch/American nexus still controls much of the world’s oil, especially in the Middle East.

They are negotiating behind the scenes with other oil powers like Russia and France to create a more stable Middle East and bring Iran back to the negotiating table.

Already, the Pentagon sources say, “Lebanon is now a multilateral protectorate of not just Russia, France, and Italy, but the UK is hoping to drill for gas there with British Petroleum.” The U.S. military-industrial complex also still has a huge military advantage over all other countries.

“United Technologies buying Raytheon should give pause to Boeing and Lockheed and foster more competition and innovation for the military-industrial complex,” the Pentagon sources say.

The Asians remain willing and able to finance the U.S. military to guard their independence, multiple Asian sources concur.

The rest of the world also does not want to replace Zionist hegemony with Chinese totalitarianism.

That means that in the end, despite the posturing, the world will make sure the U.S. and China reach a win-win conclusion.

The Zionists, meanwhile, are waving their Stuxnet card around like crazy in an effort to keep from imploding.

They staged a blackout last week all over Argentina as that country prepares to remove Zionist stooge President Mauricio Macri.

However, Stuxnet may be the Zionists’ last card, as they lose their grip over the media and the financial system. (They have already lost control of the military.)

The latest development in their media meltdown was the revelation that “A fake Iranian activist (he doesn’t exist) published 61 articles in Forbes Magazine (my former employer).”

Although I did not read these 61 articles, it’s a safe bet that they were anti-Iranian fearmongering propaganda.

The chart below shows how the fearmongering corporate media constantly harps on about murder, terrorism, and suicide, even as people tune out because none of these issues are even close to being the biggest threats we face. 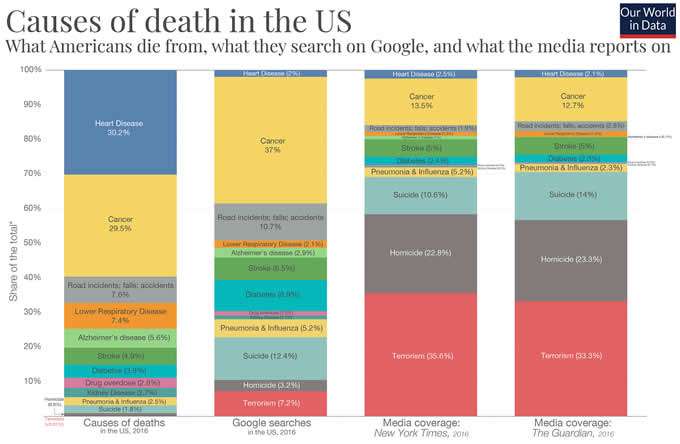 Causes of Death in the US (click to enlarge)

The age-old bloodline tactic of divide-and-conquer fearmongering is no longer working.

The attempts by the ruling elite families to keep power by murdering people are also failing.

The Justice Department responded to these attempts with the June 11th announcement of the arrest of 1,700 suspected child predators.

The Zionists are also about to lose financial control.

Pentagon sources say “a Deutsche Bank implosion should lead to the collapse of fiat currency and the launch of the Quantum Financial System (QFS).”

The people behind the QFS are negotiating now with the White Dragon Society for the creation of a future planning agency and the start of a massive campaign to “save the planet,” WDS and British royal family sources say.

However, no announcement is likely before the autumn, the sources say.

This is because changing the world without a world war takes time.

In the meantime, we shall see if the U.S. corporate government finally goes bankrupt over the summer.

This will be seen in public as another U.S. government shutdown.

However, this time it may lead, as many U.S. patriots hope, to a formal announcement of the rebirth of the Republic of the United States of America on the 4th of July this year.

Maybe by then Trump will reveal whether he is a Trojan horse for the patriots, as many still hope, or for the Zionists, as his own public words and actions seem to show.