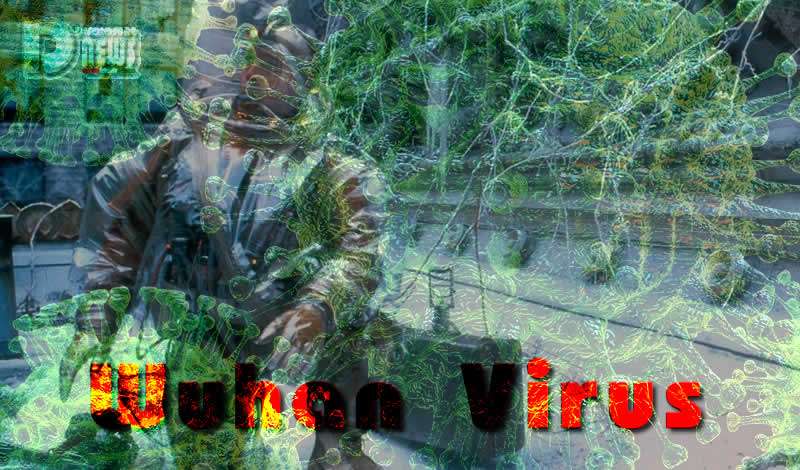 Wuhan Virus . “The only science worth considering is that in which ‘morally good things’ refer to the increase of the ‘well-being of conscious creatures’, supported by empirical facts about what causes people to feel good and prosper.” (The Moral Landscape: How Science Can Determine Human Values, Sam Harris, 2010).

Scientists are sometimes considered advocates of immoral and unacceptable behavior. And, we would add, sometimes even unnecessary.

It sometimes happens their studies to be cruel and inhuman and able to create monsters and slowly bring the planet and its living beings on the brink of catastrophe and many examples are there for all to see: Chernobyl, Fukushima, GMOs, animal cloning, animal experiments. Should we then stop science or encourage researchers to do their job without any brakes?

Does the scientist need to have moral scruples in his progress towards the so-called improvement of the life of human beings? Is it lawful to pursue Pure Science where research is aimed only at increasing Knowledge?

They are all part of the research laboratories of some US universities. The two Chinese scientists who, after years in the main laboratories of the United States, now work in the virology laboratory in Wuhan, China.

The study describes the creation of a new virus obtained by combining the coronavirus discovered in a particular species of Chinese bat with another that causes Sars in mice.

Scientists studied a virus found in Chinese horseshoe bats and created a SHC014-CoV chimeric virus consisting of a surface protein of SHC014 and the backbone of a SARS virus that had been adapted to grow in mice and imitate human diseases. 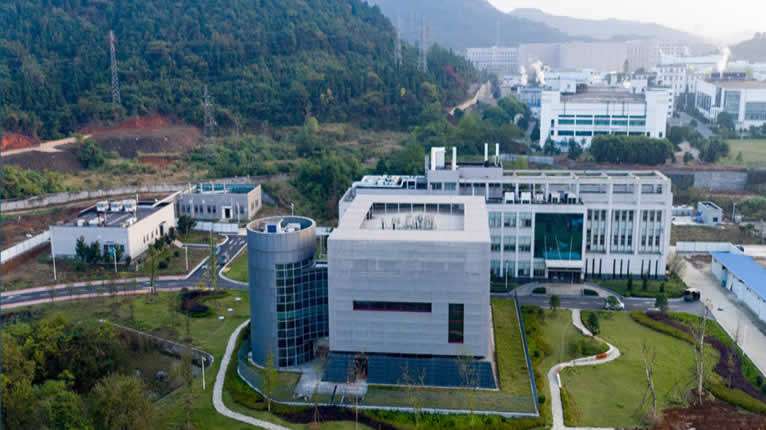 The chimera infected human airway cells, showing that the surface protein of SHC014 has the structure necessary to bind to a key receptor on cells and infect them. It also caused disease in mice, but did not kill them.

Although almost all coronaviruses isolated from bats have not been able to bind to the key human receptor, SHC014 is not the first to be able to do so.

Simon Wain-Hobson, a virologist at the Pasteur Institute in Paris pointed out that researchers have created a new virus that “grows remarkably” in human cells.

“If the virus had escaped, nobody could have predicted the trajectory,” he says. He also adds that he does not approve the study because it provides few benefits, reveals little about the risk that bat SHC014-CoV virus poses to humans and one should seriously ask whether the information we can derive from similar studies is worth the risk they potentially carry with them.”

Even more clear is the opinion of Professor Richard Ebright, molecular biologist and bio-defense expert at Rutgers University, New Jersey:

“The only concrete impact we get from this work is the creation, in the laboratory, of a new unnatural risk.”

It is precisely that definition – “non-natural” – that is the point.

In the US political debate, the Arkansas Republican Senator, Tom Cotton, officially asked that the US government obtain from the Chinese government the certification of the nature of the coronavirus as a NON-BIO WEAPON.

In Wuhan, the epicenter of the crisis, there is the headquarters of the famous maximum safety laboratory – classified P4, the only one of its kind in China – where the most dangerous pathogens in the world are studied.

A Virus Closed In Laboratories?

The TG3 Leonardo report, dedicated to science, dated 16 November 2015, talked about a research conducted by the Chinese to create a pulmonary supervirus from bats and mice.

The motivations of the Chinese scientists are: “It is only for study purposes“, the so-called pure science. But these are studies that worry a lot.

Chinese researchers grafted a protein taken from bats and planted on Sars virus, the acute pneumonia, derived from mice. The result is a supervirus that could affect humans.

“The virus remains closed in the laboratories. But is it worth taking the risk, creating such a big threat just to be able to examine it?” reporter says in the service. 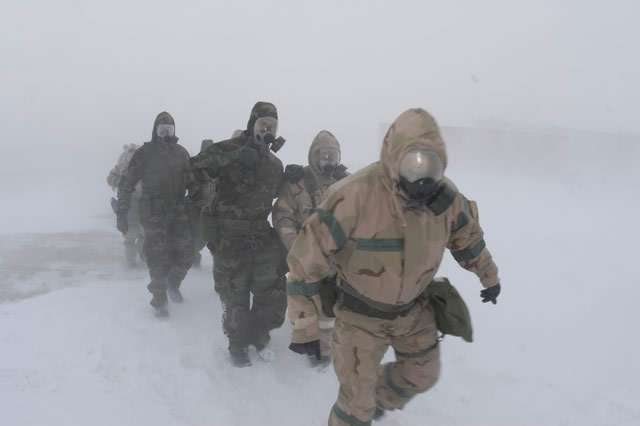 A chimera, a non-fatal modified organism in mice. It was suspected that the protein could make the engineered hybrid suitable for affecting humans, and the experiment confirmed it.

The molecule, called SHCO14 allows the coronavirus to attach itself to our respiratory cells, triggering the syndrome.

The US government had suspended funding for research that aimed to make the viruses more contagious but the moratorium had not stopped the Chinese from working on SARS which was already well advanced and considered not so dangerous.

But what is the assessment between risk and benefit? It’s difficult to say. We only know for sure that tens of thousands of people around the world are dying and the resolution of this story still seems very far away. 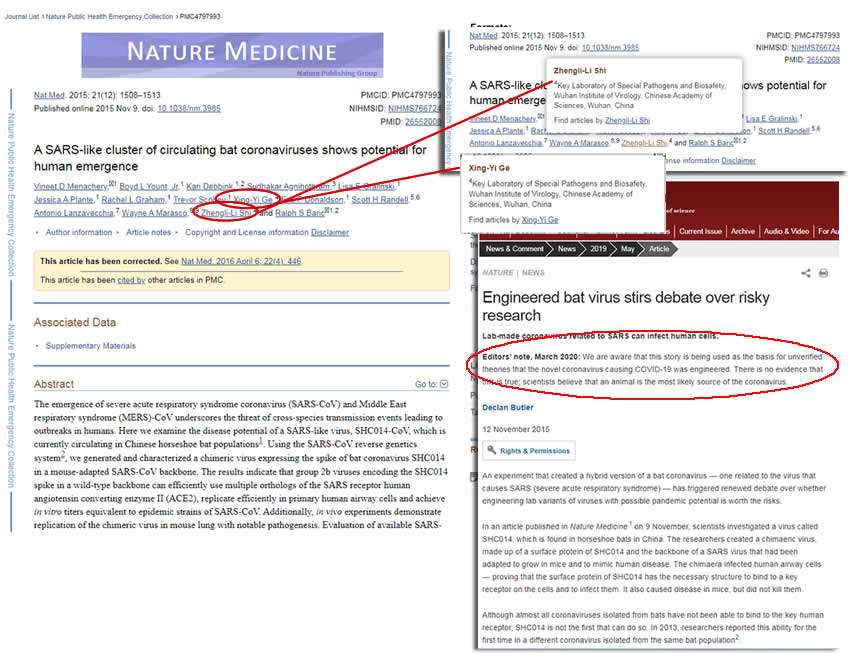 We understand that this story is being used as the basis for unverified theories that the new coronavirus that causes COVID-19 was designed. There is no evidence that this is true; scientists believe that an animal is the most likely source of coronavirus. 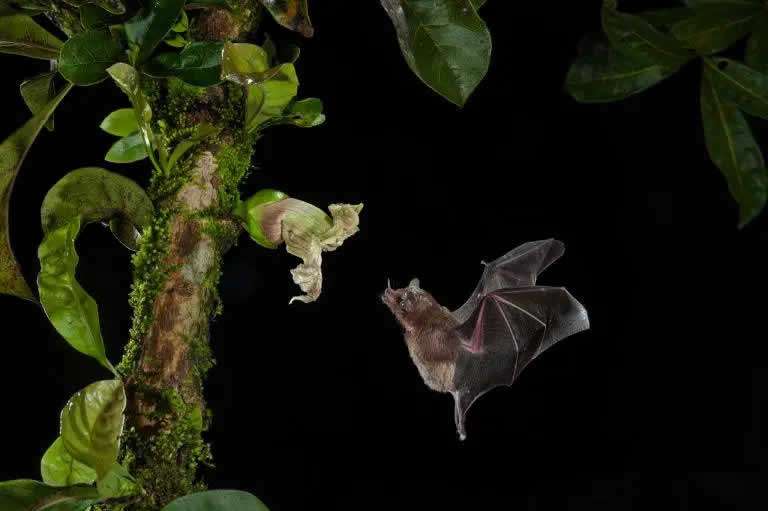 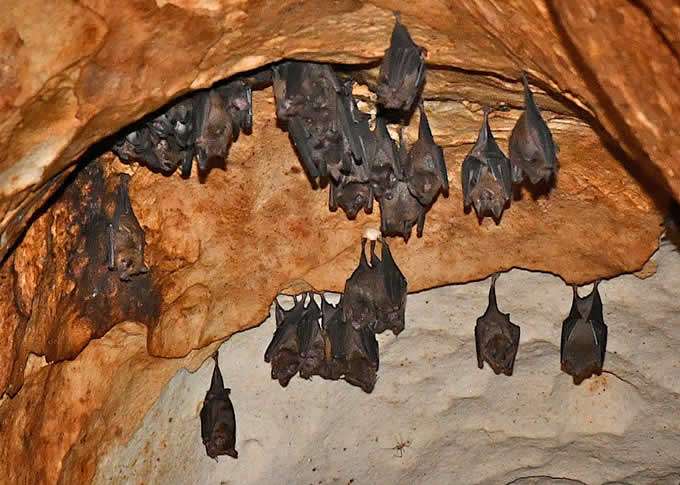 The study and conservation of bats are of great importance because their role in natural balances is irreplaceable, from the dispersion of tree seeds to the pollination of hundreds of tropical plants. In some cases, the relationships between bats and the plants they feed on are so close that the extinction of the former would lead to the extinction of the latter.

In addition, insectivorous bats are the main predators of nocturnal insects and act as important demographic control factors for these preys. It is inhuman to make them become the target of persecution on the basis of “suspicions” which could lead to serious ecological consequences.

The Bat Conservation Association strongly questions the accusations against bats:

“With bats we have a long history of cohabitation, in caves and huts. Millions of men from Africa, Asia, the Pacific islands and the Indian Ocean spend hours in bat-inhabited caves to collect guano; thousands of speleologists explore caves all over the world … all without running into outbreaks of diseases.“

For the MERS epidemic, which broke out in 2012 in the Middle East, bats were accused, when instead the dromedaries were at the origin of the infection. The same doubts come up regarding Ebola.