Trump Lashes Out In All Directions As World Tension Escalates To Dangerous Levels. By Ben Fulford.

World tensions are reaching a dangerous boiling point as an increasingly isolated U.S. President Donald Trump lashes out in all directions.

It looks like Trump is trying to rally U.S. military support for war against Denmark and Mexico in an attempt to seize resources to finance the U.S. corporate government, multiple sources agree.

A major financial sabotage campaign is also underway against China, highlighted by the U.S. dollar bond default of a company with revenue of the satanic number of $66.6 billion.

Meanwhile, Trump backers are lashing out against the British royal family.

Remember, Trump has already labeled the EU “a foe.”

All of this activity is related to the fact that, despite stealing the Japanese people’s pension money, the U.S. corporation still does not have a clear path to meeting its January 31, 2020 payment deadline.

It is interesting to note in this context that Brexit is now scheduled for January 31, 2020. 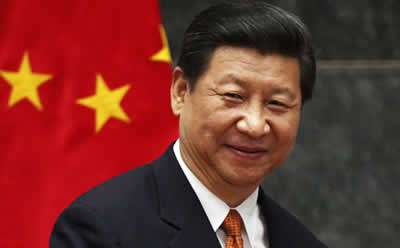 Let’s start by looking at the situation with Mexico.

The U.S. has now deployed three aircraft carrier groups around that country as “the U.S. military prepares to attack Mexican drug cartels, who may be armed and trained by Mossad,” Pentagon sources say. gonavy.jp

While we can independently confirm that some of the drug cartel fighters have indeed been trained by Mossad, we also know that this war on Mexico is really about stealing Mexican oil, silver, and other resources to finance the U.S. corporation.

That’s why the Mexican military has publicly come out in support of President Andres Manuel Lopez Obrador (Amlo). News Yahoo

Russia has also deployed nuclear-armed submarines around the U.S. coastline, and Russian President Vladimir Putin publicly declared earlier this year that his country is ready for another Cuban missile crisis. Reuters

What this means is that Trump is going to have to back down, because the U.S. military is not going to start a nuclear war to steal resources to support a foreign-owned UNITED STATES CORPORATION.

Next let us look at Denmark. Here, Lars Findsen, head of the Danish Defence Intelligence Service, said Greenland was now a top security issue for Denmark because a “power game is unfolding” between the U.S. and other global powers in the Arctic.

Trump cancelled an August state visit to Denmark and called their Prime Minister Mette Frederiksen “nasty” after she refused to sell Greenland to the U.S. BBC

These events follow the installation of a Nazi government in Brazil and a seizure of lithium resources in Bolivia by U.S. Special Forces. Clearly the Trump administration is trying to turn the American continent into a fortress. Unfortunately, Canada (the British Empire), Denmark (the EU), and Mexico (supported by Russia and the Vatican) stand in his way.

Now let us turn to the economic attack against China, where CIA sources in Asia promise, “China’s economy and financial system will most likely implode within two months. The party will try to contain it for as long as possible.“

The sources further explain: “The government cannot sustain the debt of over 40 trillion dollars they have created. Some experts say the debt is closer to $ 50 trillion… all computer-generated unlimited credit.

Much of it has been used to build massive infrastructure projects, including many empty cities with empty shopping centers.

Five banks failed in three months and the government had to intervene and take over. An estimated 500 banks in China are in serious trouble and are expected to collapse, according to Chinese banking regulators. That’s about 15% of Chinese financial institutions.“

This can be linked to the following article on the Tewoo Group’s $ 66.6 billion payment default on a $ 500 billion bond.

It is also possible that the Chinese have chosen this company and number to threaten to sabotage the Western financial system by renouncing all Chinese dollar credits. ZeroHedge

According to CIA sources, “The situation in Hong Kong has been planned in detail for a long time. It is funded from above. Putin, Xi and Trump knew before, which meant they would not stop it. This incident was created as a smoke screen to keep the “people” busy. There is a lot more behind it and it will be exposed.

At the same time, a very large bank in NY will close its doors. The least problem facing the bank is the more than 22,000 employees in New York who will not be working.

The bigger problem is that it causes the domino effect, since this bank is closely linked to Deutsche Bank, which means that the EU is a serious crisis, as the DB will also close its doors.“

The number of 22,000 employees indicates that they most likely refer to JPMorgan. The problems at JPMorgan may be linked to the news that Aramco’s Saudi IPO was “oversubscribed” by Saudis at $ 44 billion, but has not masked its epic failure of foreign boycotts, as even Kuwait and the United Arab Emirates are reluctant to invest.

The fall of JPMorgan Chase and his petrodollar would naturally mean the fall of the Rockefeller and Bush dynasties.

This may be one of the reasons why our usual Pentagon source implies that a serious fighting is underway to alienate the Western military from the British Royal family.

In addition, the attack on the British Royal family could be linked to the agreements they signed with Russia, China, Iran and others in order to escape US control on the international financial system.

The latest developments in this area are that the UK has integrated Russian payment systems into its banking network and six other European countries have agreed to evade US sanctions against Iran. pymnts.com theguardian.com

Here’s what our Pro Trump Pentagon sources had to say about the British Royals:

“The knife attack on the London Bridge appears to be a failed distraction, for the anti-Andrew hostility, among the great brass of the British military, the US military, NATO, the EU, France and Germany, possibly forcing the Queen to take off this Pedo not only the royal title but also the military ones.“

The source goes on to say, “The pitchforks are out, and the monarchy is no longer reproachful, since Prince Charles has been supplied by Pedro Jimmy Saville for decades, as well as his brother Randy Andy bby the trafficker pedophile and blackmailer Epstein.“

That is why “The British military scolds Andrew for scattering his royal stardust on the Epstein Pedo blackmail operation for the benefit of Israel,” the source concludes.

Our own British sources confirm that Charles is generally considered toxic and say that there is strong pressure for Prince Harry, whose father is not Charles, to inherit the Queen’s throne.

This would mean that the first King Harold since 1066 no longer came from the blood of William the Conqueror.

Regardless of what happens to the British kings, there are growing signs that the old order in the West is collapsing:

– French President Emmanuel Macron has become public and has said that the enemies of NATO are not Russia or China.

– NATO member Turkey has refused to allow NATO defense plans for the Baltic States against Russia.

– Former US ally Pakistan ignores pressure from the US and builds a pipeline that allows Iran to export its oil over land.

These changes coincide with a more secret campaign against the Satanists.

In particular, Pope Francis has investigated the involvement of former Jesuit leader Peter Hans Kolvenbach in the attack on Fukushima in Japan, according to P2 Freemason sources.

He has had new evidence of his involvement in the visit to Japan by Francis in the past week, according to the sources.

Japanese right-wing sources close to the Emperor say that former Japanese Prime Minister Yasuhiro Nakasone had died in Guantanamo Bay after being questioned about his involvement in the attack on Fukushima.

The nuclear weapon used in the attack was stored on its property in Hinodecho prior to the attack.

Japanese newspapers announced his death the day after Pope Francis left Japan, but none of the reports listed the cause of death as would normally be the case. He was 101 years old.

We also try to confirm reports from the same right-wing sources that former Prime Minister Junichiro Koizumi was replaced by a double one after his visit to Guantánamo.

These steps by Francis may be the reason why the Satanist Leo Zagami has recently attacked him.

Zagami is involved in the Fukushima attack and is probably worried that the investigation trail is on its way after Nakasone and Netanyahu have confessed.

A European king told us last week, “I looked at the subject of Satanism and found solid evidence of its existence, and unfortunately many were instilled at perhaps the highest levels of the international establishment.” The solution to the problem requires “extraction on an industrial scale from the cult.”

The source hopes that by labeling these people as “brainwashed and therefore with less responsibility, if at all,” it would be possible to deal with most of them through a process of peace and reconciliation.

A Jesuit source in Tokyo also told us that an elderly Jesuit showed Pope Francis a papyrus scroll with the following message: “Satan has returned to the original creation and received absolution. Thank you for letting the candle burn for so long.”

The picture on the scroll from the Egyptian Book of the Dead showed a verdict of innocence. It can be viewed at this link:

In any case, the visit of Francis has given new impetus to the negotiations with the Russians, the P2 Freemasons, the European kings, the Asian secret societies, the Pentagon and others to create a meritocratic planning agency for the future, royal European sources confirm.