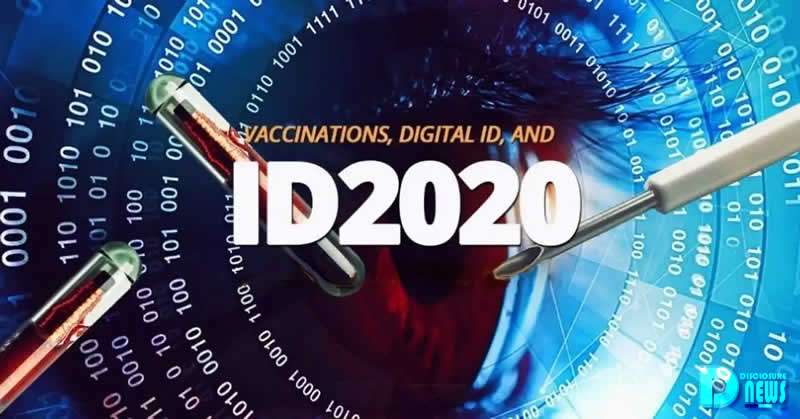 Coincidentally (or not), NWO Model China passed a law on June 29th 2019 that rolled out a national mandatory vaccination program.

Coincidentally (or not), the law went into effect on December 1st 2019, just weeks before the coronavirus epidemic became a worldwide news story.

The coronavirus epidemic has provided a good excuse for thirsty governments round the world to introduce one of their favorite NWO agendas – mandatory vaccination.

​The reason why this agenda is particularly so well liked is that it allows authorities access to the human body – and not just the citizen’s body, but direct access to his or her bloodstream too.

Truthfully, we have absolutely no idea what is in that needle when it gets injected, so all sorts of things could be implanted in our bodies without our knowledge or consent.

On June 29, 2019, the National People’s Congress Standing Committee of the People’s Republic of China (PRC or China) adopted the PRC Law on Vaccine Administration (Vaccine Law). 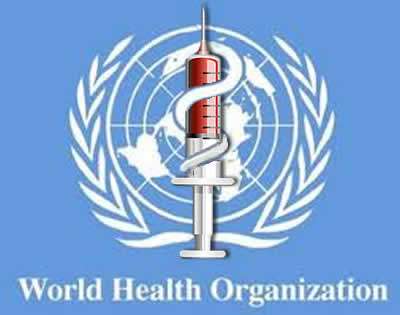 The Law mandates the launching of a national vaccine electronic tracking platform that integrates tracking information throughout the whole process of vaccine production, distribution, and use to ensure all vaccine products can be tracked and verified.

According to the Law, China is to implement a state immunization program, and residents living within the territory of China are legally obligated to be vaccinated with immunization program vaccines, which are provided by the government free of charge.

Local governments and parents or other guardians of children must ensure that children be vaccinated with the immunization program vaccines … The Law took effect on December 1, 2019. 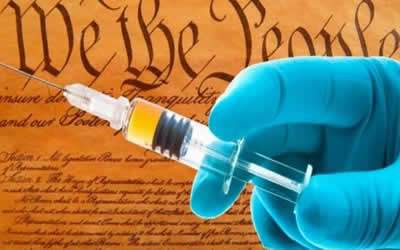 I also have to wonder about the implications when we have so-called experts like Ralph Baric who are pointing out that this coronavirus epidemic may include asymptomatic carriers (as in the story of a 10-year-old Chinese boy who had no symptoms but allegedly tested positive).

This may be helpful information, but it also adds fuel to the mandatory vaccine fire so to speak, because then the authorities claim that they have to vaccinate everyone to protect society due to all these possible hidden asymptomatic carriers that could pop up & infect everyone.

By extension, mandatory vaccination may also include DNA vaccines and microchipping.

NWO point-man Gates has been heavily pushing GMOs and vaccines for years; he was part of Event 201 that simulated coronavirus epidemic before it happened; he “didn’t have any business relationship or friendship with” Jeffrey Epstein; so now we have to ask how else this sold-out NWO frontman is benefiting from the virus.

Turns out the answer may be found in yet another globalist project Gates has been promoting: ID2020. 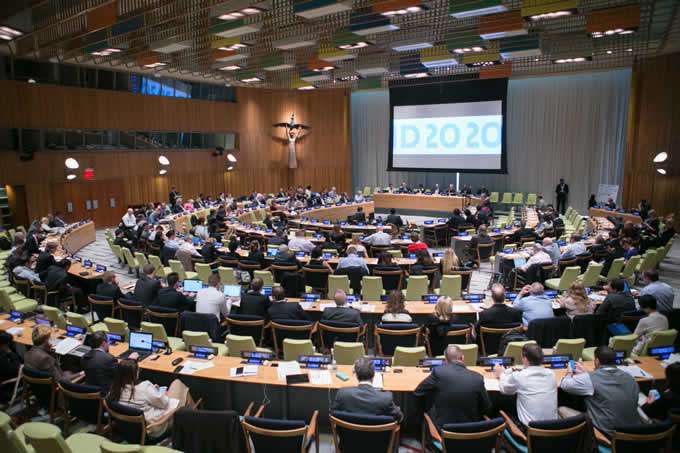 This is the human microchipping agenda, repackaged. It sells itself as “a trusted and reliable way” to fulfill a “fundamental and universal human right” – safeguarding your identity both online and in the physical world.

Amazing that it’s claimed putting tracking devices in the homeless is going to “empower” them.

It seems these kinds of statements are intended to be outrageous as to throw it in our faces. Classic Orwellian inversion – things mean absolutely opposite of what they are called. 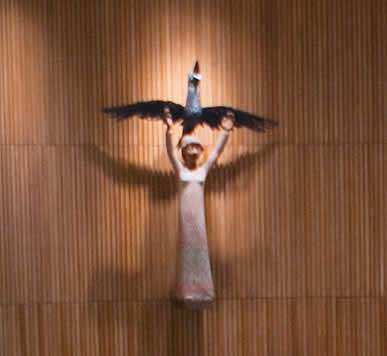 Similar to how cattle are marked with ear tags, this globalist alliance wants all humans to be “vaccinated” with digital tracking chips that will create a seamless monitoring system for the New World Order to manage the populations of the world with ease.

The ID2020 Alliance, as it’s being called, is a digital identity program that aims to “leverage immunization” as a means of inserting tiny microchips into people’s bodies. 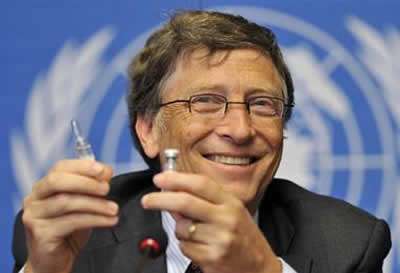 ​Gates is such a little bitch. Classic NWO Dweeb. Reminds me of Dexter from Dexter’s laboratory.

In collaboration with the Global Alliance for Vaccines and Immunizations, also known as GAVI, the government of Bangladesh and various other “partners in government, academia, and humanitarian relief,” the ID2020 Alliance … wants all humans to be “vaccinated”.

While the ID2020 program’s testing grounds are primarily in the Third World, the group says it’s also now working with governments here in the United States to start microchipping people through vaccination.

In Austin, Texas, for example, the homeless population is now being exploited as a collective guinea pig for ID2020’s microchip vaccination program, which will help to “empower” homeless people by supposedly giving them “control” over their personal identity data.

The City of Austin, ID2020, and several other partners are working together with homeless people and the service providers who engage with them to develop a blockchain-enabled digital identity platform called MyPass to empower homeless people with their own identity data.

ID 2020 is also jabbing refugees with its microchip vaccinations through two inaugural pilot programs known as iRespond and Everest.

Quite a few of the speakers at the Event 201 simulation (hosted by the Johns Hopkins Center in partnership with World Economic Forum [WEF] and the Bill and Melinda Gates Foundation) spoke of the need for the centralized control of information during a pandemic, including one speaker Lavan Thiru (described as a Monetary Authority of Singapore) who mentioned “a step up from the part of the government on enforcement actions against fake news.“

There were some who said Big Tech is a no longer a platform but a broadcaster and must be made to combat fake news. Another speaker in typical fashion demonized conspiracy theories.

Here is a quote directly from the simulation/make-believe event (which came true 6 weeks later): “Disinformation and misinformation are wreaking havoc … pharmaceutical companies are being accused of introducing the … virus so they can make money on drugs and vaccines, and have seen public faith in their products plummet.

Unrest due to false rumors and divisive messaging is rising, and is exacerbating spread of the disease as levels of trust fall, and people stop cooperating with response efforts. This is a massive problem, one that threatens governments and trusted institutions.

National governments are considering or have already implemented a range of interventions to combat misinformation. Some governments have taken control of national access to the internet; others are censoring websites and social media content, and a small number have shut down internet access completely to prevent the flow of misinformation. Penalties have been put in place for spreading harmful falsehoods, including arrests.“

The plan is to continue the censorship which Big Tech has been spearheading for years now, using the excuse of harmful “fake news” by claiming that the dissemination of false information during an emergency is a bigger problem than usual and must be stopped.

“I do think that there needs to be sort-of an honest broker, a centralized command-and-control organization that really brings together the public-private sector, both on a global approach and also on a local approach …” 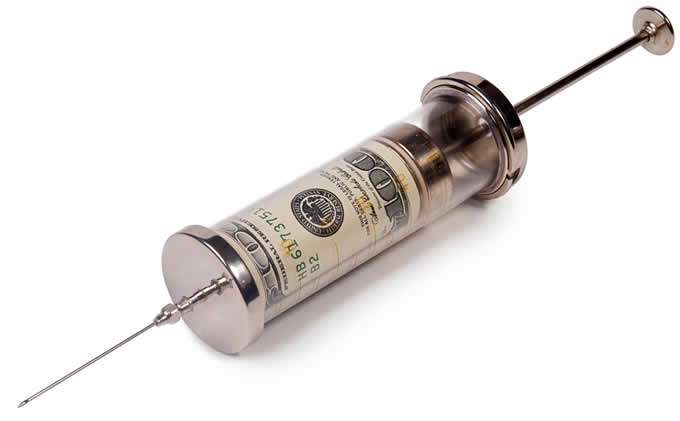 “Yes, I agree, and I wanted to speak to the point about having the honest broker, and I think in this regard the United Nations fits the bill … “

“It’s important that the UN and WHO remain very clear, but when they challenge governments directly, they often get into this issue of sovereignty, and so I think it’s really important not to have that as the only response … it’s really critical to remember soft power influence …”

That last statement reveals yet again a dominant NWO agenda in so many arenas of life: narrative control.

All of this is priming the public for an eventual mandate of microchip vaccinations, which will be required for every individual in order to buy and sell goods. Chowdhury openly admitted this in stating that it will be necessary for “individuals” access to services & livelihoods.

A global identification system is in the works that will eventually be required for people to function in society, and ultimately survive. Without these microchips in their bodies, people won’t be able to work, let alone eat, and it’s all happening right before your very eyes.

Keep in mind that ID2020 is a part of the so-called “REAL ID,” which will soon be required for those who wish to travel. REAL ID will also be used as a backdoor method of implementing mandatory vaccination policies for adults.

Very clever of these evil geniuses.

They tie everything to medical papers based on vaccines for created or over-hyped diseases and scared sheep gladly comply with their mandates.

This will all be integrated with the ‘Real ID‘ [your current drivers license], electronic health care, integrated with your health insurance, The idea is that you, your children will not be able function in society UNLESS all your “electronic medical papers” are in order.

Once this ‘system’ is up and running they can use vaccination to exterminate the population like playing a video game. They can use such a mandatory medical system to fake pandemics and kill entire populations using gene warfare.

Catch me if you can suckers, I have never had a vaccine or flu shot, in my life. No doctors, No prescription drugs. I subscribe to an healthy diet.

Yes, I take care of myself, a great athlete and don’t watch television. The drug cartels over at population control central hate me.