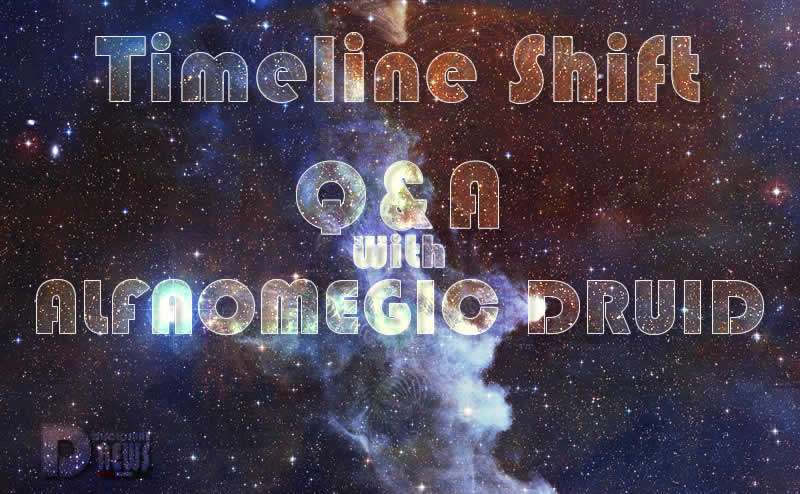 Q – Many things are happening, even if they are of difficult interpretation, according to you, where are we currently placed?

A – I, having a sociological, imaginative and at the same time pragmatic mind, have carried out a thorough investigation in the last thirty years with a very detailed and accurate cross-checks.

These analysis made me realize that the sociological element of the paradigm transmutation has never been focused in its complexity to narrate its possible timings and the various timelines for this XXI century epochal breakthrough.

Failing to have an adequate narrative support from the mass-media, newspapers, school, politics, science, religion, etc., the narratives of the various Lightworkers were, and still are as for today, almost completely anachronistic compared to the massive dark narrations that people absorb daily from mass media, newspapers etc.

Q – So, is there an articulated and complex plan that will force the planetary hand to change the paradigm towards the true Christic Light? And with which timing?

A – If we let human evolution to progress without a strong and decisive intervention of the Forces of Light, it would take about 90 years to totally enter the so-called Fifth Dimension. Yes, because in 5D there are no wars and diseases, poverty and even money as we know it today. At the best there would be an “energy money”. It would be a switch over made of people who die at 80-90 years with newborns who already have partially, or totally, the pragmatic conscience and activation to allow the 5D to manifest. 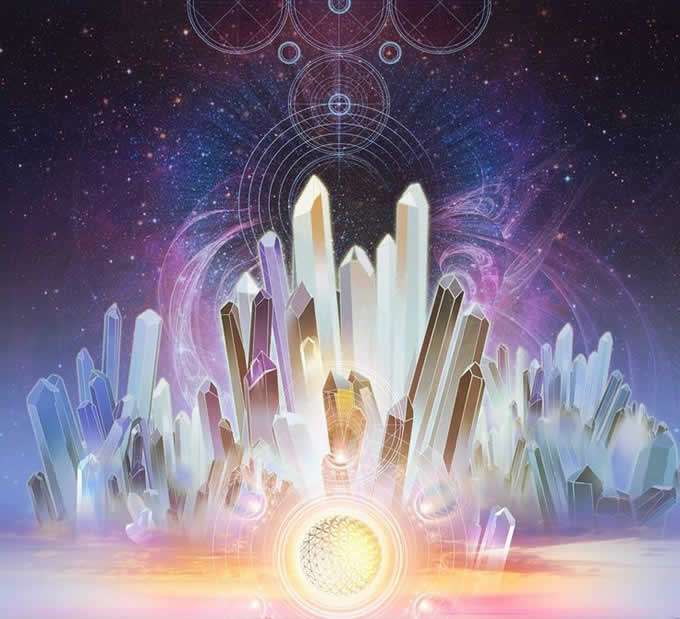 Q – So we’ll have to wait 90 years to see this huge paradigm shift?

A – The factors that will awaken in this transition have an implementation diversity between 88% and 92% compared to the situations of Light created on our Planet until 2018.

So, you will probably ask what is happening behind the scenes, what is the plan B that only very few on Planet Earth, about 100 people and perhaps not even all of them, know the entire implementation.

It is a plan B that plays the concept of the tree. The tree is at the same time a simple and complex being, existing and manifesting itself. 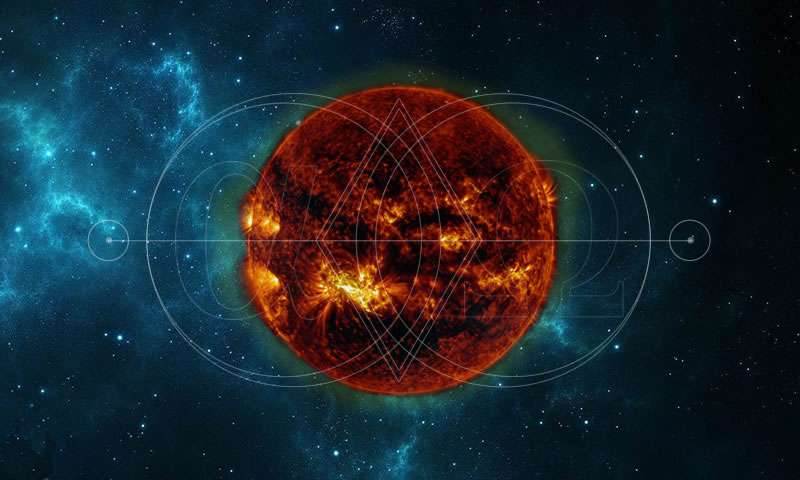 Q – Can you give us some examples?

A – The Med Bed will be built and / or duplicated. They will reach a certain number of people with health problems. This number will be insufficient to satisfy all the sick population, meanwhile solutions will emerge, parallel to those of Medbed and Holomed.

For example, people will suddenly have pranotherapeutic energies capable of healing a tumor in 10 minutes of prana-therapy.

In parallel, the Keshe technology will develop more expansively. Futuristic quantum medicine machines will also become public. Some will heal with maddic sticks, miraculous stones will be used for instant healing (some even in the Marian shrines).

There will be computers that heal the patient from remote with a “soul’s software” connected to a stone to be placed under the bed.

Some people will recover from an amputated limb simply going to a certain point in a church or to a specific place (as is already happening in an area of ​​Sardinia), others will be healed remotely or directly on Galactic ships, others with a ludolinguistic invention (the language that activates or deactivates the DNA)… the list is long, a list of at least 400 solutions to any illness, both physical and psychological at soul level.

The key participants in these projects of human healing are totally unaware, or almost so, that there are others who are creating ideas, energies, similar or dissimilar technologies that go towards the same mission of healing the mankind, animals and the Mother Earth.

Q – So what must be manifest, what should happen now?

A – The social, narrative, psychic, telepathic, oneric, situational incubator must manifest itself. Something that connects all these people of Light and make the way, among them, to know what they are doing and how their potential will develop, putting in synergistic implementation the development of the new Paradigm of True Light.

For example, at a narrative level, in Italy it is assumed that there some thousands of people in direct and/or telepathic contact with the Galactics.

The real number instead is 400 thousand people. Bingo!! 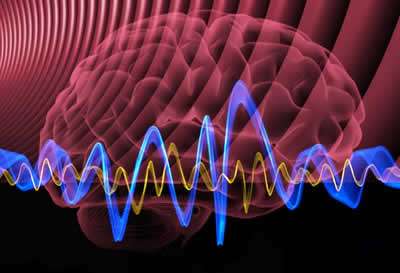 Q – And where are they, what do they do? Is it possible that there is such a large number, speaking only of Italy? Imagine in the whole WORLD….

And all of this is not narrated? Is there a kind modesty to tell to others about themselves?

A – There isn’t yet a cultural background explicitly stated, correct and massive about what they are, do and will these human beings do in the coming decades.

Q – What are they preparing for, on a conscious and unconscious level?

The glue of money and part of disharmonious sex are the Masonic means to absorb energy from us and continue a planetary narrative based on the law of opposites, the 3D.

This dark glue is losing strength by the day and they are trying to invent everything to keep their power. But this is useless because the great direction of the Cosmic Christ (the Treaties of Cosmonos) has already structured its implementation plan and since 7 days (mid January) its practical implementation begun.

And here it is the timing of the timeline that brings the focus to 2019, at the start, the creation of the 5D event in the next 20 years, in a Total and Definitive way.

This means that in 2038 not even a war or serious illness will exist on the Planet, nor even poverty, whether linked to survival or to the sufferings of the soul.

Part of this can be anticipated to the year 2028 in relation to how the Galactics will intervene and how we will intervene to activate a further acceleration of this timeline.

This timeline, 2038 and 2028, is not a possibility but the realization of the manifested power of the Christic Creation on Earth. The beginning of what will be known as the Interdimensional Planetary Christic Realm.

In all this, you and family as other light operators (and so for me too) are taken to a new and sudden implementation level with a time trial program that has already been largely decided at the Archangel level and put into implementation programming, mainly in our unconscious, and something in the conscious as well, while we sleep, at night.

And this can generate confusion (a bit to me too) because it’s all new, especially because this is happening during the course of few weeks.

For example, the history of the Christic Golds will have great relevance in the surfacing of a new ethical financial system that will take and support a different but effective style of Nesara and Gesara, with the insertion as well of an ethic crypto currency.

Q – And the mass arrests?

A – They are useful but they are limited and have a partial useful value. Those who condemn with these arrests often do it more for revenge or even for hatred. So, if someone will fall, it will be useful to the mission of the shift to the New Paradigm but the core of the question lies in what I told you before. We are the strength, the substance, the energy and the manifestation but we are not yet in synergy between us.

Both the Galactics, the Trees, the Archangels, etc. they are pushing the Forces of Light to bring us to this synergy between Lightworkers. This also includes the school/educational sector where there will be some striking surprises.

More will come from famous singers, writers, musicians and artists in general.

Other pieces of the New Paradigm will come from the narration of some politicians and people who are part of the services.

Another one will comes to manifest itself from me and from the other 300 druids.

We will open in the skies amazing Interdimensional Portals, Solar and Lunar Phenomena etc. Some of them will activate the Pineal gland and the Ethereal DNA.

We will have the overlap of radio and television signals with Galactic announcements directly from their Motherships. Live TV broadcasts with the appearance of spaceships during the live broadcast. I laugh already!

I have only told at a small part of the great direction of the Cosmic Christ.