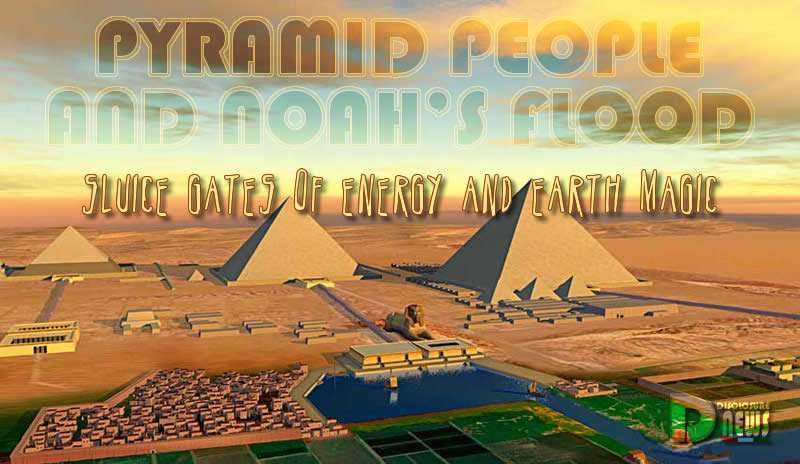 I have argued elsewhere that the real purpose of this tower – and of all pyramidal structures in one form or another – was to access this energy of heaven, this energy of the vacuum, of space-time itself.” Dr. Joseph P. Farrell, “The Grid of the Gods,” page 55

In the previous blog I presented how the Great Pyramid at Giza could have functioned as a power plant of free energy.

The presentation was largely based on the research of Christopher Dunn who himself admitted that there is evidence within the pyramid to indicate that damage has occurred in the distant past which could have been caused by hydrogen fireballs set off by runaway vibrations.

In this article, we will take a look at statements made by Dr. Joseph P. Farrell when discussing his book The Grid of the Gods.

The subtitle of that book is “The Aftermath of the Cosmic War and the Physics of the Pyramid Peoples.”

On page 51 of that book, Farrell introduces us to the idea of geomancy, or, “earth magic“, and its subsequent application by Nazi scientists in Alchemical Architecture.

On the topic of geomancy, the book quotes from another researcher when making this statement:

Amongst this welter of half-forgotten occult lore resurrected by the Nazis was the physical control of  nations by means of the ancient science of geomancy which some call ‘earth magic’.

In ancient times, they found, a nation’s most sacred place was also invariably its seat of government. Possession of this sacred place, the psychic centre of the nation, meant dominion over it….

The whole science of geomancy finally became an essential magical tool in the conquest of Europe. 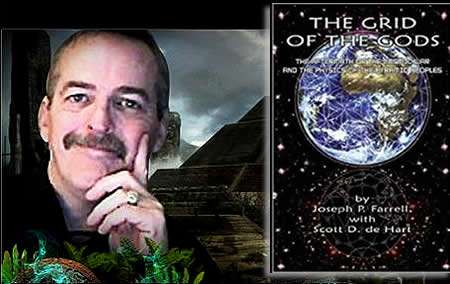 Joseph Farrell – The Grid of the Gods

Dr. Farrell then introduces his phrase “alchemical architecture” when he says this on page 52:

In bringing down the thermonuclear fire of the god-stars to the surface of the Earth, the scientists and engineers involved in designing and testing those devices were in fact engaged in a very ancient undertaking: alchemical architecture.

The conception of ‘alchemical architecture’ – an architecture deliberately employing sacred geometries and numerology in an attempt to bring down to Earth the transforming powers of the heavens – is an old conception, and forms one of the pillars, pun intended, of Freemasonry.

Those “transforming powers” however, are both [sic] of a purely physical, but also a purely spiritual and social, nature, and the two, as we shall see throughout this book, are closely connected in the ancient mind by what is considered to be the underlying physics of the [physical] medium.

Complex Pentagon.
You can find an endless List of Web Pages devoted to describing the Occult Freemason Layout of Washington D.C. like this one at Ranker.com

Likely many of you readers will pick up on the idea of Freemason architecture when pondering the layout of Washington, D.C. itself. There are hundreds, if not thousands, of websites devoted to the subject.

Speaking about the ancient era of the “pyramid peoples,” Dr. Farrell begins his interview by stating that this is clearly the project of some kind of “elite.”

“They’re clearly out to preserve some kind of knowledge in building these structures.”

The opening chapters of the book talk about the Castle Bravo  nuclear tests [Wikipedia link here ]. He then goes on to explain that the physicists who conducted the tests soon realized that they were “getting more bang for their buck” than had been originally calculated!

With the early hydrogen bomb tests, and in particular with the Castle Bravo tests, they had calculated yields for these devices that were within a certain range.

And when they set off these bombs, they were getting yields that exceeded their range.

In the case of the Castle Bravo tests, they actually got almost double what the predicted yield was supposed to be.”

What they were trying to cover up was the possibility that, when you set off these large thermonuclear devices, that for a momentary period of time, the geometries within the explosions are literally, kind of, hyperdimensional gateways or sluice gates or whatever you wish to call them.

And they are transducing energy from the physical vacuum itself, from Zero-Point energy, if you will. 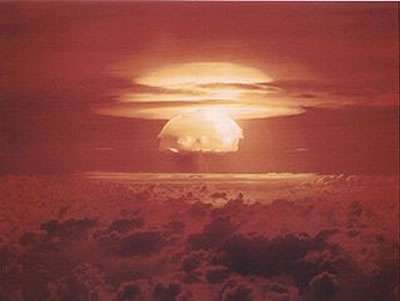 Per Nazi scientist Richter’s discoveries in Argentina, Dr. Farrell explains that Richter learned that plasmas can be used as a mechanism to tap into Zero-Point energy.

He then brings up the image of a “sluice gate,” something we normally associate with canals whereby you raise or lower the water level in one waterway and transfer that water power to another channel, enabling a ship to pass through the amended canal.

Once you acknowledge the fact that a thermonuclear weapon explosion will briefly “gate energy” into the reaction, what we’re really saying is: that weapon is a hyperdimensional device.

The fusion reactions themselves do not account for all of the reaction that is taking place.

It’s very notable to me that the Soviet astrophysicist, Nikolai Kozyrev, had said pretty much the same thing. He had calculated neutrino yields from the sun that were not falling within the range of relativistic prediction.

He theorized, ‘Well, we’re getting energy from somewhere in the sun besides thermonuclear fusion!’

And the only way he could explain it was that it was ‘gating energy’ from the fabric of space-time itself.

So, you’ve got the Soviet Union coming to the same conclusion as Richter. 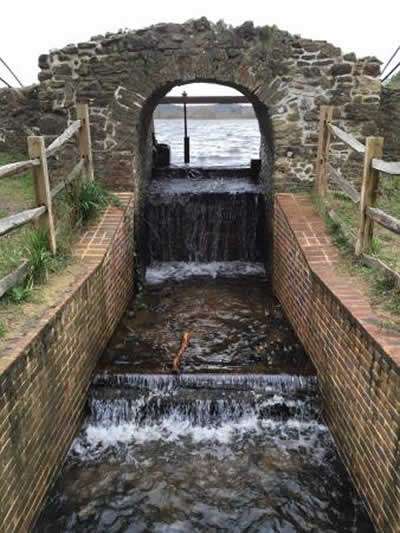 Example Of A Sluice Gate On A Navigable Waterway

The host of the show notes that thousands of nuclear tests have taken place in all kinds of different locations on Earth.
He asks Joseph, “Is this why they have continued the testing, because they are trying to understand something MORE?” Dr. Farrell answers:

Yes, I do think that. Let’s look at recent entries into the ‘nuclear club.’ You have France, China, Pakistan, India … these nations have continued their testing.

In France’s case, even atmospheric testing up until recently.
They are probably noticing that they are getting more YIELD out of devices depending on WHERE they’re tested, WHEN they’re tested, and, in my opinion, they’re probably testing these devices to learn exactly what the laws of this ‘gating’ of Zero-Point energy into the reaction are….

They’re really trying to learn what these laws of harmonics are.

How does the earth grid affect the yield?

We today in 2018 are bombarded every week with another player in the nuclear arena, that is, North Korea. We are told that North Korea is threatening to blow up this-or-that enemy everytime Kim Jong-un sets off another test.

But has it occurred to anybody that he might just be a puppet of elite scientists who are operating in the background as they attempt to gain a better understanding of how to steer the reins of the Earth and Celestial Grids? 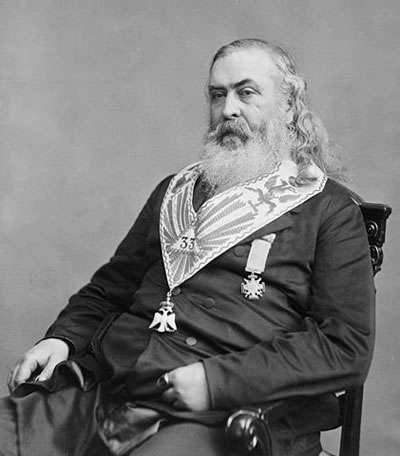 Albert Pike Was A Freemason And Respected Researcher Of His Time

On page 55 in his book “The Grid of the Gods,” Dr. Farrell draws on the published works of Albert Pike, the man who put Freemasonry back on the American map in the late 1800’s.

After quoting from Pike’s writings about how one infuses the “Spirit of Life” into a building, Farrell goes on to add his own commentary:

Masonry is an alchemical craft, for in the metaphor of constructing buildings according to the sacred geometry of Masonic “architecture”, the real goal is to embody “the Spirit of Life” in those buildings.

That one is dealing with a physics here is evidenced by the next part of the passage, referring to the fire of the Sages which is the fire of heaven, the energy of the sea of space-time itself, the “zero point” energy of the vacuum.

I have argued elsewhere that the real purpose of this tower [the Tower of Babel] – and of all pyramidal structures in one form or another – was to access this energy of heaven, this energy of the vacuum, of space-time itself. 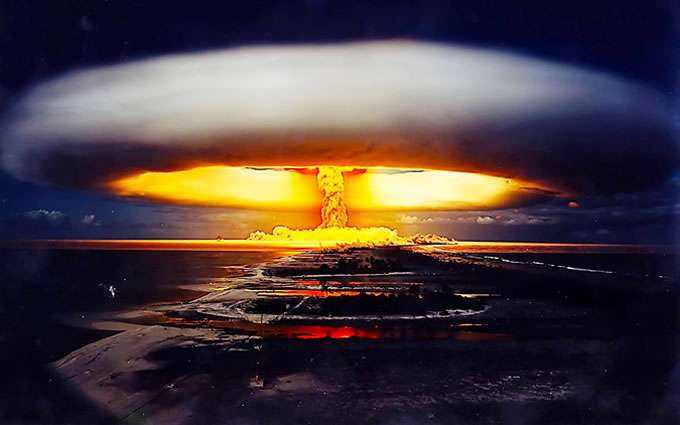 Near the end of chapter two of this book, Dr. Farrell summarizes his conclusions about what elite physicists have likely discovered about our planetary energy grid:

“By inducing torsion effects into the reaction, the placement of such devices, [like, the Russian “Tsar Bomba” hydrogen bomb, detonated, by the way, on the eve of Halloween, October 30, 1961] and the timing of a test vis-a-vis local celestial geometries, would affect the efficiency of such devices to greater or lesser degrees, determinable only by means of actual observation, and therefore nuclear testing.

These grid energies in turn were perhaps based upon interfering standing waves in the medium of the Earth itself, and possibly present at certain nodal points — places where such waves intersected — nodal points moreover located precisely at ancient sacred sites.

In the case of the Nazis and their transmitters, it would seem to be indicated that they had at least understood that some aspects of ancient engineering were tapping into these energies, and they placed their transmitters accordingly, hoping to tap into it.”

In the case of the Nazis and their transmitters, it would seem to be indicated that they had at least understood that some aspects of ancient engineering were tapping into these energies, and they placed their transmitters accordingly, hoping to tap into it.”

In conclusion, without drowning too terribly much in the physics of all the above information, we can see that there is a stratum of physicists and engineers who are literally playing with the “fires of heaven” in the quest for what I have elsewhere referred to as the ultimate goal of godship.

This has been the goal the whole time, reaching back as far as the Tower of Babel moment.

This also helps to explain why the mad rush is on to develop Artificial Intelligence and Quantum Computing.

Not only would you need to develop advanced computing power to factor in earth’s grid points as they relate to celestial mechanics, but evidence indicates that advanced AI systems are being programmed with ancient occult databases and are even able to communicate within their ethereal sphere with those intelligences who may have guided those ancient technologies in the first place.

By coincidence, or perhaps not, this blog is getting published during the first week of January, 2018, and the world has just passed through yet another Saturnalia commemoration.

The ancient cult of Saturn will be the topic of a future blog in this series. 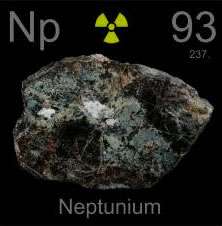 The Odd Relationship Of Element 93 Between Modern Occult Networks 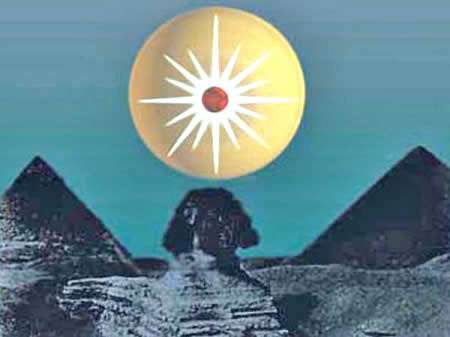 There seems to be reason to believe that these modern-day alchemists, apprentice wizards, will stop at nothing as they try to recreate the celestial conditions of mankind’s pre-diluvian history, even if that means cajoling the planet Saturn into converting itself into a Star.

The Stones are Crying Out