Robots Vs Humans – The Fight to Be Slave 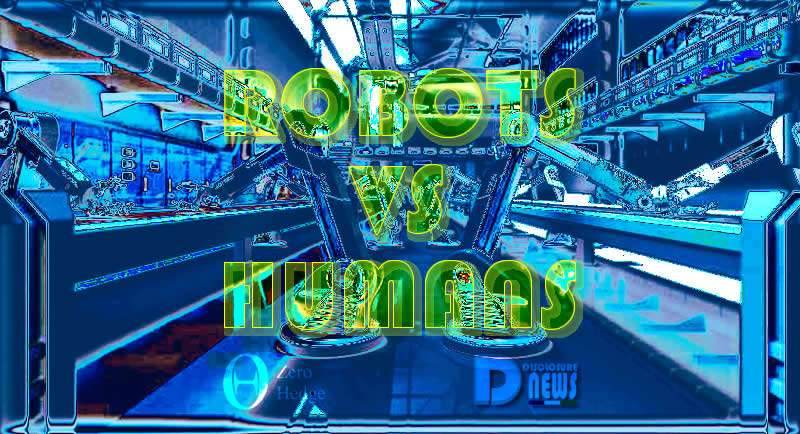 The Fight to Be Slave

Robots Vs Humans – The Fight to Be Slave. Source Zero Hedge.

The Robot uprising has had a minor setback as a Pasadena burger joint was forced to take its brand new burger-flipping robot, “Flippy,” offline after the first day due to slow performance, reports USA Today.

Except, it wasn’t Flippy’s fault.

The restaurant, Cali Burger, says that while Flippy held up its end of the deal – there weren’t enough to prepare the patties fast enough prior to cooking, nor finish the burgers with all the fixings, according to Chief Technology Officer for the Cali Group.

The robotic arms of “Flippy’s Kitchen” is still on static display at Caliburger. The stage where patrons would normally line up for a peek was dark when USA TODAY visited Thursday, and there was little sign that Flippy would be coming back, but just when was “TBA” — or to be announced. The restaurant was operating without the robot using its regular, human-run kitchen

Meanwhile, Flippy’s “human helpers are also getting extra training to help the robot keep up with demand.” 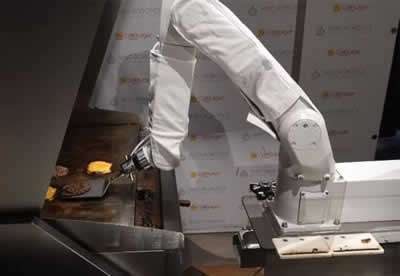 In other words, the kids looking forward to that $15 / hour minimum wage in 2022 are learning how to dig their own graves more efficiently.

As automation and robotics steadily replace cashiers, cooks, assembly line workers, taxi drivers and all sorts of other vocations, low income workers are the first in line to feel the pain. 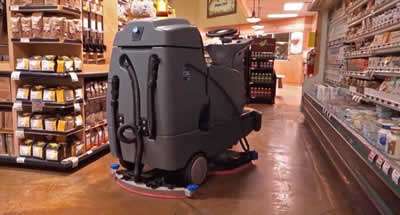 The machine resembles a traditional scrubber but comes equipped with similar technology used in self-driving cars: extensive cameras, sensors, algorithms and Lidar for navigational mapping. Think of it as a Roomba crossed with a Tesla. A human must first drive the device to train it on a path; it can then operate largely independently, including when a store is open to customers. If a person or object gets in its way, it momentarily pauses and adjusts course. – USA Today

In San Francisco, a local startup called Café X is rolling out robots which will make all manner of beverages for all the unemployed baristas. Drinks can be ordered in advance through a smartphone app, or you can simply walk into a location and use a touch-screen kiosk.

The robot—an arm, really—brings a cup to and from a machine that actually makes the coffee, or pulls cups of cold brew from a tap. When you enter a numerical code on a touch screen in front of the robot’s, er, cage, it places your drink on a platform so it can be lowered into a slot, kind of like a prize in a claw machine at an arcade. If you need help figuring out how to order, or finding a lid for your cup, there are also some human employees on hand (well, for now, at least). – USA Today 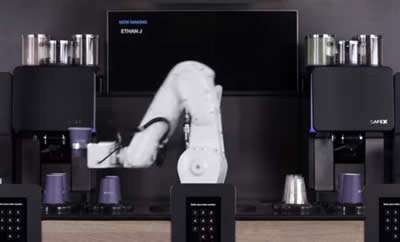 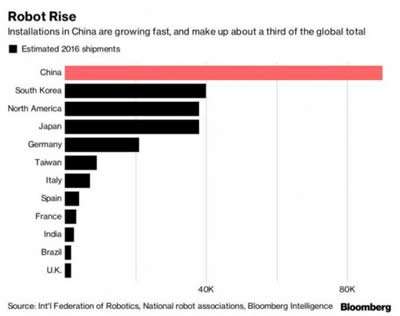 And in China, shyrocketing wages have caused the rapid adoption of robot workers in manufacturing industries, cementing the country’s position as a world leader in industrial automation.

Indeed, all we’re going to need in short order is flying cars and a robot maid before we’re living in The Jetsons.

Universal Basic Income or Cheap Everything or Both?

While people like Elon Musk believe that automation will ultimately require a universal basic income (UBI), others have suggested that automation will reduce the cost of living so substantially that we’ll be in a cashless “Star Trek” utopia where scarcity doesn’t exist.

There will be fewer and fewer jobs that a robot cannot do better … I want to be clear. These are not things I wish will happen; these are things I think probably will happen. – Elon Musk

…At the core of his philosophy is something called the “Freedom Dividend”…essentially a rebranded take on UBI….

To fend off the coming robots, Mr. Yang is pushing what he calls a “Freedom Dividend,” a monthly check for $1,000 that would be sent to every American from age 18 to 64, regardless of income or employment status. These payments, he says, would bring everyone in America up to approximately the poverty line, even if they were directly hit by automation. Medicare and Medicaid would be unaffected under Mr. Yang’s plan, but people receiving government benefits such as the Supplemental Nutrition Assistance Program could choose to continue receiving those benefits, or take the $1,000 monthly payments instead. – NYT

According to Yang, major disruptions in society caused by robots are closer than  many Americans understand…

“All you need is self-driving cars to destabilize society,” Mr. Yang, 43, said over lunch at a Thai restaurant in Manhattan last month, in his first interview about his campaign. In just a few years, he said, “we’re going to have a million truck drivers out of work who are 94 percent male, with an average level of education of high school or one year of college.”

“That one innovation,” he continued, “will be enough to create riots in the street. And we’re about to do the same thing to retail workers, call center workers, fast-food workers, insurance companies, accounting firms.” – NYT

Perhaps it will be a combination of both in varying proportions; a basic, socialized, crappy McLifestyle for low skilled individuals, while those who specialize in jobs which robots haven’t yet usurped will be able to upgrade to the bourgeoisie package.

Kind of like today only with robot strippers and self-driving cars.

Or, perhaps after we’ve unleashed armies of robots throughout every tier of society, AI will deduce that human beings are cancer and we’ll end up in battery pods – if we’re not floating around in them already. 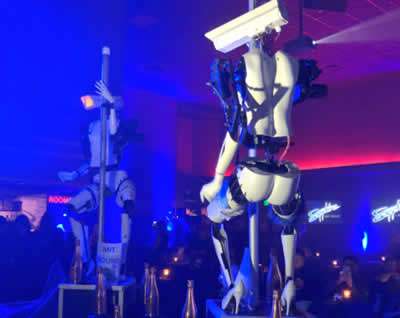 We do not agree with several of the concept expressed in this article but it gives us the opportunity for some thinking. The 3D analysis of the automation situation is appalling, it seems as if people have to fight with robots in order to remain slave.

The Labor is clearly over, the tales of job creation instead continue to be heard in MSM, in Italy for example it’s still the main theme… People, instead of a worthy life, ask to remain slave to the banks and systematic debt system through the labor.

Unfortunately, mind control is still winning, even if in decline due to the heavy blows distributed democratically left and right, there is still a way too large number of detractors of Universal Basic Income.

With time they will diminish and in the end it will be discovered that in this reality of the Matrix the public debt and the “there is no money” mantra was just an invention to continue to maintain the power and keep the flock slave, leading them towards the battle against the robots (see Futurama).

While we are in this topic we want to emphasize that we are getting closer to the UBI not because the elites want the wellness of the population but just to avoid major troubles, keep the flock happy, release some technologies, lil soft disclosure and keep the power on their hand for few more centuries.