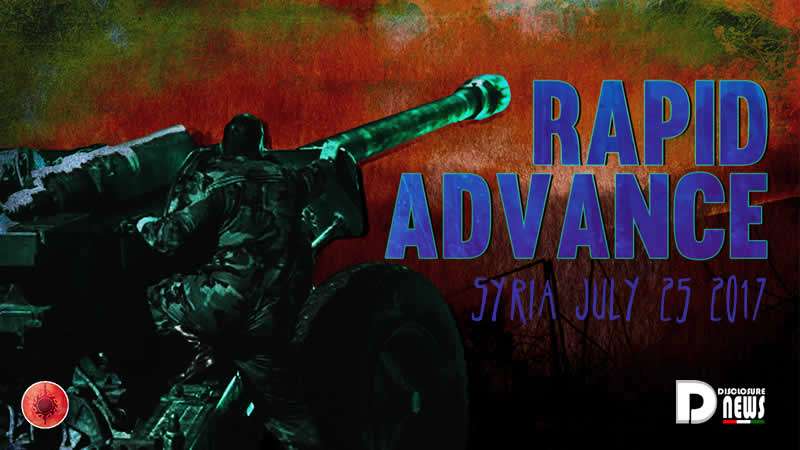 The Syrian Arab Army (SAA) Tiger Forces and tribal forces, backed up by the Russian Aerospace Forces, have liberated Al-Dakhilah, Bir Al-Sabkhawi, and Al-Sabkhawi from IS terrorists in the southern countryside of Raqqah and, according to pro-government sources, reached the Euphrates River and cut off the Al-Bukamal-Aleppo highway. 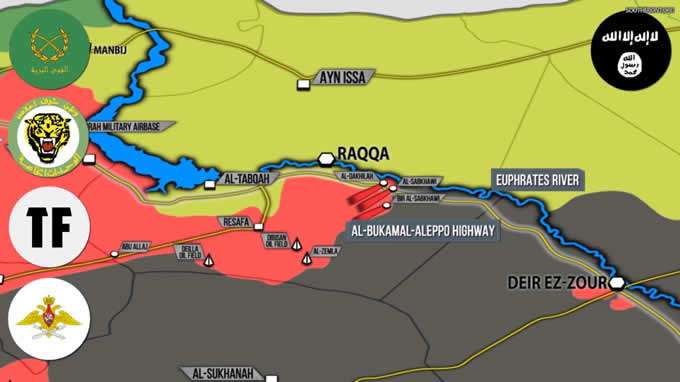 Thus, the army and its allies repeated the al-Bab-style operation when they built a buffer zone in order to stop a possible Turkish advance into central Syria.

Control over the Al-Bukamal-Aleppo highway prevents a possible US-led operation in the direction of Deir Ezzor from the area of Raqqah.

The SAA, Hezbollah and the Lebanese Army, backed up by the Syrian Air Force, have launched a large coordinated operation against Hayat Tahrir al-Sham (formerly Jabhat al-Nusra, the Syrian branch of al-Qaeda) and IS members in the area of Jaroud Arsal at the Syrian-Lebanese border.

The SAA and Hezbollah have liberated Jorud Flitah and the nearby points in the Syrian territory. At the same time, Hezbollah supported by the Lebanese Army has liberated over 70% of the Lebanese part of Jaroud Arsal.

The militant defense in the area is rapidly collapsing. 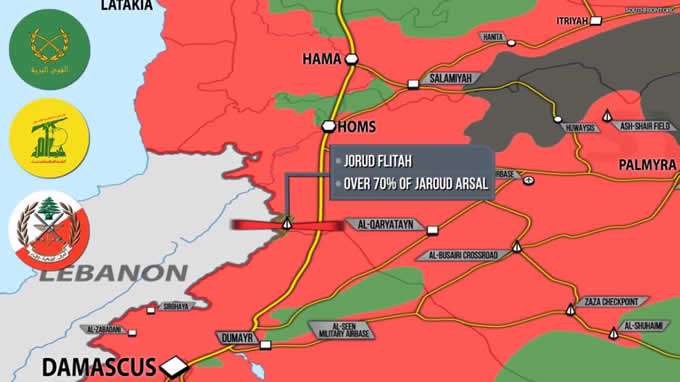 On Sunday, Hayat Tahrir al-Sham (HTS) got a full control over the city of Idlib after capturing the remaining HQs and checkpoints of Ahrar al-Sham in the area.

The HTS faced little resistance and Ahrar al-Sham members withdrew from the city after a series of firefights. Meanwhile, a VBIED attack killed 13 HTS members and injured dozens at the Al-Zira’a roundabout in Idlib.

It’s not yet known whether IS or Ahrar al-Sham was behind the attack. ISIS may seek to fuel tensions among Idlib militants in order to expand own influence in the province. 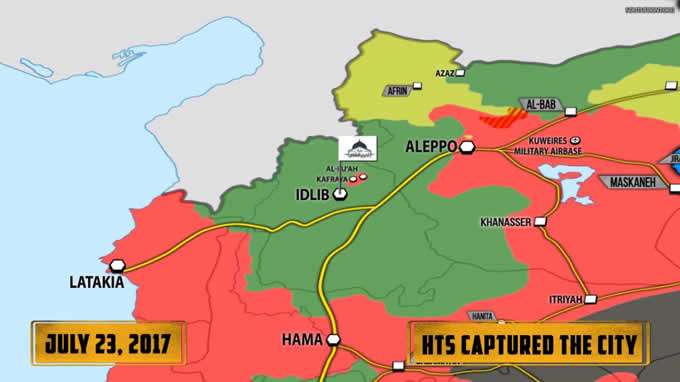 Since the start of the ongoing intra-militant clashes, HTS has the entire Syrian-Turkish border line in the Idlib province and the city of Idlib.

At least 19 armed groups have defected from Ahrar al-Sham and 15 of them have joined HTS. The al-Qaeda linked group has always been a de-facto leader of the so-called Idlib opposition.

However, now it’s closer than ever to a full military and political dominance in the province.

On Sunday, another truce was implemented in the Eastern Ghouta region near Damascus. The truce had been negotiated between the government and local militants in the Egyptian capital of Cairo and was backed up by Russia.

Clashes continued only in areas of Ayn Tarma and Jobar mostly controlled by HTS and allied units. 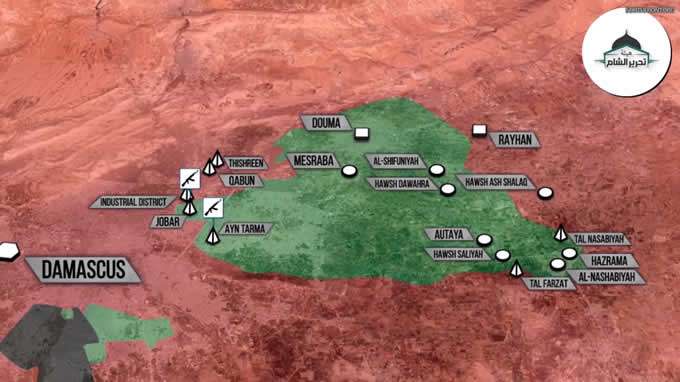 A Egyptian M60 battle tank has crushed a vehicle-borne improvised explosive device (VBIED) that was attempting to reach a Egyptian army check point and to detonate it.

Meanwhile, 8 members of Hasm Movement, an Islamist militant group, have been killed in the city of Fayoum in central Egypt. The group is active in central Egypt, including the capital of Cairo.