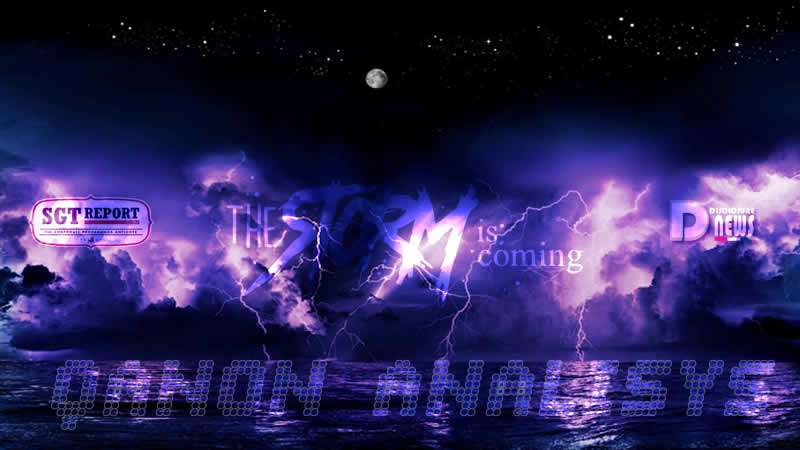 No, more like a warning about who controls the markets and it reminds specifically of the financial terrorism we witnessed in 2008 which representative Paul Kanjorski revealed was an electronic run on the banks to the tune of five hundred fifty billion dollars.

“Five hundred and fifty billion dollars was being drawn out in a matter of an hour or two, the Treasury opened up its window to help.” 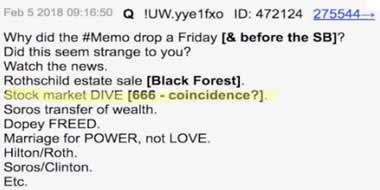 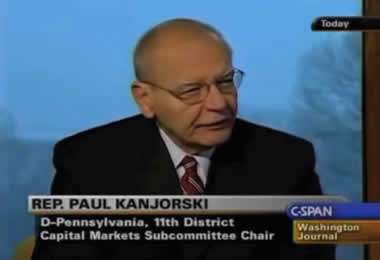 “They pumped a hundred and five billion dollars in the system and quickly realized that they could not stem the tide. We are having an electronic run on the banks.”

According to sources, Trump attorneys have approved a second special counsel to probe the FBI and Department of Justice, announced on Air Force One , which in Jerome Corsi’s view is Trump’s way of hitting back hard against the deep state New World Order attack on the stock market.

It’s clear that the Deep State panic over the revelations of treason is resulting in what can best be described as a civil war within our own government, if such a term applies.

John McCain claims the release of the FISA memo does not serve the interests of America only Putin’s, to which Philip Schuler responded: “you are a bigger threat than Putin is, McCain you tried to frame a new POTUS and develop a coup in US history. You fit in between Benedict Arnold and Aaron Burr.”

President Trump in turn tweeted praise to Devon Nunez calling him a man of tremendous courage and a great American Hero for what he has exposed and what he has had to endure.

The president also took a shot at deep state apologist and operative Adam Schiff tweeting the following: “Little Adam Schiff who is desperate to run for higher office as one of the biggest liars and leakers in Washington right up there with Comey, Warner, Brennan and clapper! Adam leaves closed committee hearings to illegally leaked confidential information. Must be stopped!” 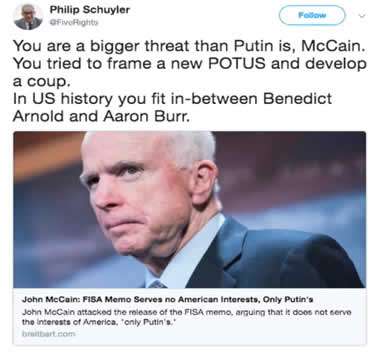 McCain and the Memo 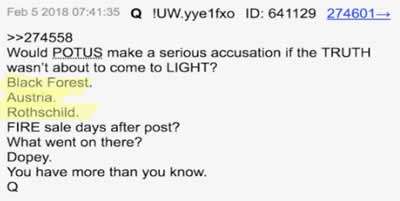 There is no better indication of the war within our own government than that tweet.

A couple of notes here, the Black Forest is a mountainous region in South West Germany bordering France and it is often associated with the Brothers Grimm fairy tales, think human hunting, think cannibalism and Q asks “what happens here?” think Hansel and Gretel, which is just the tip of the grim horror iceberg.

Back to the real house of horrors and Q’s Rothschild tweet it’s confirmed, according to Mansion Global the world’s wealthiest family just sold an Austrian hunting Estate, almost the size of Manhattan, which the criminal banking family had owned for 143 years.

The 5412 hectare parcel known as Langau was part of a mountainous densely wooded property that Baron Albert von Rothschild bought in 1875.

One might ask why sell now, and why for just 112 millions? 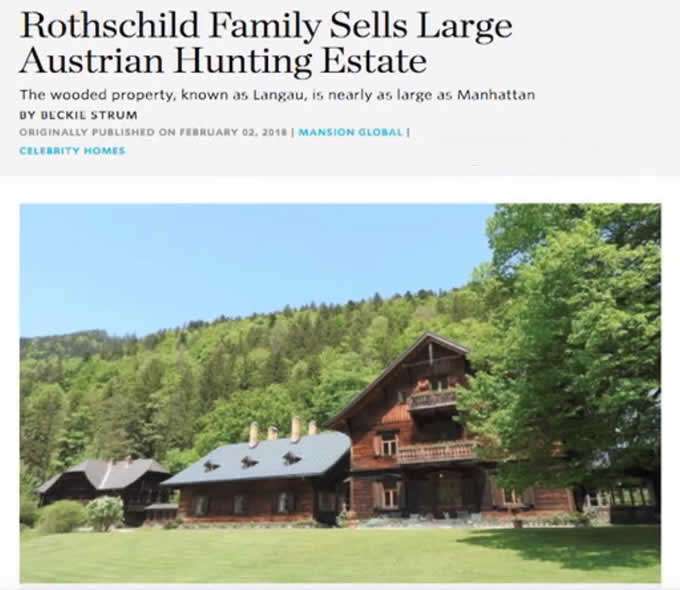 Back to Q: “marriage for power not love Hilton Rothschild”, think Nicky Hilton marrying James Rothschild and Q notes: Soros Clinton, think Chelsea Clinton marrying Jew Marc Mezvinsky in 2010 who is rumored to be the nephew of George Soros.

Snopes says is untrue so rest easy friends, because according to Snopes the building in the image came down on 9/11 due to localized fires and structural failure.

Regarding the Q tweets about the Rothschilds and the implications of human trafficking, human hunting and human sacrifice Jerome Corsi tweeted the following. 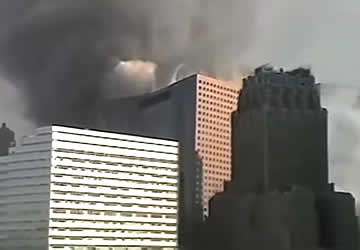 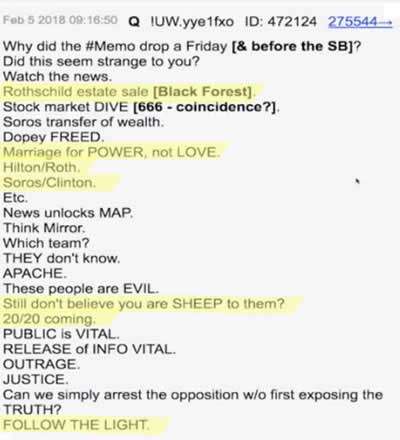 “Busting sex tourists in Dominican Republic… we are going to follow the lead of Q sex trafficking and pedophilia to become central in #theGreatAwakening it will destroy Obama, Clinton, Soros and the global New World Order elite – Satanism.”

Q concludes these people are EVIL.
Still don’t believe you are SHEEP to them?

Q says the hindsight of 20/20 vision is coming with the release of vital information to the public which will prove who these people are, resulting in widespread outrage on both the right and the left leading to justice.

Q notes the horrible truth must be exposed first, follow the Light.

Also a sad and disturbing news item to share Kevin Halligan, the 56 year old private detective in the Madeleine McCann case and the one who commissioned the police chief it sketch that resulted in this image which bears a striking resemblance to John and Tony Podesta, was mysteriously found dead and covered in blood in the detectives secluded mansion in Normandy on January 8th.

The claim is that he suffered a brain hemorrhage and the pathologist reports no sign of an assault, but surprise, it wasn’t ruled a suicide.

And finally friends, make no mistake, this is not entertainment, it’s education, share it with everyone you know, we are at war for the very heart of our Planet and our future. 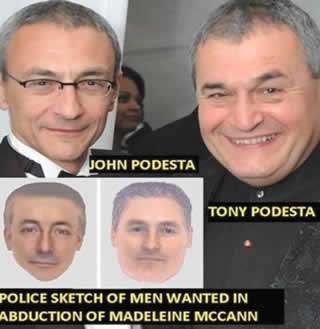 The evil of this, the satanic nature of the pedophilia that’s going on in the combination of the Satanism with the pedophilia, is going to be shocking to the average American.