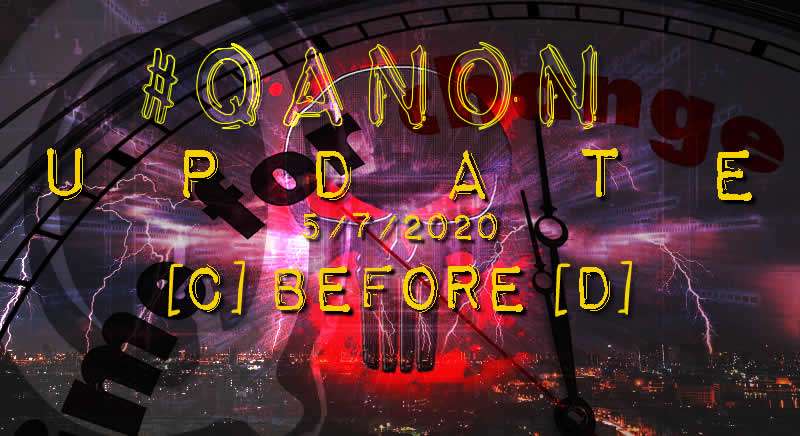 "Extremely dangerous to our democracy." pic.twitter.com/4R8fXLx33u

Worth remembering.
[note: they all read from a teleprompter – who controls the message?]
Q

CLOWNS use Secure Drop to pass 4 am talking points/leak stories to MSM. We also learned 6 major corporations control 90% media outlets. IF we are watching a movie & goal is for MSM to self-destruct, are Patriots controlling the message?

I’ve always love this clip as it demonstrates the locking bird media talking points. C_A provided talking points through a 4 am memo as Q had discussed in the past. Who does it now?

Michelle [BM] Obama's "All this for a damn flag" comment at the Nation’s 9/11 Ceremony.

Not a lip reader & hard to definitively say MO is saying that but it wouldn’t be out of character. Both of them hate our country. Pretty funny to read what uber left Snopes had to say. Their alternatives were much LESS likely.

Rare ‘truth’ caught on camera is worth remembering.
Michelle [BM] Obama’s “All this for a damn flag” comment at the Nation’s 9/11 Ceremony. 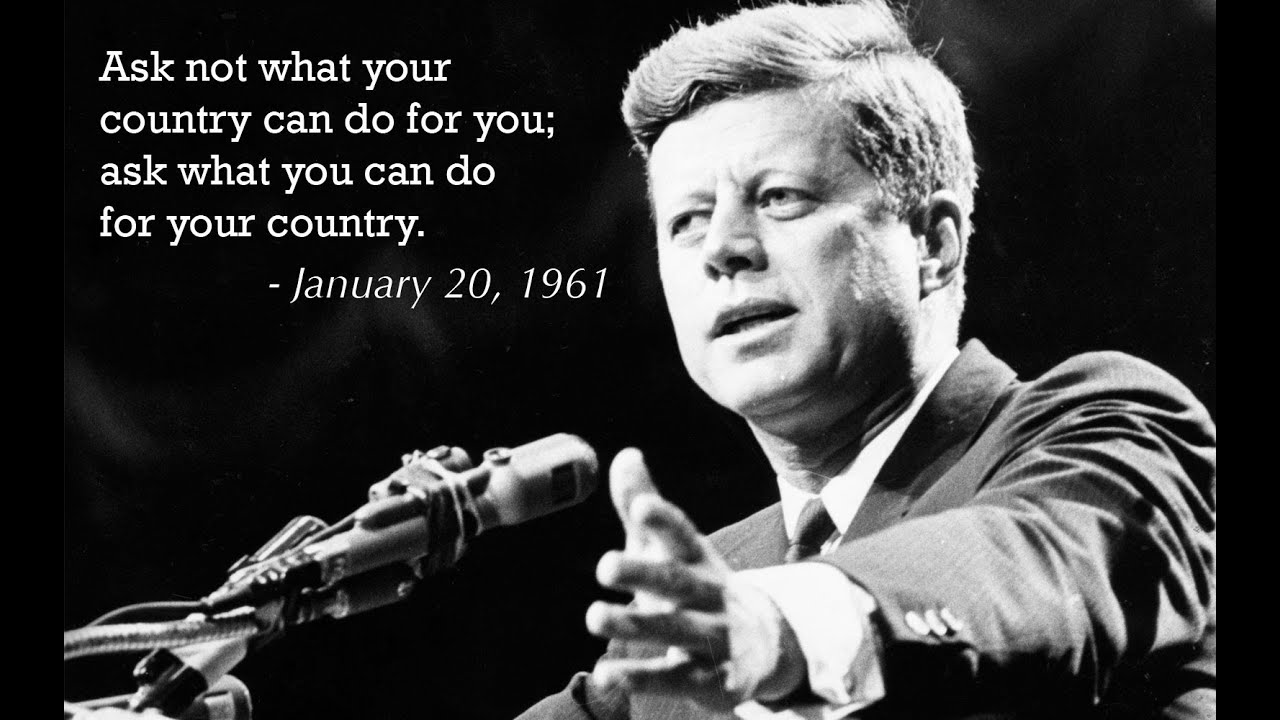 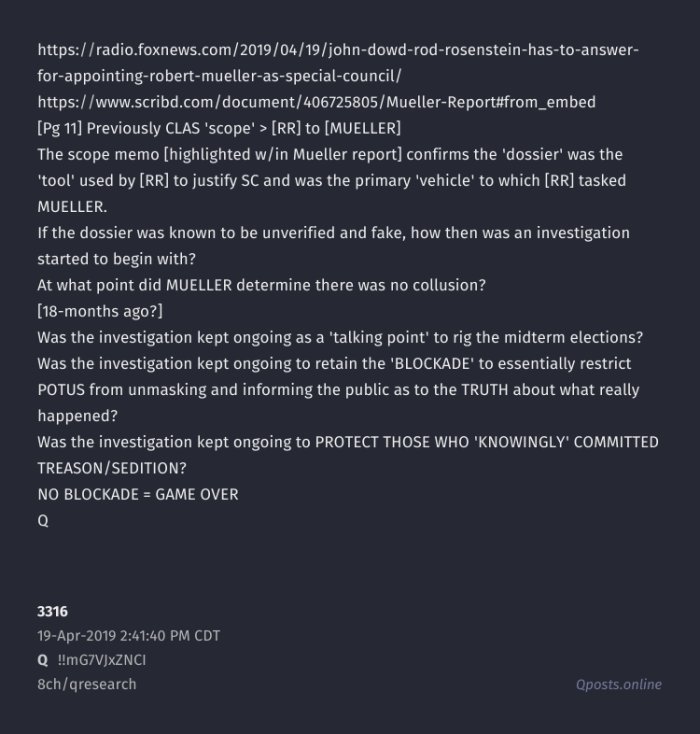 Advocating overthrow of govt. Q linked to this tweet and article.

Knowing dossier was bogus, SC investigation kept everyone distracted while Durham’s been busy with the real investigation into the Coup Cabal’s attempted overthrow of government.

There is so much truth in this.
Q

Alexa is owned by Bezos’ Amazon. Hard to believe Alexa would give this answer but the answer given in this video is definitely plausible. I don’t/won’t have one of those in my house. Bad enough our phones are always listening.

Alexa can be customized to say whatever you want.

(h/t @dazedb42). The answer in the video clip Q linked to clearly was programmed by an end user but no doubt, they came close to the truth. 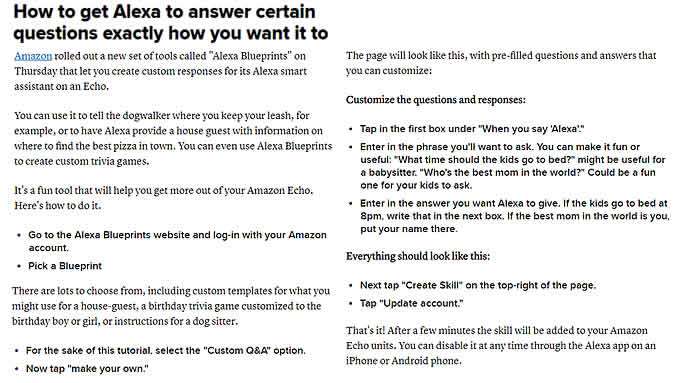 Q says watch first 21 minutes of Hannity. Disgussing DOJ release of memo showing that Mueller investigation predicated on Steele memo. Kinda know this but hey, Q says watch it… At 12:43 into the Hannity video he says it’s not gonna he a good day for Schiff tomorrow. Let’s wait and see.

@LindseyGrahamSC told Hannity AG Barr gave him a completely unredacted memo which showed In January 2017 the source of the Steele dossier disavowed but in spite of this Rosenstein gave Mueller the go ahead to investigate Potus in August 2017.

The long awaited scope memo from RR to Mueller (based on fake Steele dossier) is released, discussed on Hannity.

Article 1, Section 6 states Senators & Representatives “shall in all cases, except treason, felony and breach of the peace, be privileged from arrest during their attendance at the session of their respective Houses, and in going to and returning from the same…”

It does seem Declass is happening right now. Looks like the memo explaining that the sub source for the Steele dossier who said the dossier was a fraud has been completely declassified and provided to @LindseyGrahamSC by AG Barr as referenced tonight on Hannity.

Congress did not return to work because they knew some of the declsss of the FISA abuse documents would take place this week and next. Dems follow Q quite close too.

Q referring to boom posts he redropped today from this time last year. +1 in brackets may refer to Schiff.

Q confirms the C before D means Dan Coats had to be removed as DNI Director before Declass could begin. Declass would’ve happened sooner but the Dems released the coronavirus on us a distraction.

WHAT WOULD YOU DO if your six year old son or daughter tested positive for COVID19 and was taken from your home to a quarantine center by Ventura Health Authorities? This SHOCKING VIDEO demands that you plan ahead. #BeBrave #HistoryRepeating pic.twitter.com/e5RC7dCO7o

Shared this earlier this morning and some didn’t think it was real. It’s VERY real. This is what tyranny looks like. They want to keep us under house arrest and take family members away from us. God only knows what would happen to them.

It wouldn’t be pretty for whoever tried to take my kids. That’s all I’m saying. 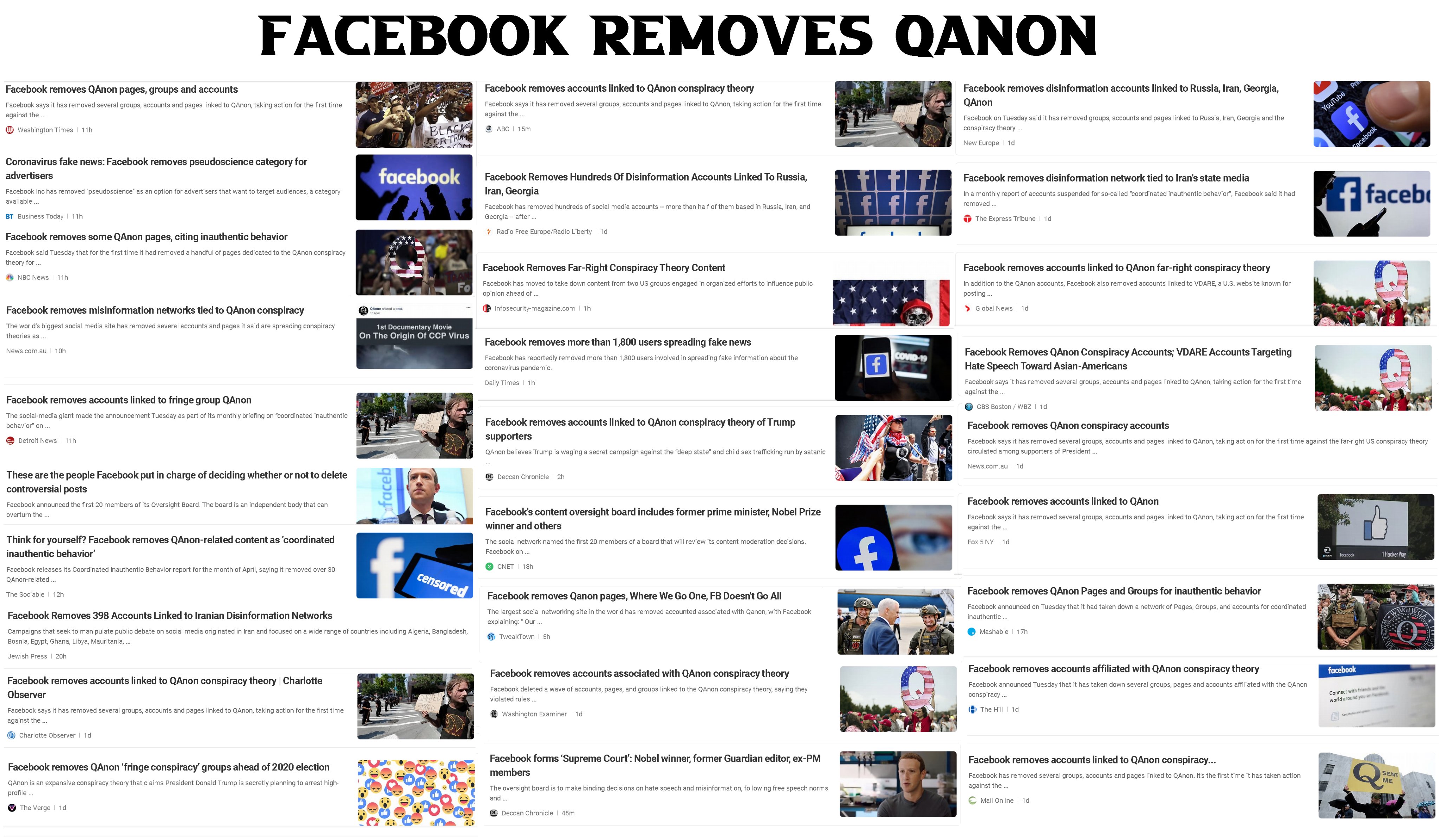 I’m curious why Facebook and IG are only removing #QANON “conspiracy” pages? Why not remove Bigfoot pages? UFO pages? If it’s all just silly nonsense why is QANON more silly or harmful than the others? @Facebook @instagram

When do you expend ammunition?
For what purpose?
Prevent public exposure of truth [slow limit reach]?
Coordinated media roll-out designed to instill ‘fear’ into users re: discussing ‘Q’ re: risk of account termination?
Coordinated media roll-out designed to silence a ‘conspiracy’ they deem to have significant potential [anti-[D]] ramifications re: 2020 P_election?
You have more power and influence than you realize.
Welcome to the Revolution.
Q

Claims of “Russian interference w/2016 election” PALE in comparison to what [they] are doing and should be illegal! Coordinated 2020 election interference!

They want to intimidate us into silence to limit our reach. Won’t work.

They give it a lot of attention for being a conspiracy theory. 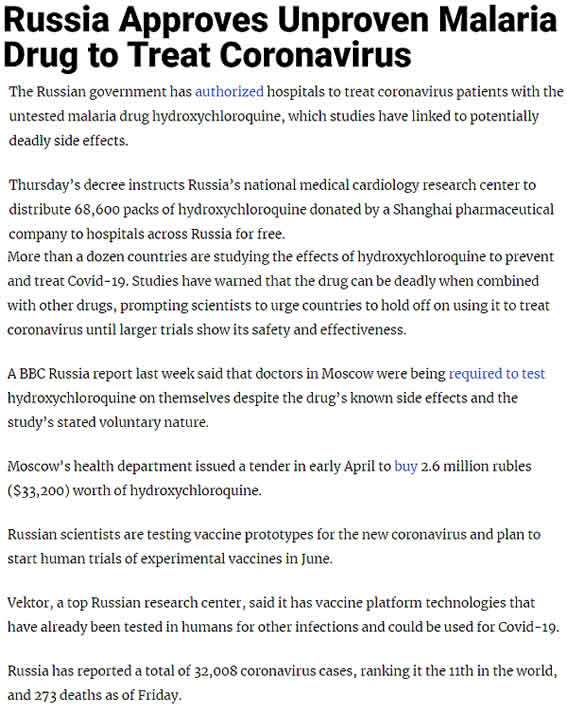 “…donated by a Shanghai pharmaceutical company to hospitals across Russia for free.”

Many studies show it works. Why would ANYONE trust ANYTHING coming from China? Will the results show it works or will there be poor results to push anti-HCQ narrative?

So Russia is using HCQ made in China to fight coronavirus which was also made in China but CDC and the wizards of smart here in the US won’t condone HCQ and in fact try to persuade people not to use it through fear tactics. Makes a lot of sense.

More of that “larping” the shills must be talking about...

Trying to tweet from POTUS’ account AND post on 8kun at exact time, down to the second, is near impossible due to posting lag time on both platforms. The next 2 days and next week should be interesting. Keep your heads on a swivel. They’ll expend more ammo.

Potus with Q. They post within seconds of each other again. Q posts first. Q says watch news today tomorrow ans next week.

I feel that he should have been given the medal of freedom for this....👇 pic.twitter.com/71dWFDA6mf

What a shame that after everything he said, Comey let her off the hook on 5 July ’16, just days after the infamous 27 Jun tarmac mtg btwn Slick Willie & Lynch.

Q highlighting more Patriot accounts as [they] attempt to silence us.

In the early days of Q posts, Q would primarily keep things within 8chan amongst anons. However, Q links to twitter accounts because the mission is to wake up the public. Q helps patriots on twitter by linking to their posts and expanding their reach. If Q links a tweet, that tweet will have thousands of likes and retweets and the subject matter will be reviewed by more people. Perfect example is this video compilation of Comey and Hillary.

BREAKING: Justice Department is dropping criminal case against ex-Trump adviser Michael Flynn, according to court filing obtained by AP. The prosecution has been a rallying cry for the president in attacking FBI Russia investigation. https://t.co/sllejeG2Gh

GOOD WORK, AG BARR! It has become clear that James Comey (who President Trump fired on my recommendation) was masterminding a perjury trap for General Flynn before I was AG, despite NO valid predicate for targeting him. – Jeff Sessions

So happy for @GenFlynn!! About damn time! Now drop the hammer on every low-life scum traitor that did this to him. Locked on target. Let’s GO!

One of my favorite Q posts yet! Congrats again @GenFlynn !! So happy for you sir!

May7,2020 National Prayer Day~General Mike Flynn, Sidney Powell And The Flynn Family Thank All Of The Great Patriots Of Our Country For Your Amazing Prayers, Messages And Standing Strong With Us! God Bless You And Your Beautiful Families! We Will See You Soon! ⁦@GenFlynn⁩ pic.twitter.com/z9EwXdN3e4 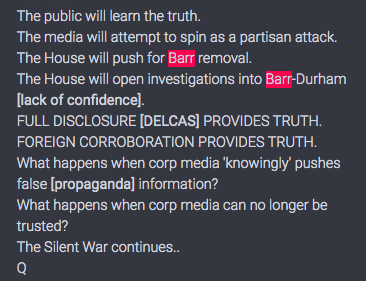 Flynn pled guilty to lying to the FBI about his illicit Russian contacts.

His lies do not now become truths.

This dismissal does not exonerate him.

But it does incriminate Bill Barr.

In the worst politicization of the Justice Department in its history.

The release of transcripts from Schiff’s Russia collusion interviews that reportedly show that he was lying his ass off is now imminent and according to sources, Hollywood’s congressional representative is in “panic mode.”

Shifty Schiff has been stalling on the release of over 6,000 pages of transcripts which reportedly show that there was no collusion between the Trump campaign and the Kremlin despite his insistence that he alone had the smoking gun.

The Californian’s bluff was called when acting Director of National Intelligence Richard Grenell notified the committee that the transcripts had been reviewed and were ready for public release which Schiff resisted.

However, Grenell then made it clear that if Schiff didn’t follow through, that the office of the ODNI would bypass him and release the transcripts itself.

Schiff & Nadler’s whining about the DOJ’s decision to dismiss charges against @GenFlynn
earlier. Schiff is schitting himself, no doubt. Keep it coming! “Locked on target [painted]”.

@RepAdamSchiff is in trouble. Keep Watching the news.

Q Told us exactly what is about to happen. Schiff will push to investigate Barr and Durham. Media will spin it as partisan attack. 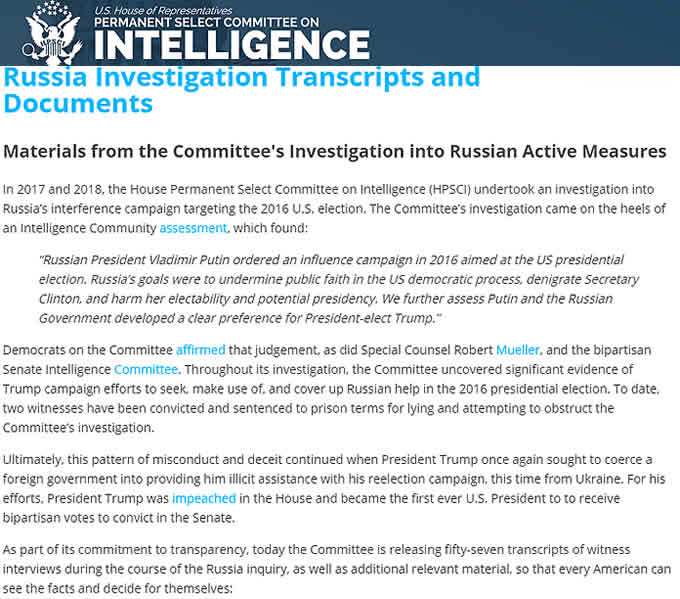 Transcripts from House Intel Committee published. The spin in Schiff’s opening statement in this are beyond absurd.

Schiff wants us to believe these transcripts prove POTUS colluded with Russia. He says they released the transcripts “so that every American can see the facts and decide for themselves: Is this conduct ok?”

Q provides the link to the Russia Investigation Transcripts and Documents.

Q, it’s not that we are lazy but could you give us a few hints where the juicy tidbits are in these Russian Interview Transcripts??? 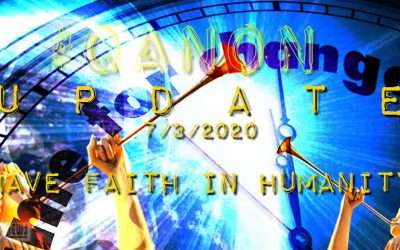 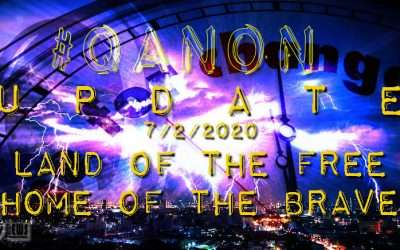 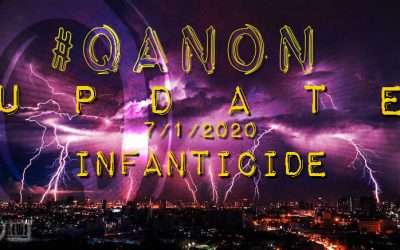