Pyramids and Technology in The Bermuda Triangle. From Ancient Code.

Is this the news everyone has been waiting for in regards to the Bermuda Triangle?

According to an oceanographer, the German Dr. Meyer, the technology that lies hidden beneath the ocean in the Bermuda Triangle is anything but ordinary and is very likely to have not originated on Earth.

Also known as the “Devil’s Triangle“, the Bermuda Triangle consists of a region in the western part of the North Atlantic Ocean and is defined by points in Bermuda, Florida and Puerto Rico.

It stretches across less than a thousand miles on any one side.

The triangle does not exist according to the US Navy and the name is not recognized by the US Board on Geographic Names.

This mysterious body of water is filled with incredible stories and rumors that if not supernatural are otherworldly. 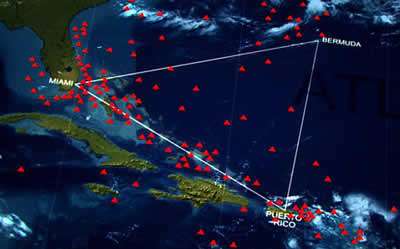 Area of The Triangle

Is it possible that this imaginary triangle is evidence of extraterrestrial activity on our Planet?

One thing is for sure, over the past century, the Bermuda Triangle has been “swallowing” vessels and disappearing airplanes and is blamed for the loss of hundreds of lives.

Two mesmerizing giant pyramids made of some sort of thick glass were discovered in the center of the Bermuda Triangle. The technology that is found underneath the vast ocean is a mystery to modern science.

The anomalous structures located at a depth of 2,000 meters have been identified by Dr. Meyer, a German oceanographer and his team using sonar equipment.

According to reports, the army has stopped all further research

Meyer firmly believes that the discovery of the secret, strange pyramidal structures at the center of the triangle could shed light on the mysterious disappearances of ships and planes associated with the Bermuda Triangle. 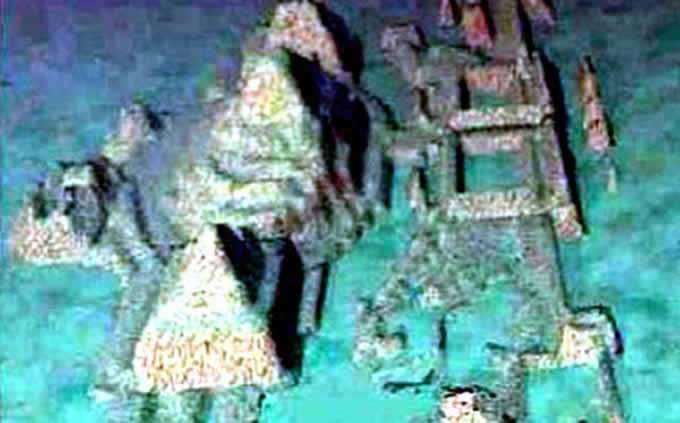 Area of The Triangle 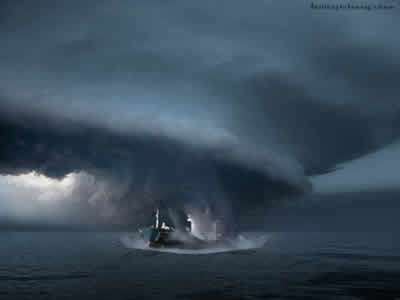 According to reports from several websites among them this one, the number of mysteries surrounding the pyramids is something no one has been able to answer.

The pyramids located at a depth of about 2 kilometers are said to be made of some sort of crystal that could be one of the main reasons why the area has had anomalous disappearances.

According to sensationalistic claims by Ufologists and paranormal researchers, we simply do not have the technology and means to explore the area accurately and conclude whether there are or not anomalous pyramids located at the bottom of the Bermuda triangle.

There have been several reports of these pyramids but regrettably, most of them were considered as being elaborate hoaxes by skeptics who mercilessly attacked any information regarding the pyramids.

American oceanographers are said to have found the anomalous structures over 20 years ago concluding that the surface of the structures was flat, suggesting they were made of glass or some sort of crystal. The alleged pyramids, that no one has been able to photograph are said to be three times the size of the Great Pyramid of Giza.

Further investigations cannot be done since the area is believed to be under the control of the US military. That of course, is one theory backed up by those who want to believe, no matter what that there is something mysterious underneath the Bermuda Triangle. The truth, however, can be very different and not as exciting as we all want it to be.

Even though the information about the two Underwater Pyramids of the Bermuda Triangle sounds as if it originated from a Hollywood movie script, there are many people who firmly believe the Bermuda Triangle is an anomalous zone that can only be explained taking in count all options, among them alien technology that goes far beyond our modern-day understanding.

Today, we cannot accept or deny the findings by the alleged German Oceanographer whose research on the underwater pyramids was allegedly confiscated by the military. We cannot confirm his identity, his existence, nor can we say if the expedition in search of the pyramids ever took place. The only thing we can say is that the Bermuda Triangle has a long history filled with mysteries that no one has been able to accurately explain.

I guess that in the end, it’s up to the reader to believe or not, in such mysterious discoveries.

Pyramids and Technology in The Bermuda Triangle – VIDEO

Discovered at The End of WWII