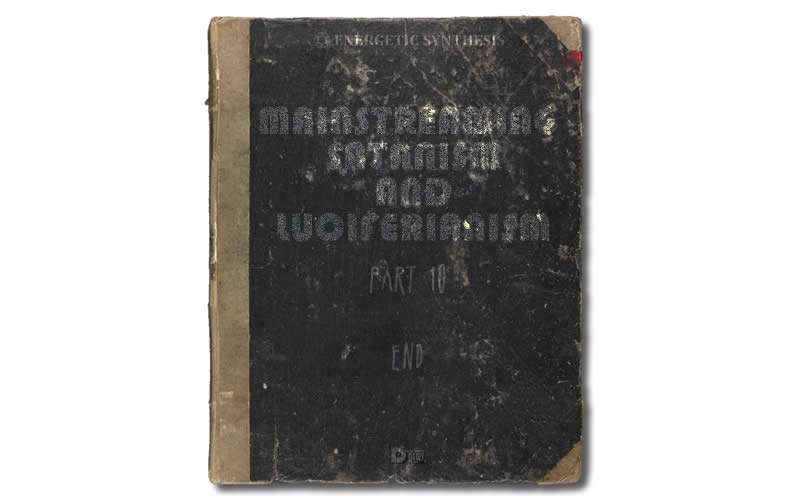 Satanism and Luciferianism Part 10 and Last

What are the primary goals and methods used by the NAA and Power Elite in their quest to fulfill the Luciferian Covenant and install the New World Order, a totalitarian and dystopian nightmare of consciousness enslavement?

Many people still believe that the current state of world suffering, poverty, disease and violence was created accidentally, and that what we see today in the globalscape was the organic evolution of humanity since the industrial age. This is inaccurate.

The Power elite families have methodically and patiently grown their global agenda through specific objectives, which they sought to create through the use of social engineering and hidden technological mind control, along with gaining surveillance over our every move. Let’s review a brief summation of these goals.

Before and during World War II, the Black Suns promoted German idealism into mind control via their social engineering experiments designed by their German academic counterparts that were the most revered and famous philosophers during that time.

These guys were Black Suns connected to the Bavarian Illuminati and were used to infiltrate the most prestigious academic institutions worldwide with deliberate misinformation that would eventually be spread as the standard curriculum in most colleges. 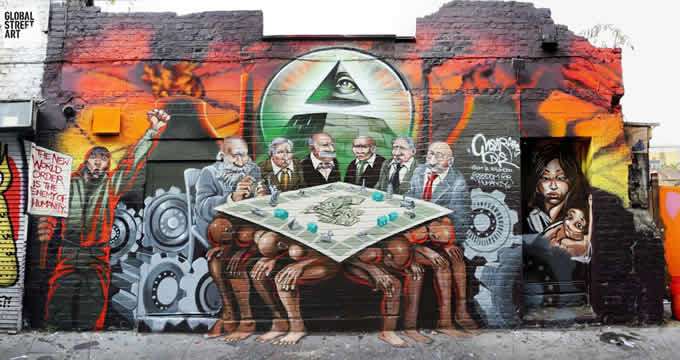 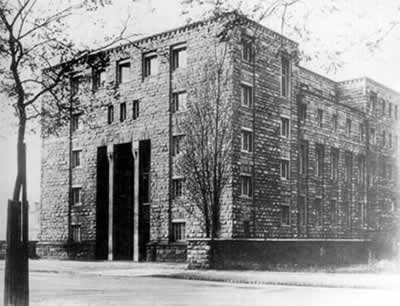 Many of these social engineering programs got their start from the Institute for Social Research, Frankfurt School, which was used by the Black Suns and practicing Satanists to endorse and spread a faux communist ideology that was really designed as a eugenics program.

This Black Sun flavor of social engineering experimentation is being used aggressively today to target prestigious academic institutions throughout the United States, with the hidden agenda to attempt to destroy the American Constitution in favor of socialism or communism, in order to rapidly enforce the globalist agenda for instituting the New World Order.

Intentionally directing social engineering and mind control programming to dehumanize and demoralize the earth population, by denying them their basic rights to fundamental human needs and to generate depravity through increasing criminal behaviors, traumatic addiction, suicides and growing the homeless population.

This includes propaganda to spread spiritually abusive behaviors as socially acceptable in the death culture, like legalized drugs, killing others, pornography and prostitution that are distractions from becoming aware that the earth is being used as a prison farm for creating more loosh for the predatorial parasites.

Promote spiritual abuse and the rejection of God by spreading the anti-soul or anti-Christ religions and their related practices that destroy the inner spirit or inner Christ connection, that exists inside every angelic human being that is incarnated on the planet.

Control the weather and climate by intentionally poisoning and polluting the earth and natural resources through hidden technology and secret military agendas, in order to make these resources as scarce as possible, while spreading misinformation in the mainstream about environmentalism and climate changes.

Use people’s genuine concern about the environment as a way to manipulate the unaware population into approval for directing tax payer’s dollars and massive funding into the Controller’s inverted systems, via their organized institutions to launder money into approved projects like chemtrailing and gang stalking.

These schemes are designed to profit a few in order to protect the major industrial conglomerates, while actually enforcing and promoting policies that destroy the environment, rather than protect the earth’s environment.

This has been given to secret societies and institutions for the purpose of mind control, in order to harvest negative emotional energy or loosh from the masses.

Blood Sacrifice, whether human, animal or any living thing, are made during some of the black magic rituals that are designed to call directly upon the NAA, feeding them with loosh.

Also, the ritualist may desire to conjure aspects of dark energy intelligence, such as the elemental forces that directly connect into the black magic grids.

The NAA rewards ritual sacrifice and the killing that happens in wars, because this is the main food source of collecting loosh, as well as satisfying their addictive sensations that they get from ingesting the fear hormones that are released from the person or animal during its ritual killing. 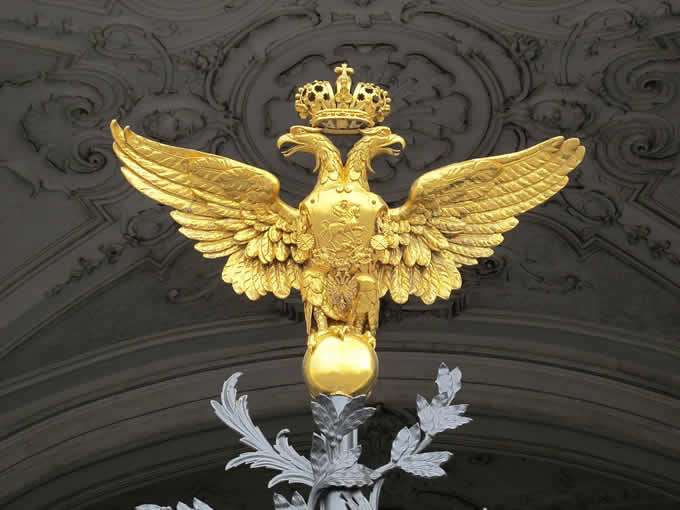 Promote disinformation and suppression of accurate knowledge within the hard sciences, academia, inventions, and advanced technologies with the exception of those that are approved to promote the death culture objectives of the NAA and Controller groups.

Consistently control the mass perception of reality to be created in terrorism, cataclysm and pestilence fear programming that is carried out through the beliefs held in the biblical revelations, through an artificial mind control program known as Armageddon software.

Armageddon programs are designed to trigger subconscious memories in the collective consciousness, of previously hidden timelines of traumatic devastation that was caused by the NAA, such as the warring events that took place during the Luciferian Rebellion and Atlantian Cataclysm.

This keeps people in a constant state of survival and poverty consciousness, unable to develop the personal strength required to cultivate self-determination and personal sovereignty.

The use of inverted systems in the non-profit organizations and religious institutions that are set up as storefronts used for international money laundering or criminal activities under the guise of humanitarian causes or charities, when the funds are collected for the express purposes to continue to enforce human misery and human suffering. 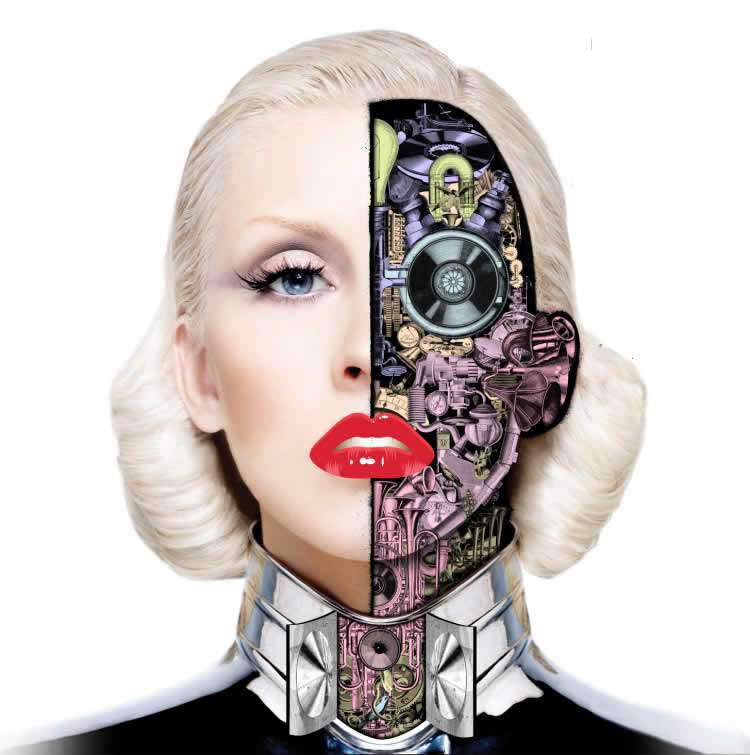 Transhumanism and Transgenderism are used to further promote the death culture’s intended agenda to destroy the heart and Soul, the compassionate and empathic divine human being, through the intended annihilation of the true essence of both the Masculine and Feminine.

In order to disrupt or destroy the unifying potential of the androgynous lightbody in the DNA of the human being, the first directive would be to attack the inner and outer gender principle in all ways possible.

The NAA promote counterfeit creations through inciting confusion in the death process, obliterate the knowledge of the Lightbody and Soul, spin confusion in sexual conduct and concepts of marriage and children, instill gender confusion in expected roles, and then start to blend human bodies with animals and machines.

The mind control used for gender reversal distortions are the most traumatizing, from painful memories existing between men and women being forced to abuse each other, over and over.

These gender distortions have been used to propagate some of the deepest levels of spiritual abuse, sexual misery and personal torture that could occur to a race of beings.

True spiritual marriage as a part of natural biological spiritual Ascension was stolen from humanity through the NAA alien invasion, and the pain of that theft and the emotional abuse has damaged many people’s hearts.

Human Trafficking is the sale or barter for humans into slavery by other humans and non-humans.

This is a massive epidemic on planet earth, and it also exists off planet earth and is referred to as Galactic Human Slavery. Generally, a person is culled for certain purposes and then abducted, captured from their families and sold or bartered for many purposes including manual slave labor, sex trade, engineering, and manufacturing.

The person is mind controlled under a system of threats, intimidation and torture to remain compliant and submissive to the acts they are forced to perform for their handlers, who may be human or non-human entities.

In poverty stricken third world countries, or during mass migration of refugees, children are grabbed from inattentive parents or offered a few hundred dollars to take their child. This level of human trafficking brings in many hundreds of thousands of people per year into the slave trade both on and off planet.

Currently, the World Slavery system is used to parasitize soul energy but also to superimpose karmic exchanges on the masses, and is an important reason the NAA fight so hard to retain their control and access over earth and the trafficking of its inhabitants. It is estimated that at least 8 million children worldwide go missing each year.

Ask yourself the Question:

Who is benefiting from the enslavement of human beings on planet earth?

Who is benefiting by having sex with our children?

Every action you take to educate yourself, any action that is taken to help educate others on these topics, no matter how small, helps to bring an end to slavery and human suffering from servitude.

Together, if we can understand what is happening on the earth and open our eyes to actually see these hidden agendas of Satanism and Luciferianism, across all paths, we can unite to end human slavery for the future generations. This is the true purpose of the Guardian host Christos mission to support planetary ascension and the liberation of humanity from the oppressors.

As we move through these turbulent times, remember that Love is the answer. Please only take what is useful for your spiritual growth and discard all the rest. Thank you for your courage and bravery to be a truth seeker. I am God, Sovereign, Free!

Until next, stay in the luminosity of your Avatar Christos Sophia heart path. Please be kind to yourself and each other.