Portals in Libya The Mafa Order And Brazil – Platinum Fleet 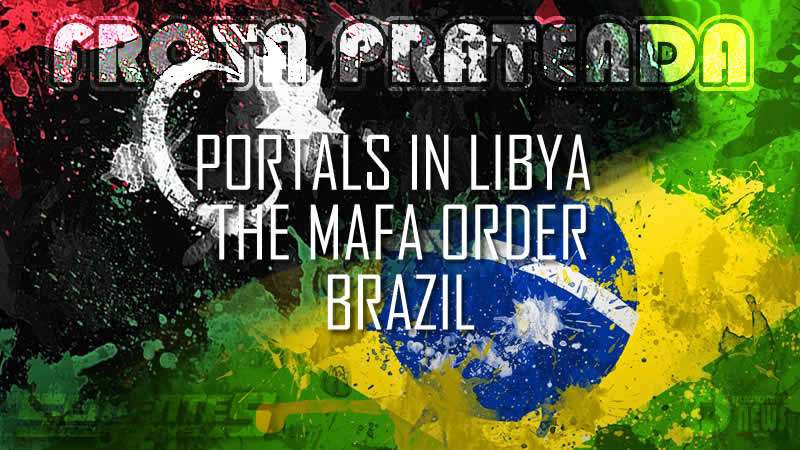 Portals in Libya The Mafa Order And Brazil. By Gabriel RL.

We return, Comrades Allies, with a little more information about the inevitable movements that happen in your world! This Kingdom is, in fact, being altered completely and having all the evidence that this is in progress, being explicitly shown in various media.

The way you have been led for many ages has overstretched your fields and it is time for a change that will positively affect all of you, restoring your self-esteem at first, ensuring that you breathe new, empowered and animated airs.

A sequence of special protocols remains to be followed, ensuring the maneuvers that have led the bumblings to go into deep despair as their “pot of gold” has dried up and they have nowhere else to draw resources for their trappings.

These sissies have become drunk for ages with their disempowering energies of lack of self-esteem, wars, and now, of course, they no longer know what to do, as you are with your EYES WIDE OPEN.

Knowing this, the bumblings are trying to open a portal in Libya so they can escape from the Planet.

Knowing also that their actions in Syria are surely being blocked and that the portals there are well guarded, as we mentioned in our last message, they are seeking other means for this escape. Sad belief, because there is no way to leave the Planet without our “visa” 😀 and we have no intention of giving it. 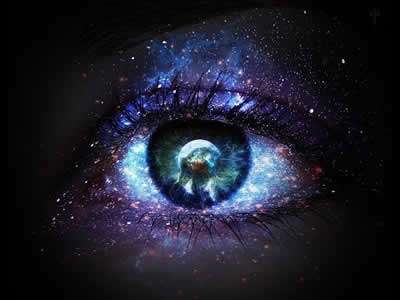 Eye on the Universe

Many ages ago, there was a spiritual leader in that region of Libya called Mafanain who promoted many cures and obsessive releases. Mafanain taught many of his disciples the art of Interdimensional Portals, showing them how they worked and how to cross through those sacred gates that led to other points on your Earth and/or other points in your Solar System and beyond.

There were also clashes, a rebellion among some of the disciples due to the tremendous greed that was anchored by some hearts in the midst of the “apostolate.”

Some people wanted to know more than others, conflicts began, and thus opportunities for malicious bugs to penetrate and abuse as much as they could from those movements.

Thus, after many moves to calm down and restore peace in the center of the collegiate, it was decided that the Portals would be closed indefinitely and that the respective classes would only be given to certain special groups that had pure of intentions .

Mafanain consecrated some of his disciples and gave them the power to open and close the Portals. The lineage of these beings went on passing from one to another this consecration/authority over the Portals.

There are then souls incarnate descendants of these early disciples of Mafanain, and it is there that the bumbling sappers go to search. Oh, bumblings! Obviously our allies on the surface have already been informed.

A special guard is being sent there, as well as the first descendants are being guided and protected so that they remain inviolable with regard to protecting the Portals, and not delivering the sacred keys/codes that, in the wrong hands, would cause great problems.

Beloved comrades, we invite you to create a magnetic field of protection throughout the region of Libya, involving it in this inviolable security energy.

The old Mafa Order will be secured by our allies on Earth, and from above, we will secure the “Eagle Eye” on top of the blunderbusses, observing each of their footsteps and intentions.

Other points that our elders mentors have allowed us to explain is about the karmic energetic situations on the country of this Kingdom called Brazil.

Of course, there are so many questions and dissatisfactions on the part of many of the inhabitants of this country that what we can say and ask to: Have Faith!

You are in the midst of one of the, if not the most, fantastic transformation of this country/continent! Old timelines are being restored and illuminated.

Old “enemies” return and “faced” in order to solve their problems, and thanks to the Power of the Heavens, they begin to see the greatness of the Love of God, the necessity of unity and cooperation.

Dear Comrades Allies, although much confusion is shown in your traditional media, it is known that much is changing and those responsible for this change are you! Hallelujah Hallelujah!

You are entering an enlightened state of consciousness that leads you to realize more clearly that corruption needs to be treated from the root, and you know that the root is the little gestures such as, simply, not taking advantage of a chaotic situation to make it even worst.

When a country is in chaos and this chaos is used to promote and/or win, they only enlarge the confusion and make it difficult for you to leave and also the exit of others.

You are having the opportunity to show your leaders the honesty of birth and to generate, from there, the energy that will put rulers as honest as you.

You are the transforming power. It is you who are “shaking the dust and going around”, as you have always done! Hosanna, Hosanna!

Be proud of honesty and humility in your hearts, and know that it is this energy that is paving the way for leaders who think more about people and equality.

That’s enough for now! There is more information coming. Be ready! We will inform you more and more, as our Elderly Masters will authorize!

We continue with our important reports about certain moves! We will come back when we are authorized ! Comrades, know: when the Heavens entrust you with a protocol, they seriously trust your inviolability to do it! With each inviolable fulfillment, you acquire special certifications to go further, beyond, and beyond!

You are assuring the change of ages in this realm, and nothing else can make you change that focus! Know, Comrades! You are watched, uninterrupted!

Call us any time, without ceremony! Oh gosh! We are working with you, we are allies, know this!

All your inheritance is guaranteed and being exposed now for each and everyone, so as to use this force and definitely guarantee the change!

It’s been a long road, and you, dear Comrades, are paving experts! Oh! Hallelujah Hallelujah! The Great Masters were right when they entrusted this noble task to you! Hosanna! Worthy! Worthy and Worthy!

Each day, a new domino falls and pushes another to the next move! We say this, always based on the Certainty of the Heavens! We see the broad picture and it inspires us to speak with such certainty!

A new world is being born, and even if all the curtains have not yet been fully erected, when they will be, it will be spectacularly fantastic! Believe in us, dear Comrades! We’re seeing everything from inside the curtains! We know what wonderful is coming up! Hosanna! Hosanna!

The heavens are truly in celebration! We know that our truths resonate with your truths because, deep down, it is ONE. That’s why we’re together! That is why with each message of ours we look forward to the next when we will communicate again in this way!

Hello, hello, Tripoli (Libya)! We’ll give a “hello” Someone out there? It would be a pleasure to stop in the air for a Selfie! :-DECREE

We want our videos on YouTube! We love to see each other there! 😀 We will be more visible at night, this time!

The borders are being cut! Unification is coming! Love will prevail! The heavens have decreed, and so it shall be! This is not a simple will of ours. This is a DECREE! Know that, Comrades!

Oh, dear ones! Know that the countless Fountains and the endless Prosperity of the Heavens, in fact, are yours!

We will return when appropriate! It’s good to talk to you again! Always is!